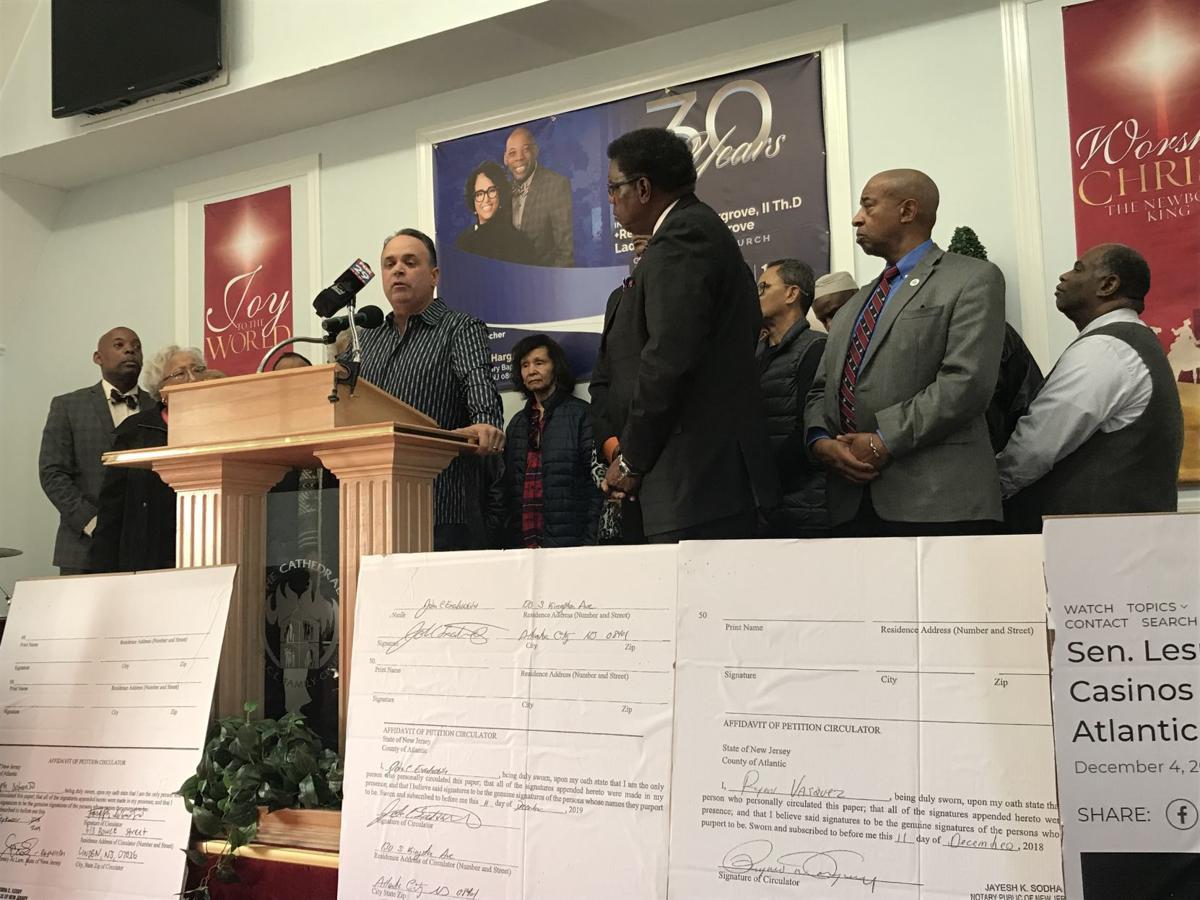 Atlantic City Council President George Tibbitt speaks during a news conference at Grace Family Church against the petition effort to change the city’s form of government. Below him are oversized samples of submitted petitions that highlight that the effort is being helped by people who live outside Atlantic City. 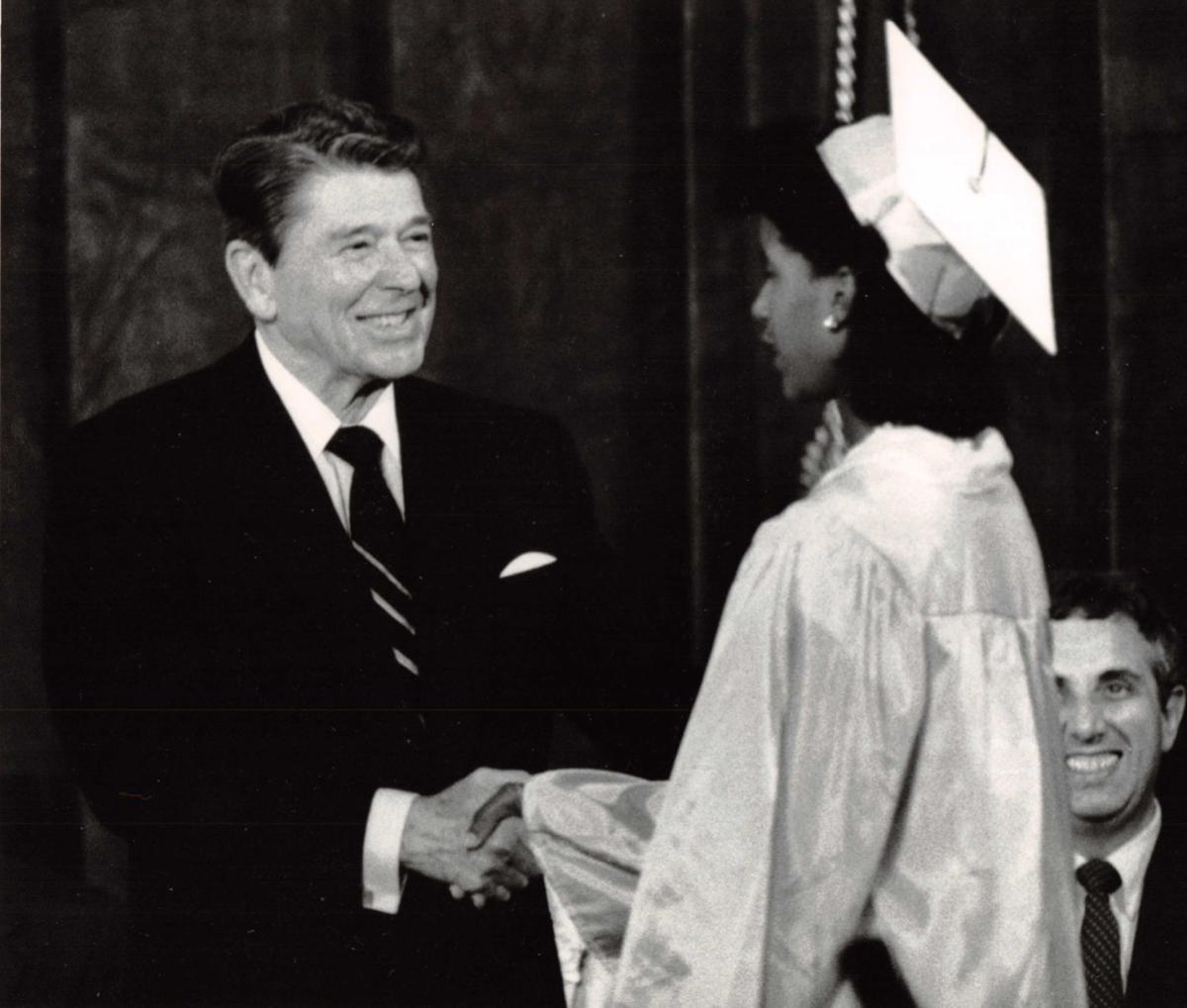 President Ronald Reagan at the commencement ceremonies at Glassboro High School in New Jersey on June 19, 1986 and shook hands with all 130 students graduating. Photo by Gregg Kohl, Press of AC.

Atlantic City special election on change of government set for March: Mayor Marty Small Sr. said the petition submitted in December and rejected by the City Clerk’s Office last week “appears” to have enough legitimate signatures and a special election is scheduled for March 31.

Hearing postponed for man arrested with weapons at Coast Guard base: After a less than five-minute appearance in Cape May County Superior Court, the hearing for Dustin A. Peters, 25, of Wilmington, North Carolina, was pushed to Friday at the request of Chief Assistant Prosecutor Dara Paley.

Kylee Watson scores 27 as Mustangs hold off Vikings: “We definitely had a lot of adversity in the beginning, especially losing Cam (Dirkes),” Watson said. “We haven’t lost three games in a row in my career here. But that really helped us to find our identity and realize we need to try harder as a team.”

President Ronald Reagan at the commencement ceremonies at Glassboro High School in New Jersey on June 19, 1986.

Prohibition, formally known at the Volstead Act, prohibited the manufacturing and sale of alcoholic beverages and was officially enacted on Ja…

The Press of Atlantic City is compiling a list of events around Martin Luther Kind Jr. Day. Email yours in to newstips@pressofac.com.