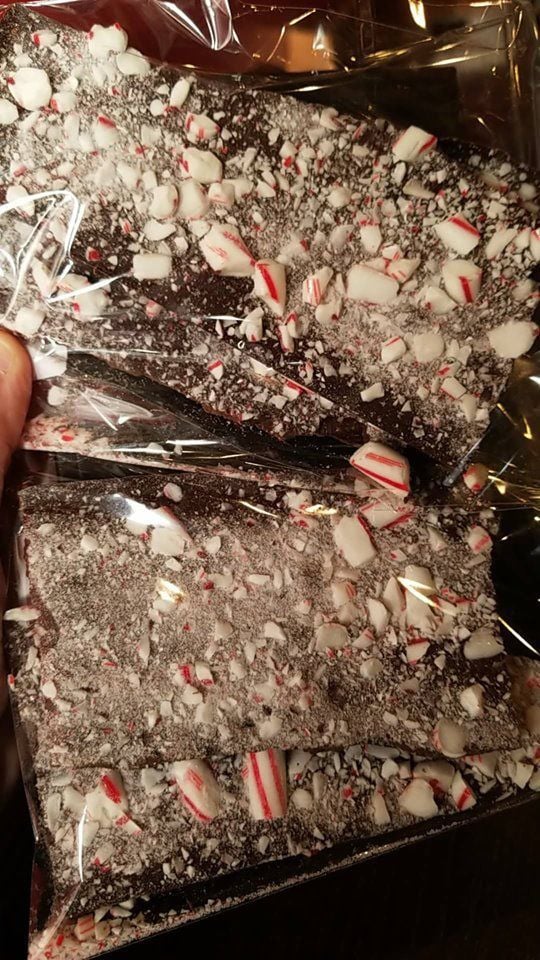 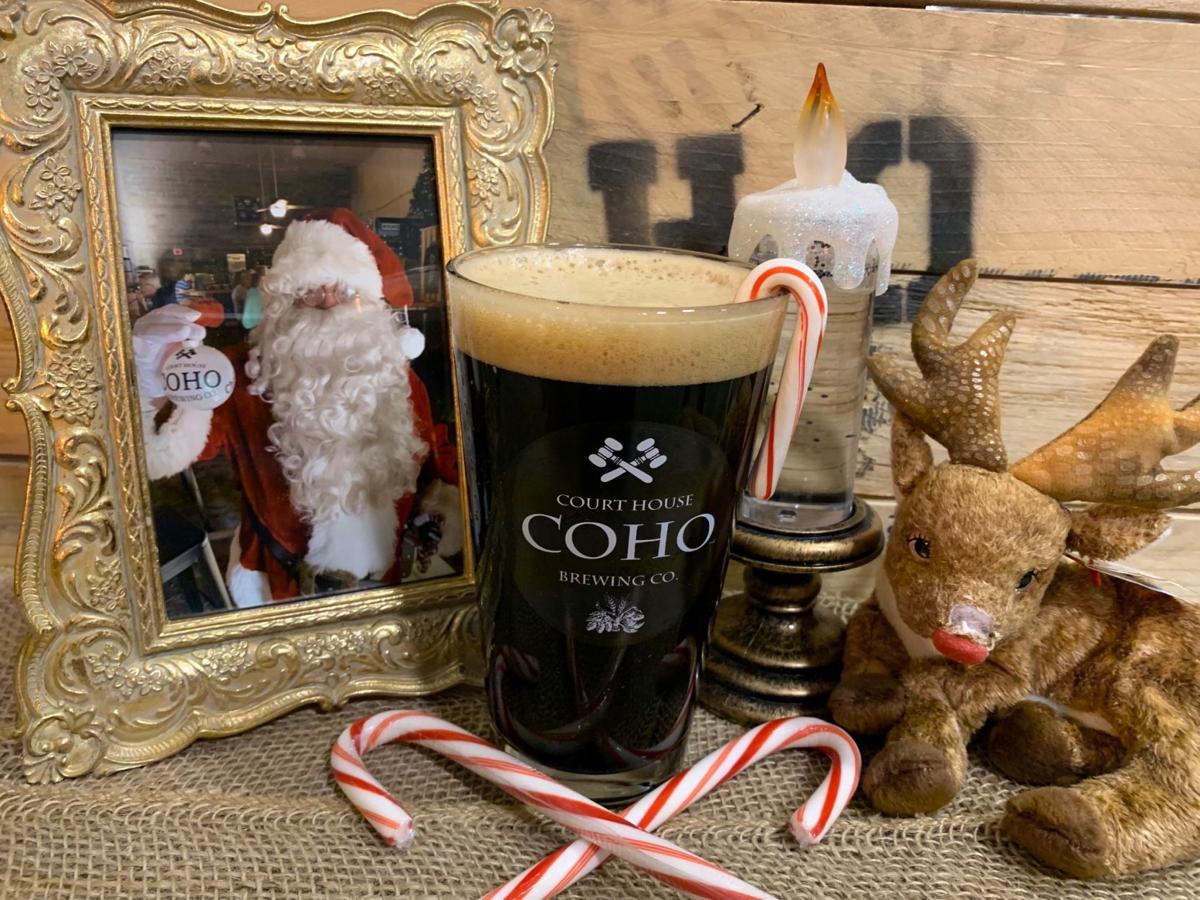 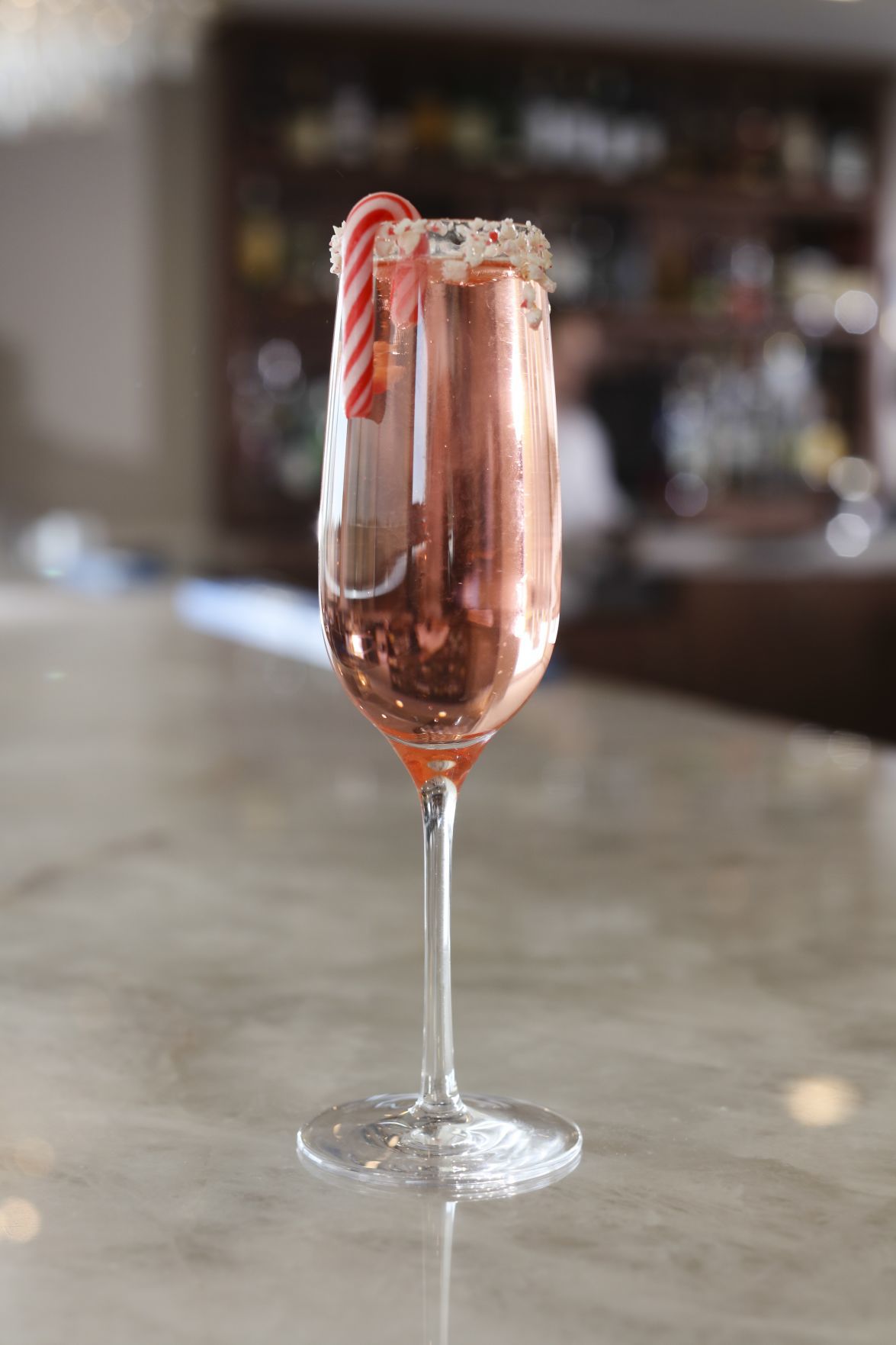 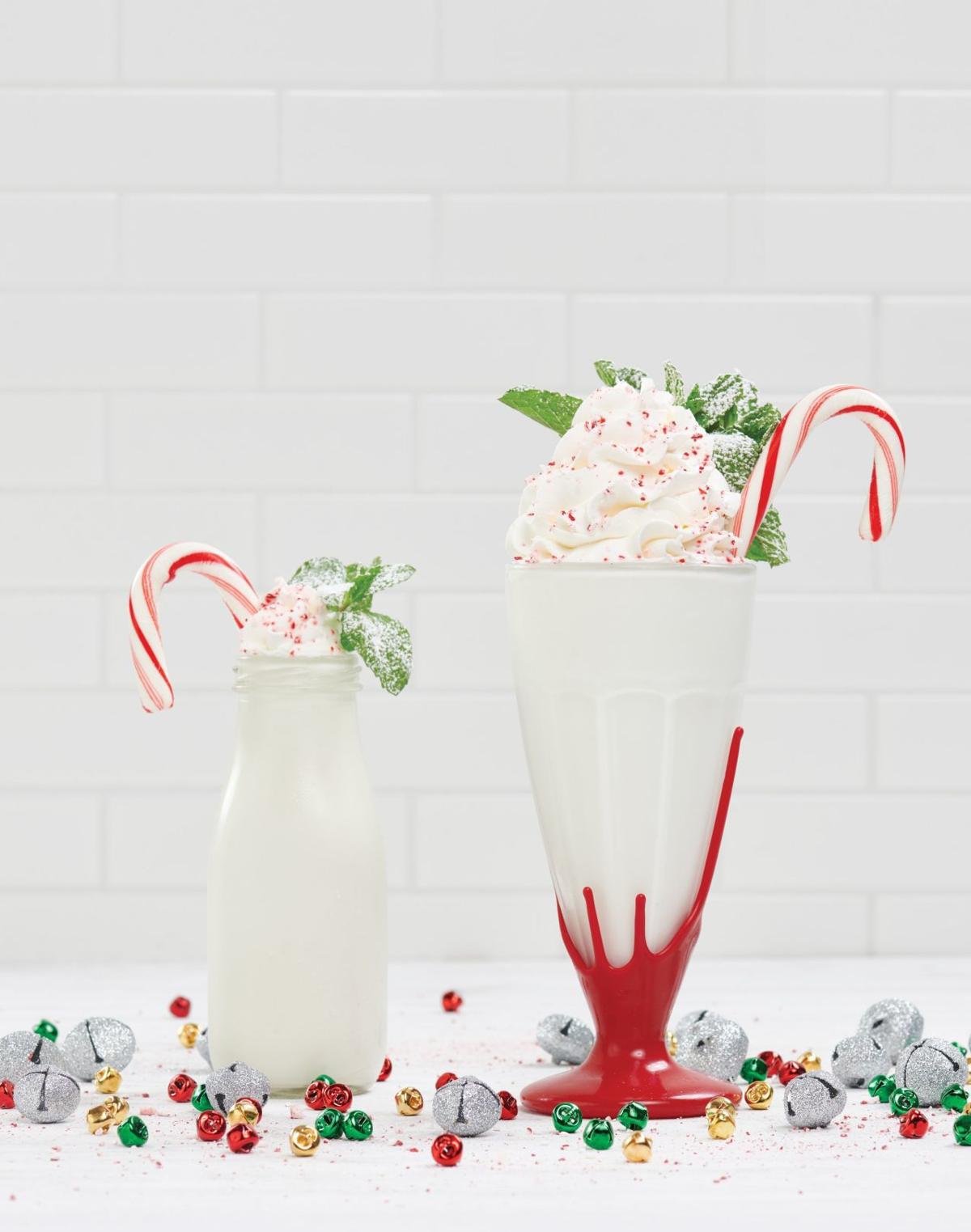 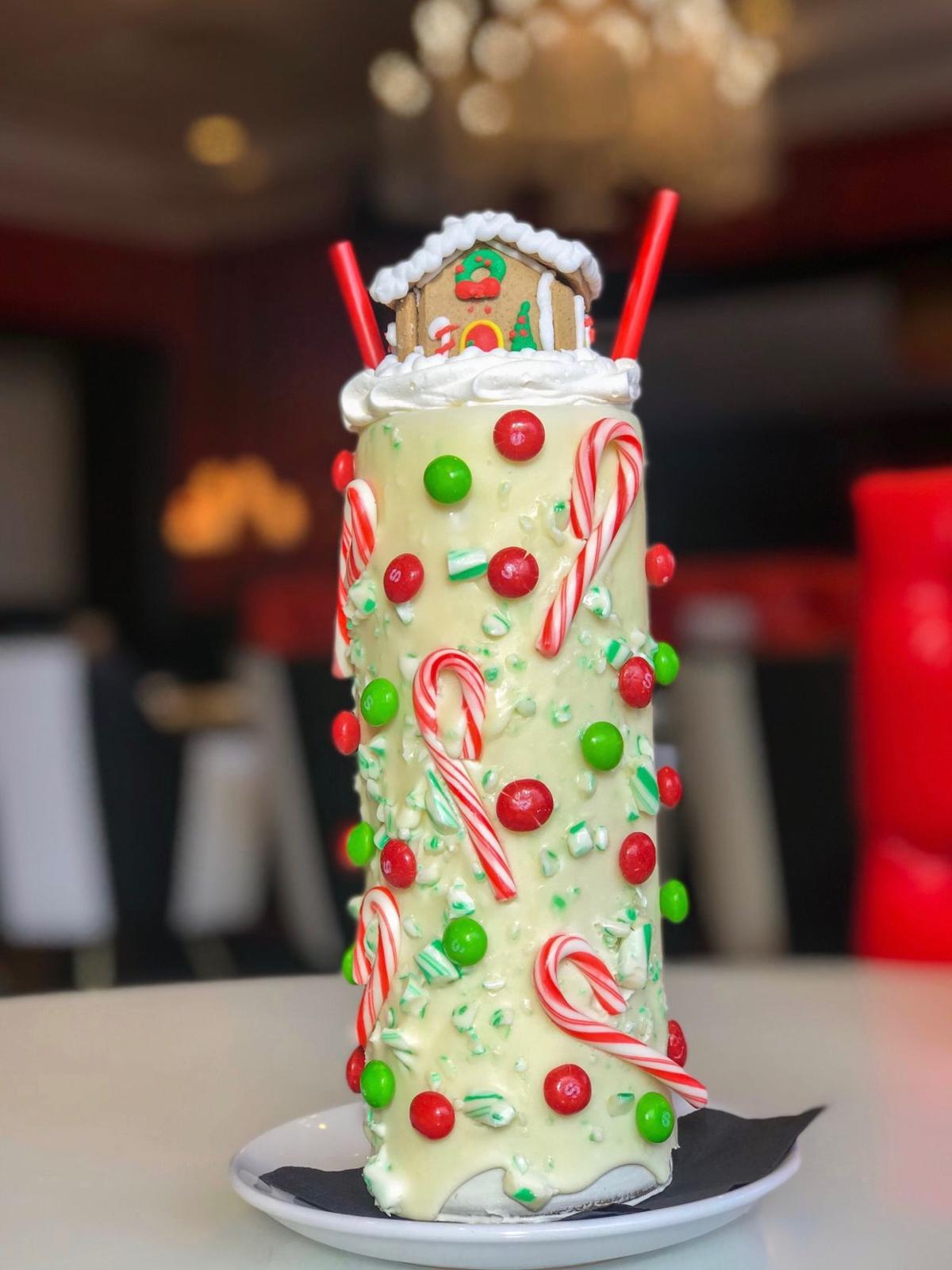 Maybe it’s the sight of candy canes on the tree, or the chilly sensation in your mouth that comes after the first taste hits your tongue. Maybe it’s the evergreen and snowy white hues that make up its visual presentation. Who knows?

Whatever it is, peppermint seems to thrive as a symbol of the holiday season. Like clockwork, come December everything from peppermint bark to peppermint mocha frappucinos descend from the heavens, giving us one more tasty reason to declare this “the most wonderful time of the year.”

Here are a few spots to indulge in the tastiest of peppermint-based creations.

Owner Karen Buckingham and her brewer Mike Johnson knew they had a great name for a holiday beer when they thought up COHO-HO-HO. The question was what should a festively named brew like this consist of? Inspired by candy canes, they started with their traditional porter and added subtle notes of peppermint and other spices until it was just right. Served with a candy cane garnish (which can be slipped in for extra mint flavor) Buckingham describes it as “the perfect beer to sip by a fire.” We agree. COHO Brewing Company is located at 28 Indian Trail Road in Cape May Court House. For more info, go to COHOBrewing.com.

Situated in the already ridiculously cozy Smithville Village, the Colonial Inn serves as a quaint bed and breakfast for those looking for a relaxing weekend. Adding to the coziness is their Mint Hot Chocolate, a luscious and sweet way to warm up on a cold winter evening. Much like Mrs. Doubtfire, this spot can “yo yo make a wicked cup of cocoa.” The Colonial Inn is located at 615 E. Moss Mill Road in Smithville. Go to ColonialInnSmithville.com.

The Pier House, Cape May

An elegant setting such as The Pier House in Cape May calls for an equally elegant cocktail. Sure you could skip the mixology altogether and order up a simple glass of wine or champagne, but you would be missing out on a lovely libation known as the Peppermint Bark Mimosa. This wintry wonder blends Prosecco with peppermint schnapps and a splash of cranberry and pours it all in a champagne flute rimmed with peppermint bark and a mini candy cane garnish. The Pier House is located at 1317 Beach Ave. in Cape May. Go to CapeMayLaMer.com

Hard Rock offers not one but two spots to grab the pepperminty-est treats around.

Sugar Factory: Never one to shy away from sweets, Hard Rock Hotel & Casino Atlantic City’s Sugar Factory has peppermint patties for sale year round in their candy shop, but for the holidays they have decided to take things up several notches with their ‘Tis The Season milkshake. And in case you thought this was just a minty version of the vanilla shake you got from the drive-thru, think again. This over-the-top creation starts with vanilla ice cream, blends in peppermint sticks and pours it all into a white chocolate ganache mug which is then decked out with crushed white and green candy cane pieces, red and green skittles and mini candy canes. Oh and if that wasn’t enough, it gets topped with a miniature gingerbread house that sits atop a pillow of whipped cream. It’s a holiday sugar rush you won’t soon forget. Go to SugarFactory.com.

Hard Rock Cafe: While you are in the business of sipping delicious minty milkshakes at Hard Rock, why not walk over to Hard Rock Cafe? Their holiday dessert menu features their new Winter White Shake — a limited time boozy delight made with Maker’s Mark Bourbon blended with vanilla bean ice cream, white chocolate and a touch of sweet mint crowned with white chocolate whipped cream, fresh mint and crushed candy canes all served in a red wax-dipped Maker’s Mark milkshake glass. Not in the mood for a buzz? They also offer a non-alcoholic version. Go to HardRockHotels.com. Hard Rock Atlantic City is located at 1000 Boardwalk in Atlantic City.

Over the last few years MADE has made a name for itself for serving up some of the most incredible cocktails and bean-to-bar chocolate you will find anywhere. But that doesn’t mean they are afraid to get into the peppermint game. In fact right now they are featuring their own chocolatey twist on Peppermint Bark that is out of this world. Their signature Candy Cane Peppermint Bark starts with single-origin Ghana cocoa 75% dark chocolate and tops it with crushed candy canes for a heavenly mint chocolate holiday treat. MADE is located at 121 S. Tennessee Ave. in Atlantic City. Go to MADEACChocolate.com.