Zack Wheeler, with first baby on the way, worries about coronavirus 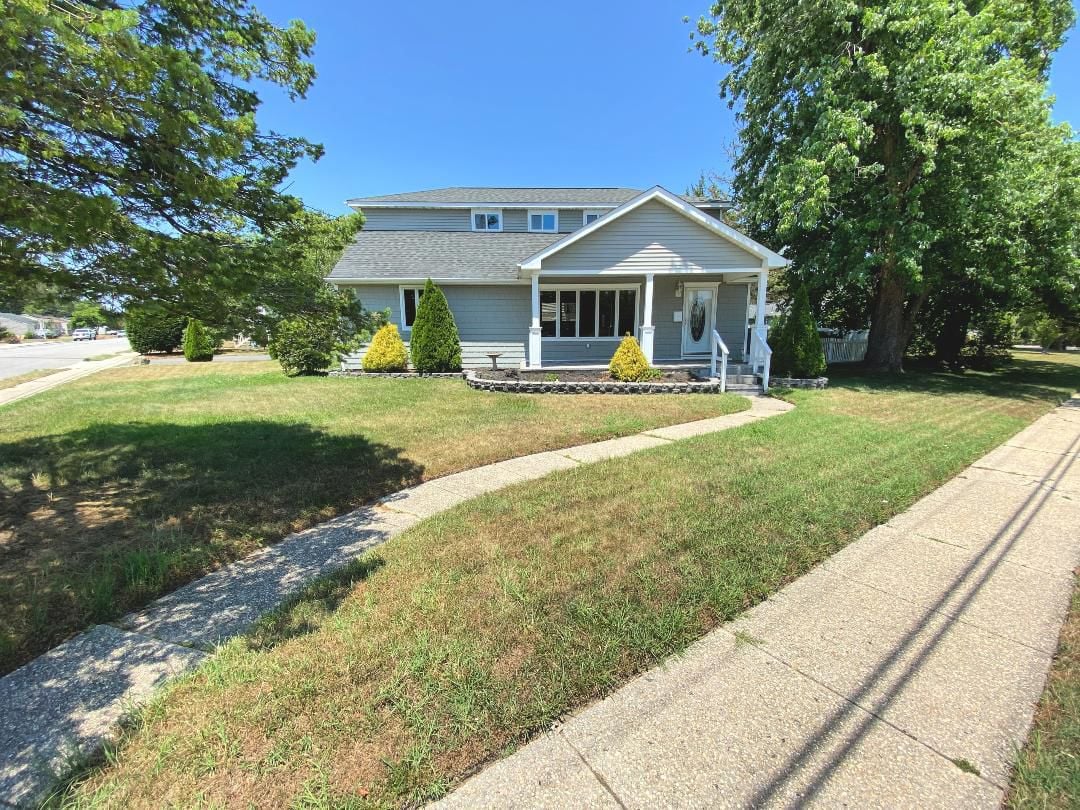 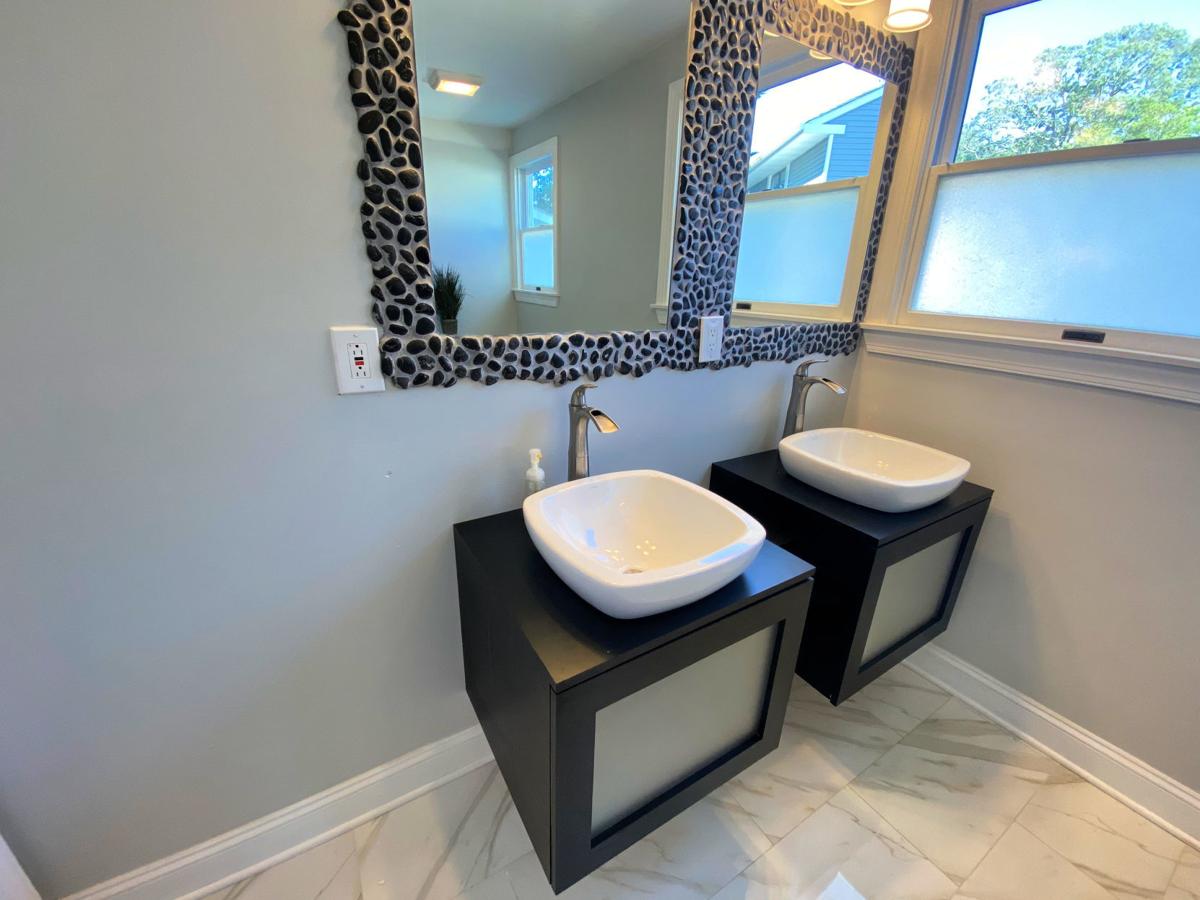 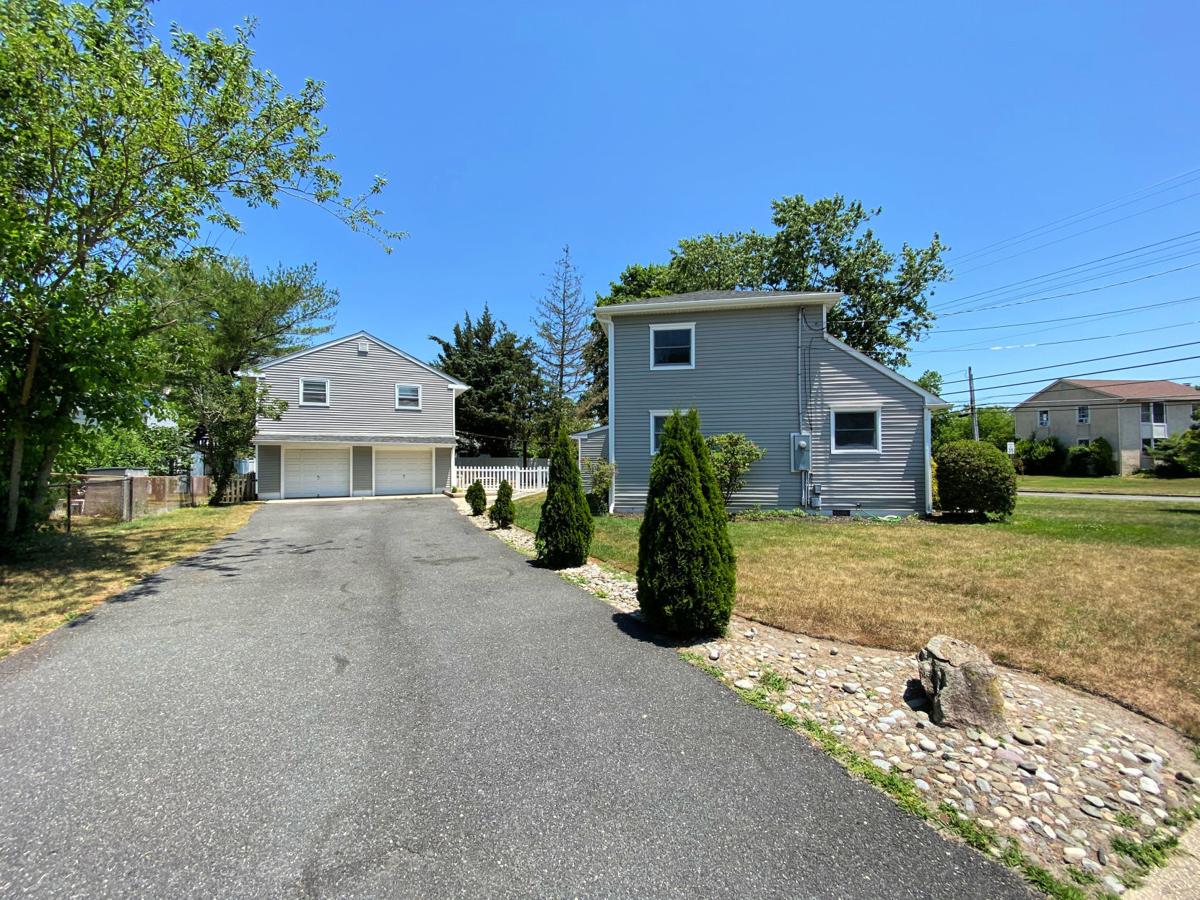 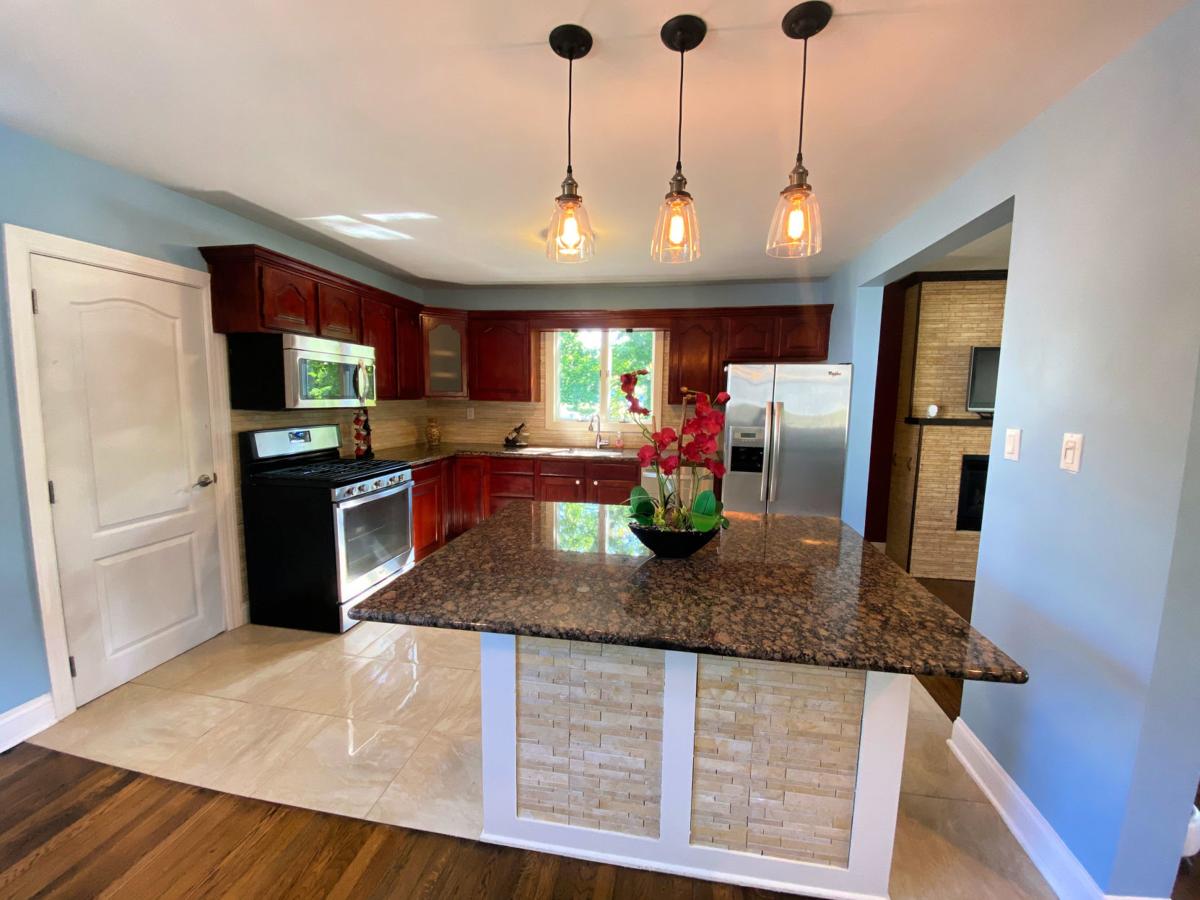 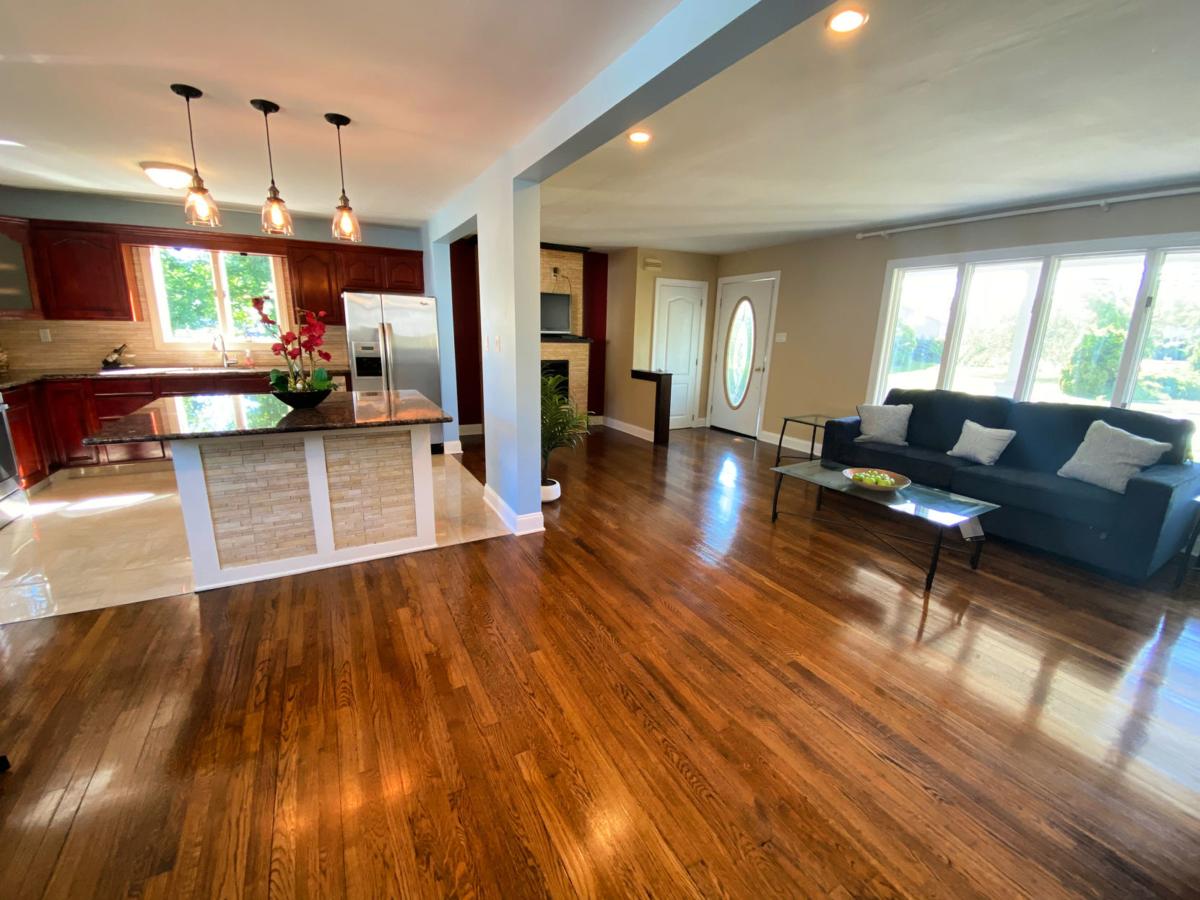 There’s a term you’ll find on the website of the popular PBS Series “This Old House” that could be used to describe one of the most striking attributes of the totally refurbished, four bedroom, two-and-a-half bath residence now being offered for the modest price of just $349,000 at 2211 Shore Road in Linwood. It’s “curb appeal”—the quality referred to in an offhand comment by its current owner and remodeler, Rob Parker.

“It’s so pleasurable to just pull up to this home,” he remarked.

But the inviting feeling that the exterior exudes, the sense of serenity conveyed by its vintage mid-20th Century façade, lush lawns, shade trees and nostalgic, detached two-car garage with its own loft, enhanced by the lights that Parker has strung around the rear deck, are only the opening act of this magnificent makeover.

Once you cross the threshold, you can’t help but be struck by how elegantly and meticulously this 1953-vintage two-story abode has been redesigned and retrofitted by Parker’s firm, RMP Enterprises, with every type of convenience and any number of gracious touches and amenities.

The “21st Century layout” he created, in addition to the integrated open-floor plan of the living room, dining room and kitchen, includes a first-floor master suite complete with its own elegantly appointed bath and walk-in closet, as well as three bedrooms and another full bath upstairs —an ideal family oriented arrangement.

“We also replaced the standard A-frame roof with a hip-style roof, and installed an engineered beam in the upstairs hall to both expand it and allow for natural light to flow through,” he noted.

But such craftsmanship is a reflection of the standard that Parker uses both in building new homes and revamping older ones—creating the kind of living space that he himself would want if he were planning on occupying the premises. “My passion is my work,” is how he puts it.

And therein lies one of the more unique aspects of purchasing this particular home: the remodeler’s relationship with his artistry doesn’t necessarily have to end once the closing is completed. If you should want anything altered, expanded, painted or customized, he and his crew remain available to do whatever is required, with the advantage of knowing how the house is constructed down to the last detail.

An example is that loft above the garage, which he described as an “escape” or “getaway” for a homeowner who might need extra room for a hobby, home business, or whatever (as well as extra storage space). But he also pointed out that “drains and lines have already been roughed” to install an extra bathroom there and potentially transform it into something more, like a full-fledged office space, guest accommodation or traditional “mother-in-law” suite—something he could do far more easily than an outside contractor who would need to start any such project from scratch.

The quality of his work, in fact, is already evident in myriad details, features and fixtures, such as all new beams, a quadruple-paned picture window in the living room, an open stairway with oak rails, espresso oak hardwood flooring, cherrywood cabinets, granite countertops, gas-log fireplace, Andersen windows, large polished porcelain tiles in the kitchen, custom Dante sinks in the downstairs powder room, and freestanding dual vanities and elevated sinks in the master bath, along with a custom-made stone framed mirror.

In addition, the house features Kohler and Moen bathroom fixtures and a full assortment of barely used Whirlpool appliances in the kitchen, which also features a granite-topped center island with three exquisite overhanging drop lights.

Another highly desirable feature of this home is its location, in a family-friendly neighborhood that’s just a few short blocks from two supermarkets, The Exchange food court and McNaughton’s Garden Center, and a short distance from both Belhaven Avenue School and Mainland Regional High School, as well as a few minutes’ drive to both the Absecon Island and Ocean City beaches.

Oh — and there’s also room to park up to six cars on the property.

To arrange for a tour of this “Gold Coast home being offered at a highly economical price,” as Parker puts it, you can call listing agent Paula A. Hartman of BHHS Fox and Roach at (609) 487-7234, or email her at redheadedrealtor@aol.com.