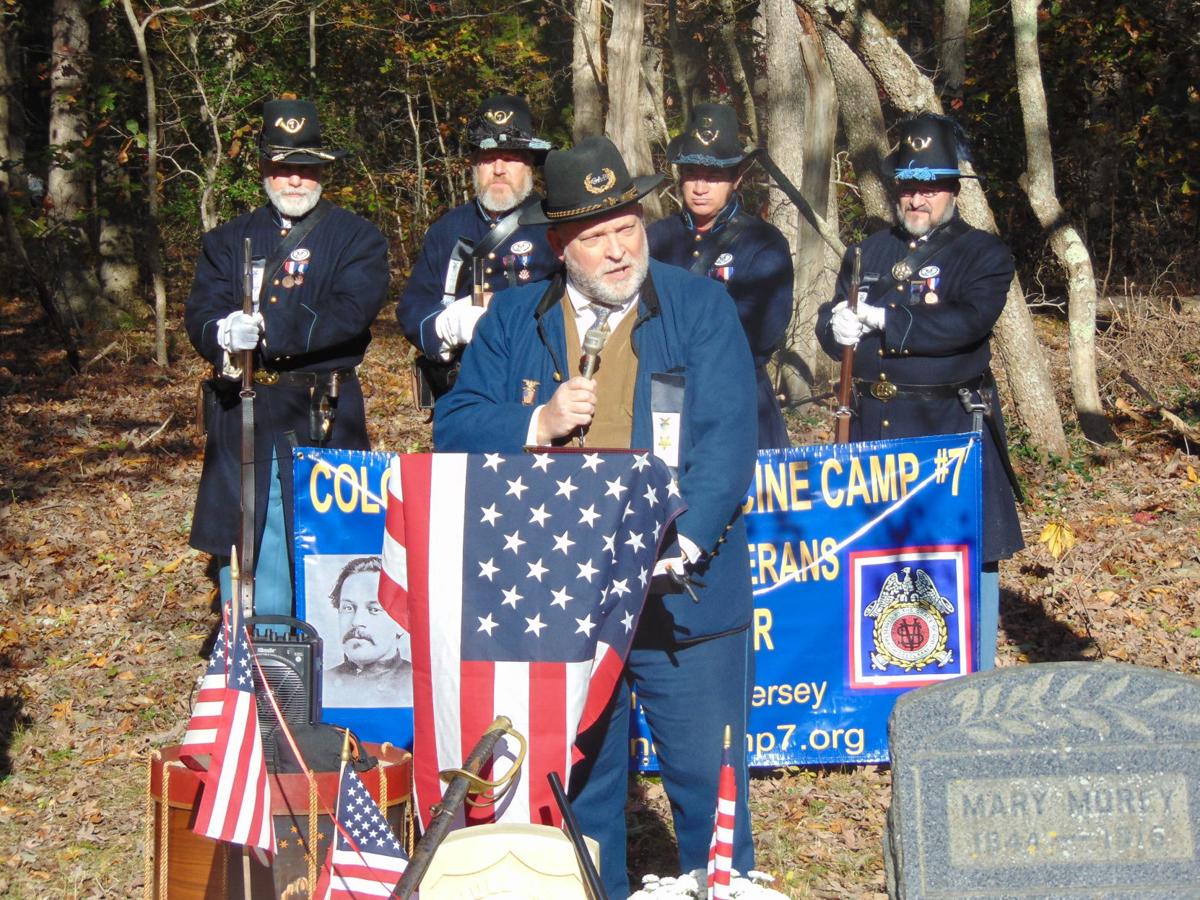 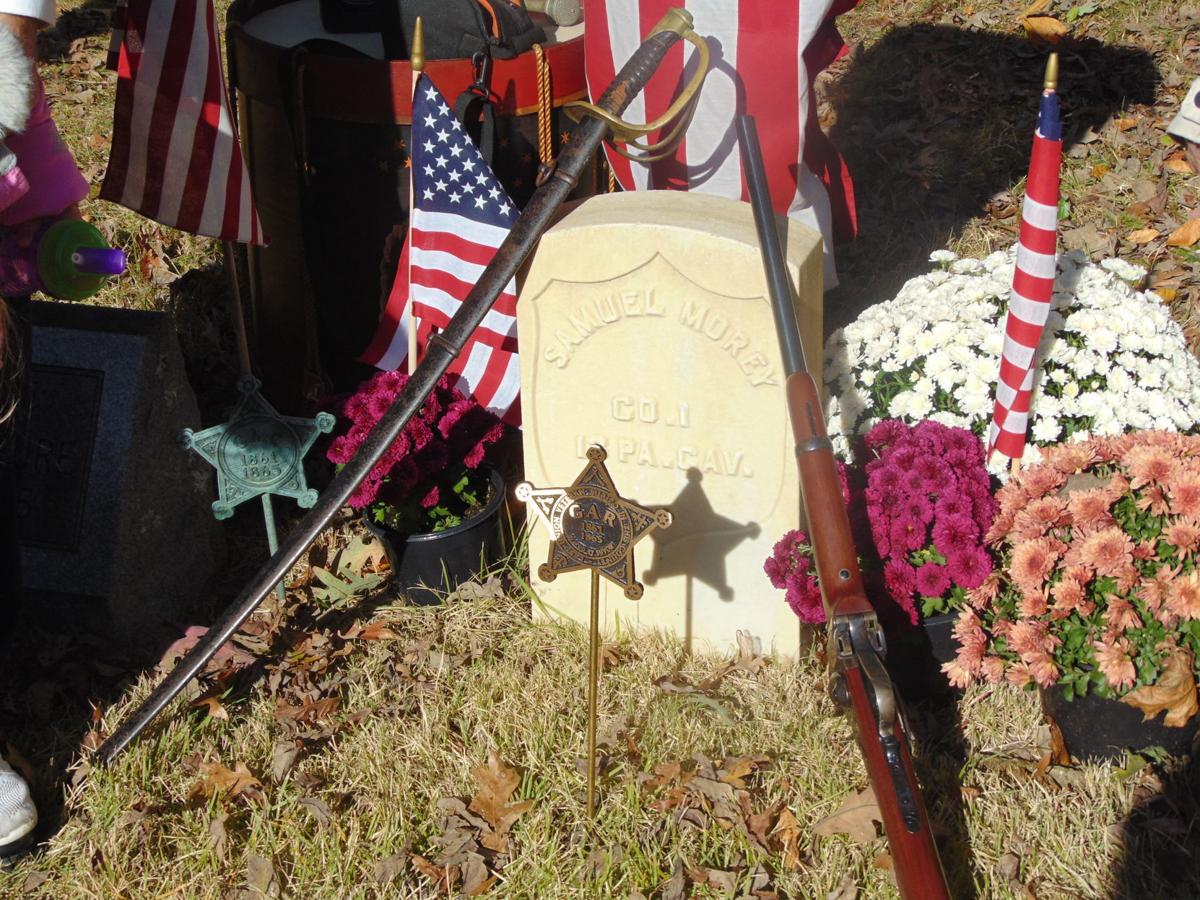 A marker is unveiled at the gravesite of Samuel Morey at the ceremony. 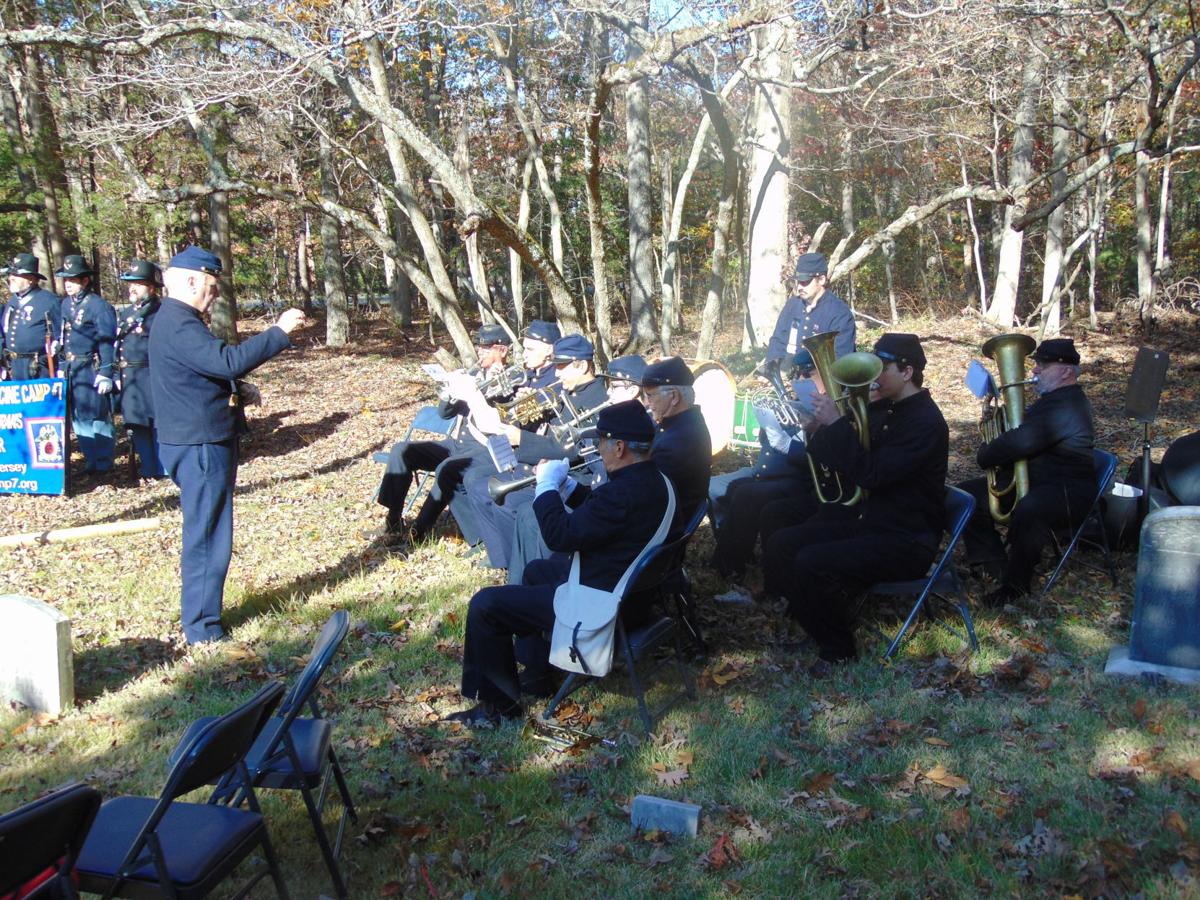 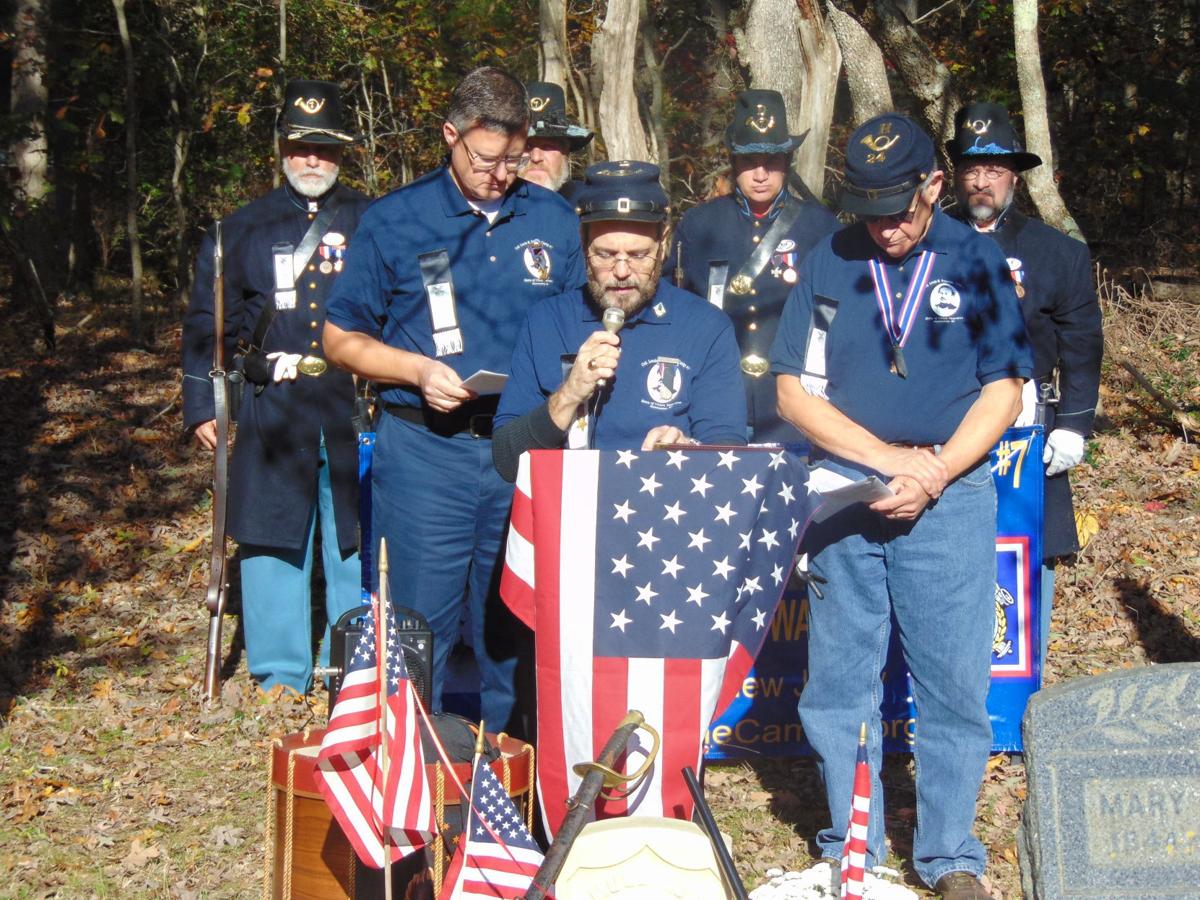 A marker is unveiled at the gravesite of Samuel Morey at the ceremony.

HAMILTON TOWNSHIP – Samuel E. Morey was a United States Army veteran who died on February 20, 1943. What makes him unique is that he passed away as the last Atlantic County resident who had served in the Civil War.

Morey suffered a fall shortly before his passing, but his official cause of death was old age and pneumonia at age 103.

A Program of Dedication was held in the Union Cemetery in Mays Landing on Saturday, November 2 to commemorate his life and dedication to his country. As part of the ceremony a marker was unveiled at his gravesite by three of his descendants.

Frank Tomasello, Commander of the Louis R. Francine, Camp #7, Sons of Union Veterans of the Civil War, welcomed the attendees. “On behalf of the Sons of Union Veterans, I welcome and thank you for being here to help us celebrate the dedication of Atlantic County’s last Civil War veteran’s marker,” he said. “The Civil War was the greatest crisis this country ever faced. Had the outcome been different, we would have ultimately ceased to be as a nation and the principles of self-government and democracy would have been lost to humanity for many, many years, if not forever.”

“The Union was saved by humble men like Samuel Morey who answered the nation’s call, left their families, their livelihoods, the comforts of home and faced unrelenting hardship and danger to their lives and health. Through the sacrifices of these men, the nation was not lost, and we emerged not only a stronger nation but a better one.”

Andrew McGill, a third great nephew of Morey, addressed the crowd. “Samuel Morey was born on December 27, 1839 in Bass River Township,” McGill said. “His mother died when he was young and he enlisted in the 13th Pennsylvania Cavalry, a regiment that was primarily Irish, in August 1862. He earned $12 per month for his service in the army.”

“Having been a farmer before he enlisted, one of his skills was handling an axe. He became invaluable for clearing roads and bridges to help the army advance.”

“After the war, he found that his wife had deserted him. He then married Mary and the couple had six daughters and one son. Morey worked as a day laborer and collier until his body began to fail him. He moved in with one of his daughters and lived with her in Milmay until his passing.”

As the last county veteran, Morey was also the last member of the William J. Sewell Past # 47 of the Grand Army of the Republic which met in Mays Landing.

The event was sponsored by the New Jersey Sons of Union Veterans of the Civil War (N.J.S.U.V.C.W.) and the Colonel Louis R. Francine Camp # 7.

The Louis R. Francine Camp is named for the highest-ranking New Jersey Officer killed during the Battle of Gettysburg. He was mortally wounded on July 2, 1863 supporting an artillery battery. He died of his wounds two weeks later.

Beginning in September of 2003 the national organization of the S.U.V.C.W. embarked on its Last Soldier Project. The purpose of the project is to locate and mark the final resting place of the last Civil War soldier buried in each county in every state.