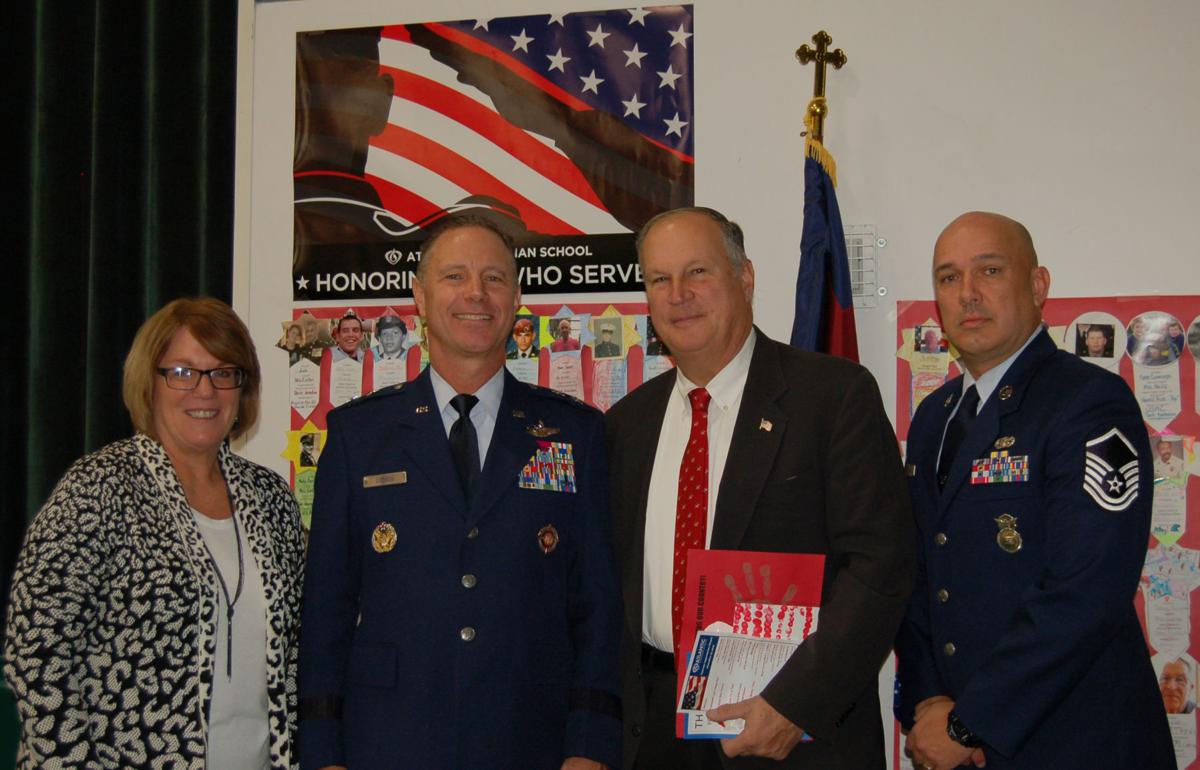 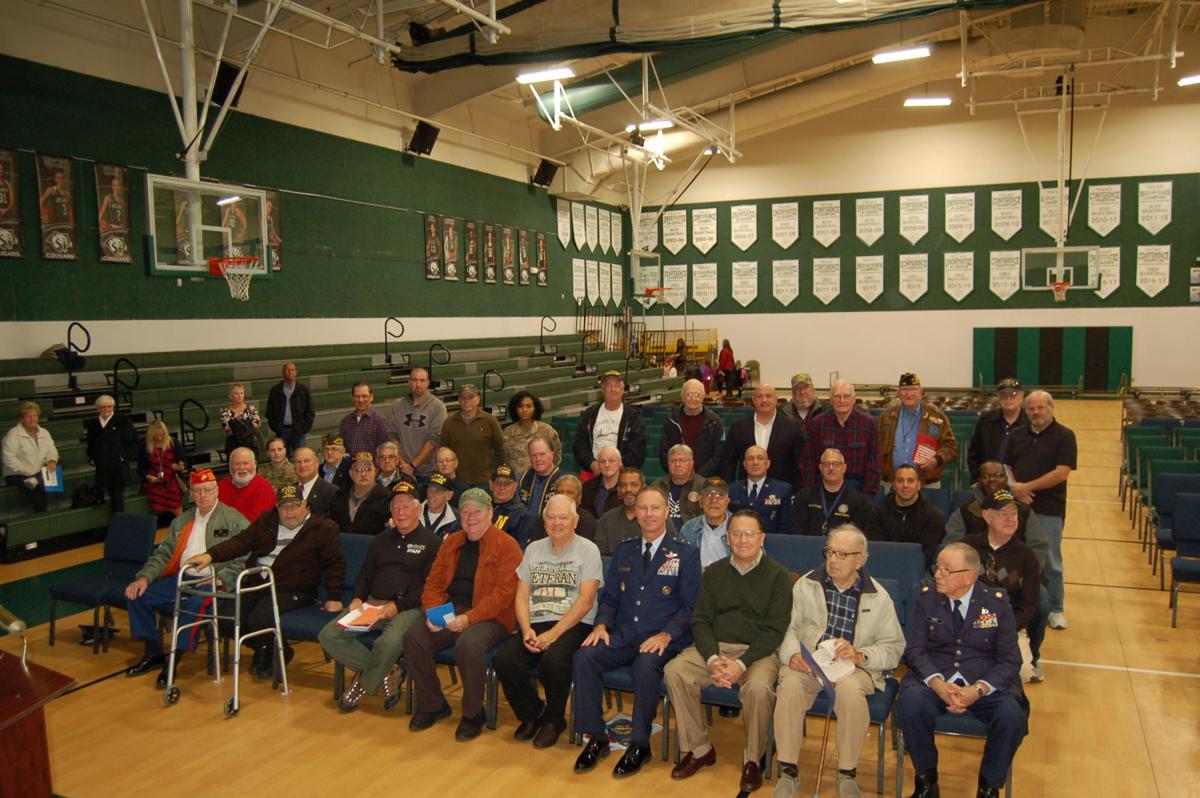 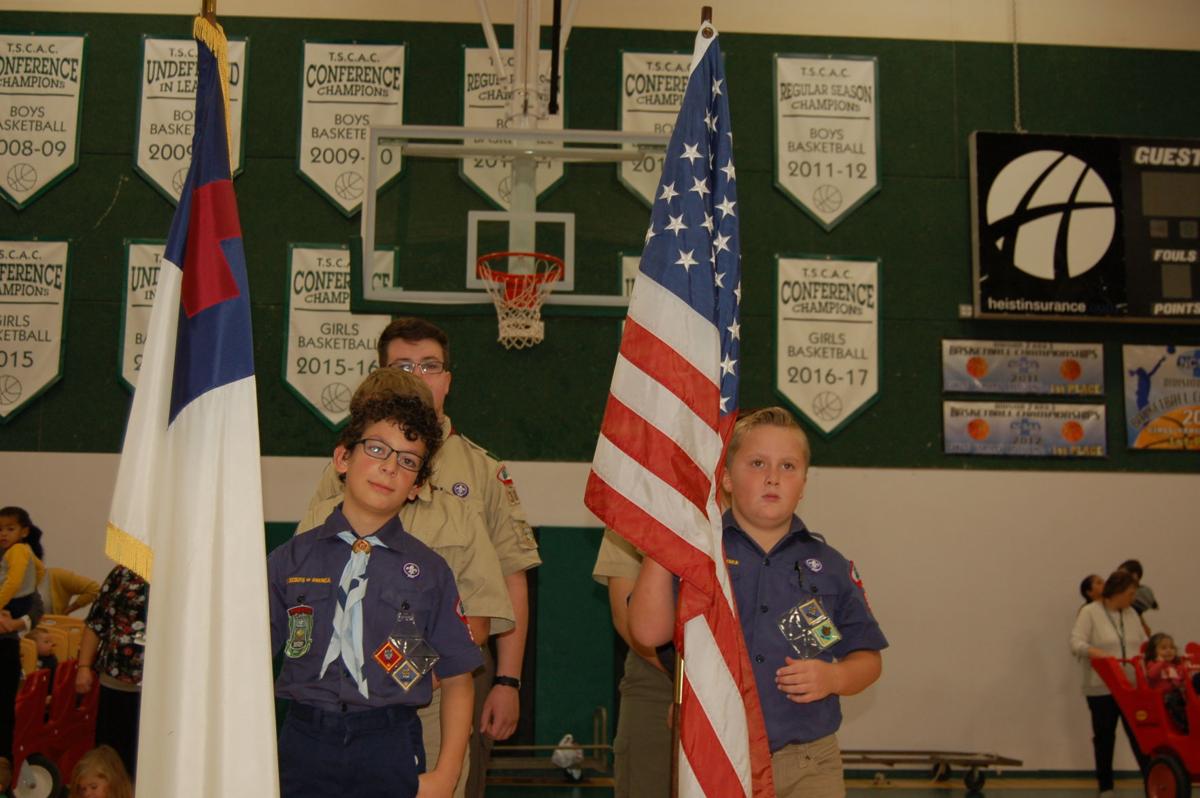 Boy Scout Troop 389 did the presentation of colors. 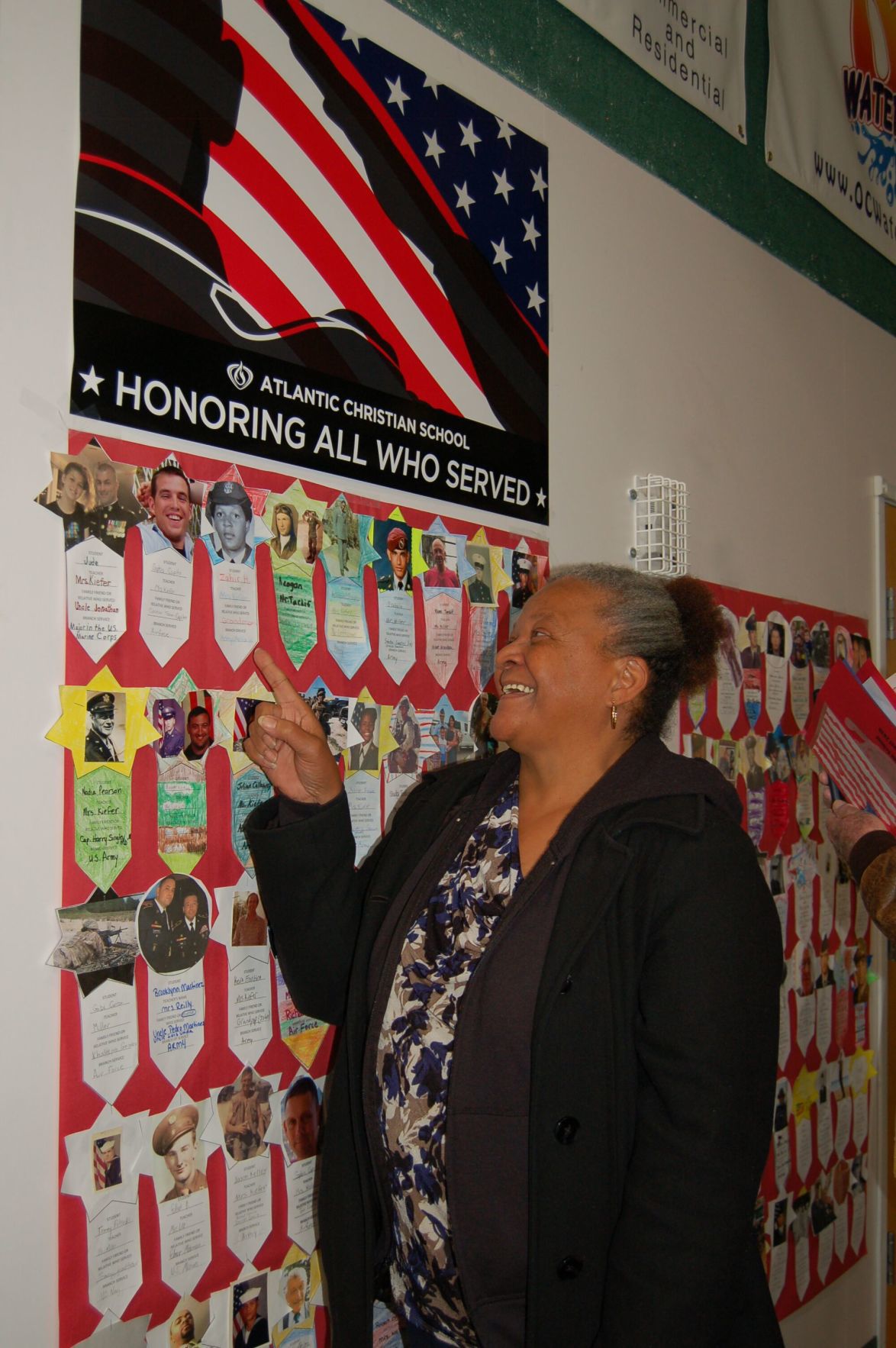 Veteran Lydia Johnson looks at the veteran ribbon her grandson Zahir Hollis created for her. 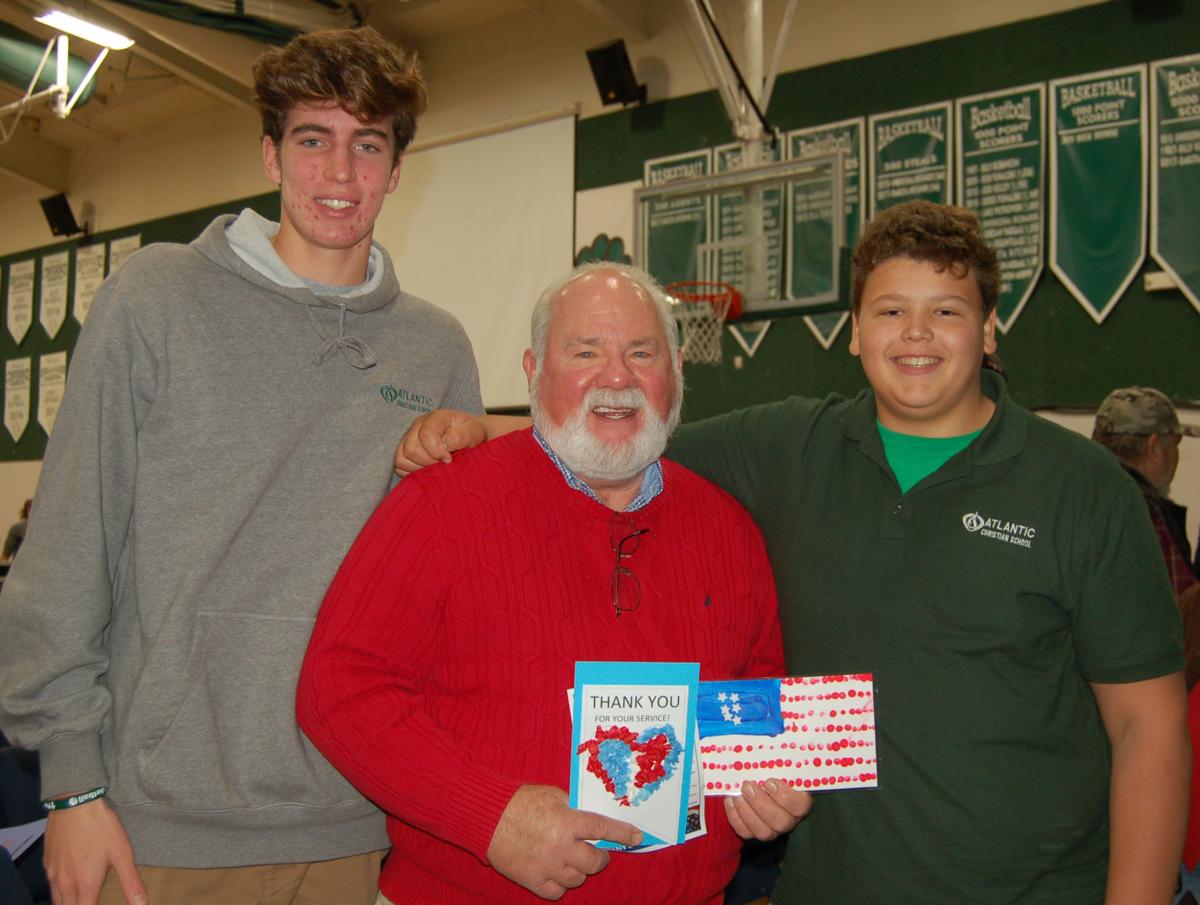 Boy Scout Troop 389 did the presentation of colors.

Veteran Lydia Johnson looks at the veteran ribbon her grandson Zahir Hollis created for her.

EGG HARBOR TOWNSHIP — Atlantic Christian School students gathered for an all-school chapel on Friday, Nov. 15, to honor and remember the sacrifices made by America’s veterans. Township Mayor Paul W. Hodson and forty-eight veterans from every branch of the service, including parents, grandparents and ACS faculty and staff, attended the chapel.

Chief School Administrator Karen Oblen greeted the veterans and opened the program with prayer, followed by worship led by the High School Worship Team. Daughters of the American Revolution member Elizabeth Naylor spoke about her “Super Stars Project” — a service project of the DAR in which members cut out stars from American flags that had been decommissioned and can no longer fly. Naylor brought special white stars as gifts to all the veterans in attendance. The speech was followed by the Middle School Choir’s rendition of “America (My County ‘Tis of Thee),” the presentation of the colors by the ACS Boy Scout Troop 389 and the middle and high school band’s performance of the “The Star Spangled Banner.”

A special “Armed Forces Medley” video was shown and students cheered and clapped as each service anthem played and the veterans stood for the anthem.

Maj. Gen. Mark Loeben, who has 31 years of military service, both active and reserve, gave the keynote remarks. He shared his experiences in the U.S. Air Force and the importance of serving in the armed forces.

To close out the service, the third-grade class sang and performed “God Bless the U.S.A” and handed out handmade gifts to all the veterans in attendance. Sixth-grade student Paityn Nicole Kates read her essay, “What Veterans Day Means To Me.”

Curtis Dull, a corporal in the U.S. Marine Corps who now serves on the ACS staff, shared a letter he received from an ACS student Victoria Hines and closed the program with prayer.