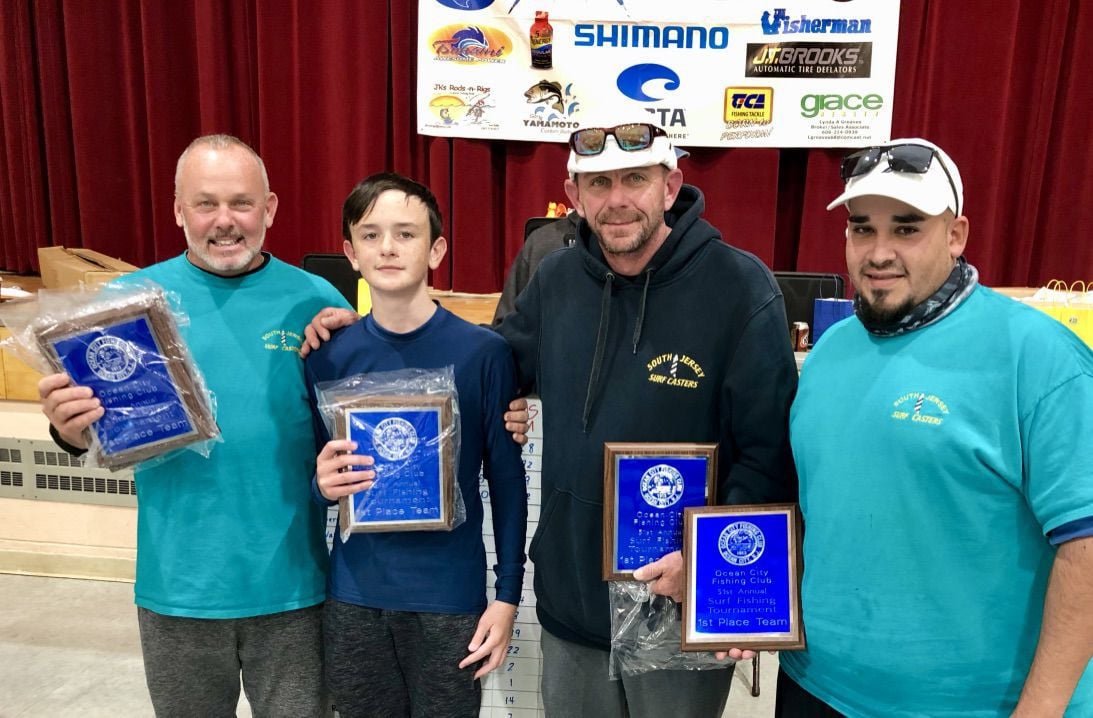 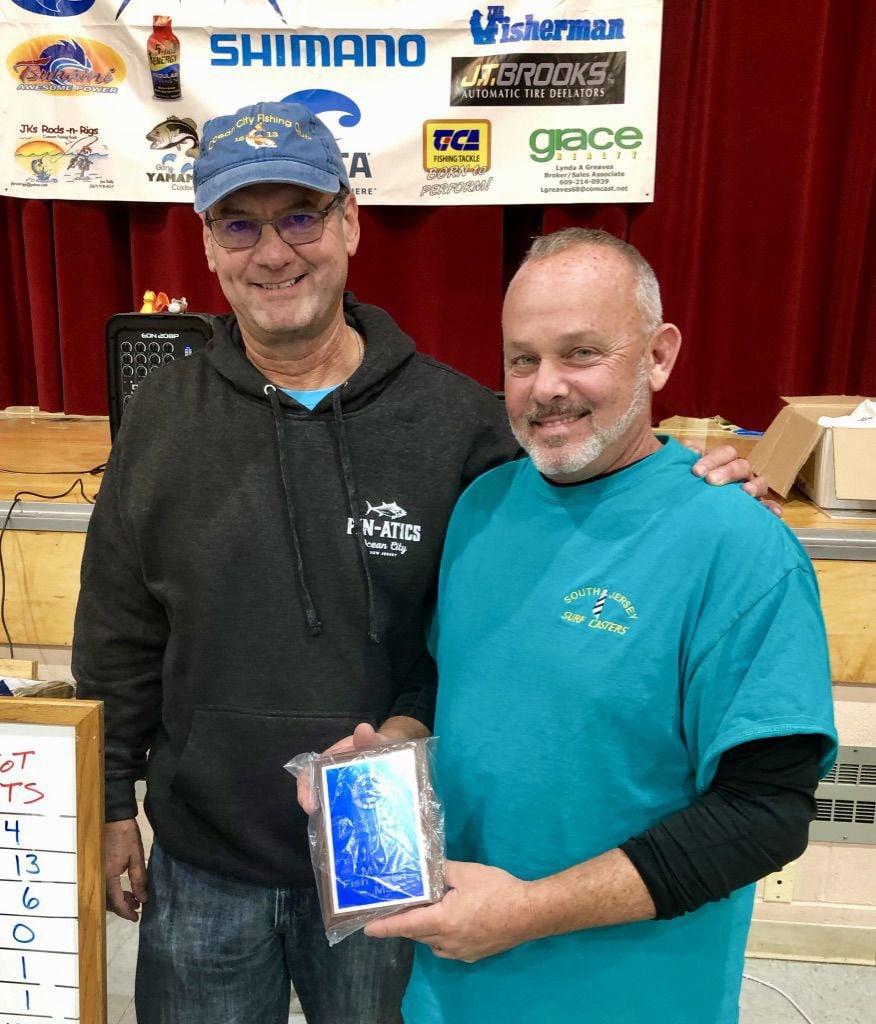 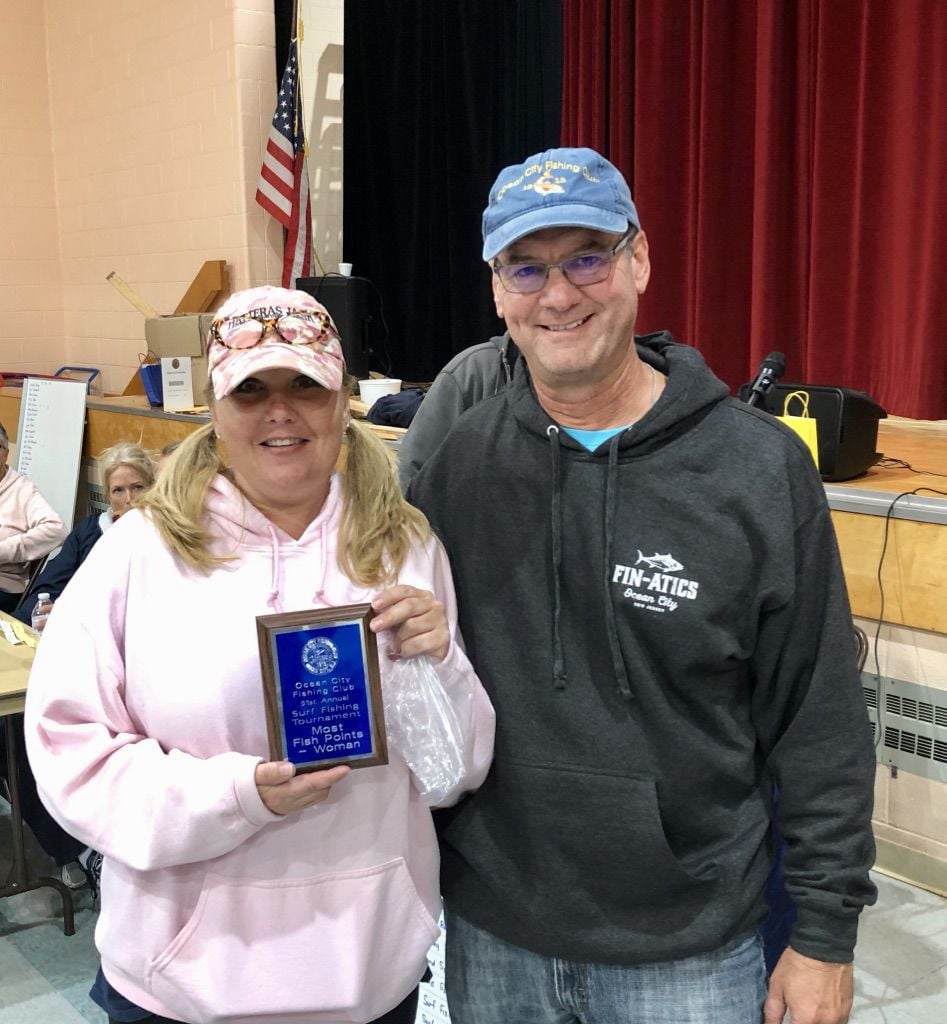 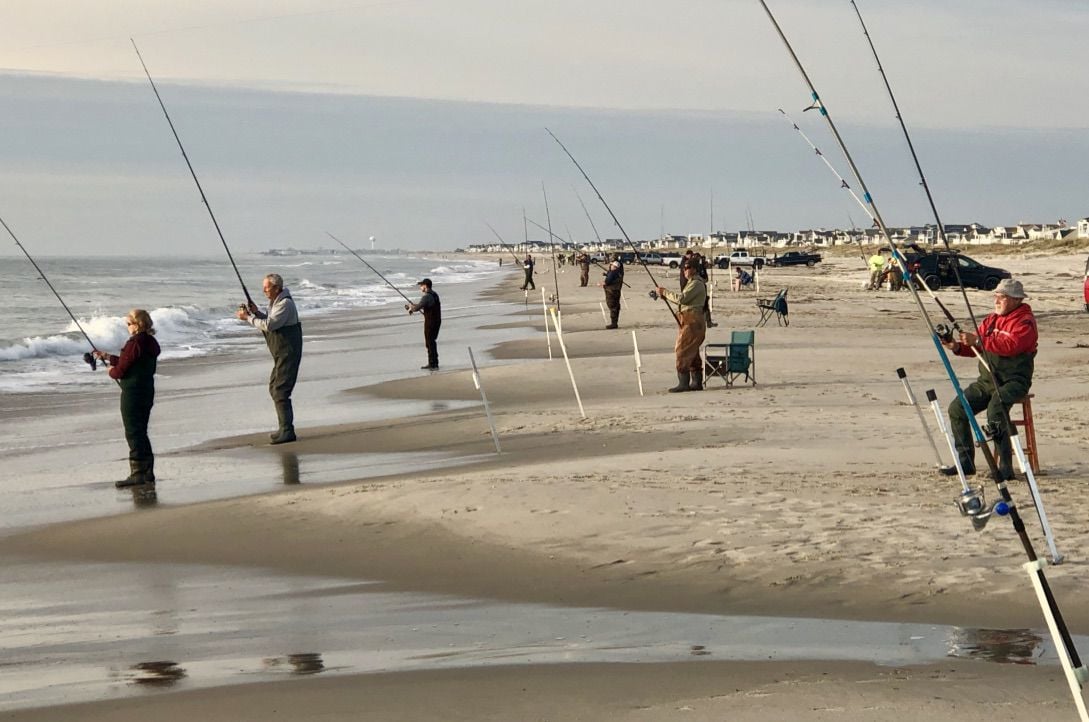 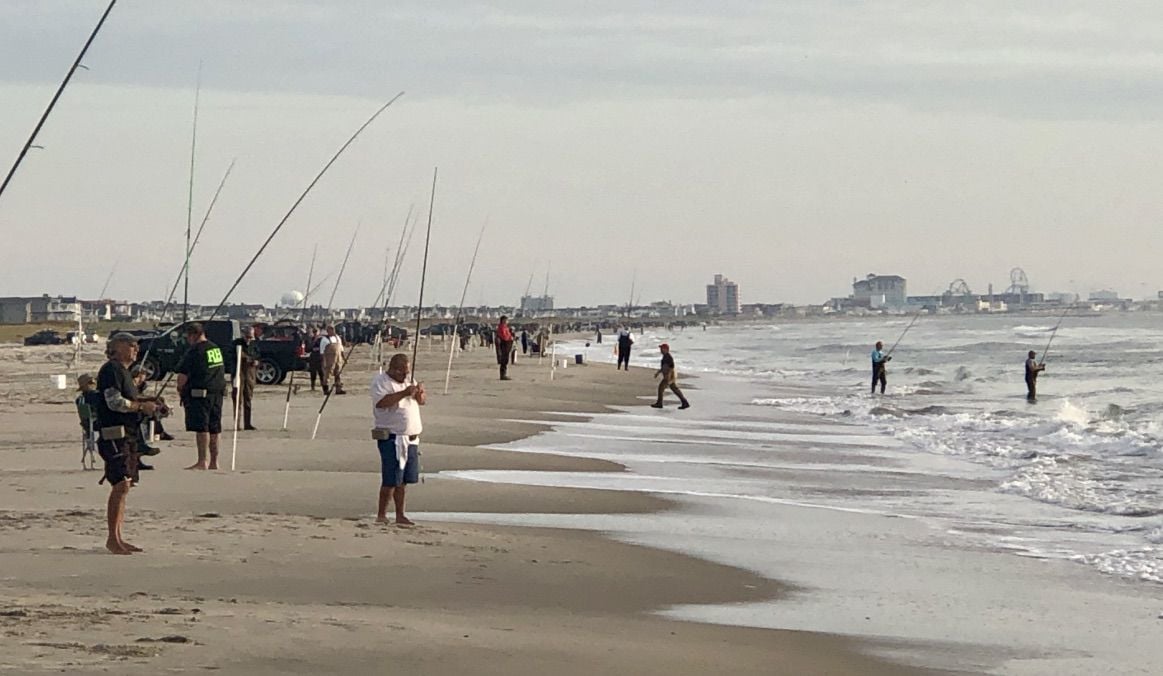 Dan Ladik, club weigh master, reported that 107 sharks were landed in the ﬁrst two-hour ﬁshing session, with 17 more beached in the second period, for a total of 124. Spiny dogﬁsh dominated most of the sharks caught.

“We just couldn’t get other types of ﬁsh to cooperate,” said Bob Dever, fishing club head judge for the tournament, which had over 190 anglers stretched down the beach from 23rd Street to 40th Street. “Conditions were great — clean water, high tide and a light breeze at the start. But hardly anything other than shark to catch.”

Among the smattering of other ﬁsh caught, the largest blueﬁsh measured 14 inches. It was landed by Chris Dugan, who took top prize in largest ﬁsh overall, and largest ﬁsh in the men’s division. He and his other RH Custom Rods Team B members took home third place club honors with 22.25 points.

The ﬁrst place team award went to South Jersey Surf Casters with a total of 57.25 points. RH Custom Rods Team A came in second with 35 points. Anglers and teams earned points by the species of ﬁsh they caught. Although a couple of striped bass were landed, they didn’t meet the 28-inch minimum required to earn points.

Rob Rinier, also a South Jersey Surf Casters team member, took top honors in two individual categories: most ﬁsh points overall and most ﬁsh points in the men’s division, with 33.25 points for each.

Lynda Greaves, a member of RH Custom Rods Team B, took home a plaque for most ﬁsh points for women, with a total of three. She topped that category last year, also.

First place for individual angler with most points went to Bob Kernan, with three, while Lynn Del-Pietropalo and Bob Schlear tied for second in that category, each with one point.

“They are the next generation who will join our clubs and carry on where we leave oﬀ,” he said. “It’s great to have them come out and participate, and we look forward to seeing more youngsters in the future.”

While the school team registered their ﬁrst year participating, Sue Kent, who just moved here a year ago from Newtown Square, Pennsylvania, had her own inaugural adventure. It was one, however, she’d rather not repeat.

Driving her SUV onto the beach after being the last to register for the tournament at the Primary School, her vehicle became stuck in the soft sand as she neared her assigned ﬁshing position. Undeterred, she unloaded her gear to get a line in the water and then called the Police Department for help. In addition, Kent phoned OCFC tournament oﬃcials at the Primary School, which served as headquarters for the event, so they also were alerted to her predicament.

Club members Dan Moore and Augie Conte III arrived to shovel sand away from the wheels so it could be pulled out with a truck, but the ﬁrst eﬀort failed. Dever left his judging duties momentarily to help other club members with another truck, but that eﬀort failed, too. Finally, Parkinson arrived on the scene with his SUV and freed the stuck vehicle. It was then towed oﬀ the beach, allowing Kent to resume ﬁshing.

Overcoming the dire circumstances, Kent’s persistence paid oﬀ when she caught an eight-inch blueﬁsh — with a rod and reel she bought at Walmart the previous night. Though she didn’t win any prize, Parkinson noted her dedication at the awards presentations.

“I just want to thank the club members and Oﬃcer Anthony of the Police Department who came out to help get my vehicle out of the sand,” Kent said. “I’ll be back next year, but without all the drama.”

The yearly fall tournament is held in coordination with the Association of Surf Angling Clubs, and supported by numerous organizations and businesses that donated prizes from ﬁshing equipment to hotel stays to dining certiﬁcates.

“Thanks to all who supported our tournament with their contributions,” Parkinson said. “And to the Ocean City Police Department, who provided one-day vehicle beach access permits to all the people ﬁshing today.”

Founded in 1913, the Ocean City Fishing Club is the oldest continuously operating ﬁshing club in the United States.