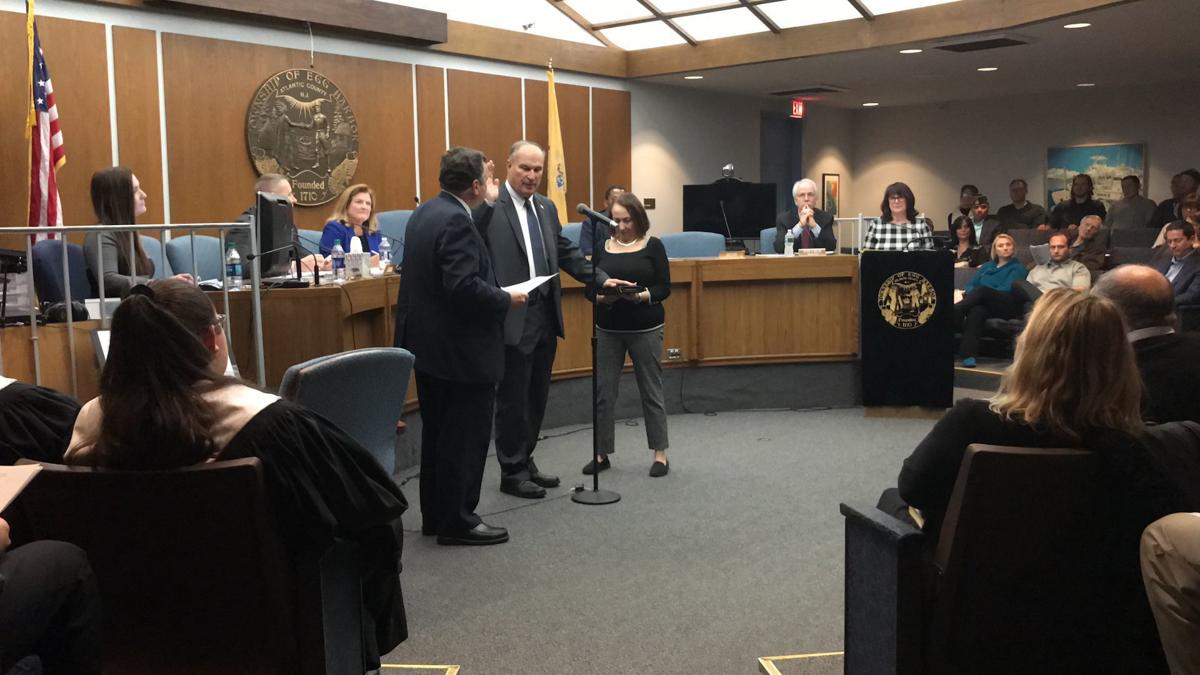 Mayor Paul Hodson is sworn in as mayor for the second year in a row. 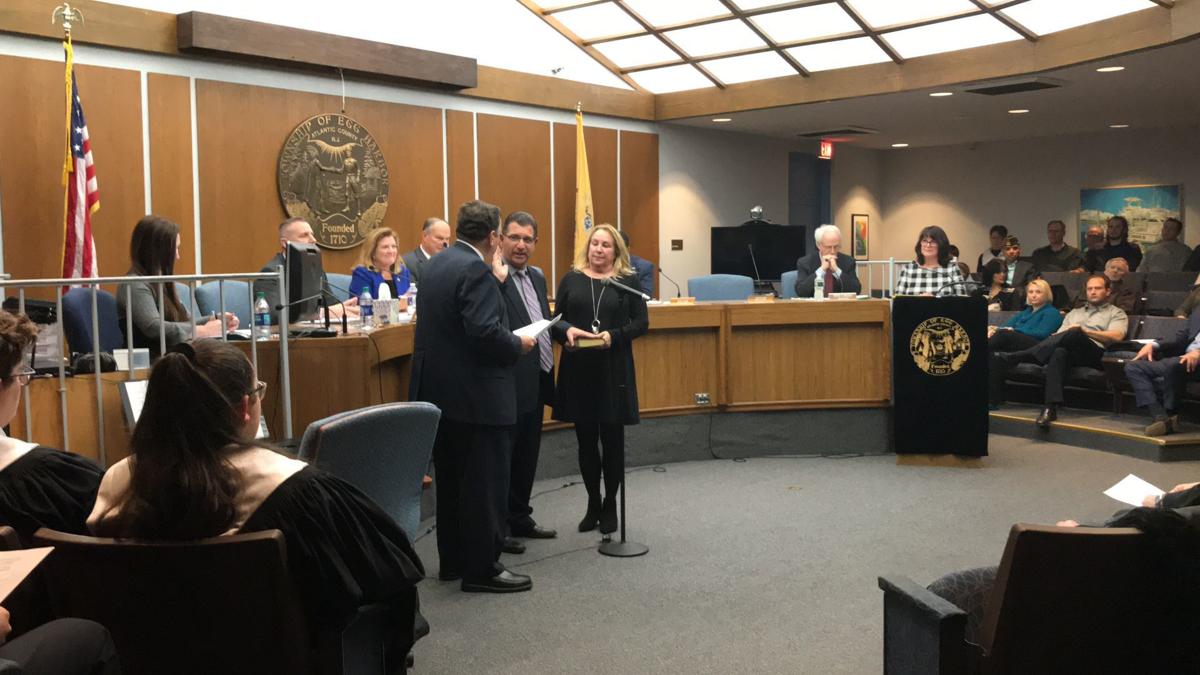 Committeeman Joe Cafero is sworn in for a fourth term by Atlantic County Freeholder John Risley. 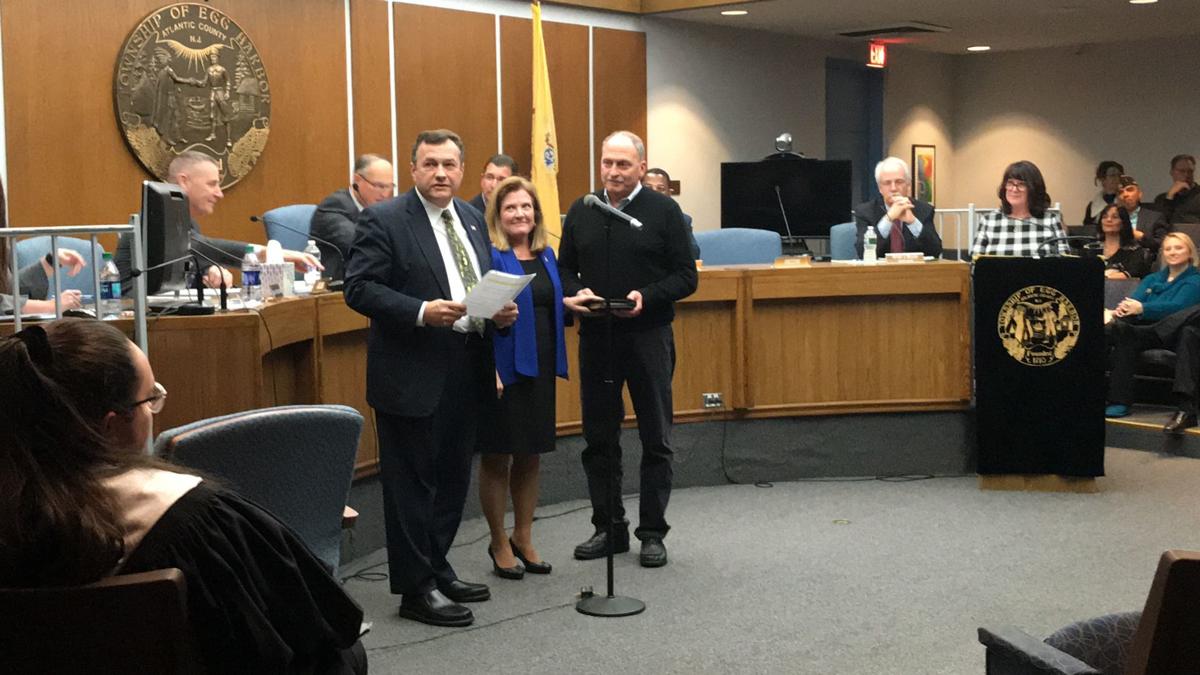 Laura Pfrommer will serve her second year as deputy mayor. 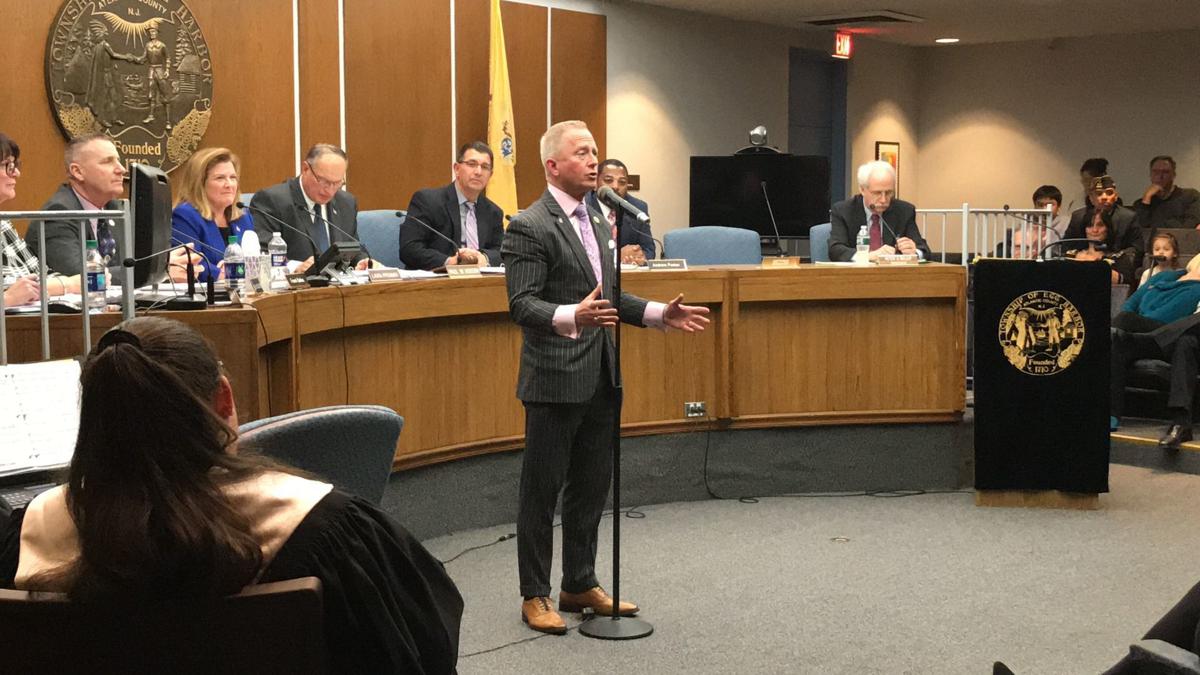 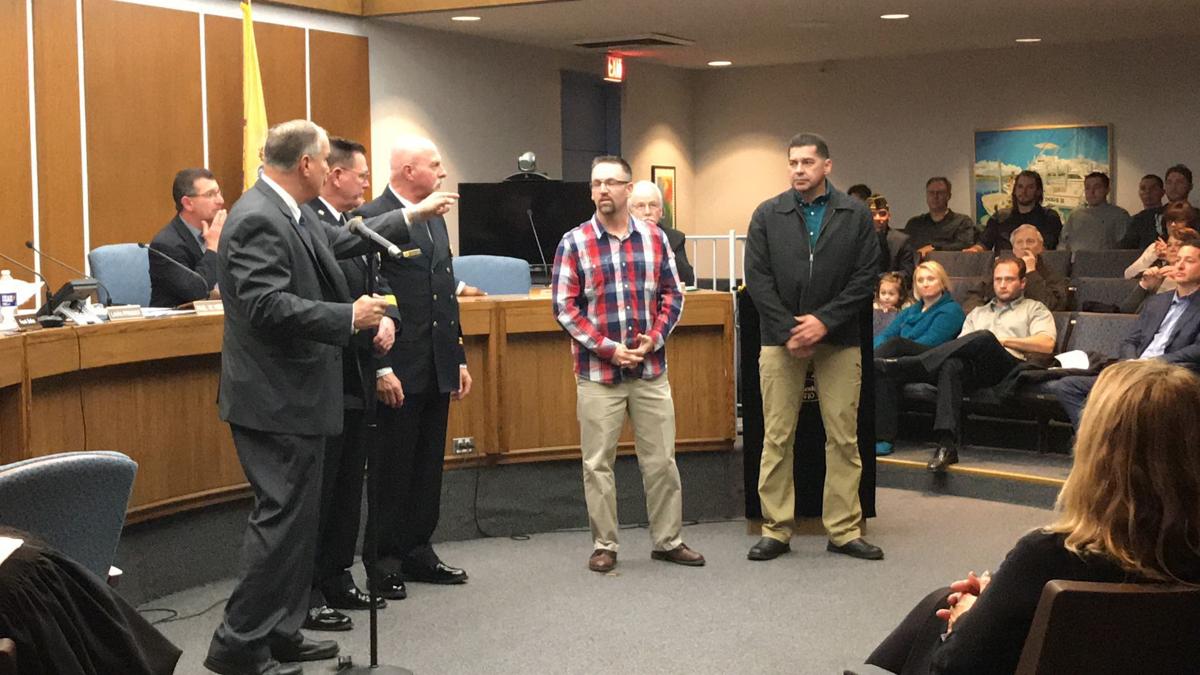 Egg Harbor Township officials thank Timothy Dlugosz and Juan Perez, right, for assisting in a car accident that resulted in a fire Dec. 7 at West Jersey Avenue and Cates Road.

Mayor Paul Hodson is sworn in as mayor for the second year in a row.

Committeeman Joe Cafero is sworn in for a fourth term by Atlantic County Freeholder John Risley.

Laura Pfrommer will serve her second year as deputy mayor.

Egg Harbor Township officials thank Timothy Dlugosz and Juan Perez, right, for assisting in a car accident that resulted in a fire Dec. 7 at West Jersey Avenue and Cates Road.

EGG HARBOR TOWNSHIP — The township’s five-member committee reappointed its mayor for a second year and swore in new board members at its reorganization meeting Friday.

The all-Republican committee selected Paul W. Hodson again as mayor, a position the committee votes on each year.

Last year, Hodson was appointed the first person to replace James “Sonny” McCullough, who had served as mayor of the township for more than two decades.

Laura Pfrommer was also sworn in for a second year as deputy mayor. Pfrommer has served on the committee since 2012.

Joe Cafero was sworn in to another 3-year term as a committeeman, after winning reelection in November. This will be his fourth term on the committee.

Atlantic County Freeholder John Risley swore in Hodson, Pfrommer and Cafero. He complimented the board on its “fidelity.”

“It’s been said in politics that if you want a good friend, get a dog, but these are good people, and they are my friends,” said Risley, a former township committeeman.

Other elected officials from the local, state and federal government were in attendance. U.S. Rep. Jeff Van Drew, who switched to the Republican Party late last month, gave a short speech, saying he believed the nation was at a “flashpoint.”

“Are we the nation of exceptionalism?” Van Drew asked. “Where we truly are the leaders of the free world and truly, as Ronald Regan said, we are the shining light on the house on the hill for everyone to look and to see?”

The committee also swore in a new police officer, Robert Platanella. Platanella had worked as a part-time Class II officer for more than two years, according to police Chief Michael Steinman.

In addition to the appointments, the committee recognized the work of three bystanders who Hodson said had assisted at the scene of a crash in which two cars burst into flames at Cates Road and West Jersey Avenue on Dec. 7. Timothy Dlugosz and Juan Perez, of the township, and Jennifer Hauta, of Mays Landing, were recognized for their help.

“If it wasn’t for these three good Samaritans, we might not have two of our residents or people in Atlantic County alive today,” Hodson said.

The two men who attended the meeting were presented with certificates.