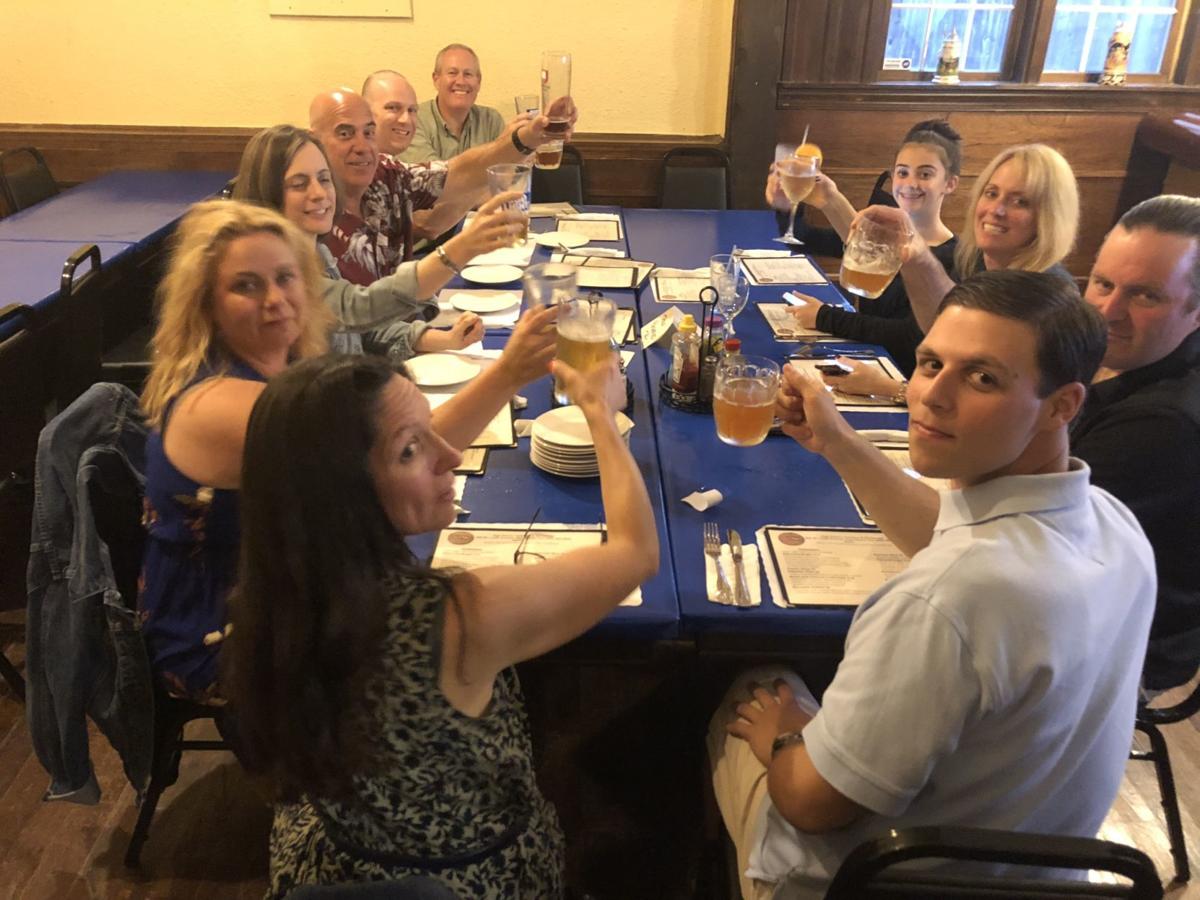 A local family celebrates a special occasion in the Egg Harbor Room. 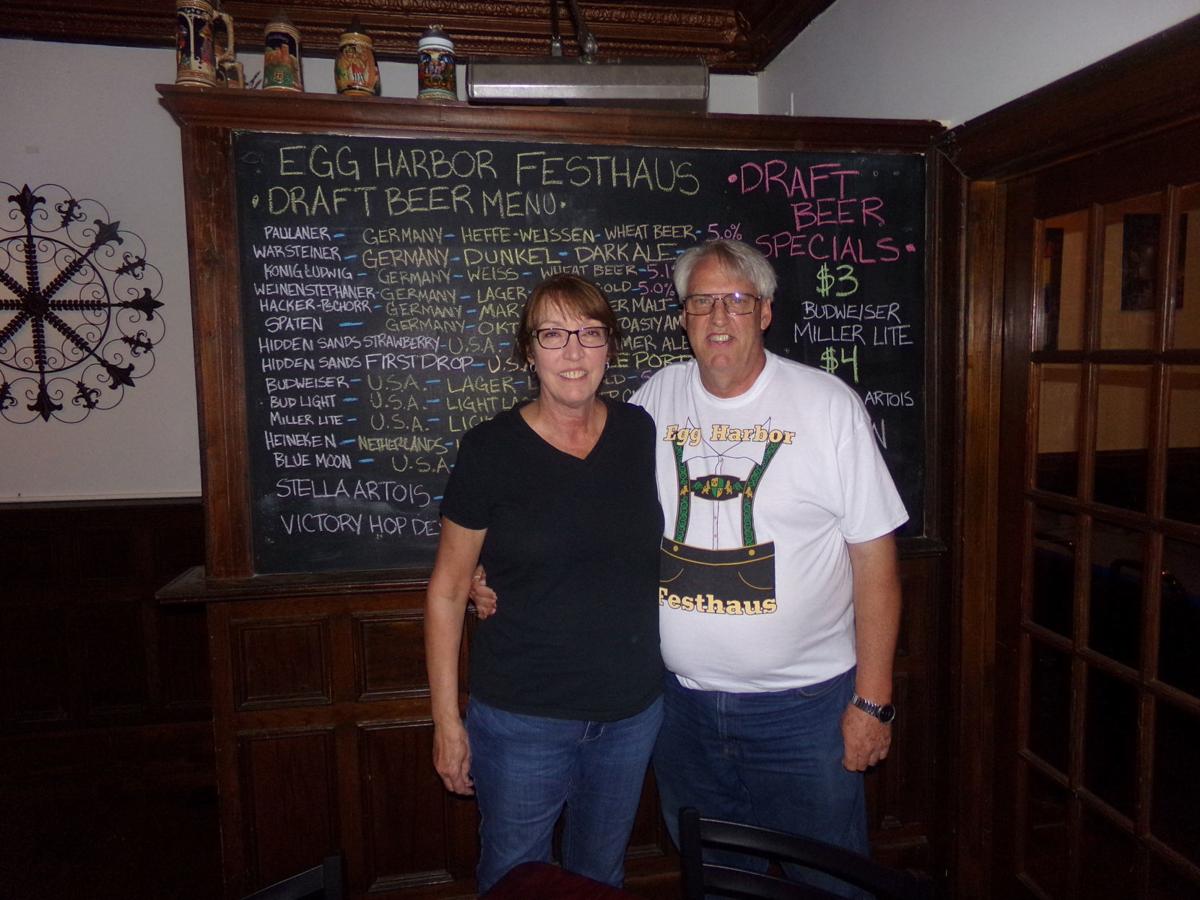 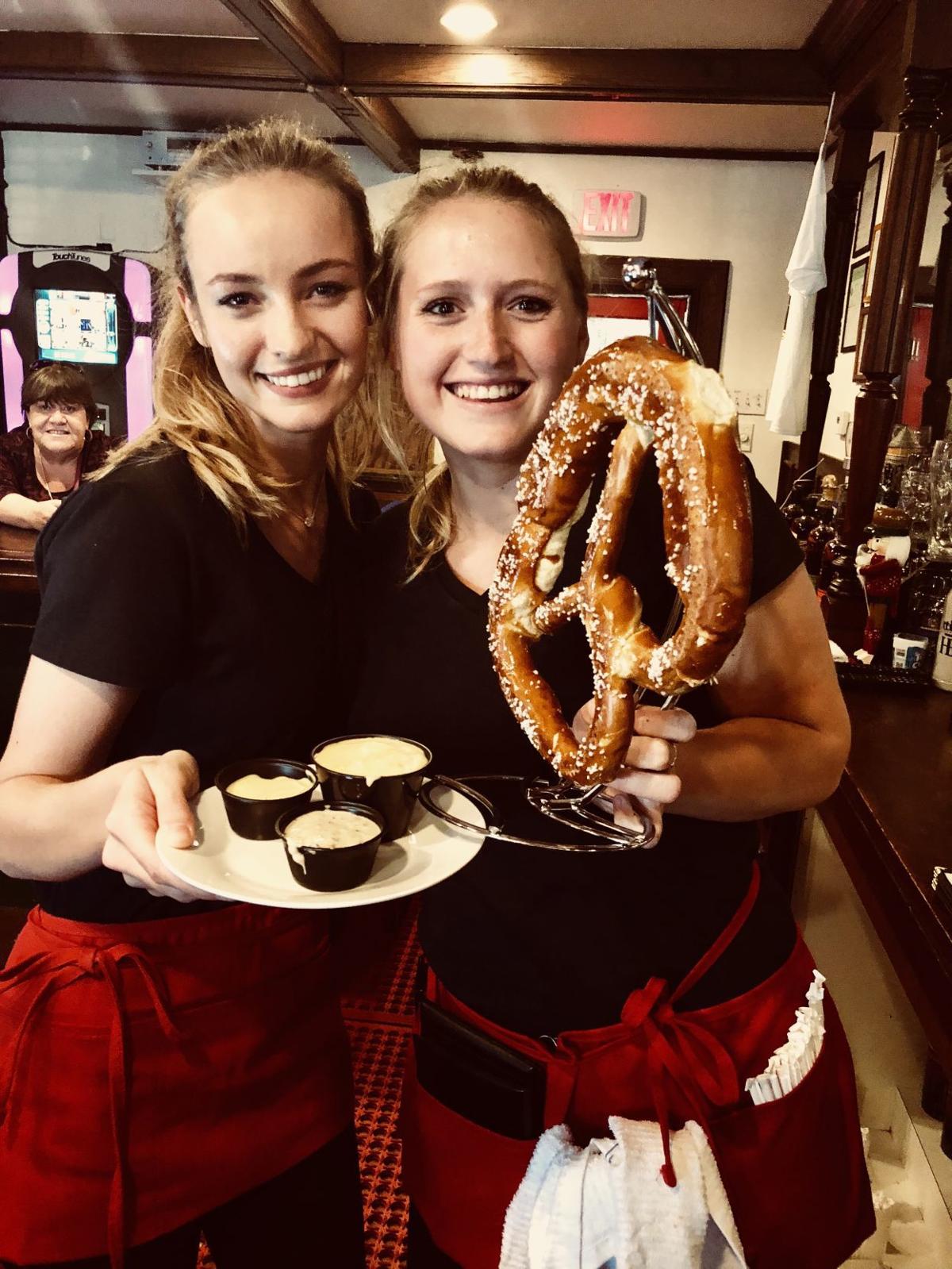 A local family celebrates a special occasion in the Egg Harbor Room.

EGG HARBOR CITY — Fans of home-cooked German food have a new establishment at which to enjoy their schnitzel, spaetzle and wursts: The Egg Harbor Festhaus and Biergarten.

Brigantine residents Bob and Anne Lund purchased the building at 446 St. Louis Ave., which originally opened in 1890 as the Roesch Hotel, last January and worked seven days a week to convert it from an Irish Pub back to its German roots. They opened to the public May 24.

The main room consists of a bar that seats 28 and an adjacent dining area that seats 24 at six tables. The rear dining room, known as the Egg Harbor Room, seats 32 more at long festival-style tables and is designed to replicate a Bavarian beer hall and pay tribute to the German-American history of the area. Local organizations and visitors reserve the room for meetings and special events.

Shortly after buying the site, the Lunds began a search for a chef that yielded Joe Marszalek, a classically trained chef who worked 15 years at Busch’s Seafood in Sea Isle City. Anne Lund and Marszalek immediately began researching traditional German-American recipes, many from the Lunds’ family tradition.

The menu includes three kinds of schnitzel — veal, pork and chicken — four types of artisan wursts, frankfurters, homemade spaetzle, potato soup, giant Bavarian pretzels, gourmet hamburgers, fresh fried mushrooms and desserts. In addition to the German beers on tap, they also carry domestic beer and cocktails. Special platters not on the regular menu such as sauerbraten, rouladen, chicken and dumplings, and roast pork with mashed potatoes and sauerkraut are offered for $15 on Thursdays. There is also a happy hour Monday through Friday from 4 to 6 p.m. with reduced-price beer, mixed drinks and Jägermeister shots as well as an early bird menu with reduced prices on selected platters and appetizers.

EGG HARBOR CITY — For months, Ryan Hacker has tried to convince City Council to allow him to…

“From the moment we met the owners, Bob and Anne, as well as their staff, Howard and I sensed a warm family who is dedicated to connecting with the German heritage of the area,” Donna Marie Berchtold said. “They are excited about meeting the local people, learning the history and being a part of the restaurant resurgence of Egg Harbor City.”

A day on the lake in Egg Harbor City

EGG HARBOR CITY — After months of planning, members of the Egg Harbor City Economic Development Corp. are prepared to launch the city’s first …