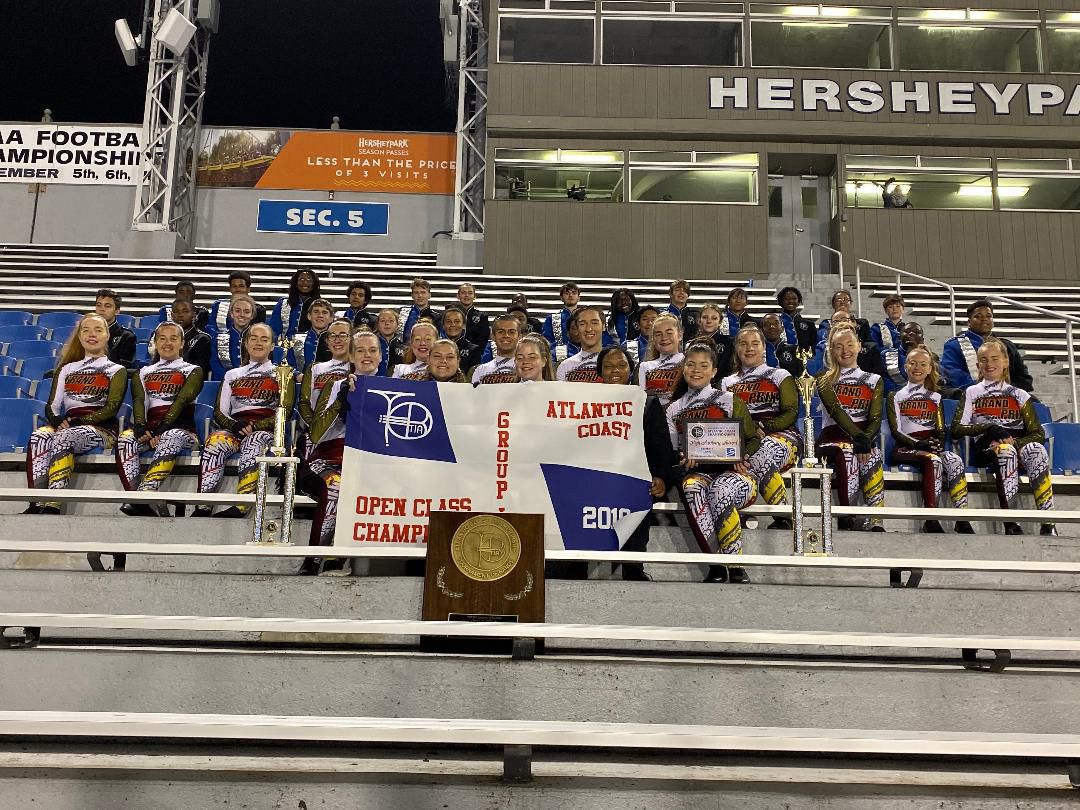 The Oakcrest Marching Ambassadors pose with the winning banner and trophies after the competition. 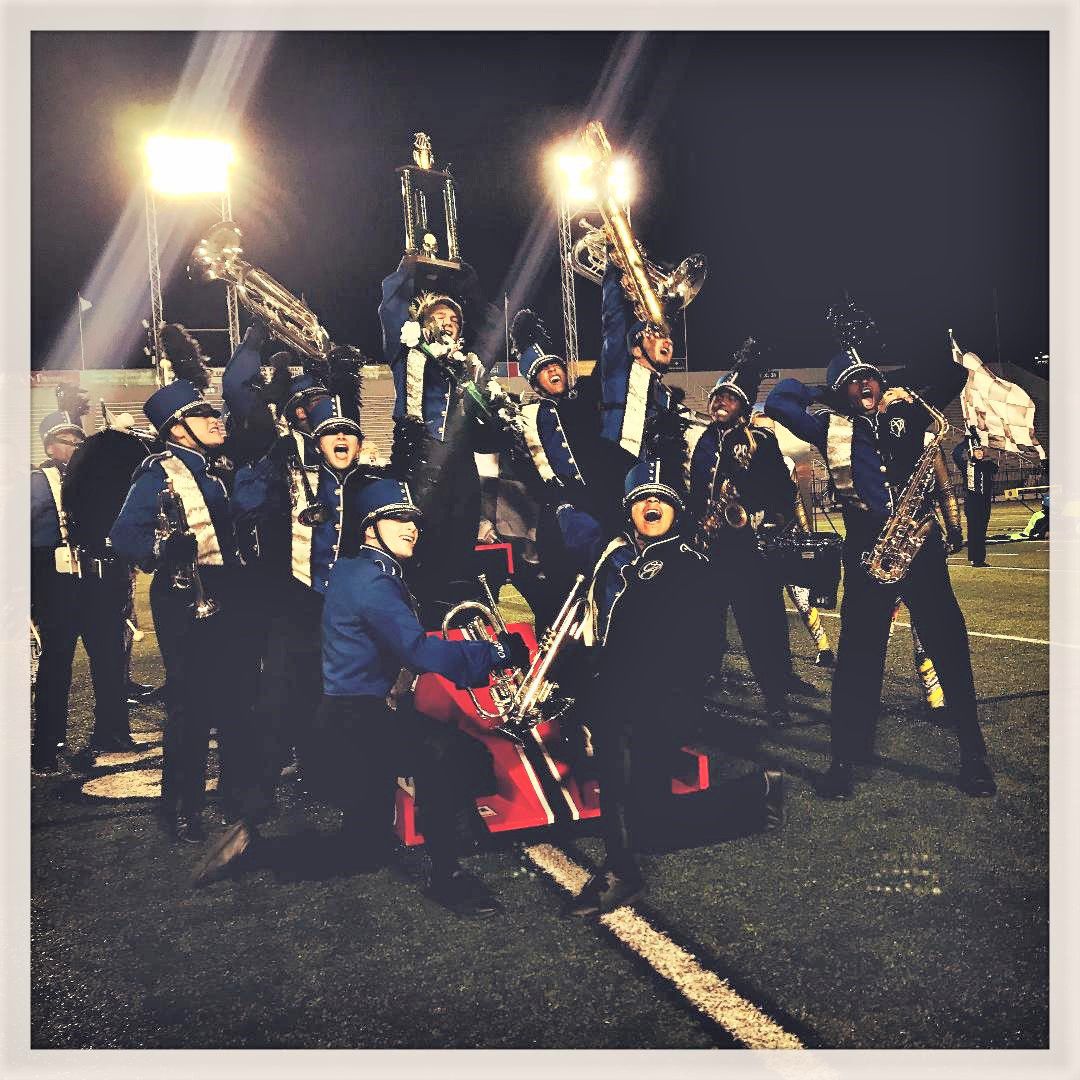 The Oakcrest Marching Ambassadors pose with the winning banner and trophies after the competition.

HAMILTON TOWNSHIP — The Oakcrest High School Marching Ambassadors capped off a highly successful season by capturing the Tournament of Bands Atlantic Coast Championship held at Hershey Park in Pennsylvania on October 27 in the Group One Open category.

The band’s show was called “Ambassador Grand Prix” that included original music from the Box Six website. The show featured model Formula One race cars driven by Oakcrest band and color guard members driving laps around the field during the performance, concluding with a racer getting the checkered flag.

The final score of 97.45 was Oakcrest’s highest ever competition score.

“Although Oakcrest has won TOB Championships in the past, all have their own uniqueness to them, Band Director Rick Schwartz said. “This one is special because it was in the Open Class.” “The staff and I work very hard to put the students in a position to succeed every year. I can't thank my staff enough for the time they put into the season and their instruction to the students. Fred Washington, our visual designer, had an amazing vision for this year's show. Without him, our championship does not happen. Richard Tinsley, our percussion director, pushes our percussion students to their fullest potential. The two of them have been a staple of our band program for a very long time. The rest of our staff: Shilo Previti and Megan Buskirk, color guard, Morgan Jenigen and Arianna Brown, percussion, and Xavier Patterson and Lynnette Ruiz, music and marching, have all been instrumental this year in helping Oakcrest bring home their first Open Championship. This could not, and would not, have been possible without them. I also want to thank the Oakcrest Band Parents for everything they have done this season from building props, transporting equipment, driving trucks, chaperoning, etc.”

Members of the band shared Schwartz’s enthusiasm. Brianna Rodriguez took over as drum major this year. “Last year I was on the field as a captain but this year I was on the podium,” she said. “It was a much better experience for me. My four years in the band prepared me for this leadership position.”

The senior plans to attend college to follow-up on her experience with the band to study music education with a goal of becoming a middle or high school music teacher.

Serving in the band has been somewhat challenging but I improved a lot every year,” Front Ensemble Captain Quiana Samuel said. “The competition was really fun, and everyone was very talented, so it felt really amazing to win.”

Quiana would like to attend the Moore College of Art and Design or The Pratt Institute to study interior design.

Senior Color Guard Captain Kayla Faisst said that four years in the band helped her to connect with her high school peers. “It really transformed me from my freshman to my senior year,” she said. “It made me a much more confident person and had a positive impact on my life.”

“I was completely blown away when we won the championship. Every year we got better and better. We went out with a bang in my senior year.”