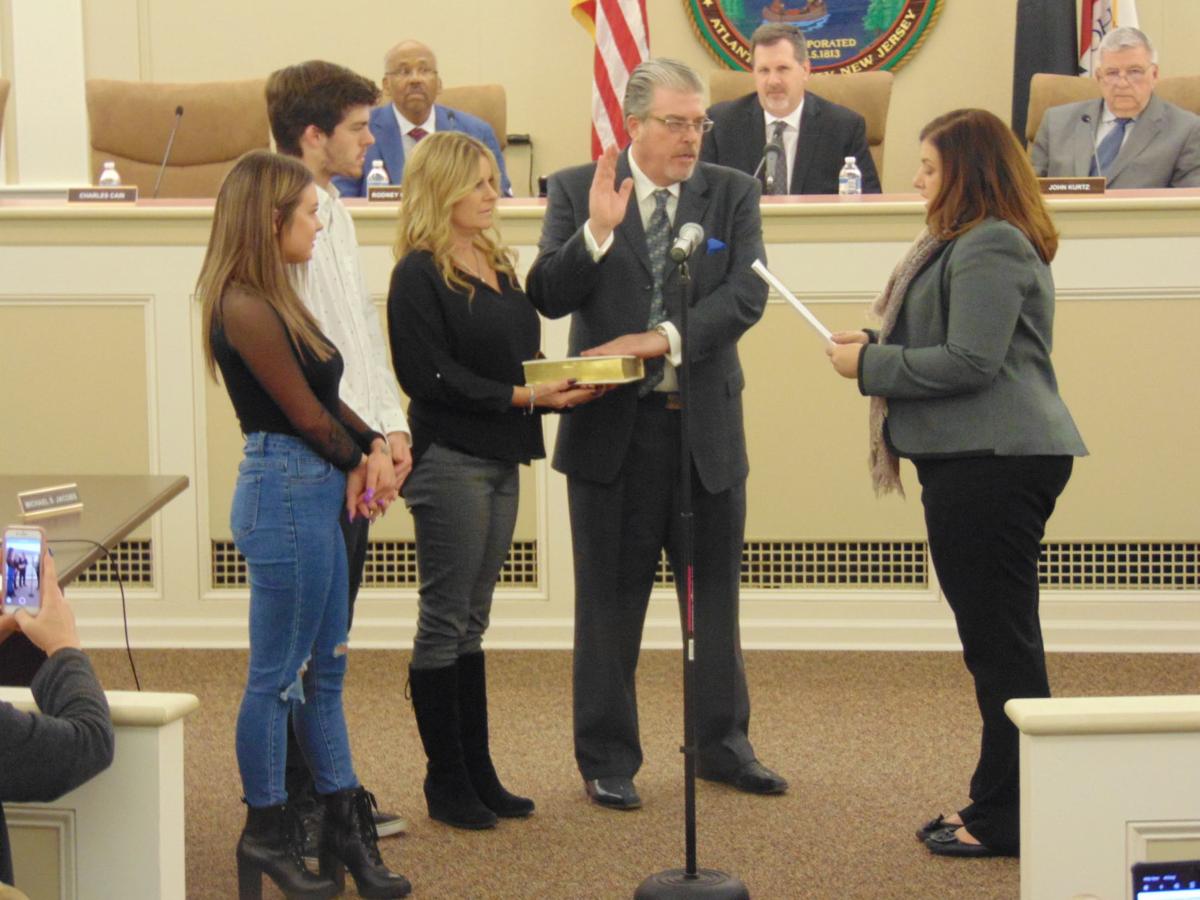 Charles Cain is sworn in by Atlantic County Freeholder Chairperson Amy Gatto as his wife Ann Marie holds the Bible and children Tiffani Ann and Charles III look on. 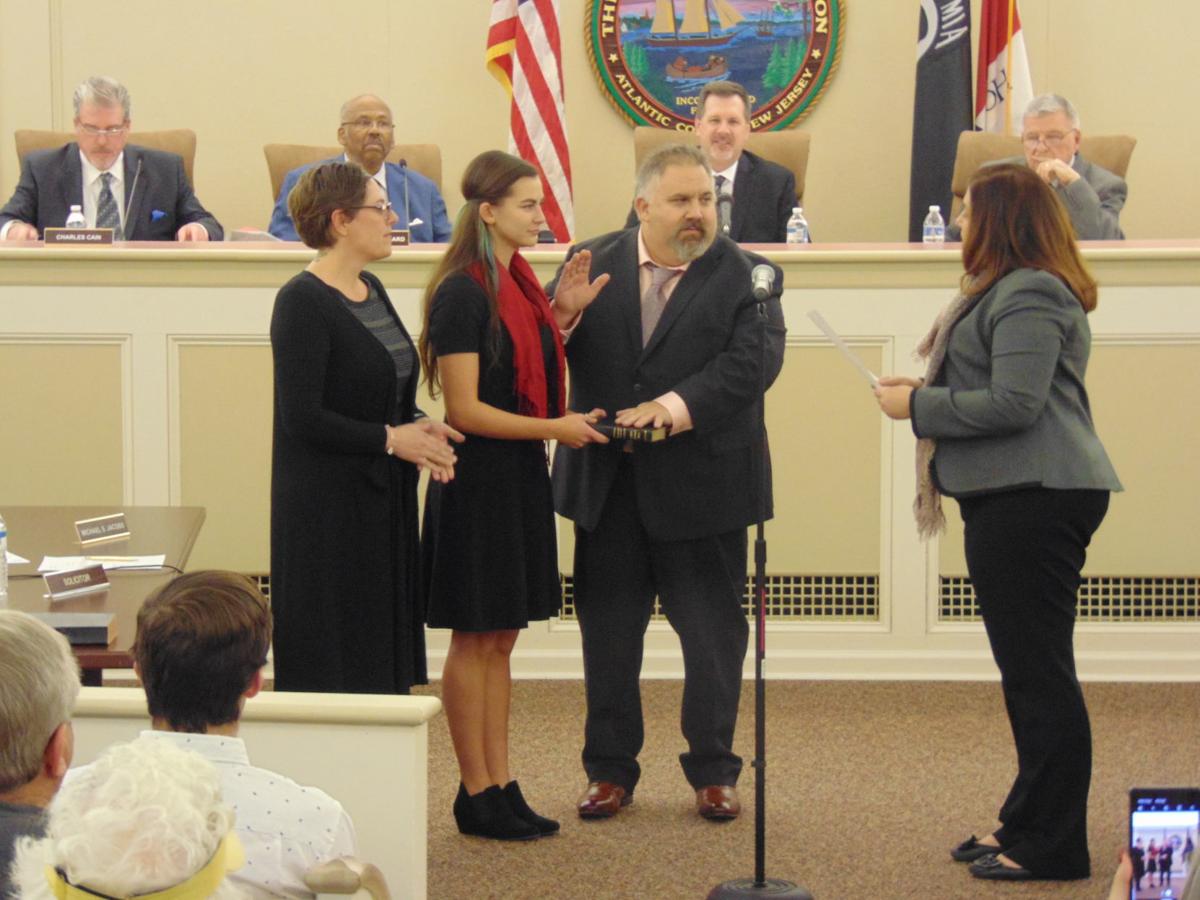 Charles Cain is sworn in by Atlantic County Freeholder Chairperson Amy Gatto as his wife Ann Marie holds the Bible and children Tiffani Ann and Charles III look on.

HAMILTON TOWNSHIP — The election of two Republican candidates to Hamilton Township Committee last November increased the Republican majority on the governing body from 3-2 to 4-1. However, it was members of the majority party that clashed at the annual Township Committee reorganization meeting Monday, Jan. 6.

Following the swearing-in of new members Charles Cain and Carl Pitale by Atlantic County Freeholder Chairwoman Amy Gatto, two-term Committeeman John Kurtz said he expected to be selected to serve as mayor this year. “However, I was told at a meeting held on Dec. 18 with party leaders that I would not get that opportunity because I had lost the confidence of members of the Planning and Zoning boards,” Kurtz said.

“Despite that, due to his family being present, I will vote yes to select Art Schenker as mayor even though the decision was predetermined.”

"My family isn’t here, and thank God for that,” Schenker said.

Schenker then was selected unanimously to serve his third year as mayor.

The vote for deputy mayor was even more heated. Kurtz nominated Pitale, who quickly declined.

Cain was then voted into that post. Committeeman Rodney Guishard abstained while Kurtz voted no. Kurtz expressed concern about Cain overseeing the police department after a dispute with the department following a DUI arrest in Jan. 2011 during Cain’s previous term on the governing body.

“My family has supported the police department for generations,” Cain said. “I am in full support of our new police chief, Greg Ciambrone, and proud of a department that has received many accreditations. I am insulted by the comments directed at me.”

Cain also stated why he did not support Kurtz for mayor. “He insulted all of the Planning Board members with whom he served over a particular issue and when they disagreed with him, he took his ball and went home.”

Cain alluded to Kurtz resigning from the Planning Board due to that issue. “I offered to help him mend fences with those members, but he refused,” he added.

Schenker offered conciliatory comments. “Sometimes in this position one can get a little too passionate,” he said. “But I know that we can all work together in the best interests of our residents. We have a lot to look forward to.”

During the public comment section of the meeting, resident and former governing body member and Mayor Bruce Strigh accused Kurtz of numerous ethical violations. “If no action is taken by the governing body, I call upon the state Department of Community Affairs or any other prosecutorial agency to immediately investigate and rectify these blatant violations,” Strigh said.

“His comments are old news and totally inaccurate,” Kurtz said.

Carl Tripician was selected as municipal court prosecutor and Frank Lentz will retain his post as public defender. Leon Costello of Ford Scott and Associates remains on as township auditor.