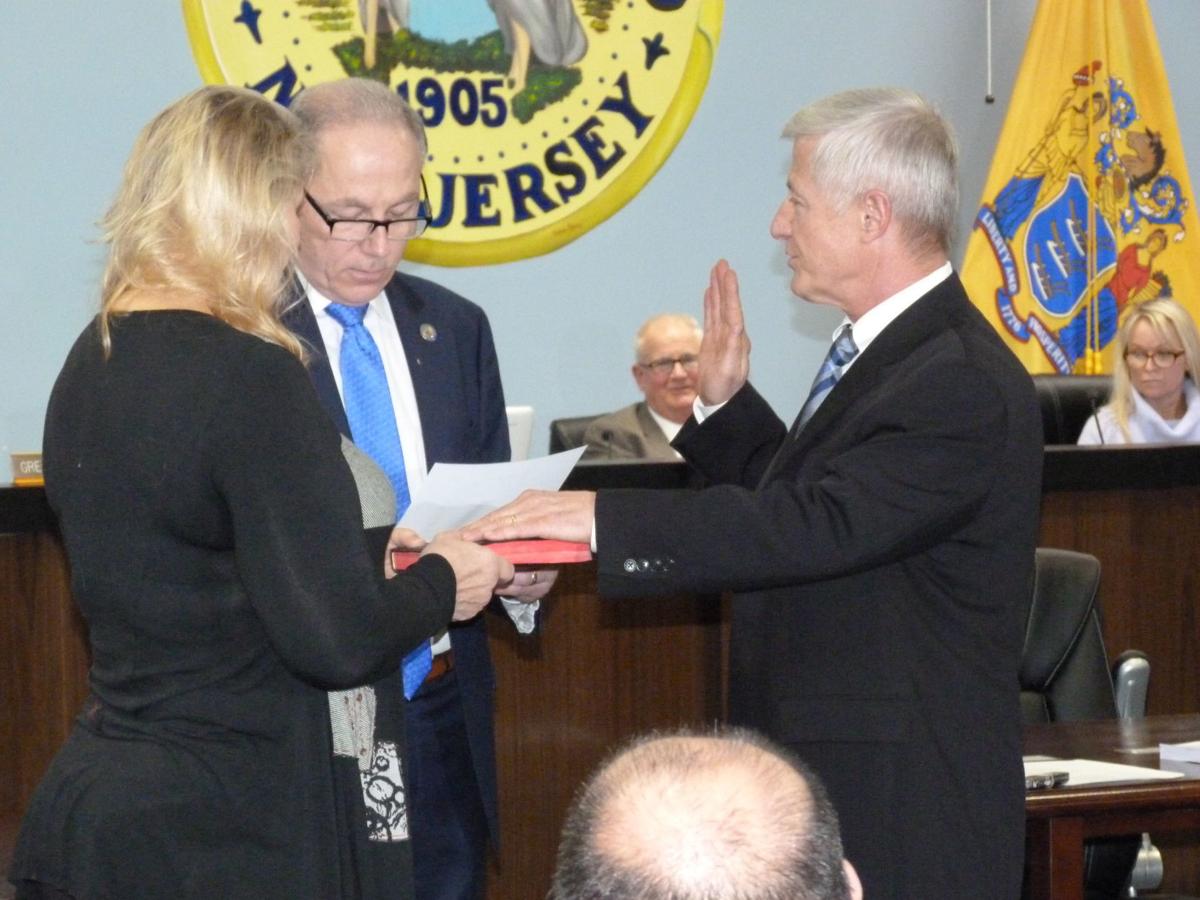 Newly elected City Councilman Paul Utts is sworn in by Assemblyman and former Northfield Mayor Vince Mazzeo. Helen Utts holds the Bible as her husband is sworn in Tuesday in Northfield City Hall. 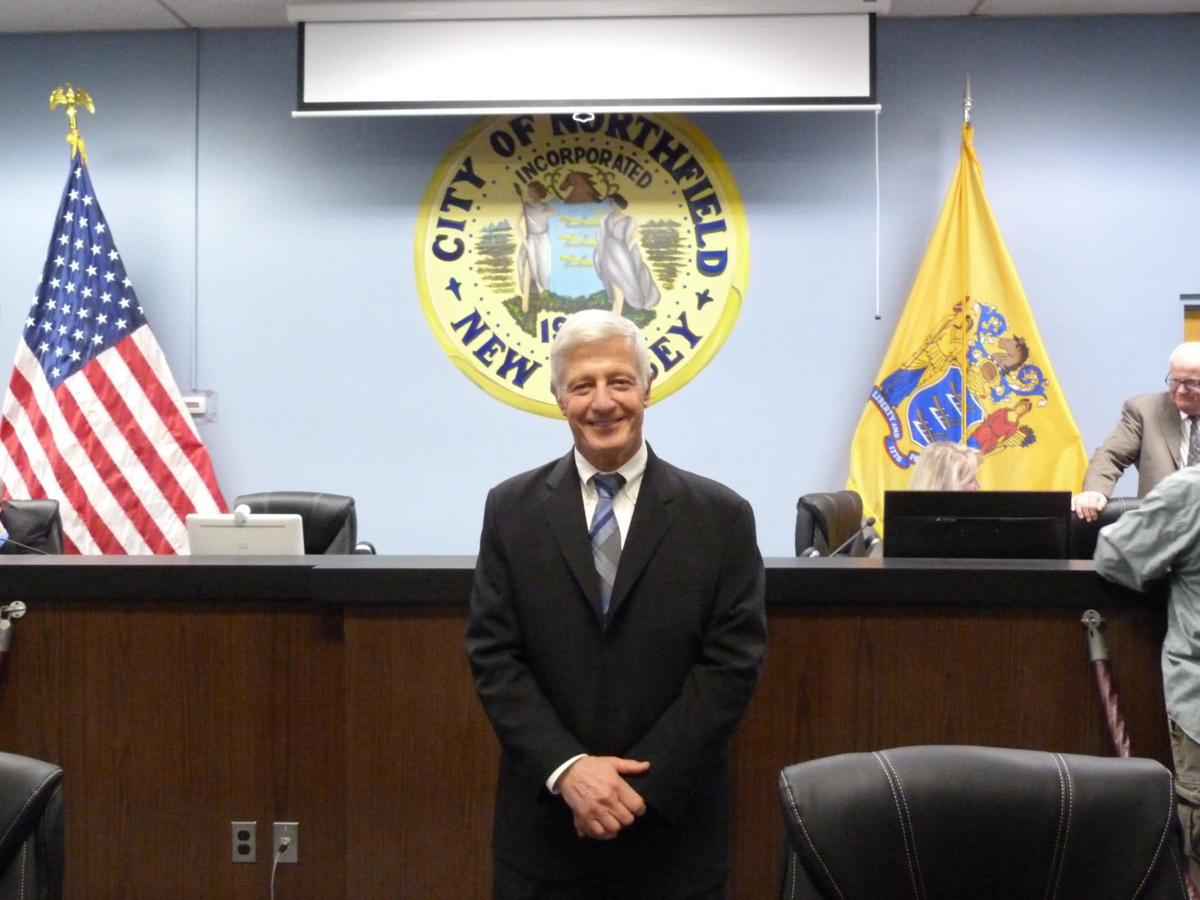 Newly elected City Councilman Paul Utts is sworn in by Assemblyman and former Northfield Mayor Vince Mazzeo. Helen Utts holds the Bible as her husband is sworn in Tuesday in Northfield City Hall.

NORTHFIELD — There was only one swearing-in at the Northfield City Council reorganization meeting, as Democrat Paul Utts was sworn-in by Assemblyman Vince Mazzeo to a three-year term. With the addition of Utts to the city’s governing body the majority swings from the Republicans to the Democrats, who hold a 4-3 majority for the first time since 2008.

Utts, the owner of Rid Pest Control, defeated Republican Jeff Lischin to take the seat on council and put the democrats back in the majority. Utts thanked his supporters for their confidence in him as he promised to do the best job for all of Northfield’s residents. “In my business it is all about customer service,” Utts said. He suggested that it is much the same working for the community and attending to small issues quickly before they become problems.

Perri congratulated those who won in the November elections as well as those who were not victorious. “Even if you did not win this election you are still to be congratulated. You put yourself out there and volunteered to put up with the climate of politics, and it is not easy, but politics has its own rewards,” Perri said. “You get to help many people and there is always something new. I always tell people, if your life is boring then you should get involved in politics, because it is never boring.” The newly elected council president who first joined City Council in 1990 said the community should have confidence in the new council. “We have a great team here,” he said.

Appointments are another part of the annual reorganization meeting. One new face on the dais will be newly appointed City Solicitor Mark H. Stein. He replaces Kristofer Facenda, who served Northfield City Council for the past six years. Paul Gallagher Sr. will serve as the municipal prosecutor for the Linwood-Northfield shared municipal court. James P. Grimley is the Northfield public defender. City engineer Rami Nassar of Schaeffer, Nassar Scheidegg Consulting is returning for 2020. Thomas G. Smith will serve as the tax appeal attorney for the city.

The next meeting of the Northfield City Council is Tuesday, Jan. 21, with the work session at 6 p.m. and regular meeting immediately following.