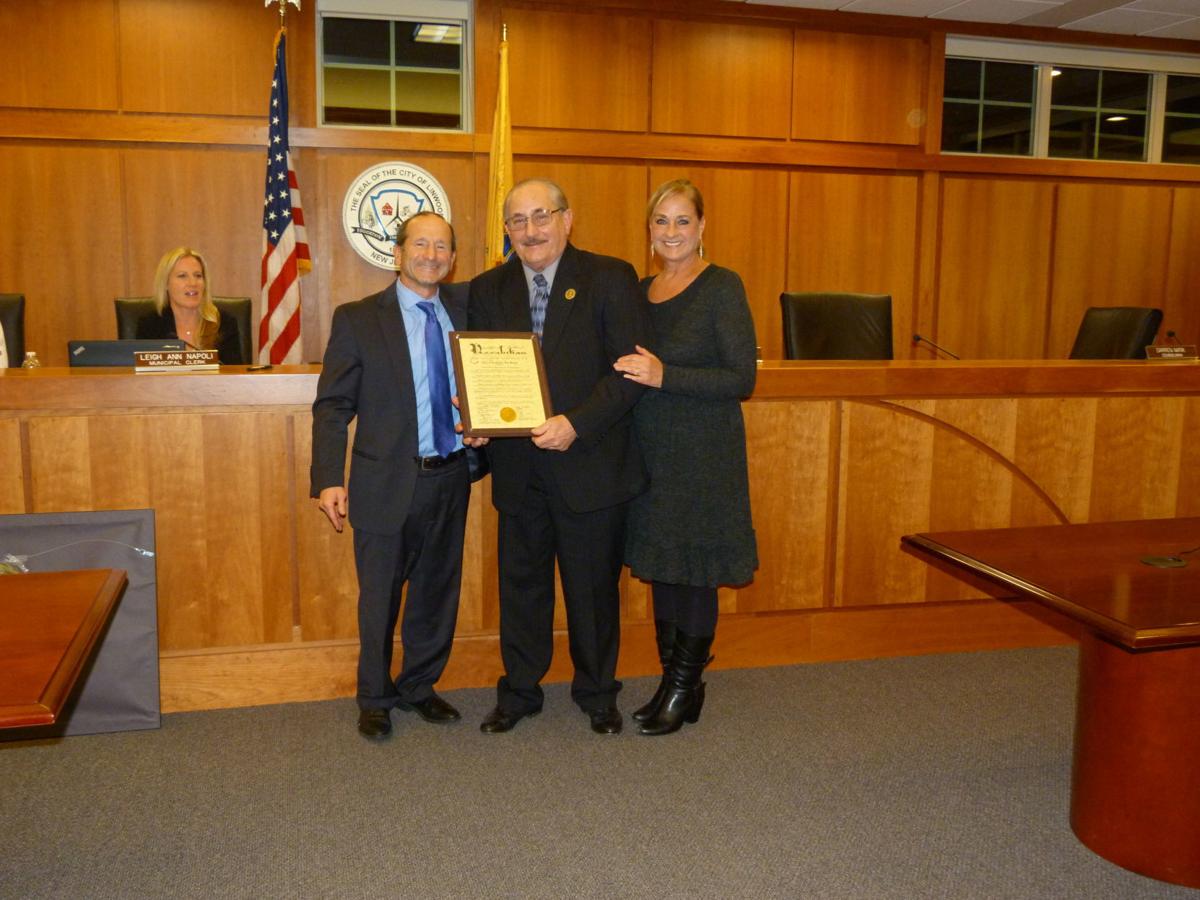 City Council President Ralph Paolone presents a plaque along with a portrait to former Linwood Mayor Rick DePamphilis, center, who is flanked by his wife Sally. 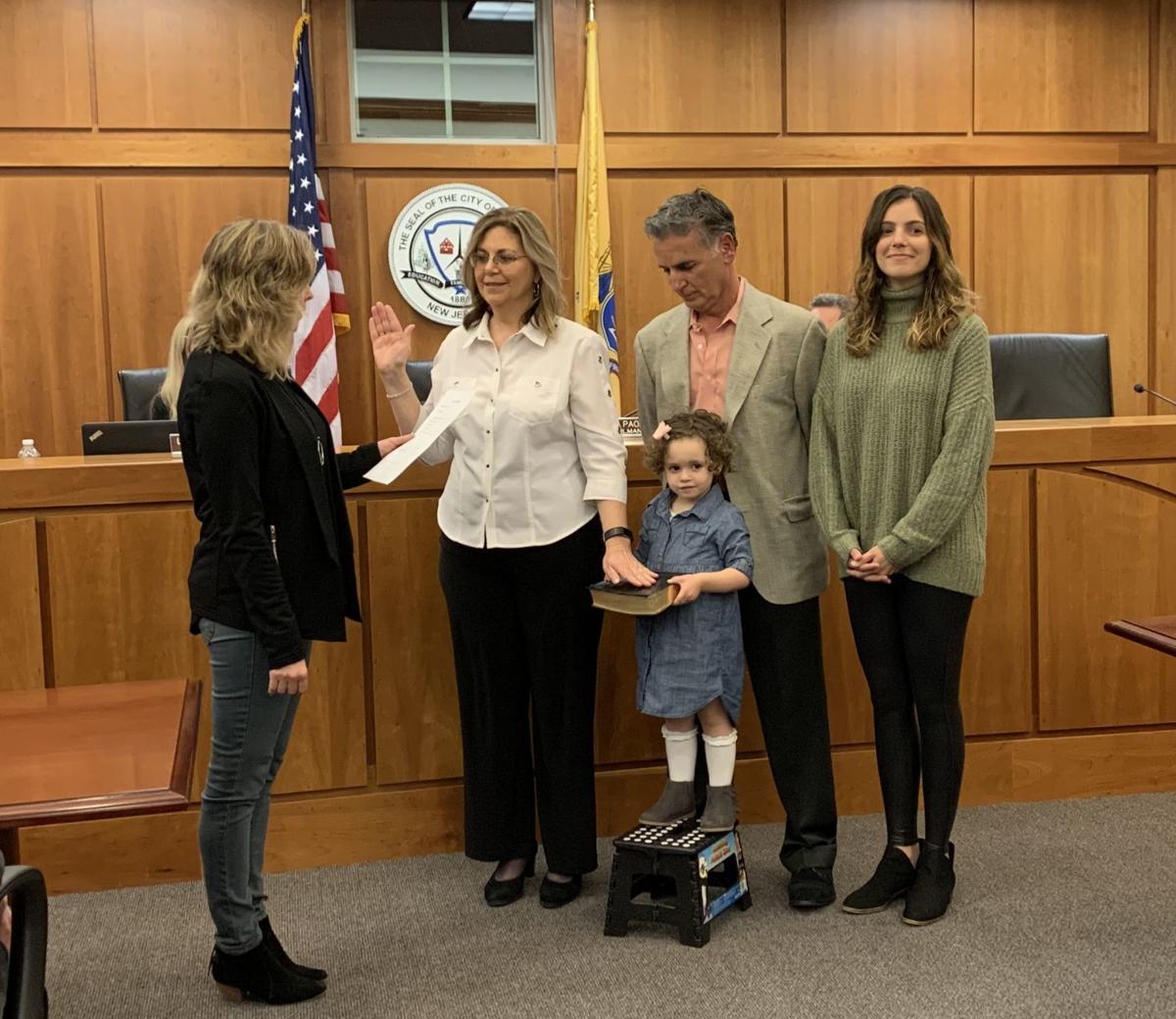 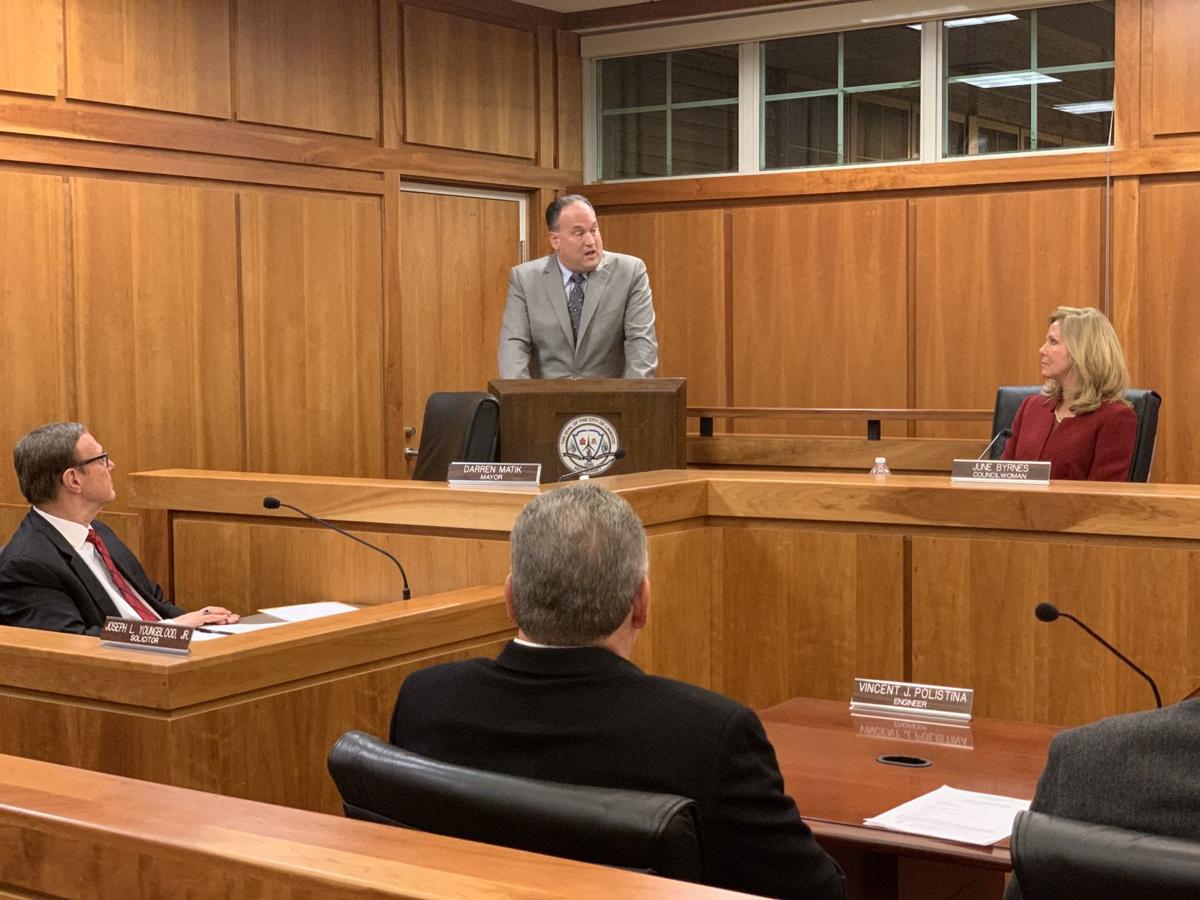 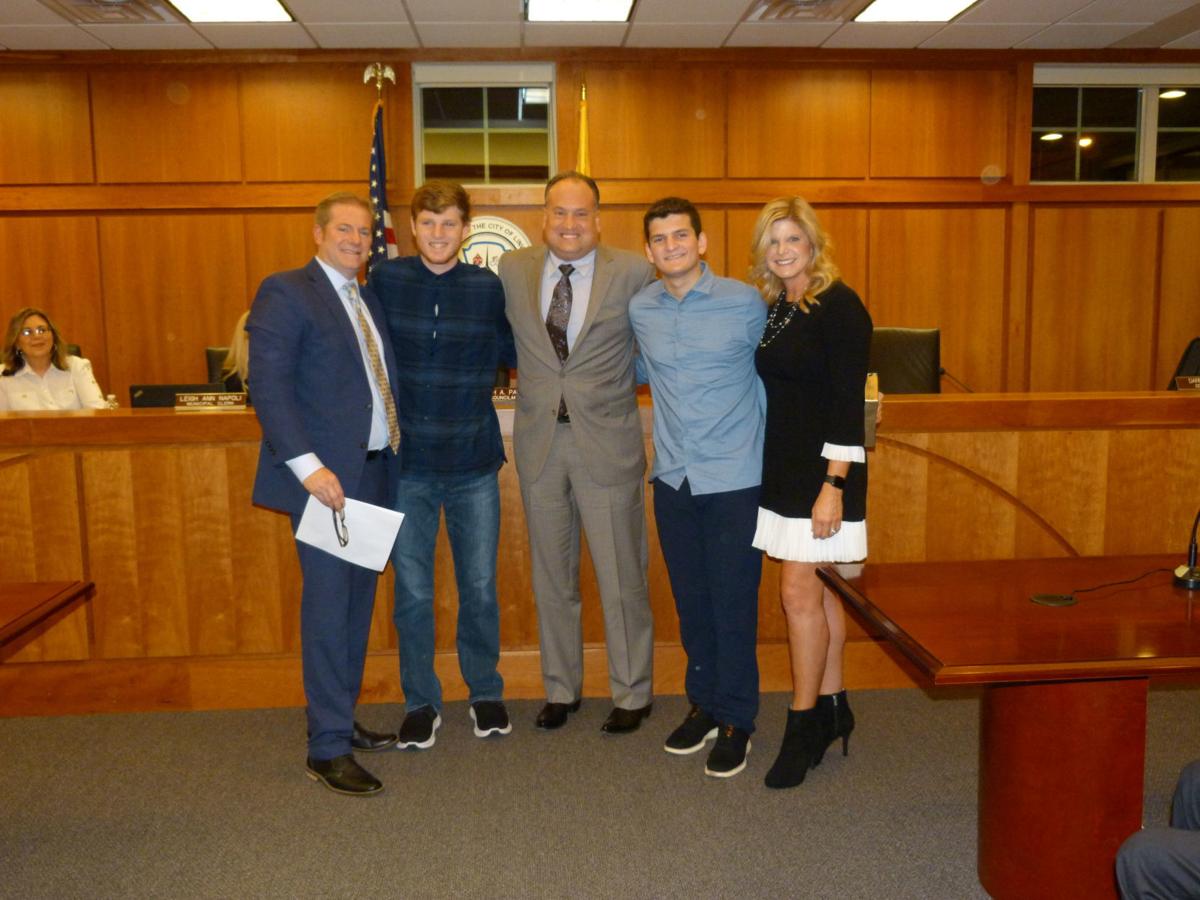 Newly elected Linwood Mayor Darren Matik is sworn in with his wife Brett and sons Zach and Xander by his side. 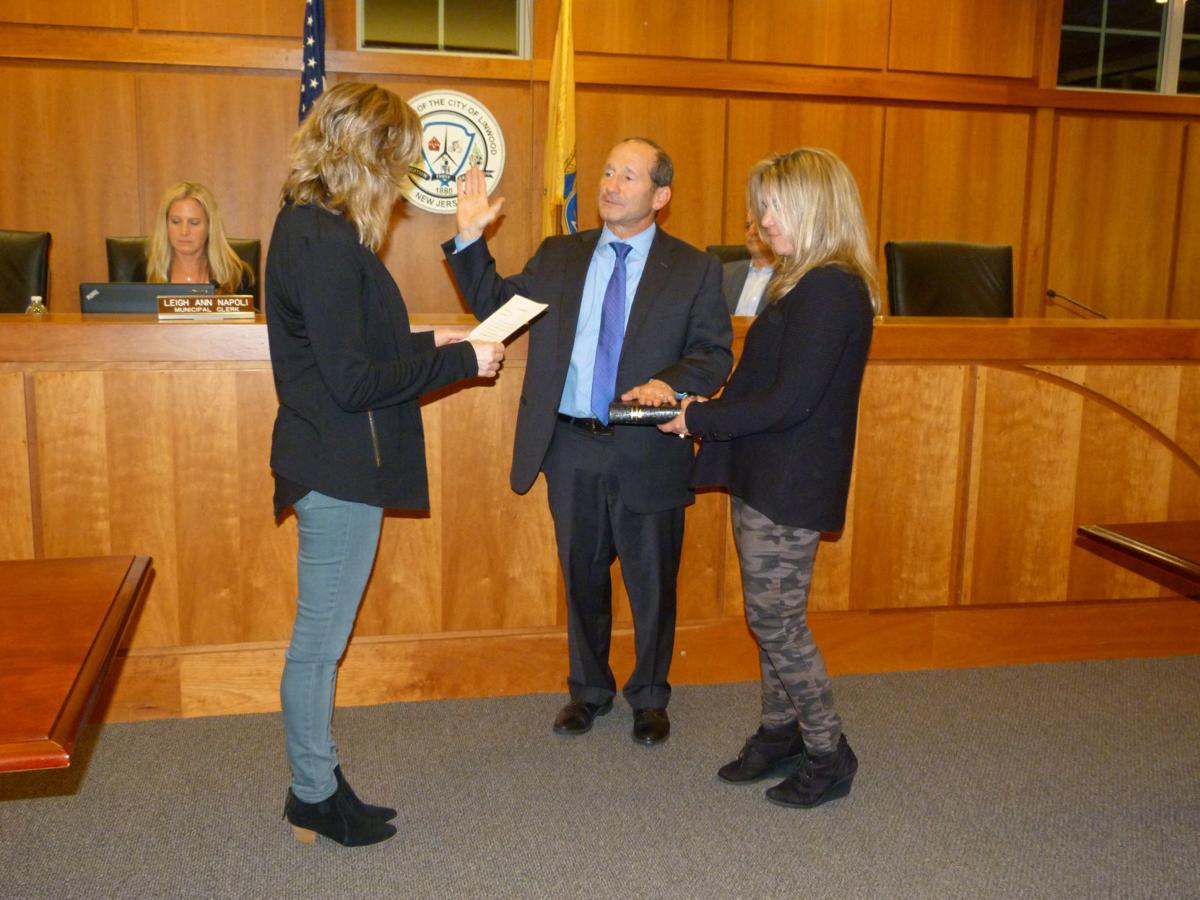 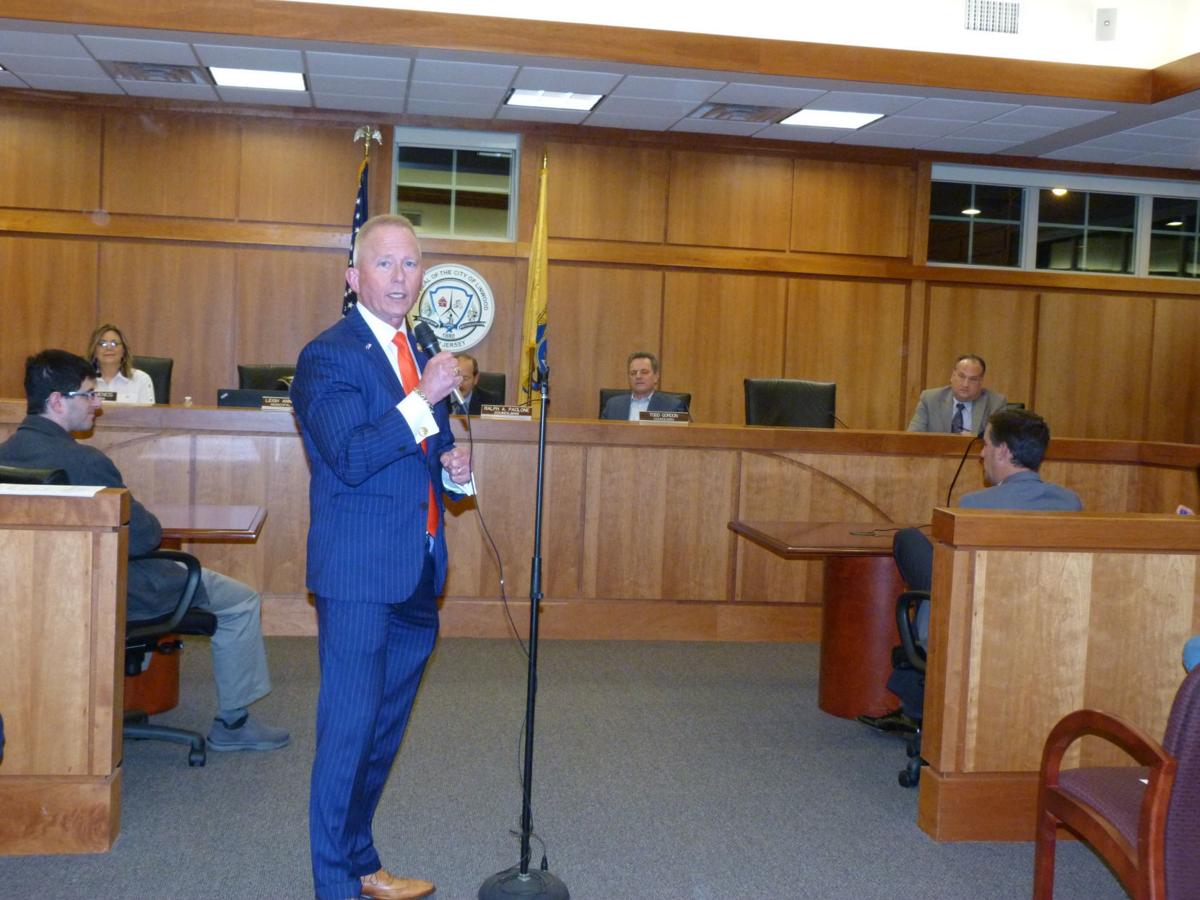 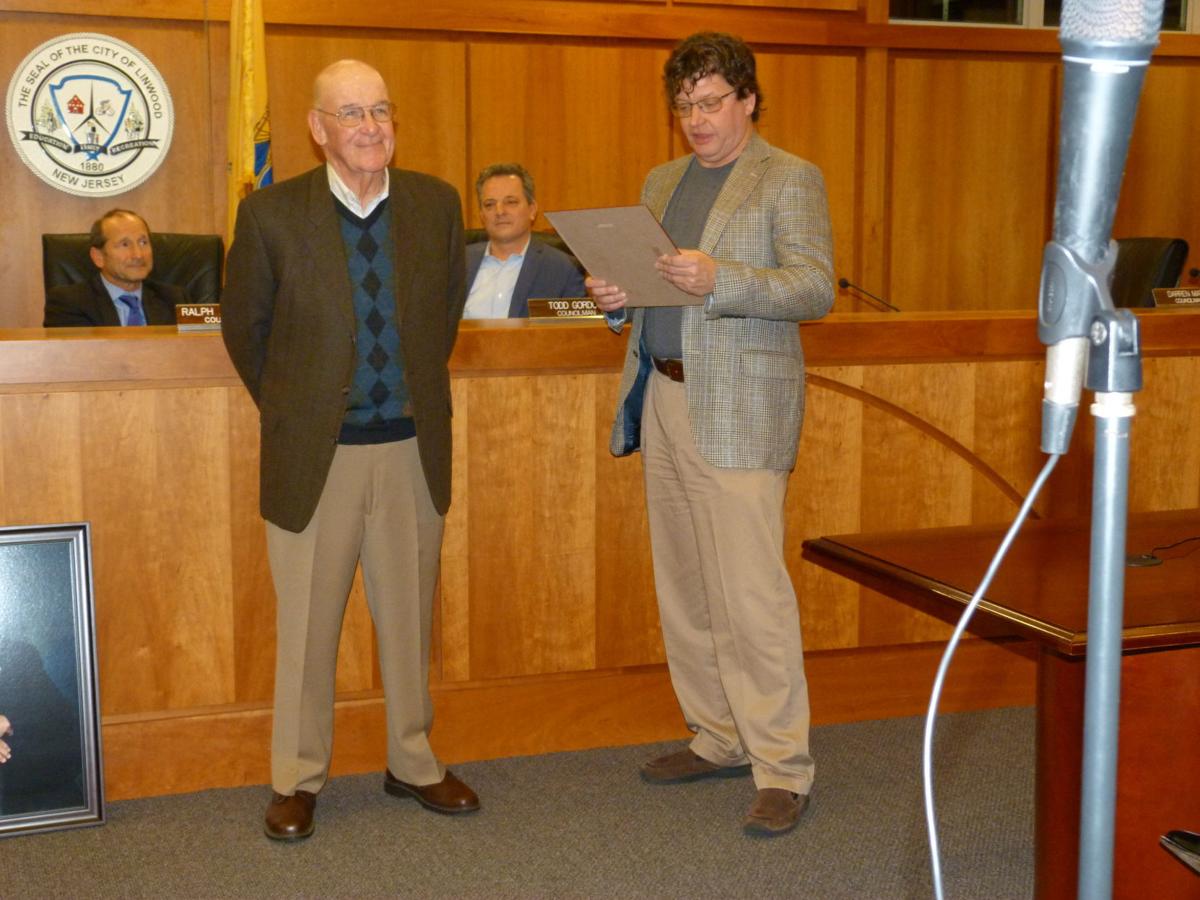 Councilman Brian Heun presents a plaque for his 42 years of service to Joe Breidenstine. 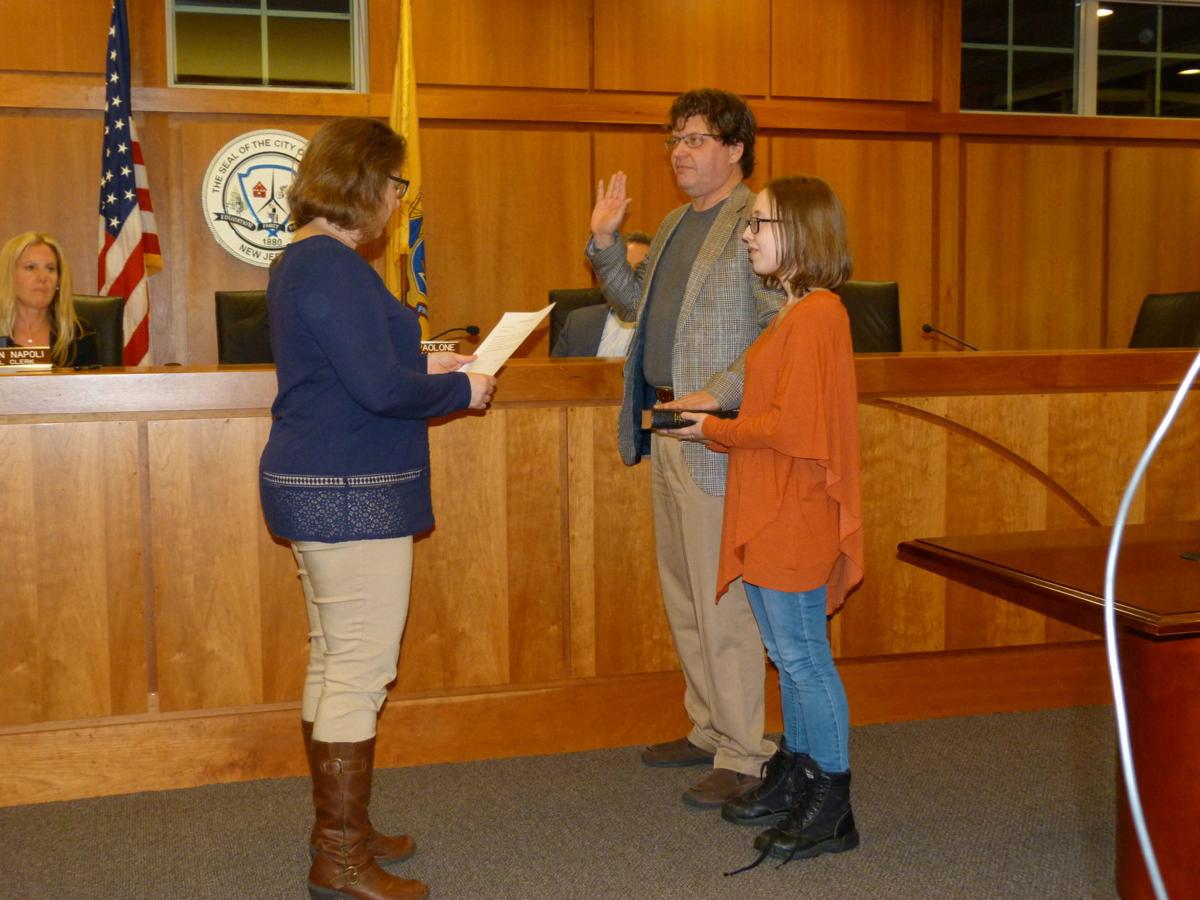 Linwood Councilman Brian Heun is sworn in by his wife Valerie. 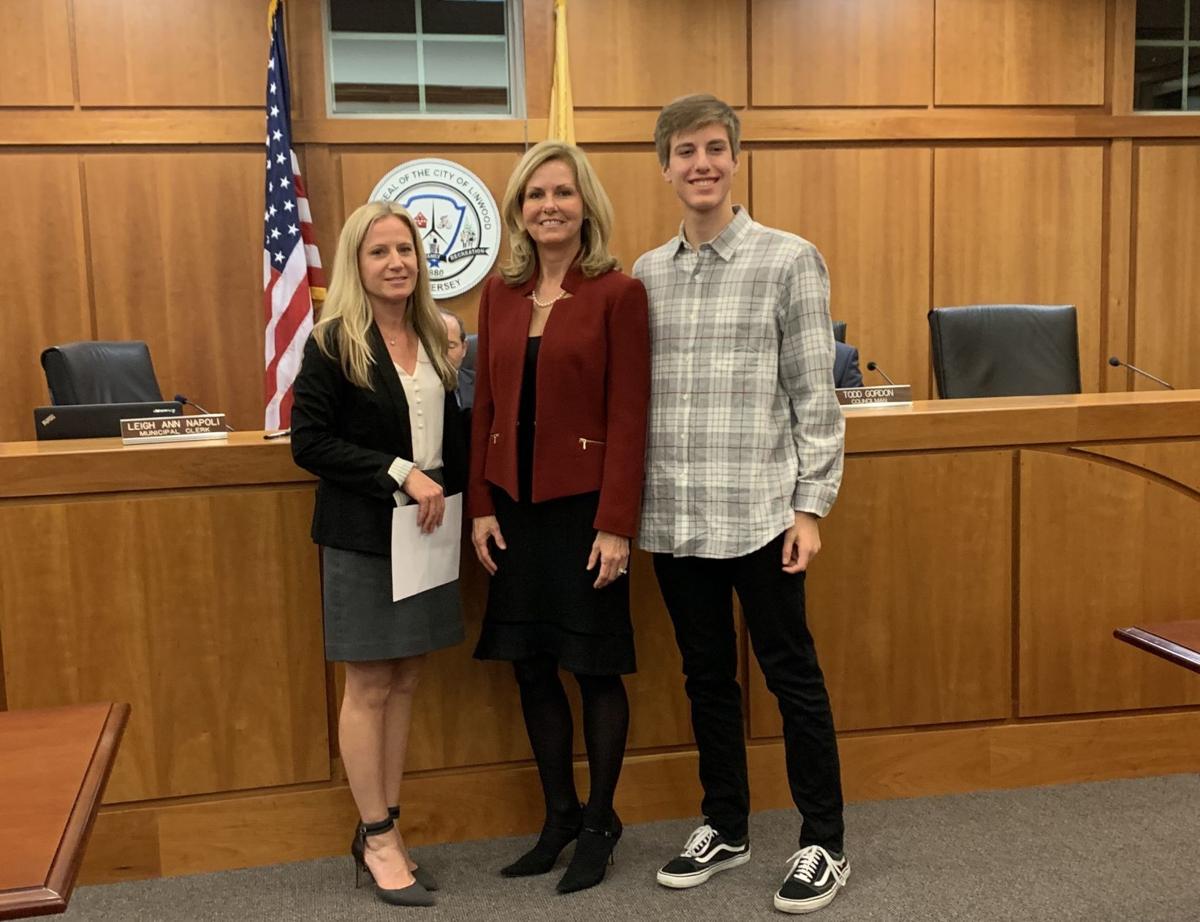 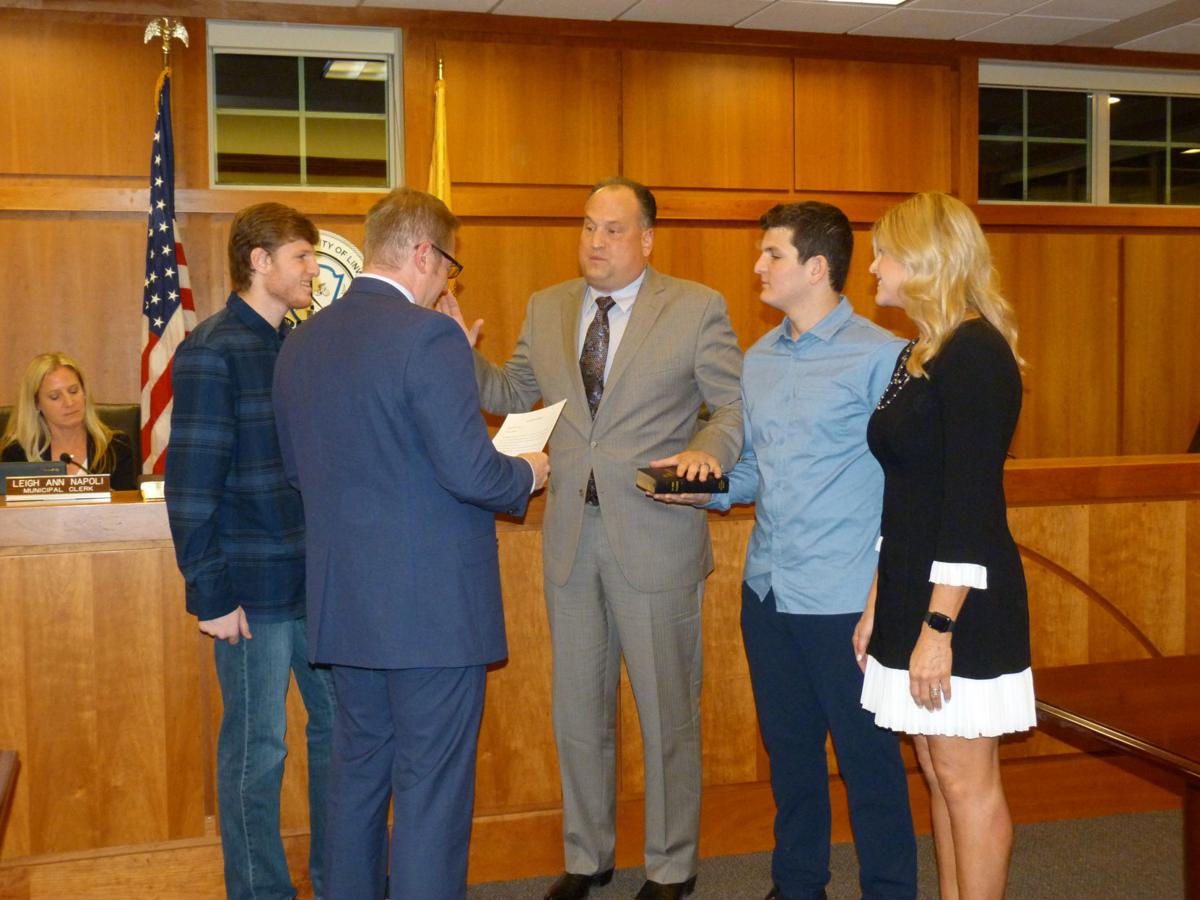 City Council President Ralph Paolone presents a plaque along with a portrait to former Linwood Mayor Rick DePamphilis, center, who is flanked by his wife Sally.

Newly elected Linwood Mayor Darren Matik is sworn in with his wife Brett and sons Zach and Xander by his side.

Councilman Brian Heun presents a plaque for his 42 years of service to Joe Breidenstine.

Linwood Councilman Brian Heun is sworn in by his wife Valerie.

LINWOOD — During the 2020 reorganization meeting in Linwood on Saturday evening, officials took care of business, welcomed new Mayor Darren Matik, swore in returning council members, and established boards around the city. The heart of the meeting reflected on who will be missing as the city enters the new decade.

Richard DePamphilis did not seek reelection and ends his tenure in the city after 18 years at the helm. Each member of council lauded the former mayor and credited him for getting involved in city government as well for mentoring them.

Councilwoman Stacy DeDomenicis said, “Rick your leadership, your mentoring and your friendship is a legacy that will live on in Linwood.”

Likewise, Councilman Brian Heun lamented the departure of DePamphilis, saying, “This is a bittersweet meeting. I am sure Mayor Matik will do a great job but I am here on council because of Rick, and it is going to take some time to get used to not seeing him in that seat.”

Council President Ralph Paolone presented DePamphilis with a plaque that recognized his service and dedication to Linwood, noting his induction into the New Jersey Mayors Hall of Fame in December. They also unveiled a portrait of DePamphilis that will hang in City Hall along with the Linwood mayors who served before him.

DePamphilis said the best thing he did as mayor was to surround himself with talented people and then wished all a fond farewell.

Newly sworn-in Matik gave his state of the city address that is customary at the reorganization meeting. Among the highlights for the upcoming year were the extension of the bike path to the waterfront behind Cornerstone Commerce Center and the Exchange, and a flashing pedestrian crossing sign on New Road at Monroe Avenue near Mainland Regional High School.

Rabbi David Weis gave the invocation for the Linwood reorganization. He offered prayers and said to Matik and the council members, “Anyone can do this job when it is easy. But your real job begins when things go wrong and when there are no easy answers.” He reminded the office holders that events are not good or bad but it is what you do with those events that makes them good or bad.

Also honored at the meeting was Joseph Breidenstine, who retires from the city of Linwood after 42 years of service, most recently as the secretary for the Planning Board. He was also a member of the Board of Education, a councilman and a member of the Planning and Zoning boards.

Linwood meetings are normally held on the second and fourth Wednesday of the month in City Hall, with the caucus meeting at 6 p.m. and the regular meeting immediately after. To keep up to date, see linwoodcity.org