John John Santoro with his team of Knicks City Kids that he performs with at the New York Knicks basketball games at Madison Square Garden. 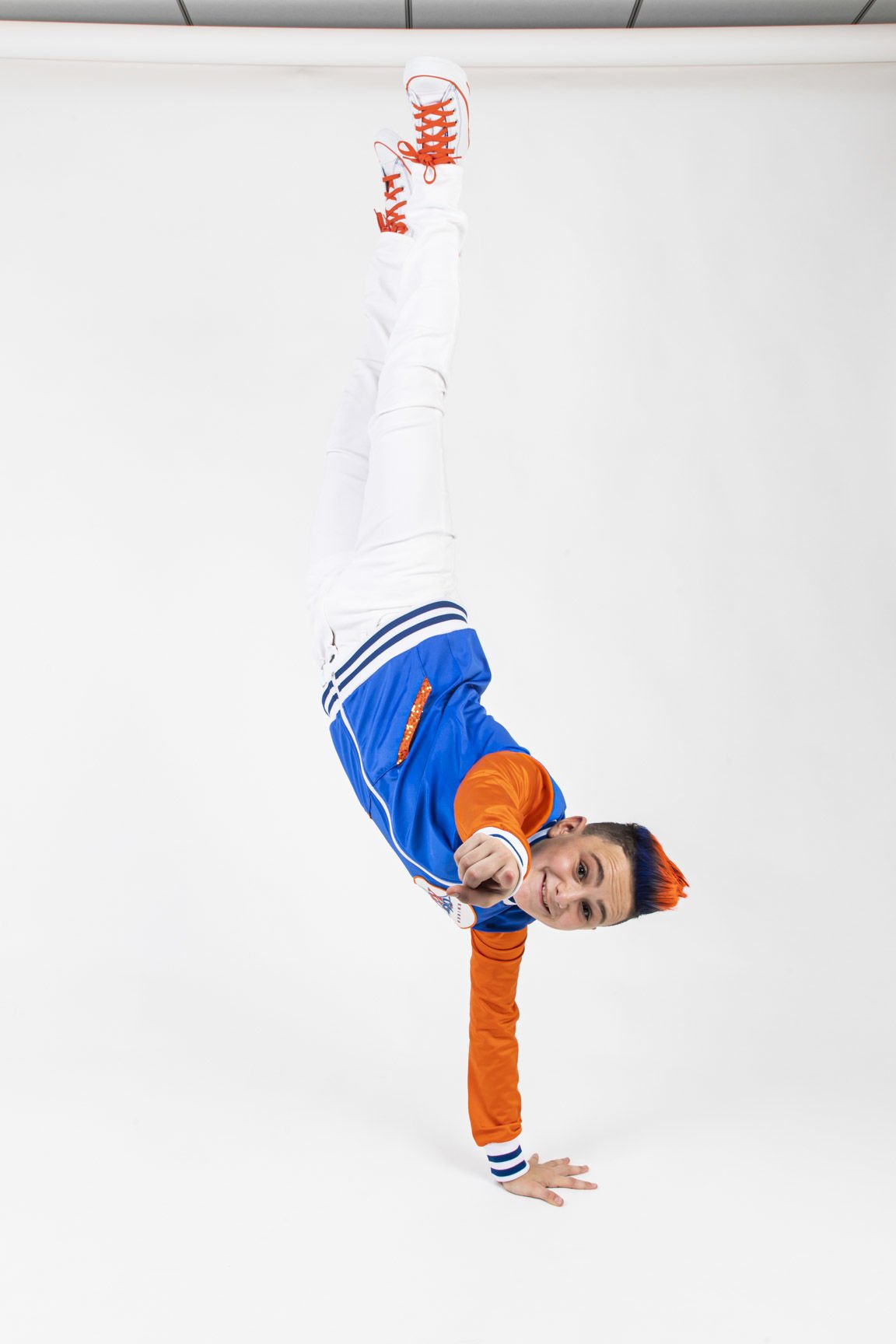 Hip Hop dancer John John Santoro of Linwood at Prodance Academy in Northfield, where he has taken dance for four years.

John John Santoro with his team of Knicks City Kids that he performs with at the New York Knicks basketball games at Madison Square Garden.

Hip Hop dancer John John Santoro of Linwood at Prodance Academy in Northfield, where he has taken dance for four years.

LINWOOD — John John Santoro dances to a different beat, a hip-hop beat to be exact. The 12-year-old called himself a former professional living room dancer.

He has taken a quantum leap from dancing in the living room to Madison Square Garden, where he is a member of the Knicks City Kids. John John and his team of Knicks City Kid hip-hop dancers perform between the quarters in front of thousands of screaming basketball fans.

John John’s mother, Tara Santoro said some kids want to come home from school and play video games; John John wanted to turn on VH1 so he could dance. “Dance is his thing,” Tara Santoro said. “John John has ADHD (attention deficit hyperactivity disorder) and this is his calming thing. He needs the outlet, and he honestly loves it. He can feel the music; it is just something that is inside of him.”

Getting all those dance moves that landed the 12-year-old on the Knicks City Kids team did not just come from dancing along to the shows on TV. He has been studying dance for the past four years at Prodance Academy in Northfield, where he has taken ballet, jazz, tap, lyrical and contemporary dance. He works on leaps and turns in hip hop class.

The young dancer attends dance conventions where there is a chance to perform and compete as well as take classes. It was at those conventions that he gained notice and crossed paths with Sky Hoffmann, a professional hip hop dancer who toured with Justin Timberlake and performed at Super Bowl 52. Hoffmann now teaches a hip-hop class at Prodance Academy that draws dancers from as far away as Hoboken.

But getting the chance to dance in the Big Apple did not come without sacrifice. Performing at the New York Knicks home games can make for a long day. The game actually tips off at 7:30 p.m. but the Santoros need to be on the road by 11 a.m. The dance team will practice two hours before the game, have dinner and then do two performances during the game. They are on the way back to Linwood by 10 p.m.

One of the decisions the Santoro family had to make was to stay or leave Belhaven Middle School. The young dancer is now homeschooled. His mother said he is enrolled in Acellus, an accredited K-12 curriculum, and he is up to speed in his school work. “When we sat down with (former) Principal Mrs. (Susan) Speirs to talk about what we were thinking, she could not have been more supportive,” said Tara Santoro. The other tough decision was giving up playing football. “Playing (Linwood) Panther football was something I loved, and I wish I could do both football and dance, but with all of the time traveling I could not be at the practices,” John John said.

The extended Santoro family does not make every game, but when they do, there is a loud and proud family cheering for the Knicks City Kids. John John has a big fan in his little brother, 4-year-old Ashton, who is also taking dance at Prodance Academy and busy jumping and doing splits while his big brother is working on his craft. Maybe there will be another Santoro brother auditioning for a chance to jump, flip and dance on the hardwood one day.