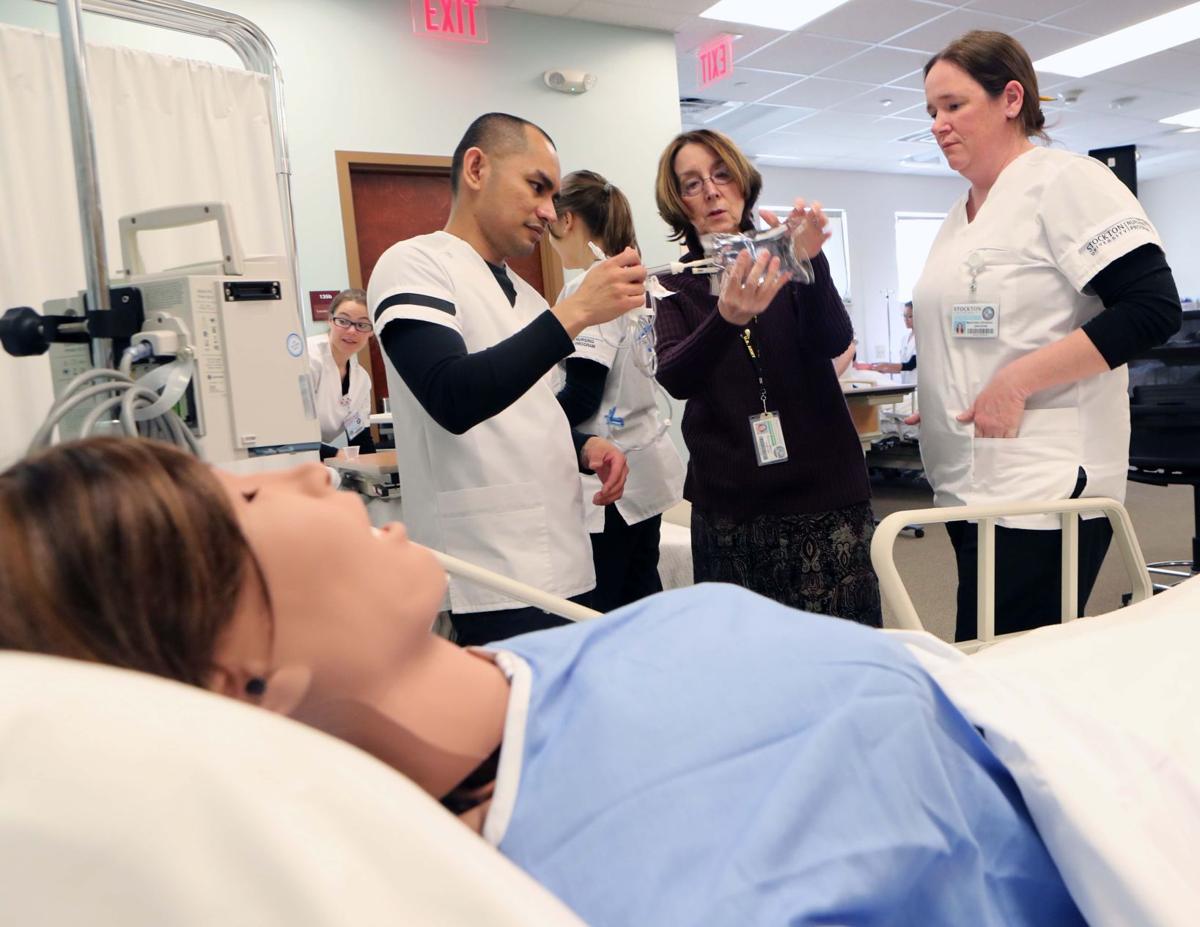 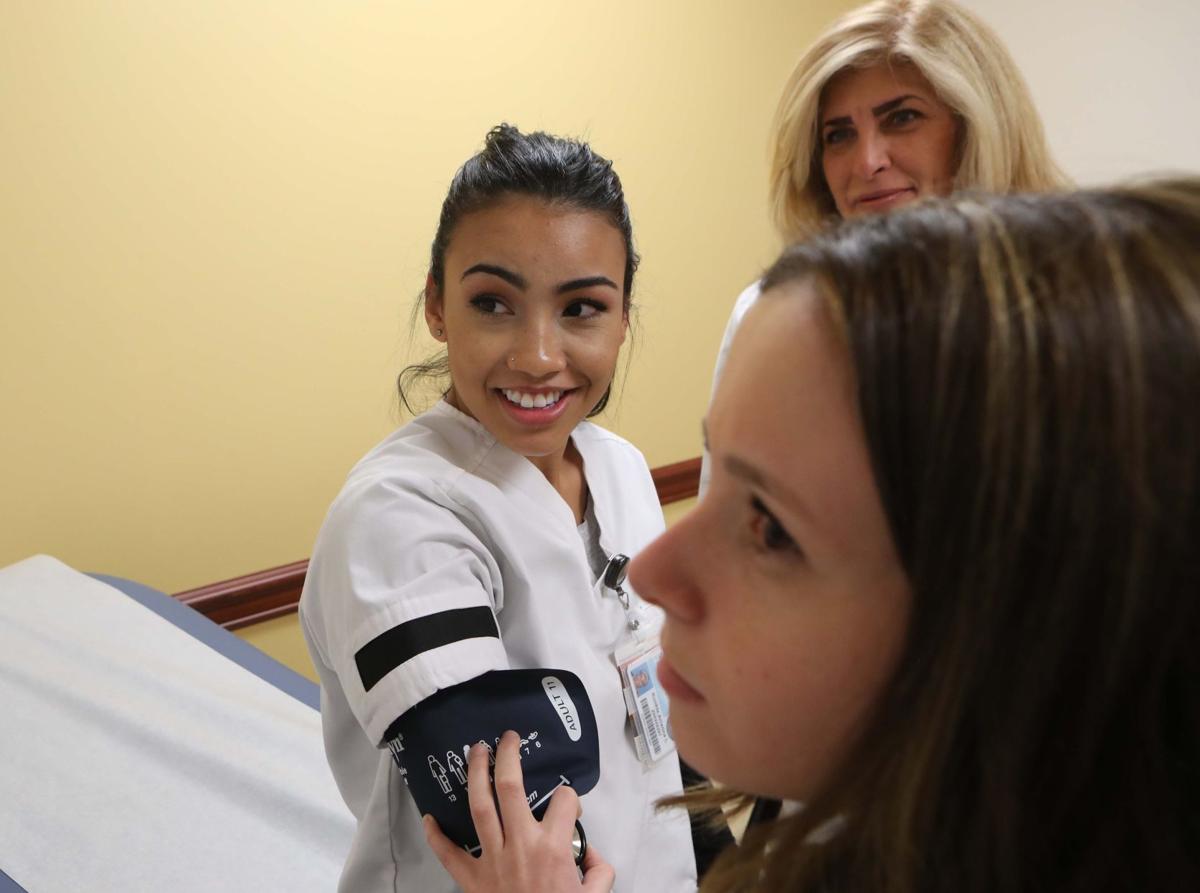 Nursing is one of the fastest growing professions in the country, according to national reports, but it’s still facing an impending shortage as experienced workers retire and the population of older residents grows rapidly.

Major nursing organizations and federal agencies predict more than 1 million additional nurses will be needed in the United States by 2024 to replace outgoing nurses and serve the health care needs of the baby boomer generation. Much of that responsibility is falling on college nursing programs.

“The key is in schools of nursing and having the faculty to meet student demand,” said Judy Schmidt, CEO of the New Jersey State Nurses Association. “And if we can get students into nursing programs and to graduate, I think we’ll be able to meet workplace demand.”

GALLOWAY TOWNSHIP — Looking back on her life, Shatira Williams, 33, wishes she listened to h…

More than 83,000 registered nurses and 4,700 advanced practice nurses were employed in the state from 2016 to 2017, according to the New Jersey Collaborating Center for Nursing reports.

Schmidt said while nursing in New Jersey is relatively stable, the profession is already seeing shortages in certain specialties, such as operating room, labor and delivery, hospice, and home health.

Shortages are a result of a combination of factors, she said, most notably a wave of older, experienced nurses who put off retirement amid the past decade’s economic downturn who are now leaving.

“In this area, I know many people’s spouses lost jobs when casinos closed, and nurses were very happy with their employment,” said Joan Perks, associate professor and nursing program coordinator at Stockton University. “But now, more colleagues are talking about retiring.”

Some nurses who aren’t retiring right away are moving out of hospital inpatient care and into outpatient treatment, Schmidt said, leaving health providers needing experienced and sometimes advanced practice nurses, such as nurse practitioners, to fill those positions.

Fight for your rights to rehabilitation, advocates say

The underscored need for nurses is at the forefront of college program initiatives, Perks said. It’s one of the main reasons Stockton has added and expanded degree tracks, including a new doctorate program, class sizes and physical presence in South Jersey.

With that, however, comes an increased need for experienced teaching staff, something both Schmidt and Perks said has been difficult to come by as more professionals retire. Salary discrepancies are also an issue.

The mean salary for a registered nurse in New Jersey in 2016 was $80,580 and $115,203 for advanced practice nurses, according to the U.S. Bureau of Labor Statistics. Schmidt said starting salaries for university positions, which require masters and sometimes doctorate degrees, are usually lower.

“Many nurses are head of households, or have income that’s important to their families, so finances weight heavily on these decisions,” Schmidt said, “which is why many stay working in the private sector.”

Stephanie Morin, 22, of Marlboro, Monmouth County, entered Stockton’s accelerated 15-month BSN program after hearing about her brother’s impact as a nurse. She said it’s helpful in the classroom to have experienced professors who can give real examples of what they’re learning in a textbook and how they navigated the nursing profession.

Myrna Keklak, associate professor and division chairperson of Nursing & Allied Health Programs at Atlantic Cape Community College, said that has been an ongoing issue at the community college level as well.

State and federal funding can help so that colleges and universities may offer competitive salaries to hire more staff in expanding programs. The U.S. House of Representatives passed legislation last month that would reauthorize federally funded Nursing Workforce Development Programs through fiscal year 2023.

Nursing students also need clinical experience, which means colleges must work with community health providers to get students placed into rotations. Perks said New Jersey programs are starting to compete for those positions with students coming over from programs in Philadelphia.

“It’s so awesome to be able to see and apply the things we’ve learned about in class,” Morin said. “Clinical is where we finally get to start making an impact in people’s lives.”

It’s a domino effect, experts say, one that needs to accommodate more nursing students, faculty and clinical positions to address the looming shortage.

“I’ll have someone say, ‘Why expand and take more students now? Aren’t you afraid of flooding the market?’” Keklak said. “I know from what I see and read that we will have a deficit of registered nurses in this state, so a student who wants to be a nurse today will represent what happens four to five years from now. I’m planning for the future.”

South Jersey hospitals once again made a list of high-performing medical centers across the state, getting recognition for greater quality car…

A slew of health-related bills passed through legislative committee hearings Thursday, with several focusing on addiction.