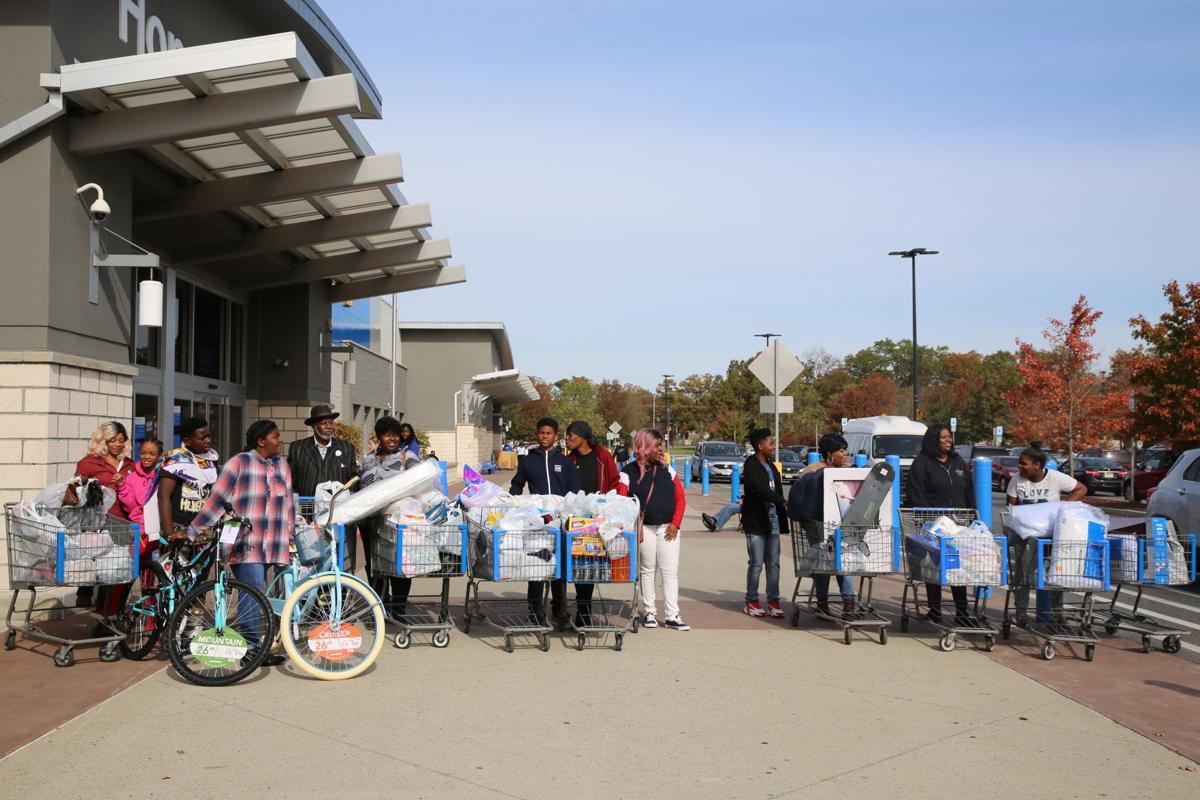 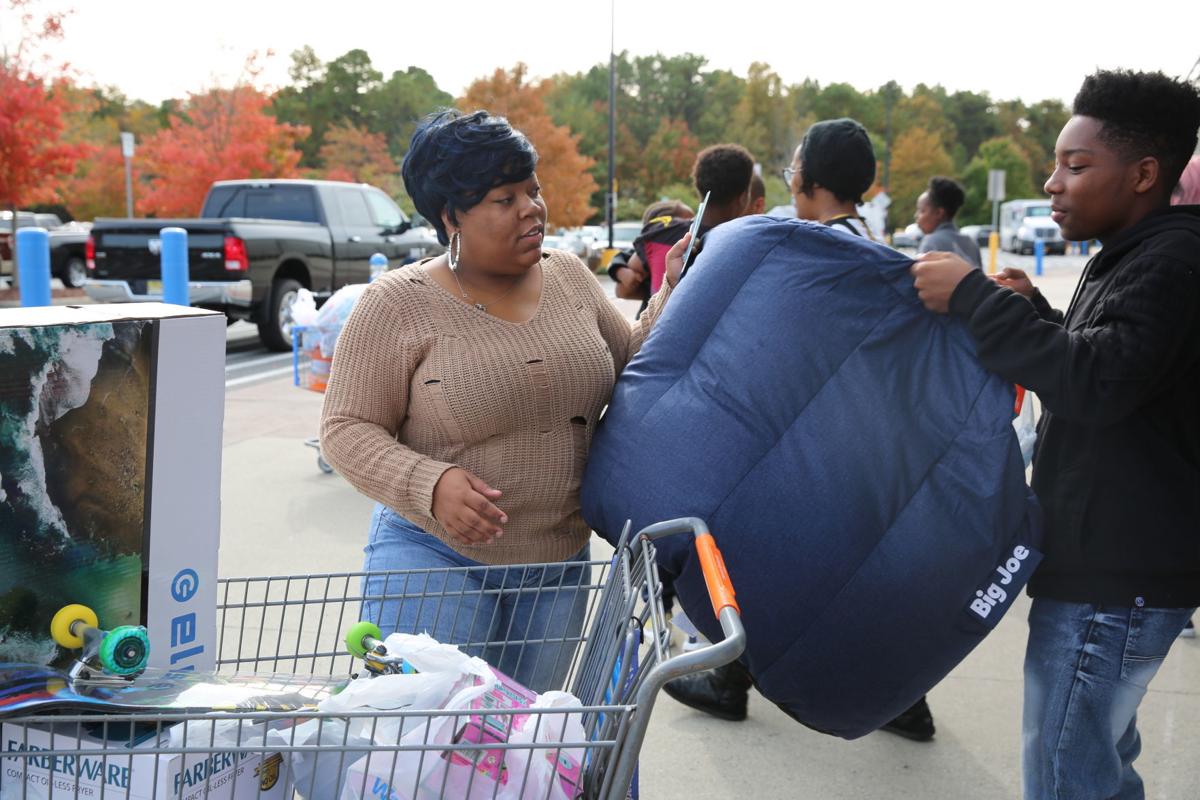 Nasir Woodard, 14, of Atlantic City, and his mother, Calice Mitchell, take stock of their cart after going on a $1,000 shopping spree Saturday at Walmart in Mays Landing.

Nasir Woodard, 14, of Atlantic City, and his mother, Calice Mitchell, take stock of their cart after going on a $1,000 shopping spree Saturday at Walmart in Mays Landing.

MAYS LANDING — Nasir Woodard’s first stop Saturday morning at Walmart was the Halloween section. Passing by bags and bags of candy, the 14-year-old picked up an “unknown phantom” costume for his little brother.

After picking out a 32-inch television, gaming headphones and the new “Call of Duty: Modern Warfare” video game, Woodard, of Atlantic City, made a bee line for the toy aisle to pick up a skateboard for his little brother and dolls for his little sisters. Rounding back to the home section, he had his mom, Calice Mitchell, pick out a turquoise air fryer.

Asked why he was getting gifts for his family, he grinned and said, “Because.”

In September 2014, a seventh-grader from Hamilton Township died by suicide.

Woodard was one of five Atlantic Community Charter School students who were awarded $1,000 shopping sprees at the store for their academic achievement. They were picked after administrators at the Galloway Township school calculated each student’s combined subject growth in the New Jersey Student Learning Assessment, a yearly standardized test that covers math, language and science skills.

“These kids are all awesome kids,” Principal Edmund Cetrullo Jr. said. “We are very proud of their success and are appreciative of our benefactor to support our students and staff with such a generous gift. It just shows that anyone, no matter their background or ZIP code, can succeed when they put their mind to it and surround themselves with a great supporting cast at home and school.”

Funding for the spree came from Vahan and Danielle Gureghian of CSMI Education Management, according to a news release from the school.

While Nasir shopped, Mitchell reminded him to keep count of their total, and joked that Christmas came a little early this year. After picking up a bean bag chair, she smiled at him and said, “Whatever floats your boat.”

“He’s a good kid, and he deserves it,” Mitchell said while Nasir looked at a 98-cent candy display for Raisinets. “Most teens in our area are into some crazy stuff, and he’s not.”

Other students on the spree picked up bikes, laptops, clothing and food.

D’Andre Good-McNaire, 12, came out of the store with two full carts of his favorite snacks and drinks.

He thought he was in trouble when he was called to Cetrullo’s office, but it turned out he was awarded the shopping spree, he said, adding he plans to work hard this year to try to win it again.

The rule of the day was to buy everything D’Andre always asks her for, said his mother, Jameelah McNair. And a bike.

“It’s a push to encourage him and help him learn,” McNair said, adding he struggles in school due to attention-deficit/hyperactivity disorder. “I’m proud of him. My baby did it.”

SEEN at Halloween ComicFest at the Hamilton Mall

Brigantine to repair skate park after residents' outcry to save it

BRIGANTINE — The city will fund more than $200,000 in repairs to the skate park after dozens…

Factors in place for fall foliage fans to have good season