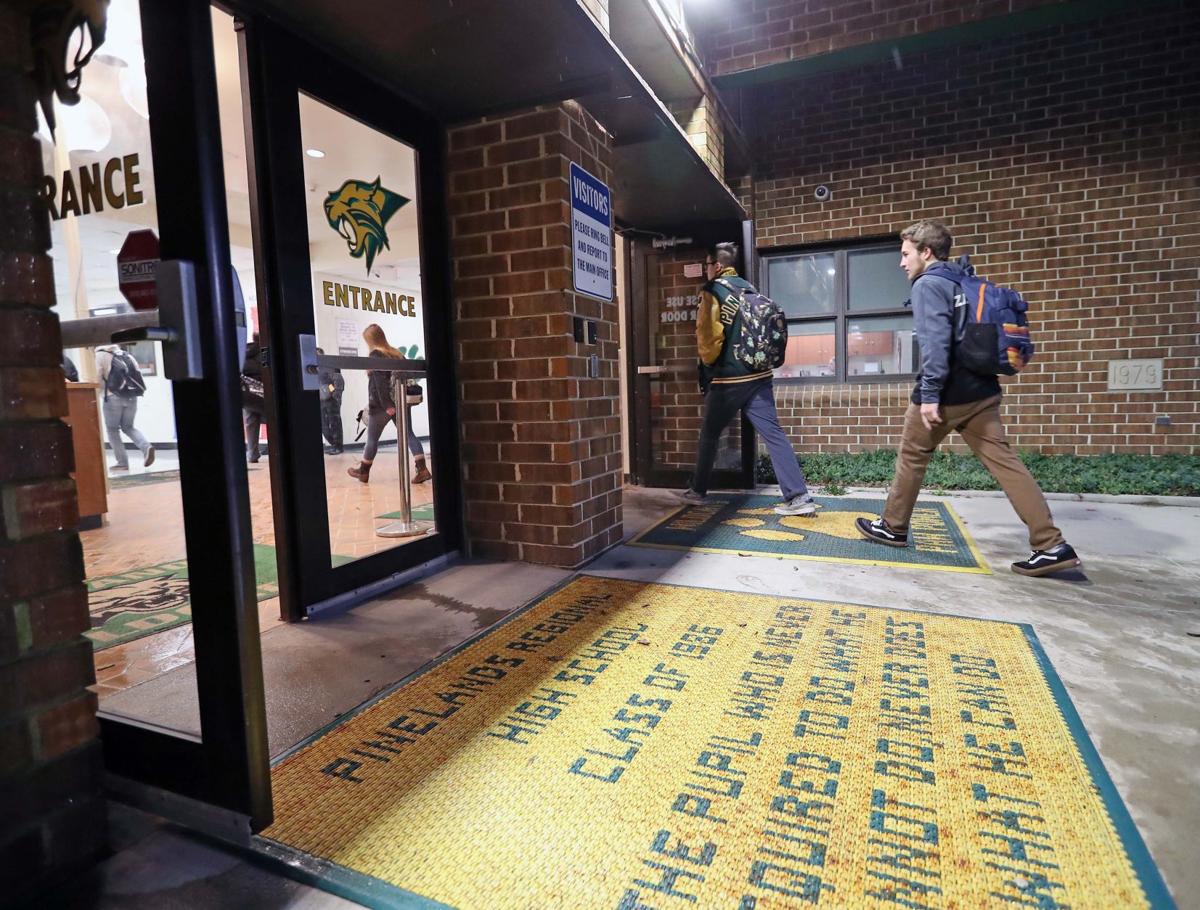 At its December meeting, the Pinelands Regional School District, located in the township and home to 1,580 students in grades seven through 12, approved a shared-services agreement for the business administrator position recently vacated by Stephen Brennan.

LITTLE EGG HARBOR TOWNSHIP — The local and regional school districts here now have one superintendent, a move administrators hope will bring stability for students and savings to taxpayers.

The announcement comes after months of turmoil in the Pinelands Regional School District when students were forced out of the high school for three months over the fall and winter due to a roofing project gone awry. On Friday, Little Egg Harbor Superintendent Melissa McCooley worked her first day as the shared leader for both districts.

“I actually had a construction meeting today and got brought up to speed by the architect and the construction managers,” said McCooley, 42, of Galloway Township. “I don’t foresee major issues happening as they did.”

McCooley, a Pinelands graduate who has served as school chief at Little Egg Harbor for three years, was appointed last week by the Pinelands school board. She said she was approached in December by some of her local school board members to apply for the position, specifically as a way to share services and reduce costs.

Other regional schools in South Jersey have made similar moves to reduce administrators. In Atlantic County, Mainland Regional High School Superintendent Mark Marrone just announced he will become both the principal and the superintendent of the regional district serving Linwood, Somers Point and Northfield. And for several years, Avalon and Stone Harbor school districts have shared a superintendent who also serves as principal of both schools.

Mainland Superintendent Marrone to take on dual role as principal

McCooley’s name had been floated for months before the final announcement, but district officials kept quiet as they waited for state approval of the shared service.

“It was a long process,” Pinelands Board of Education President Susan Ernst said. “We had many candidates.”

The Pinelands Regional School District had been searching for a permanent superintendent for two years. Former interim Superintendent Maryann Banks, of Toms River, was hired for the 2016-17 school year, replacing Robert Blake, who resigned in 2016.

Then, in the midst of the $53 million construction project at Pinelands Regional High School, Banks resigned. Since then, Director of Curriculum Cheryl Stevenson has been the acting superintendent.

The district has about 1,579 students, 13 administrators, 165 teachers and an annual budget of $32.5 million. The Pinelands Regional Board of Education serves students in grades seven through 12 from Little Egg Harbor Township, Tuckerton and Eagleswood Township in Ocean County and Bass River Township in Burlington County.

Ernst said McCooley’s previous experience leading a K-12 district in Somerville, Somerset County, and in curriculum development led to the board’s decision. Ernst said previously the taxpayers stand to save $800,000 over the four-year contract. In Blake’s last year, he earned a base salary of $157,500.

At Little Egg Harbor Township, McCooley earned a base annual salary of $169,689. Now, her salary will increase to $189,689, according to reports.

“Putting the money aside, she’s what we’re looking for. She’s a leader. She’s a doer,” Ernst said of McCooley.

The superintendent is not the only service shared between the two districts. They have an agreement to send Pinelands’ seventh-graders to the Frog Pond School next year while the high school is closed for more construction. This agreement allows the high school students to take classes at the junior high without having to put the schools on split sessions again.

In addition, Pinelands shares its business administrator with Bass River Township and has several agreements with other districts for food and transportation services.

LITTLE EGG HARBOR TOWNSHIP — In a move to save money and fill a longstanding vacancy, the Pi…

School officials said this was not necessarily a move toward consolidation for the sending and receiving districts.

“The issue with consolidation is it’s a lengthy process,” McCooley said. “If it was just Little Egg Harbor and Pinelands, I would say, ‘Yes,’ but the small districts enjoy that small community, and I wouldn’t want to impede on what they have.”

Although Bass River, another Pinelands sending district, is also searching for a superintendent, McCooley said she cannot be shared between more than two districts.

“This is going to be enough work for me as is,” she said.

No candidates file for 5 seats on Somers Point school board

SOMERS POINT — The school board here is facing an unprecedented election this November, as no candidates have filed to run for five open seats…

LITTLE EGG HARBOR TOWNSHIP — A large tarp hangs over the facade of Pinelands Regional High School, where construction workers move about as th…

A few months after hiring a new, shared superintendent, the Pinelands Regional School District is looking for a new business administrator, op…

BRIGANTINE — As enrollment has dropped under 500 and state aid has decreased, one school may be all that’s needed for the island’s elementary …