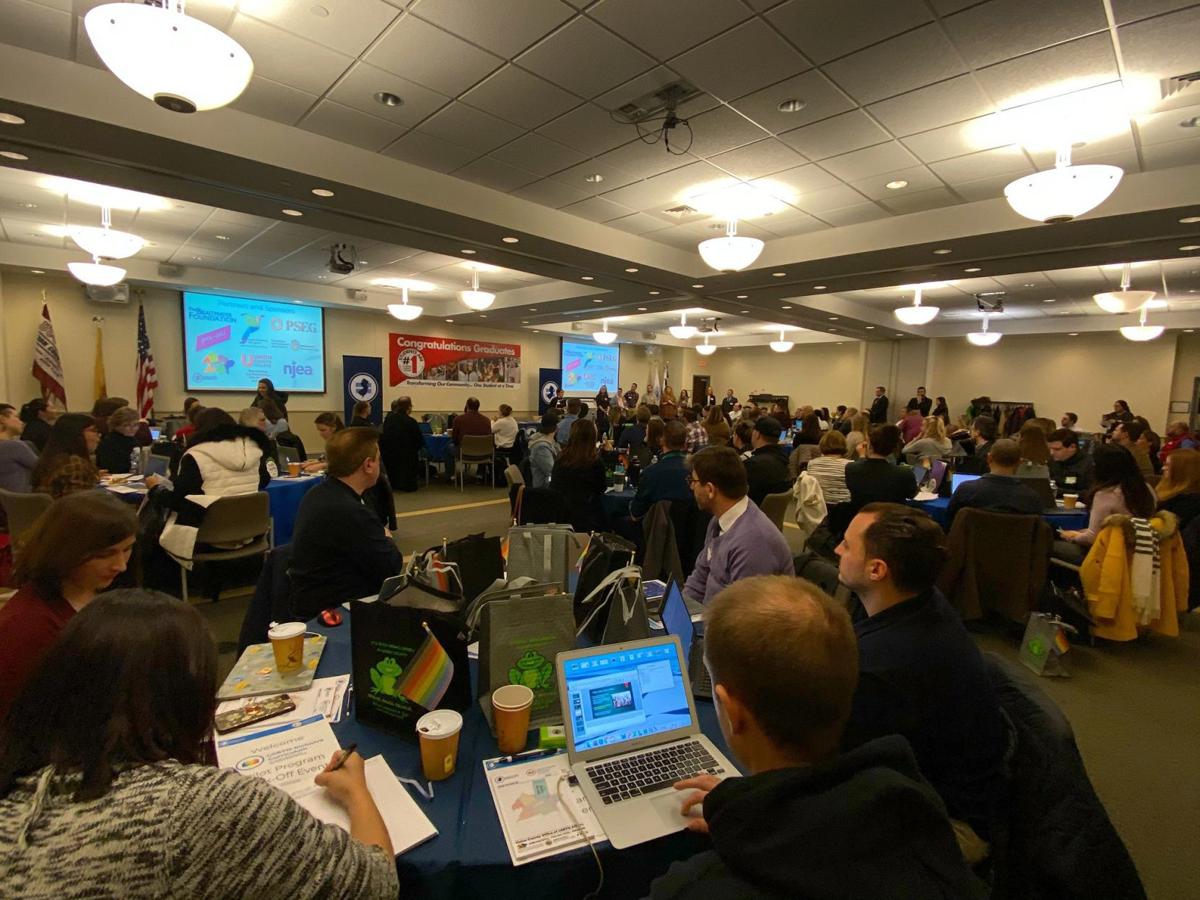 Educators and administrators from the 12 schools around the state participating in the pilot year of the LGBTQ curriculum mandate attend a training session Tuesday in Elizabeth with Garden State Equality. 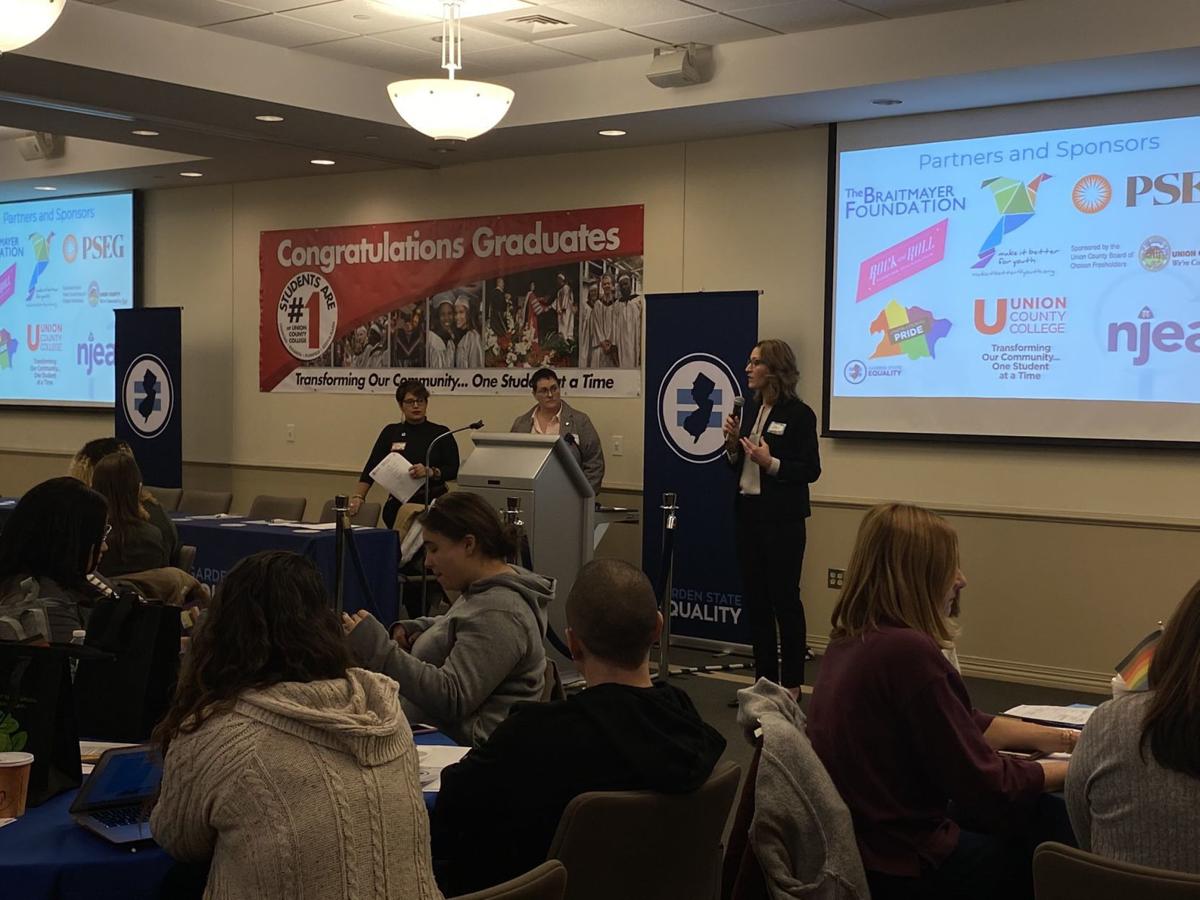 Educators and administrators from the 12 schools around the state participating in the pilot year of the LGBTQ curriculum mandate attend a training session in Elizabeth with Garden State Equality on Tuesday.

Educators and administrators from the 12 schools around the state participating in the pilot year of the LGBTQ curriculum mandate attend a training session Tuesday in Elizabeth with Garden State Equality.

Educators and administrators from the 12 schools around the state participating in the pilot year of the LGBTQ curriculum mandate attend a training session in Elizabeth with Garden State Equality on Tuesday.

This story has been updated with the latest date for the parent meeting.

LITTLE EGG HARBOR TOWNSHIP — The answer will still be the same, and the work to get there won’t change, but eighth grade students at Pinelands Regional Junior High School may notice something slightly different in their math homework this month.

“Word problems: You typically say ‘a husband and wife were doing such and such,’” Pinelands Superintendent Melissa McCooley said. “Now it might say a ‘husband and husband.’”

The subtle change will be part of the state’s new LGBTQ Inclusive Curriculum law. Pinelands Regional Junior High School was selected as one of 12 schools, including Chartertech High School for the Performing Arts in Somers Point, to participate in the pilot year.

Rowan suicide struggles an issue across US campuses

Chartertech Principal Brian McGuire did not respond to a request for comment.

“It’s not just social studies. It’s throughout the curriculum,” McCooley said. “You’re just being more inclusive of all different types of people in your mindset, in your lesson plan and in your lesson.”

The law requires school boards to include instruction and adopt instructional materials that portray the political, economic and social contributions of LGBTQ individuals across all content areas for middle and high school students by next school year.

New Jersey is the second state in the nation to pass such a law.

Using a $185,000 grant from the Braitmayer Foundation and PSEG Foundation, about 45 lesson plans across all subject areas were developed and written by New Jersey teachers involved in Garden State Equality in partnership with Make It Better for Youth, and will be revised throughout the pilot program based on feedback from educators.

Garden State Equality said an additional 60 lesson plans will be released this year, including a series on New Jersey-specific LGBTQ figures and moments. Stockton University is studying the pilot program.

GALLOWAY TOWNSHIP — For someone experiencing a mental health disorder, it is more than just …

“Garden State Equality has been working with education experts over the last year to develop this curriculum in line with New Jersey’s core content standards,” said Christian Fuscarino, executive director of Garden State Equality. “When our study with Stockton University concludes at the end of the pilot program, we trust the results will unequivocally show that inclusive curriculum results in safer schools and smarter students.”

Educators and administrators from participating districts attended a training session Tuesday in Elizabeth with Garden State Equality to get familiar with the details of the program.

McCooley said that during the training, the educators learned they would not only be changing curriculum and lesson plans, but that it would lead to creating a place of inclusion for all students and staff.

“I think that the biggest takeaway that I had yesterday was that there are certain groups of students and staff members that are coming to school or work and feeling that they don’t belong because it’s a very traditional format,” she said.

According to the latest data from the U.S. Centers for Disease Control and Prevention’s Youth Risk Behavior Surveillance System, 33% of LGBTQ students in 2017 experienced bullying at school — nearly twice the rate of heterosexual students — and 10% did not attend school out of fear over a one-month span. The data show LGBTQ students experience much higher rates of depression and hopelessness, and consider or attempt suicide at rates more than triple that of heterosexual youth.

McCooley said Pinelands experiences bullying regarding a student’s sexuality or gender identity, but no more than any other kind of bullying. She said a parent information night is tentatively scheduled for Feb. 5 to answer questions before the program gets underway.

“We’ve already heard some questions and some concerns, and I think the misconception is it’s a separate curriculum or it’s sex education. We’ve had some parents say, ‘Can we opt out of this?’ and there really is no way (for a student) to opt out,” McCooley said. “It’s really about creating an environment that’s more inclusive of all students and those students who are LGBTQ seeing themselves represented in our textbooks and in our lessons.”

She said that once the parents and community see the lessons — which will be available online — they will see the curriculum is not about teaching sexuality.

“It’s just accurately depicting the world we live in,” she said.

A second educator training is scheduled for May.

Hate burpees? This Somers Point gym owner may have done enough to set a world record

SOMERS POINT — When Gena Laielli proposed doing burpees for an entire day, one word came to mind for a lot of her friends and family: crazy.

Lauren Bianco was in her late 20s, addicted to heroin and other drugs and had recently lost her home when she was arrested in 2013 after an ar…

Community turns out for LGBTQ curriculum info session at Pinelands

LITTLE EGG HARBOR TOWNSHIP — While many residents asked about opting out of a pilot program of the soon-to-be-mandated LGBTQ curriculum, Pinel…

Inclusion across the board in school curriculum is a good thing. The example of change used in this article: "husband and wife" t o "husband and husband" demonstrates an even deeper insidious bias that considers a baseline to be male -clear example of sexist bias - in the midst of attempting to create inclusion. Why not just say : "a couple" or a "married couple" in the math word problem? Language designed in the past is inherently and unconsciously sexist . Bring language itself into the 21st century and the minds of speakers will evolve naturally. S/he in place of the male pronoun "he" by preference is a simple example.