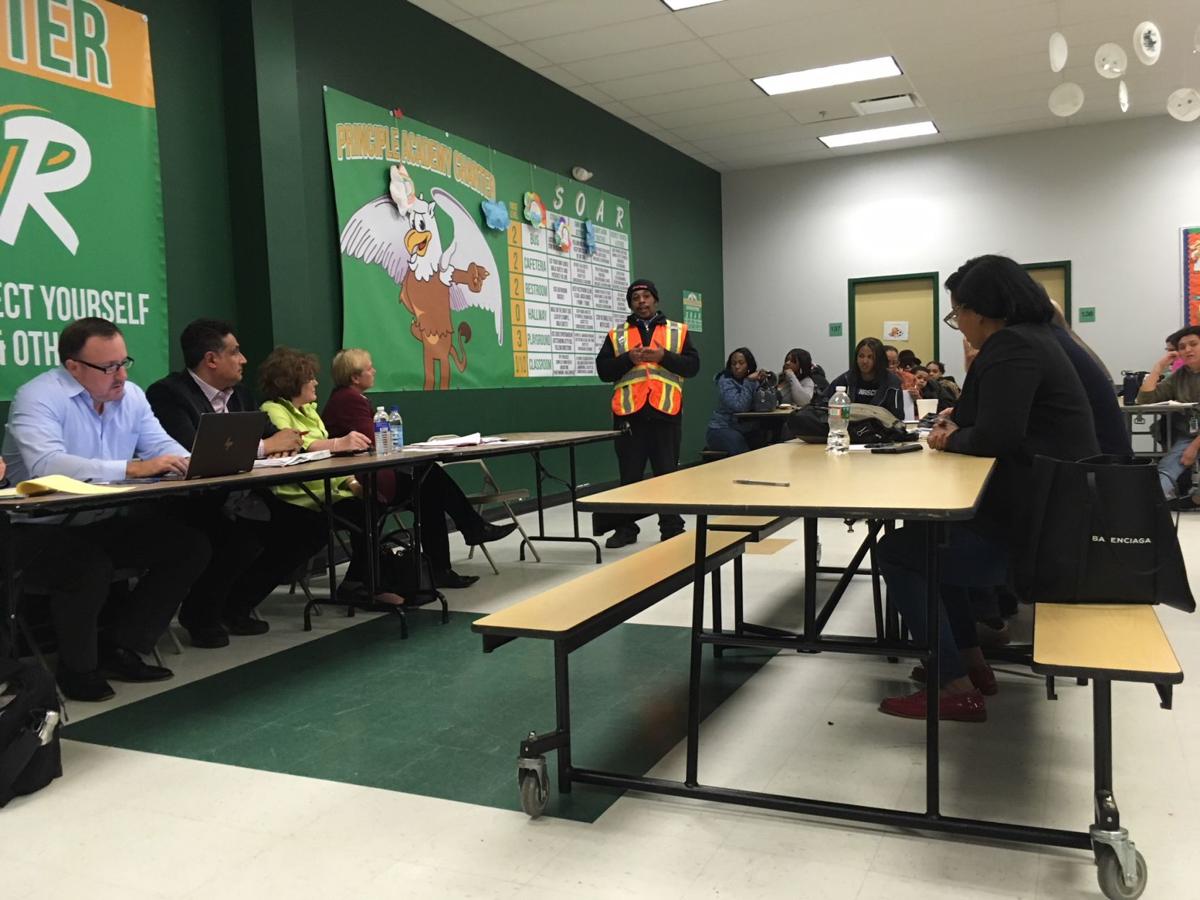 Principle Academy Charter School parent Erwin Ashworth, 24, of Pleasantville, speaks in front of the Board of Trustees, parents, teachers, staff and children during the regular meeting Friday in Egg Harbor Township. 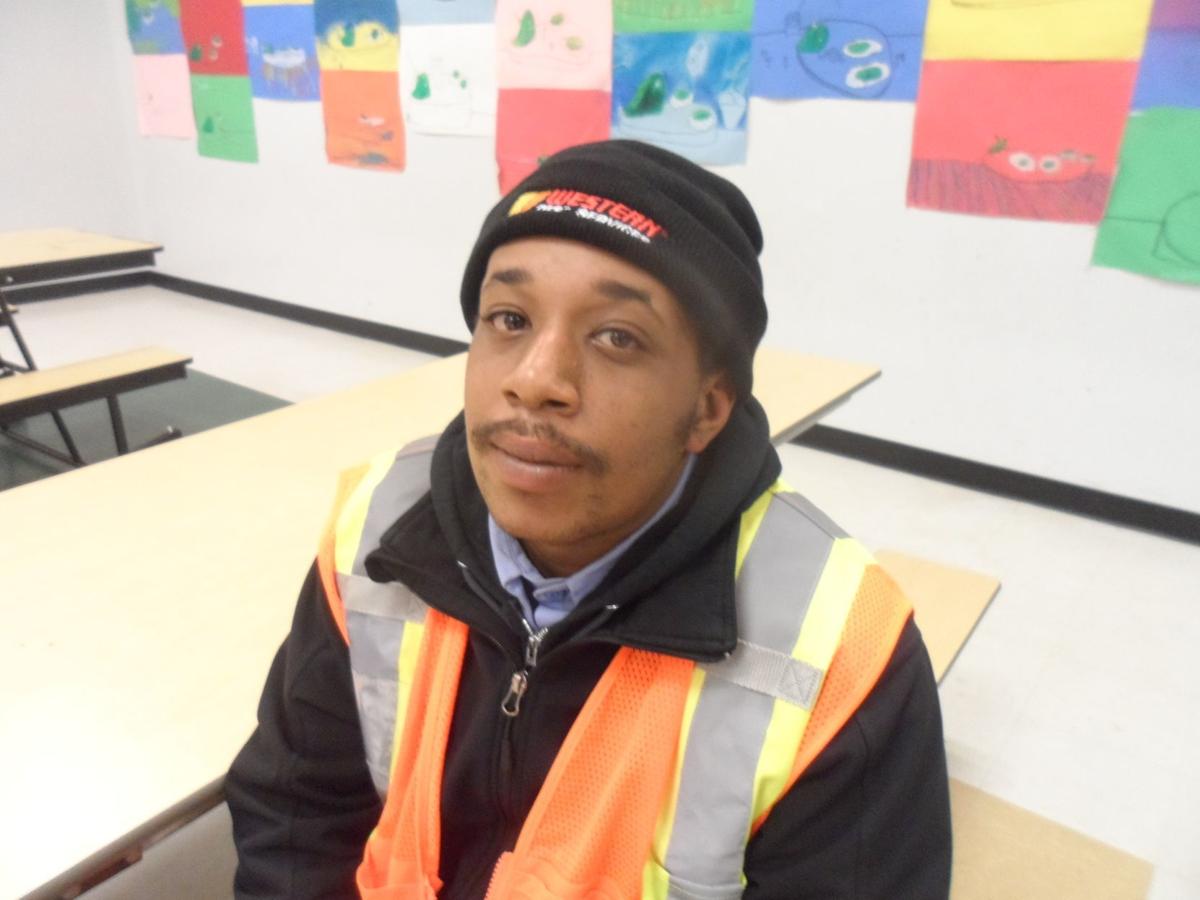 Erwin Ashworth, of Pleasantville, is one of the parents whose child attends Principle Academy Charter School in Egg Harbor Township and who spoke during the Board of Trustees meeting where four teachers were terminated, including his son's kindergarten teacher. 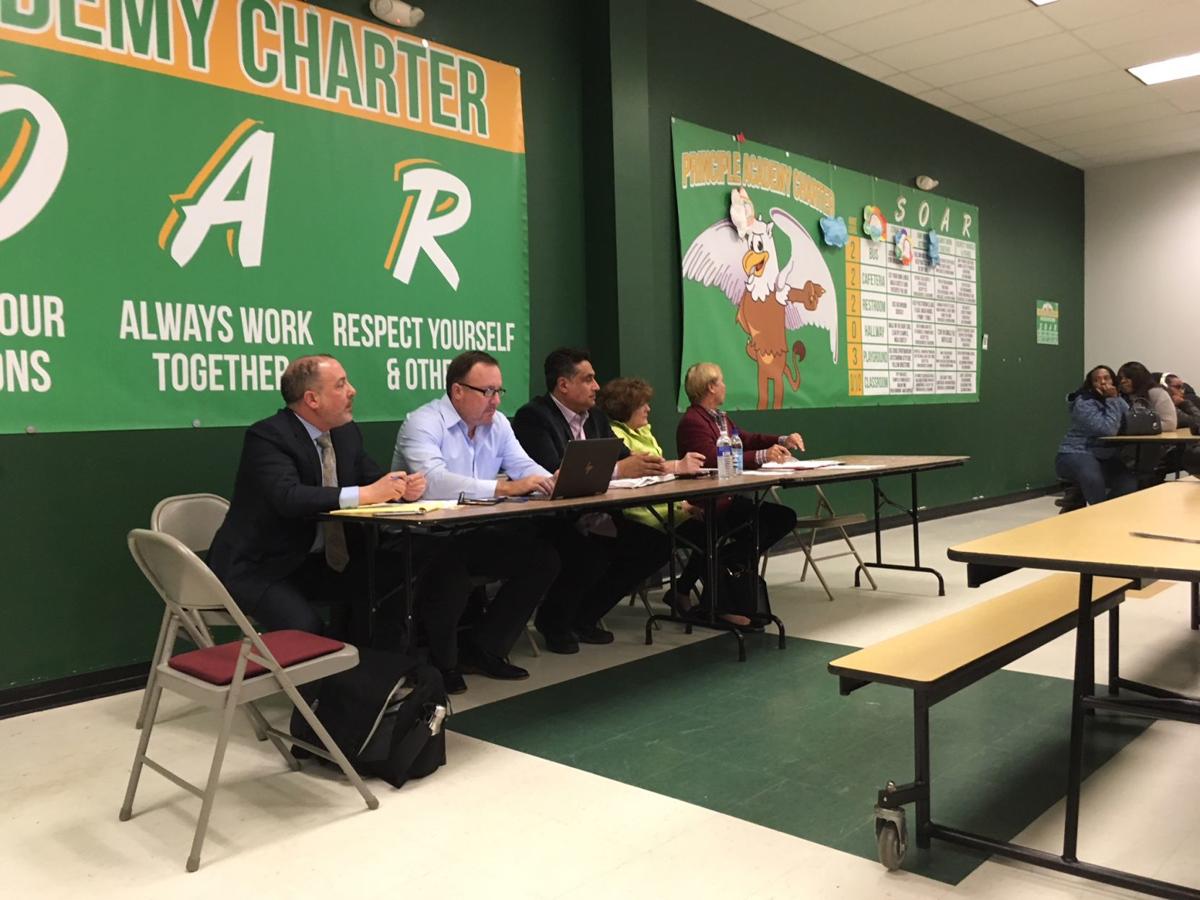 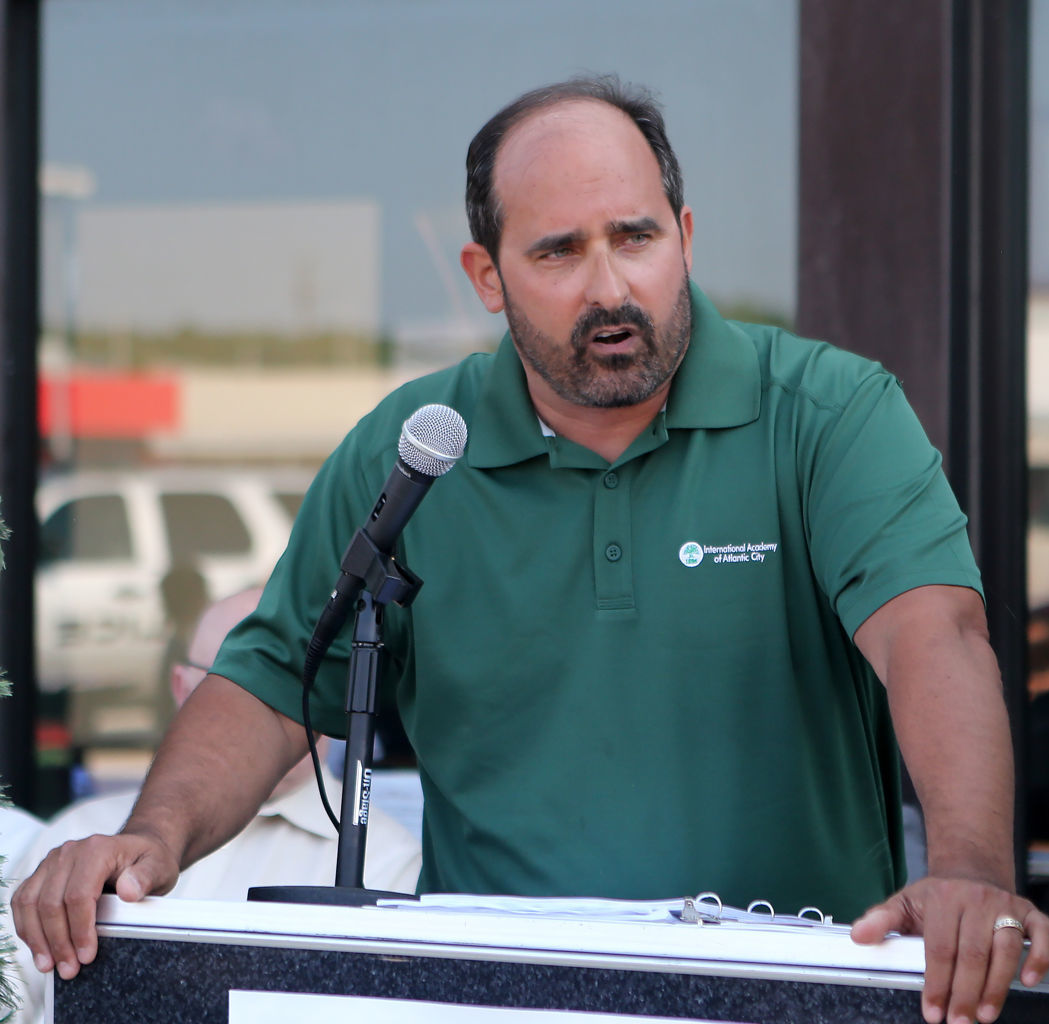 Principle Academy Charter School parent Erwin Ashworth, 24, of Pleasantville, speaks in front of the Board of Trustees, parents, teachers, staff and children during the regular meeting Friday in Egg Harbor Township.

Erwin Ashworth, of Pleasantville, is one of the parents whose child attends Principle Academy Charter School in Egg Harbor Township and who spoke during the Board of Trustees meeting where four teachers were terminated, including his son's kindergarten teacher.

EGG HARBOR TOWNSHIP — Nine Principle Academy Charter School employees, including four teachers, were terminated Friday by its Board of Trustees over the objections of about 100 parents, faculty, staff and children.

Parent after parent spoke during the public comment portion of the meeting and asked the board not to reduce staff during the middle of the school year and before state testing takes place.

Erwin Ashworth, 24, of Pleasantville, attended the meeting with his son Jayceon, whose kindergarten teacher was one of the employees terminated Friday. Jayceon was crying and had to leave the cafeteria before the vote was taken.

“Since he has been here, he doesn’t want to miss a day,” said Ashworth, who added the teacher firings would cause him to put his son in a different school. “I came straight from work. You have got to be supportive.”

The nine terminations and reductions of three staff members from full-time to part-time, including the Spanish and art teachers, were approved unanimously by three board members.

The trustees accepted the resignation of Jennifer Barr from the board at the start of the meeting before the vote was taken, which brought the body down to four members. Board member Darryl G. Greer was absent.

Amid litigation, renewal of its charter and a reduction in staff, a new management company made up of four former board members, including the school’s founder, has taken over Principle Academy.

The school’s founder and former board President Peter Caporilli defended the school and the changes, stating it was a normal transition, and said it was tied to a lawsuit the district is facing from its former director.

At a meeting Feb. 9, four trustees resigned, including Caporilli. The following week, the board approved a contract with a new management company, Polymath Achievement Charters, comprised of the members who resigned.

According to a copy of the agreement provided to The Press, the management company will oversee operations, offer administrative support and optimize student educational outcomes through Feb. 15, 2021. The company will receive 13 percent of the board’s total funding each year, paid monthly, in the first year of the contract.

“We looked aggressively for another management company, and none of them fit the model that we had created at our school,” Caporilli said.

Caporilli said the change-up was related to the school’s charter renewal, a process that takes place every five years, which it received Feb. 1 from the New Jersey Department of Education.

“Some of the things that were written in our renewal letter made us believe that we were looking for more sustained organizational capacity,” Caporilli said in a voicemail.

Caporilli said the Department of Education renewed the district’s charter, but not its expansion to grades 7-11 and an increase in enrollment to 1,025 students.

The letter states that although the district received a preliminary “Tier 1” rank, which is the highest a charter school can receive, the school’s organization changes over the past year cast doubt on its ability to increase enrollment.

The school, which opened in 2015 as International Academy of Atlantic City Charter School, has undergone several changes in the past few years.

Over the summer, it parted ways with its curriculum provider and management company, SABIS International, and its school director amid several lawsuits, leading to the name change.

One of the civil lawsuits was filed by former school chief Natakie Chestnut alleging retaliation, wrongful termination and defamation against both SABIS employees and the International Academy trustees, which is still pending.

Caporilli said he could not comment on the suit.

The charter school has been at its current location in the Cardiff Power Center since 2017 after moving from a church in Pleasantville.

It started out with students in kindergarten through third grade and has expanded to serve up to 450 students through sixth grade this year.

Caporilli said enrollment never reached above 401 students, however, which necessitated the reduction in force Friday.

The layoffs are complicated by the fact that the district hired Atlantic City Councilman Marty Small as its athletic director at a salary of $90,000 this school year. And in November, the board approved a contract for $75,000 for an “outdoor learning area” awarded to Tidewater Workshop, owned by Caporilli. He abstained from the vote.

Caporilli said Small’s appointment was an effort to differentiate the school from other charters by offering athletics. Small runs a basketball program for third- through sixth-graders there.

Small said his qualifications include running the Atlantic City Boys & Girls Club for 4½ years and the after-school program at Atlantic City’s elementary schools for 11 years.

“My heart goes out to the people who have been a part of the reduction in force,” Small said. “I’m grateful for the opportunity that the board gave me to serve these children. I look forward to carrying out the vision of the board and the management company.”

He added he had nothing to do with the recent changes.

“It (the terminations) was a board decision and a management company decision,” Small said. “I’m here to do a job on behalf of the school for the children as I have done my whole entire career.”

Caporilli said the contract to his company was done fairly through the public bidding process and that the outdoor learning area was a requirement of the school’s lease agreement for its building.

In addition to the board changes, school Director Ken Silver announced his resignation last week in a message to parents on the student web portal ClassDojo.

Silver is a former interim principal at William Davies Middle School in Hamilton Township. He could not be reached for additional comment.

The school’s website has listed Alvaro Cores as the acting school director. Cores could not be reached for comment.

Small said his qualifications for his job include running for four and half years the Atlantic City Boys & Girls Club and for 11 years, he ran the after school program at Atlantic City’s elementary schools.

EGG HARBOR TOWNSHIP — Parents and community members got a sneak peek Tuesday at the new, per…

EGG HARBOR TOWNSHIP — Egg Harbor Township will get its first charter school this September when the International Academy of Atlantic City Charter School relocates from its Pleasantville location to the Cardiff Shopping Center.

GALLOWAY TOWNSHIP — Stockton University will debut a new program on African-American history next month that will include a bus tour and workshops.

EGG HARBOR TOWNSHIP — After three years without, students at Principle Academy Charter School will soon have a dedicated athletic area for spo…

PLEASANTVILLE — Two principals on special assignment, two deans of students and the district’s director of curriculum are among the positions …

EGG HARBOR TOWNSHIP — When township Board of Education members are presented with a budget for next year, the proposal will include funding to…