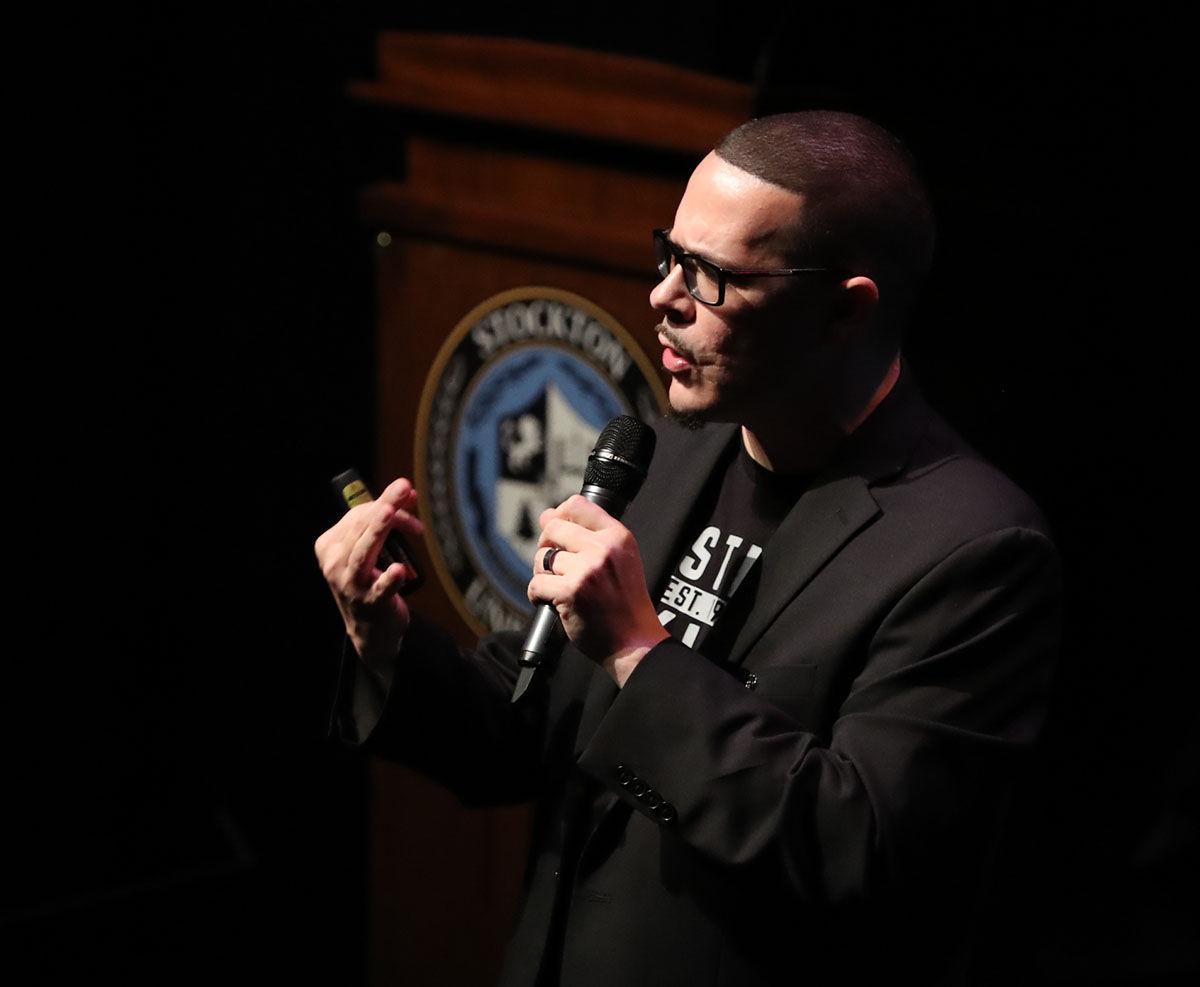 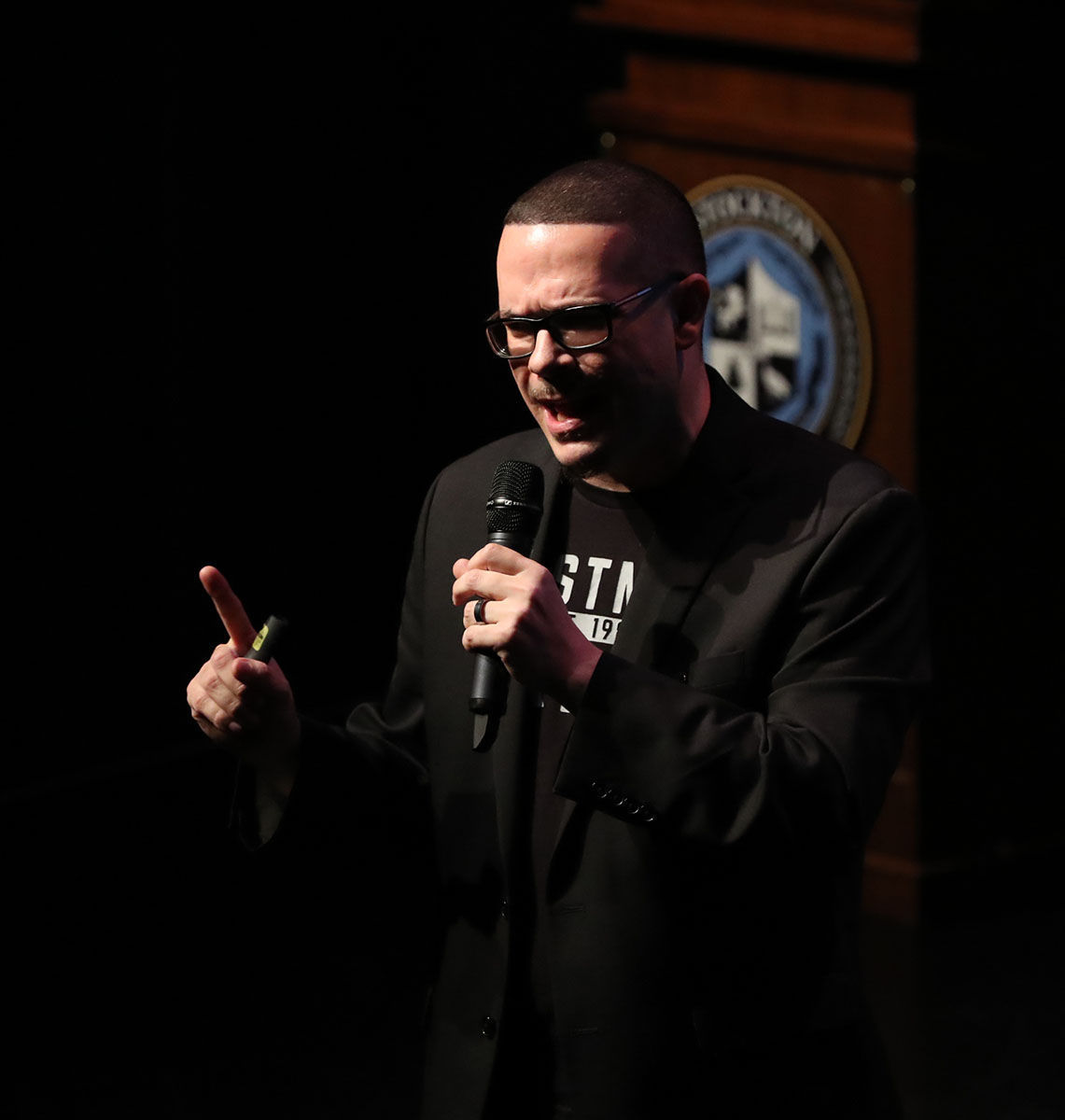 ‘We came to understand, in a lot of ways, before social media, if someone was killed in Ferguson (Missouri), you never heard about it,’ Shaun King says. See video from his talk at PressofAC.com. 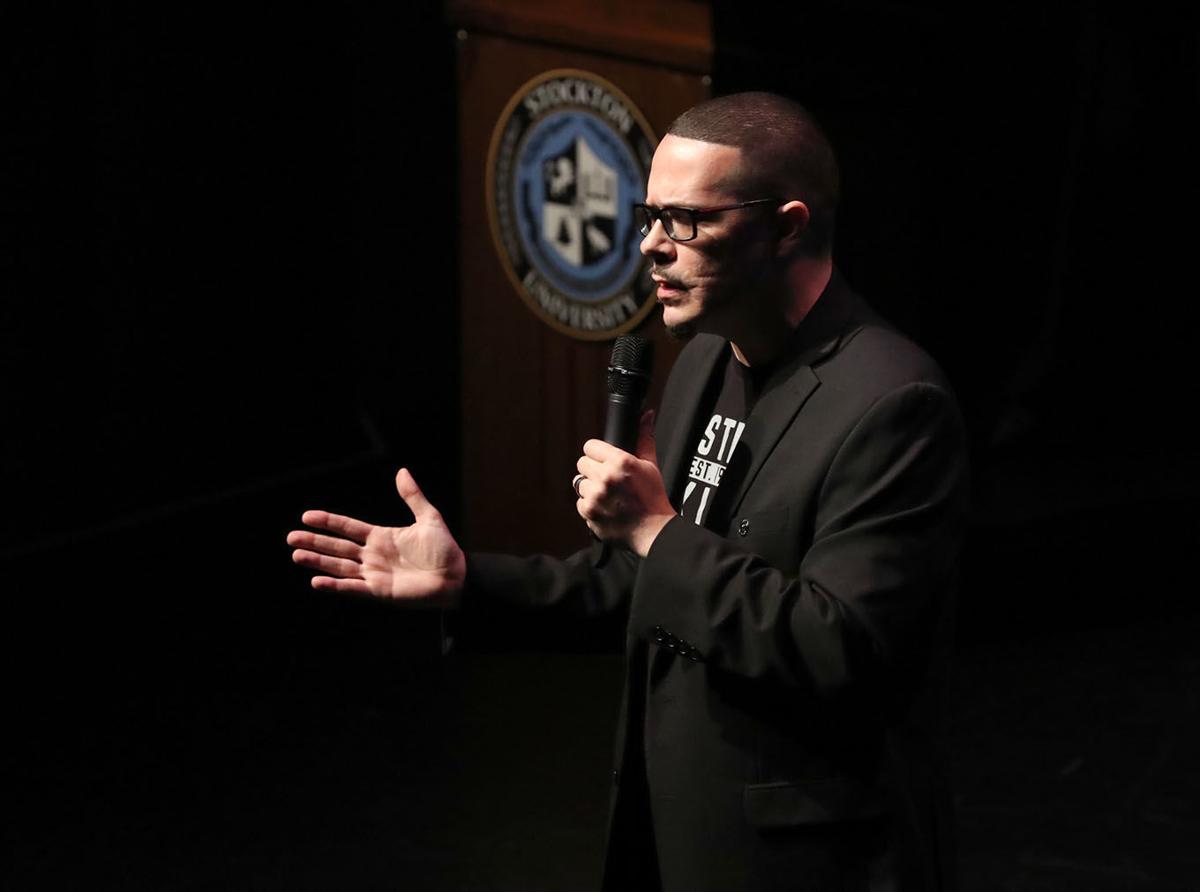 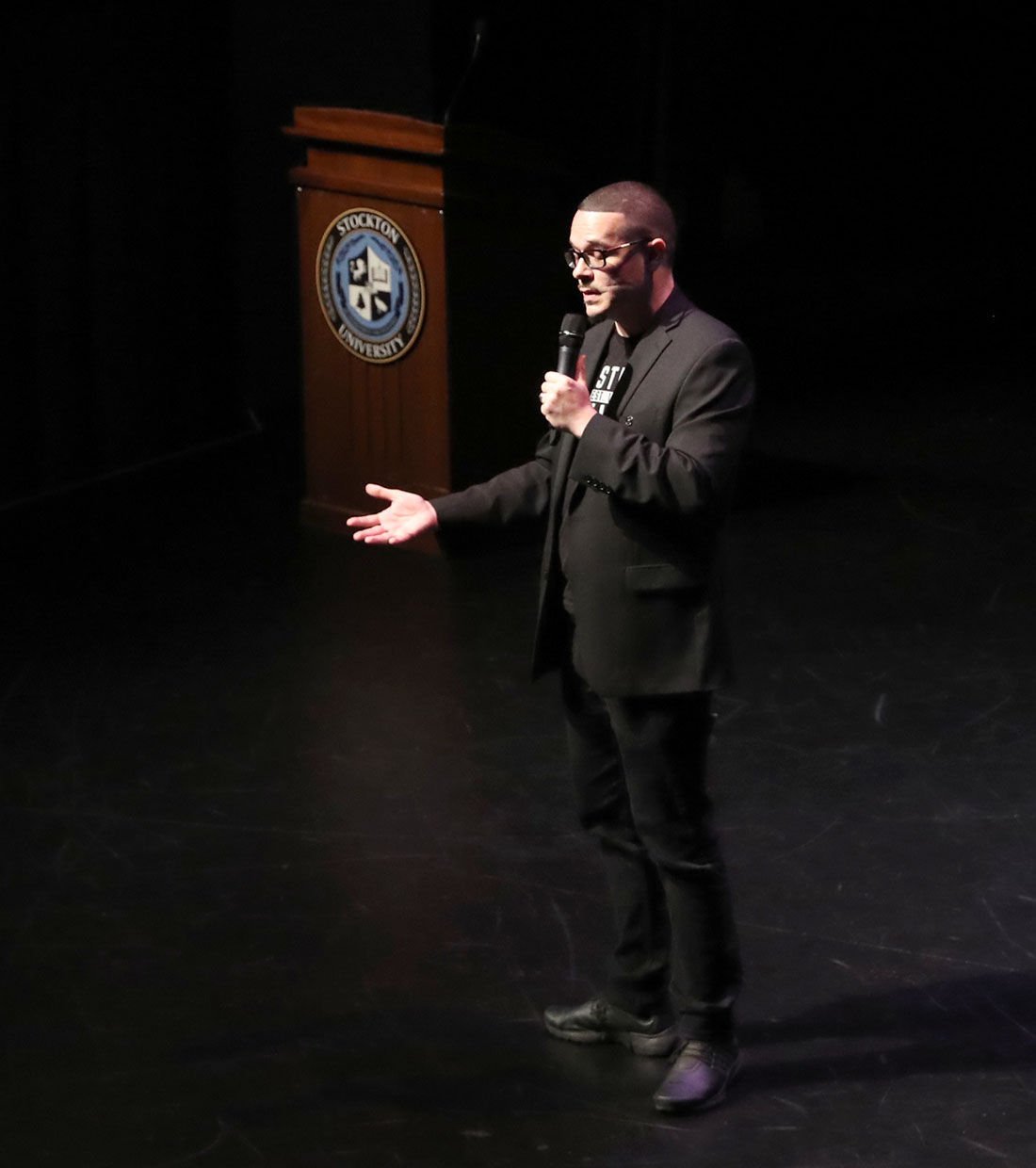 ‘We came to understand, in a lot of ways, before social media, if someone was killed in Ferguson (Missouri), you never heard about it,’ Shaun King says. See video from his talk at PressofAC.com.

GALLOWAY TOWNSHIP — Shaun King was working as a communications director for a private company when he first saw a video of the death of Eric Garner at the hands of a Staten Island police officer in 2014.

Now, King is using social media to continue a dialogue about race and social justice issues in the United States.

“So many of you know me from Twitter and Facebook, which is weird to me,” King said Tuesday. “When I wake up in the morning, I don’t see myself as @ShaunKing.”

King, who is widely known through his interactions on Twitter and Facebook, is a journalist who has extensively covered social-justice issues, especially the Black Lives Matter movement. He was the guest speaker Tuesday at Stockton University, talking on “The New Civil Rights Movement in the Age of Social Media” as part of the 14th Fannie Lou Hamer Human and Civil Rights Symposium.

The event is a tribute to civil-rights activist Hamer, of Mississippi, who spoke at the 1964 Democratic Convention in Atlantic City, and is sponsored by the Africana Studies Program and the United Black Students Society.

Hundreds of students, faculty and community members quickly filled up the performing arts center Tuesday, and many more were sent to a viewing area outside the theater.

King’s appearance Tuesday was met with backlash on Stockton’s Facebook page, where some in the community and parents criticized the school and called King a polarizing figure. None of that was on display when King spoke Tuesday afternoon.

Stockton professor Donnetrice C. Allison, who moderated the symposium, said she was proud to be a part of a University that “did not cave to social media pressure” about King.

King used the stage as a classroom, moving around showing slides and photographs along the way.

A student leader in college, King said, he graduated and became preoccupied with his life: paying bills and taking care of his family. After his friend sent him the YouTube video of Garner, King said he was “shook.”

“I had the thought that if people could see this video, someone would be held responsible,” he said.

He later learned that was not the case. The officers involved were not indicted.

King said 102 black people were killed by police officers in the United States last year and talked about how social media has helped shine a light on injustice.

“We came to understand, in a lot of ways, before social media, if someone was killed in Ferguson (Missouri), you never heard about it,” he said.

King said that in graduate school he learned about the study of history and the evolution of humanity. He said while technology increases on a steady level, humanity ebbs and flows.

King said while many people are more aware because of social media, they are not well organized at this point. He pressed them to ask themselves what kind a person they would be if they were alive at the time of Fannie Lou Hamer.

Lashel Blunt, of Atlantic City, attended the symposium Tuesday because her Policy of Social Welfare professor asked students in her class to attend, but she said she learned a lot from King.

“It’s important to understand how we get to a low place,” Blunt said.

Tyler Grace, of Galloway Township, said he was asked by a history professor to attend and was impressed with the perspectives King provided.

“I thought it was important, especially with all the things going on with Donald Trump and the white nationalism in Charlottesville,” Grace said.

Atiyah Abdurraheem, of Galloway, is a student at Rowan University, but decided to come home to hear King, whom she follows on social media.

“I wanted to hear what he had to say to fix the social tension in today’s world,” she said. “I think it was very important for people, especially young people, to hear: Who would you be in the time of Fannie Lou Hamer?”

GALLOWAY TOWNSHIP — After five weeks in space, an agricultural experiment designed by two Stockton University students has made it safely back…

Some local school districts saw improvements in the latest round of state standardized testing, but many students still do not meet proficienc…

Stockton buys house it has maintained for decades

GALLOWAY TOWNSHIP — Lt. Governor Sheila Y. Oliver, the first black woman in New Jersey to serve in a statewide elected office, will be the fea…

Stockton University will formally dedicate on Thursday its event space at the city campus in honor of Fannie Lou Hamer, a civil rights activis…

ATLANTIC CITY — Juanita J. High was a teacher in Atlantic City when Fannie Lou Hamer made her famous remarks during the 1964 Democratic Nation…