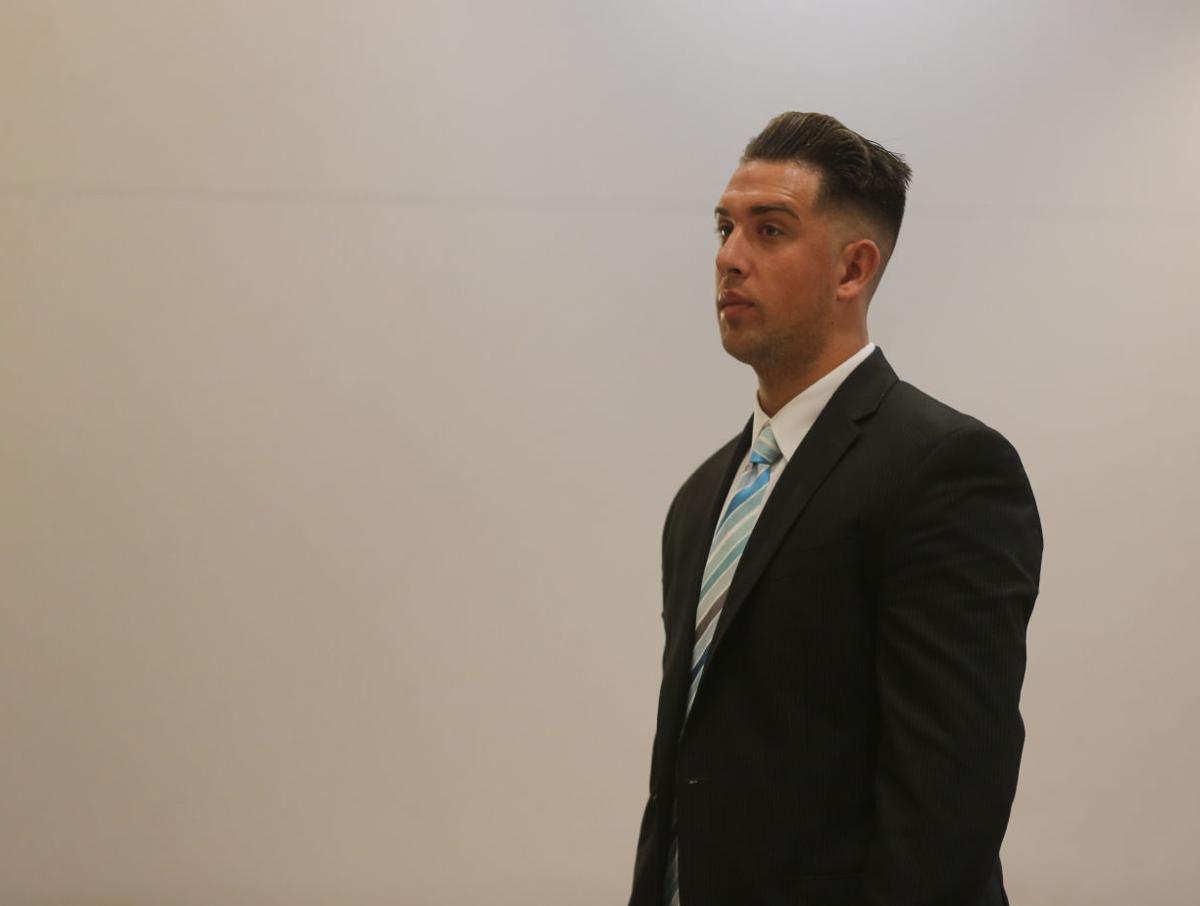 A Wildwood bartender and Stockton University graduate was sued for the third time over allegations he sexually assaulted a woman at the Galloway Township-based college.

The lawsuit, filed by K.H. against Zachary Madle, 25, claims the assault occurred in 2011 at the freshman dormitory where the two were both residents.

The claim, filed Friday in U.S. District Court in Camden, was the eighth federal claim filed since July alleging Stockton was negligent and discriminatory in its response to assaults that occurred both off and on campus between 2011 and 2018.

Stockton spokeswoman Diane D’Amico referred comment to the New Jersey Office of the Attorney General, which declined to comment Monday.

The new civil suit also names the same fraternity in other lawsuits filed this year, Pi Kappa Phi, which Stockton names on a list of unsanctioned Greek organizations.

Records show the fraternity was removed from campus in 2010.

In the suit filed by Ocean County attorney Robert Fuggi, the plaintiff, K.H., alleges that she was assaulted both in her dorm by Madle, a member of the Pi Kappa Phi at the time, as well as at the off-campus fraternity house in Galloway Township by another member of the fraternity.

Fuggi said that K.H. decided to come forward as a result of the seven other suits his office has filed.

Madle was indicted on Sept. 27 on charges of criminal sexual contact and invasion of privacy in Atlantic County Superior Court and is also named in two of the other suits.

According to the first civil suit, the plaintiff, identified as M.R., alleges Madle raped her while she was unconscious and “posted videos of the sexual assault on his Snapchat account, which was available for 24 hours for the public to view.”

In his claim, Madle states that he and M.R. had only consensual interactions, including the video recordings.

Court records show that Madle is also requesting a stay of the proceedings until his criminal charges are resolved.

Fuggi said the counterclaim is frivolous and that he plans to fight the motion for a stay.

“To say it’s ludicrous is an understatement,” Fuggi said. “M.R. gave testimony and information for a criminal investigation for which he was prosecuted.”

“For him to try to sue M.R. for defamation is just a stunt by a lawyer that’s unfamiliar with the practice of law in the federal court,” Fuggi said.

Stockton University’s Greek Council responded to the negative attention to the unsanctioned fraternity last month in a letter stating that it has no plans to recognize chapter Pi Kappa Phi and two fraternities at this time.

“We pride ourselves in our accomplishments, raising over $250,000 for various charities over the past five years, and earning GPAS at or above the University averages,” the letter stated. “As a Greek Council we encourage each fraternity/sorority to refrain from interacting with these groups and have policies that holds organizations accountable for this.”

Stockton this year also rolled out a new campaign to address sexual assault and other acts of violence on campus called Culture of Respect.

Stockton did not confirm if the campaign was in response to the lawsuits. D’Amico said Monday that the Culture of Respect is a national initiative based on civility, safety and community.

“Stockton joined the initiative to enhance and improve awareness of the programs and services we offer to all students, and to promote our mission of encouraging civil discourse and respect for all. The goal is to cultivate a diverse, inclusive campus environment where students respect each other, and look out for each other, and to provide the resources to support and achieve that goal,” she said.

In addition, the university invited Galloway Township police to speak with students during Welcome Week about campus safety.

Fuggi said that Stockton was taking small steps, but bigger steps are needed.

“It’s a start. I think it’s in response to the negative publicity that they’ve received from these lawsuits. But they still haven’t done nearly enough as it relates to these women specifically who have been harmed,” Fuggi said.

MAYS LANDING — A man accused of inappropriately touching a woman, recording the interaction …

GALLOWAY TOWNSHIP — Sexual assault on college campuses is a pervasive reality, and the lates…

WILDWOOD — Police are looking for a woman charged with prescription fraud whom they let go only to seek again when additional charges were filed.

A bill to create a campus sexual assault commission was unanimously approved Thursday by the state Senate.

GALLOWAY TOWNSHIP — In the wake of nine lawsuits filed against Stockton University since July alleging sexual assault and negligence, a group …

Stockton University professor removed after past allegations come to light

GALLOWAY TOWNSHIP — During a time when Stockton University is engaged in pending litigation and student complaints about transparency, public …