Caesars buys back Playground pier from Blatstein, who eyes gambling at Showboat

Scarlett, 8, and Shane Butcher, 9, attend a Senate hearing on school funding Tuesday with their mother, Liz, to raise awareness of the Egg Harbor Township district’s $200 million shortfall in state aid. 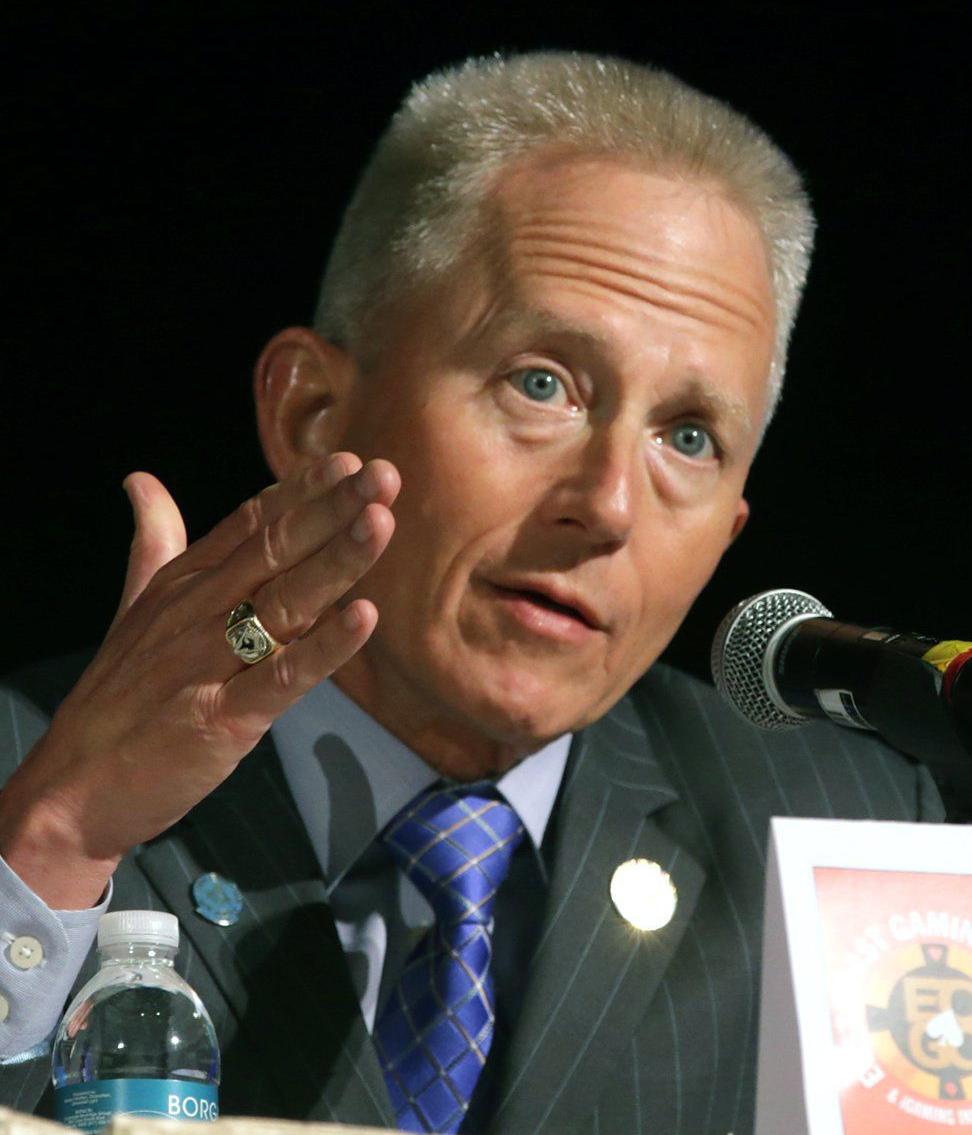 Van Drew Senator Jeff Van Drew participates in the NEW JERSEY: HOW SHOULD WE RESPOND? panel discussion, Thursday May 28, 2015, as part of the East Coast Gaming Congress held at Borgata Hotel Casino and Spa in Atlantic City.

The Senate will not act on a state budget for 2017-18 unless a new school-funding plan is in place, state Senate Budget Committee Chairman Paul Sarlo said at a hearing Tuesday on education funding.

“The day of reckoning has come,” Sarlo, D-Bergen, Passiac, said at a hearing attended by families representing underfunded districts, including Egg Harbor Township.

Many districts are over- or underfunded in relation to what the current funding formula, set in law, would give them.

But the difficulty of coming up with a fair plan was highlighted by state Sen. Jeff Van Drew, D-Cape May, Cumberland, Atlantic, who said his districts would be devastated by the plan proposed by Senate President Steve Sweeney.

“The cuts in aid would be massive,” he said. “I’m going out of my mind. It is not just a little less aid. It’s huge, giant cuts.”

After the hearing, Van Drew, a member of the budget committee, said he would fight any school funding proposal that would devastate the school districts he represents.

The issue boils down to “adjustment aid,” which was included in the School Funding Reform Act in 2008 as a way to slowly reduce aid to shrinking and over-funded districts.

Adjustment aid was given to the shrinking and over-funded districts, but never reduced as planned, and state aid has been frozen.

Sweeney’s plan would eliminate adjustment aid and distribute the $566 million to under-funded districts, thought not necessarily all in one year.

Van Drew acknowledged that many of his districts have had shrinking enrollment. But, he said, the drastic aid cuts, as much as 40 percent, would be disproportionately harsh.

“These are my people,” he told acting Education Commissioner Kimberley Harrington. “What are we going to do?”

Harrington, who had agreed with Sarlo that the current system of flat funding is not working and must be addressed, also said she was concerned with “stripping adjustment aid entirely.”

“We have to be careful not to paint with a broad brush,” she said in response to Van Drew.

The issue is also complicated by whether districts are considered to be over-taxing or under-taxing residents, based on the state calculation of “local fair share.”

According to the proposed 2017-18 school-aid figures, almost all of Van Drew’s districts get adjustment aid.

“These are not wealthy people,” Van Drew said. “I cannot support anything that would do this to us.”

Egg Harbor Township resident Liz Butcher, who attended with her children Shane, 9, and Scarlett, 8, said while she came to support more money for her severely under-funded district, Van Drew’s comments made her understand the difficulty of the issue statewide. She said she felt Harrington has a better grasp of the issue and its impact.

“At least I got the message that she understands the problems,” she said.

School funding likely flat next year, but could change in 100 days

New NJ school funding plan to be detailed this morning

No school district in New Jersey will receive less aid than last year, and many will see an increase under Gov. Phil Murphy’s proposed 2018-19…