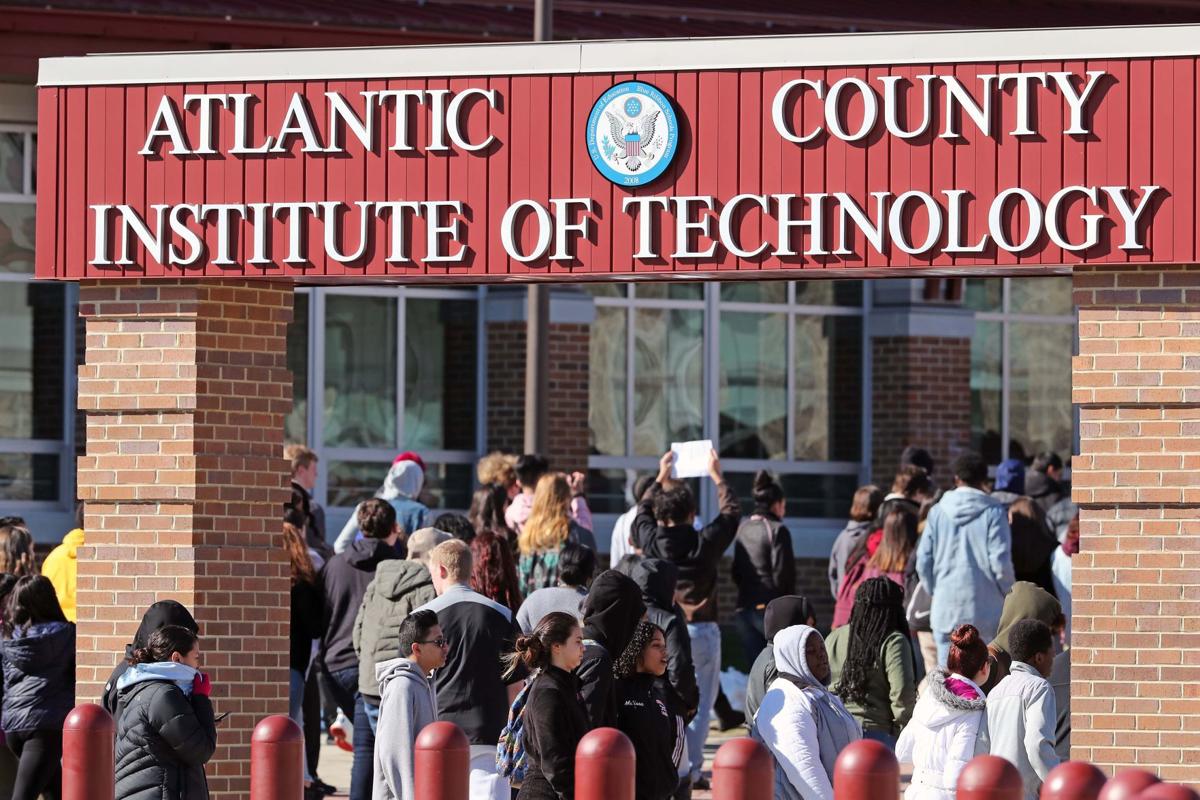 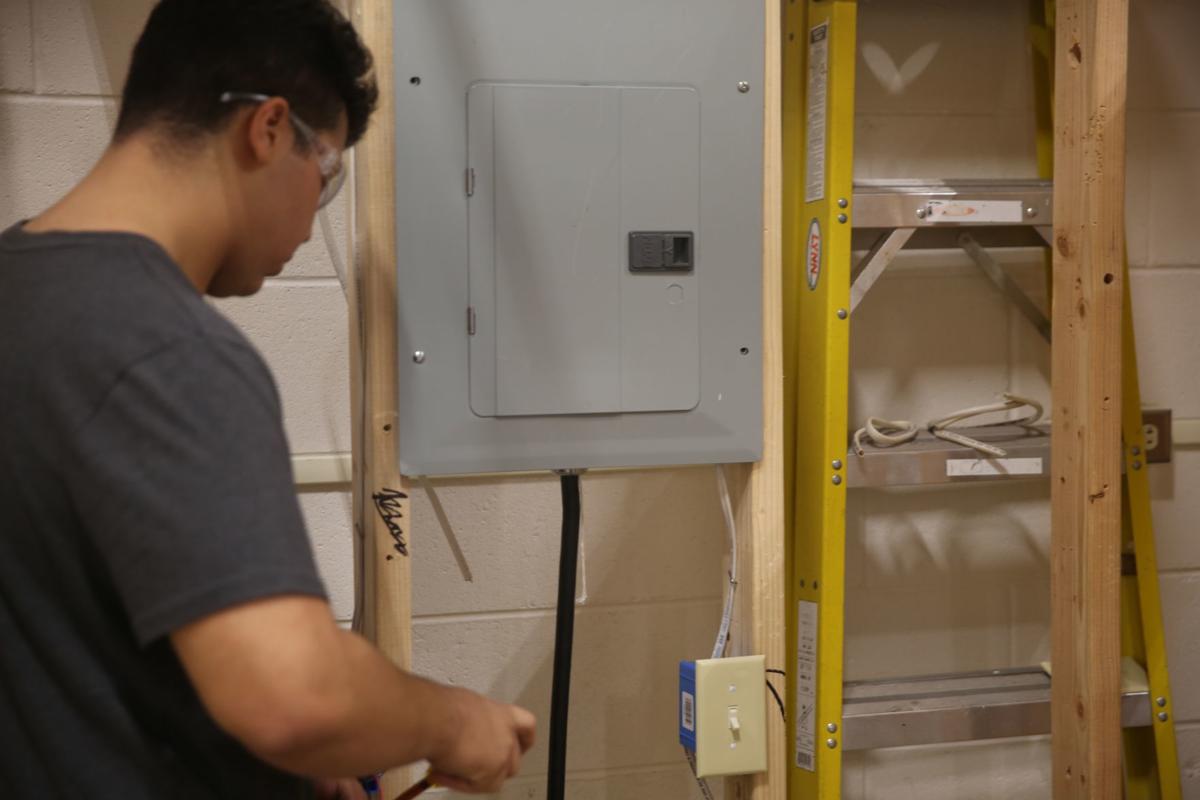 New Jersey voters on Tuesday narrowly agreed to take on the debt to provide an additional $350 million to the state’s county vocational schools to increase enrollment and program offerings.

Although it lacked support in The Press coverage area, the $500 million Securing Our Children’s Future bond referendum was approved by 52 percent of the state.

The majority of the bond will be offered to the state’s vocational schools through a yet-to-be defined grant program that includes a 25 percent cost share for the school, according to Atlantic County Institute of Technology Superintendent Phil Guenther.

“We are very, very happy that it has passed and that it will hopefully enable county vocational schools throughout the state of New Jersey to expand opportunities for students,” Guenther said Tuesday.

Hoping to build a qualified workforce to take on the jobs of the 21st Century, the state ann…

Proponents of the legislation say more career-focused training will fill a need for employees in manufacturing and technical fields. It will also address the capacity needs of vocational schools that turn away more than 17,000 applicants each year, according to figures from the New Jersey School Boards Association.

“This will be a game-changer for workforce development in New Jersey and will provide a tremendous boost for our state’s economy,” said Judy Savage, executive director of the New Jersey Council of County Vocational-Technical Schools, in a public statement Wednesday.

Guenther said ACIT turns away about half of its 1,000 applicants annually. He said the local vocational school would like to accommodate more programs that are aligned with the county’s economic development plan, such as aviation maintenance, as well as auto body, diesel mechanics, health sciences and building trades.

He said the fact that the grant would cover 75 percent of the cost of expansion is particularly attractive because the school is usually only eligible for 40 percent state reimbursement for capital projects.

“We are working with an architectural firm, and we’ve been in the planning process for well over a year as we’re looking at our long-range facility needs,” Guenther said, although cost figures were not yet available.

He said he is still awaiting word on how the grant process will work.

The bond, first proposed by Senate President Steve Sweeney at $1 billion, was halved over the summer by Gov. Phil Murphy, who cited the state’s current debt load.

Of the $500 million, $350 million will fund county vocational technical school expansions and enhanced K-12 school security, $100 million will upgrade water quality in school districts and the remaining $50 million will go to community colleges.

According to the NJSBA, New Jersey voters haven’t rejected a bond referendum since 2007, when they turned down borrowing $450 million to support stem cell research.

On Wednesday, Moody’s released a public finance election recap and noted the bond passage in New Jersey as a “credit positive.”

Locally, there was not much support for the bond. Opponents of the bill have cited the state’s debt and the financial burden on the taxpayer on social media and in letters to The Press.

“While we understand concerns about borrowing, this investment will produce a positive return for our state,” Savage said. “As young people fill long-vacant jobs, launch careers at higher salaries and continue to earn more over their lifetimes, they will pay more in income taxes. And as companies see New Jersey developing a pipeline of skilled workers to meet their needs, they will be more likely to expand or relocate here.”

Unofficial election results as of Thursday on the school bond issue (6,257 of 6,346 districts reporting)

Nearly two days after polls closed, Atlantic County Republicans were confident they would keep control of the freeholder board.

MAYS LANDING — Demonstrators gathered Thursday evening outside the office of U.S. Rep. Frank LoBiondo on Main Street to urge him to protect Sp…

NORTHFIELD — By the time Claire Sebastian was in eighth grade, she knew that she wanted to go into medicine.

Judge to decide fate of missing ballots in Pleasantville race

It was dark outside when poll worker Thomas Hurst got home from his shift on Election Day.

Who won a seat on school boards in Atlantic County?

Four of the five women who ran a write-in campaign for the Somers Point Board of Education will fill the five open seats in January, according…

MAYS LANDING — Visitors to the Cape May County offices will notice a new public message campaign in the coming months, thanks to the efforts o…

Local boards of education ready to reorganize in 2019

Boards of education around the state will hold reorganization meetings this month to swear in new and re-elected members, decide on new board …

After ending a 26-year run as mayor of Brigantine this year, Republican Phil Guenther will vie for one of the two Assembly seats up for electi…

Local and vocational school leaders are at odds again over planned growth at Atlantic County Institute of Technology, which draws enrollment a…

ACIT gets OK to seek up to $40 million expansion grant