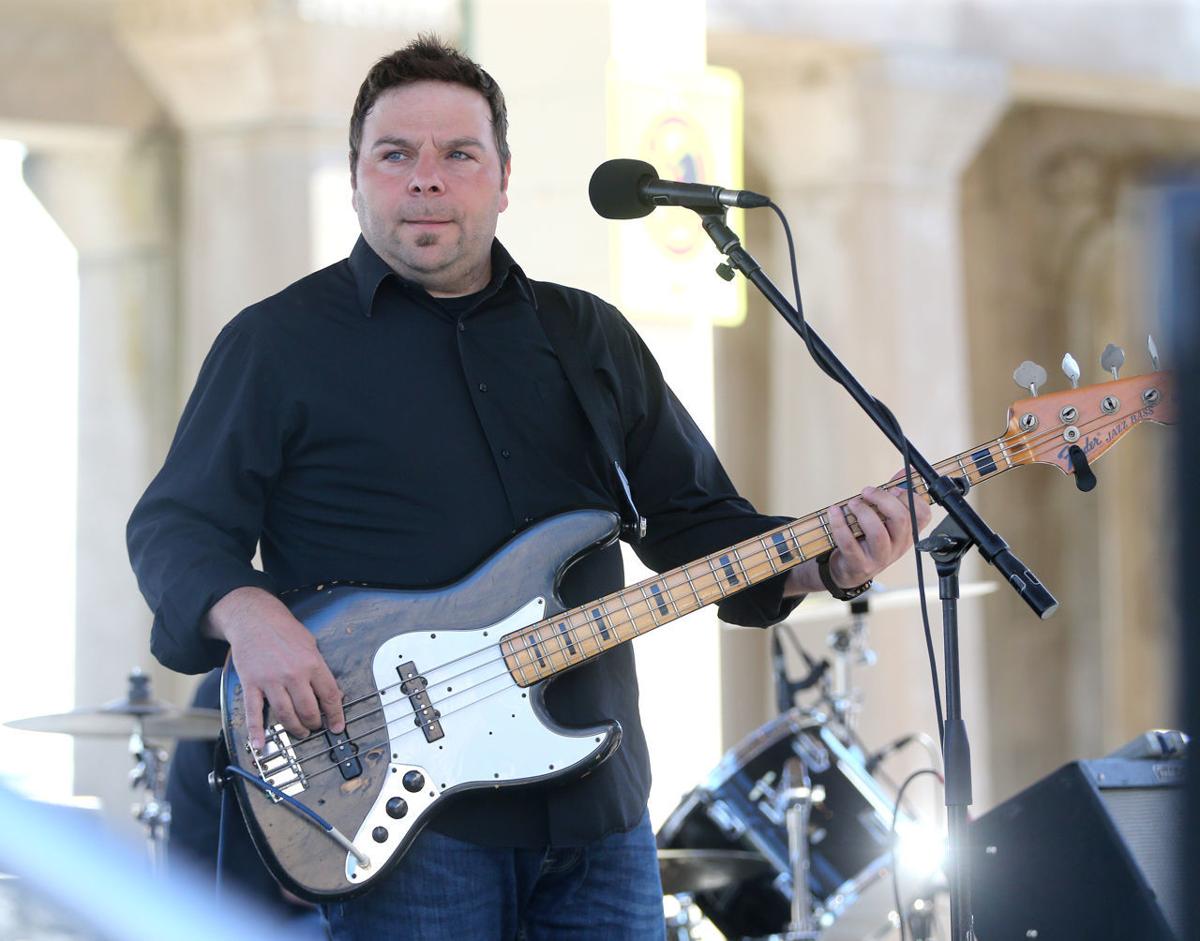 E Street Shuffle bassist Chris Rudo performs with the band at Kennedy Plaza on the Atlantic City Boardwalk on July 7. 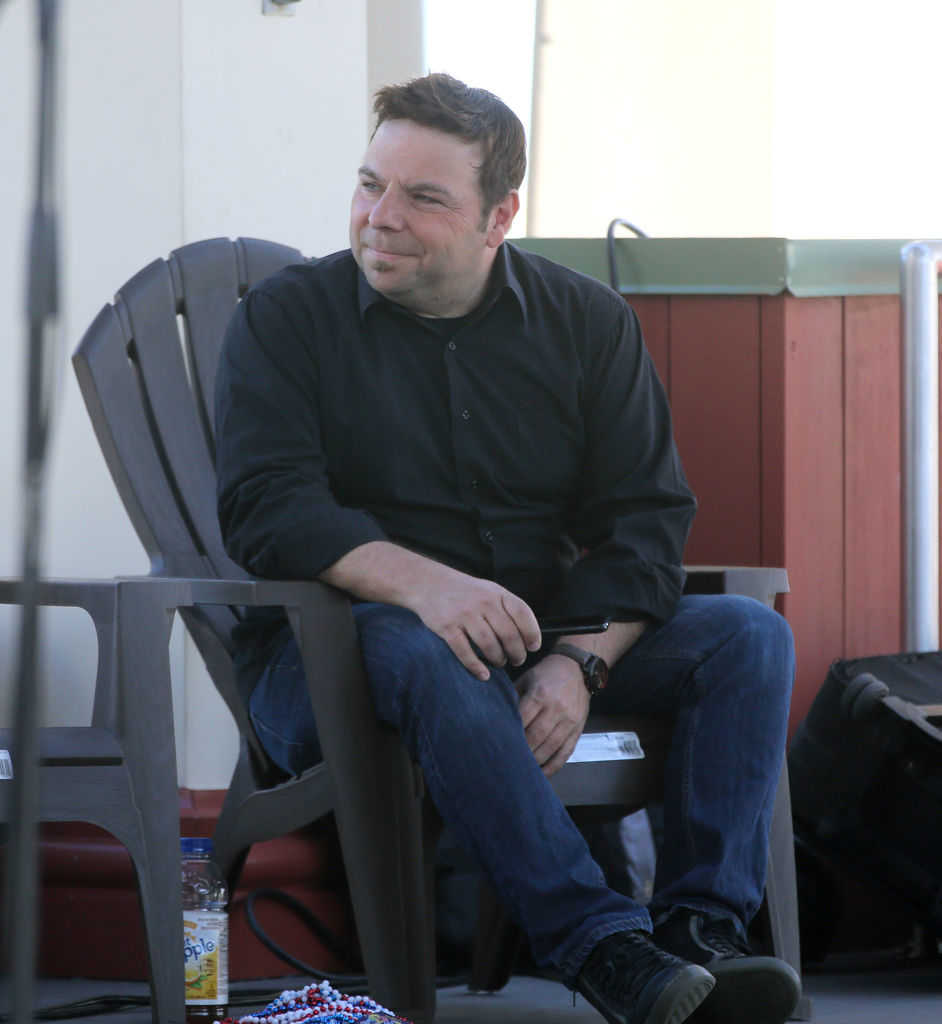 Chris Rudo of The E Street Shuffle takes a rare moment to relax before hitting the stage at Kennedy Plaza on the Atlantic City Boardwalk, Saturday July 7, 2018. 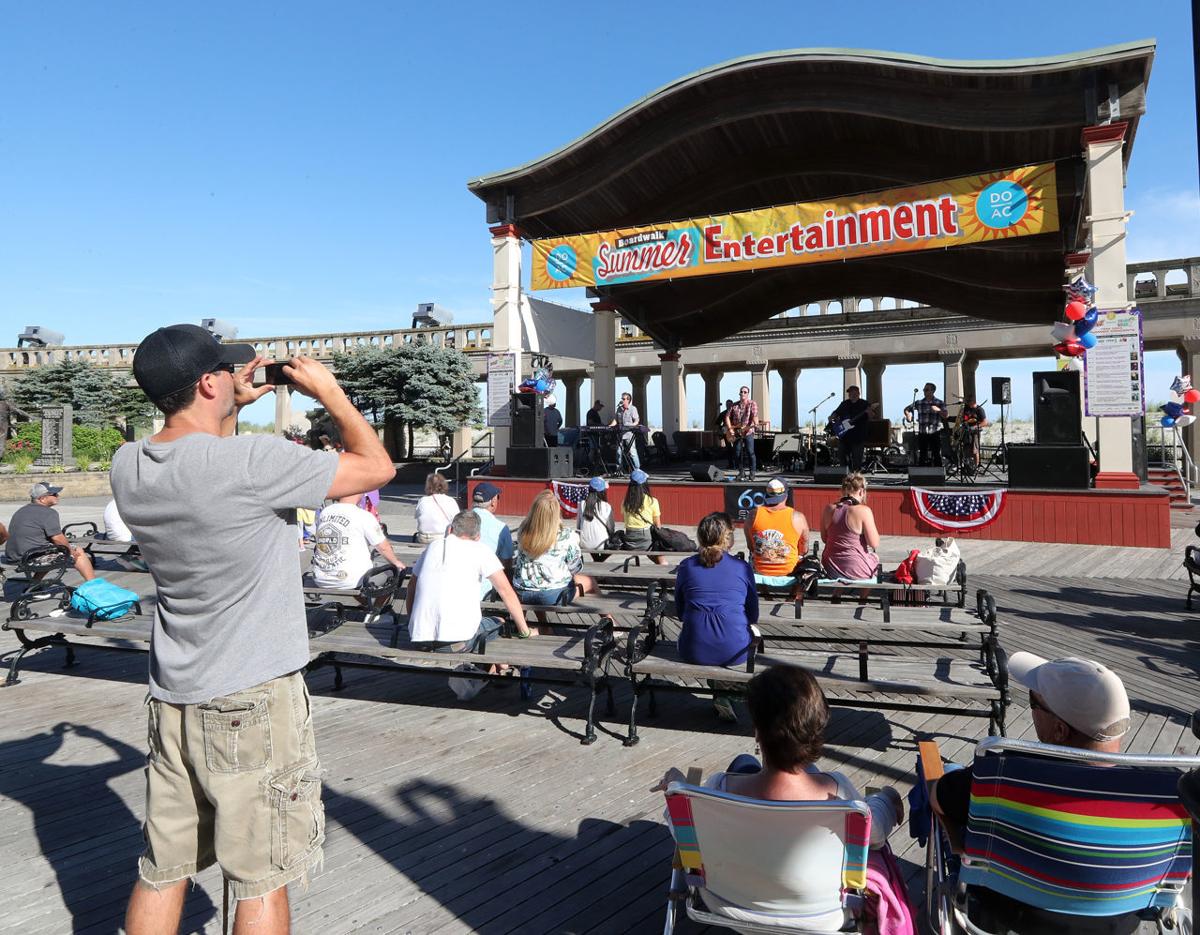 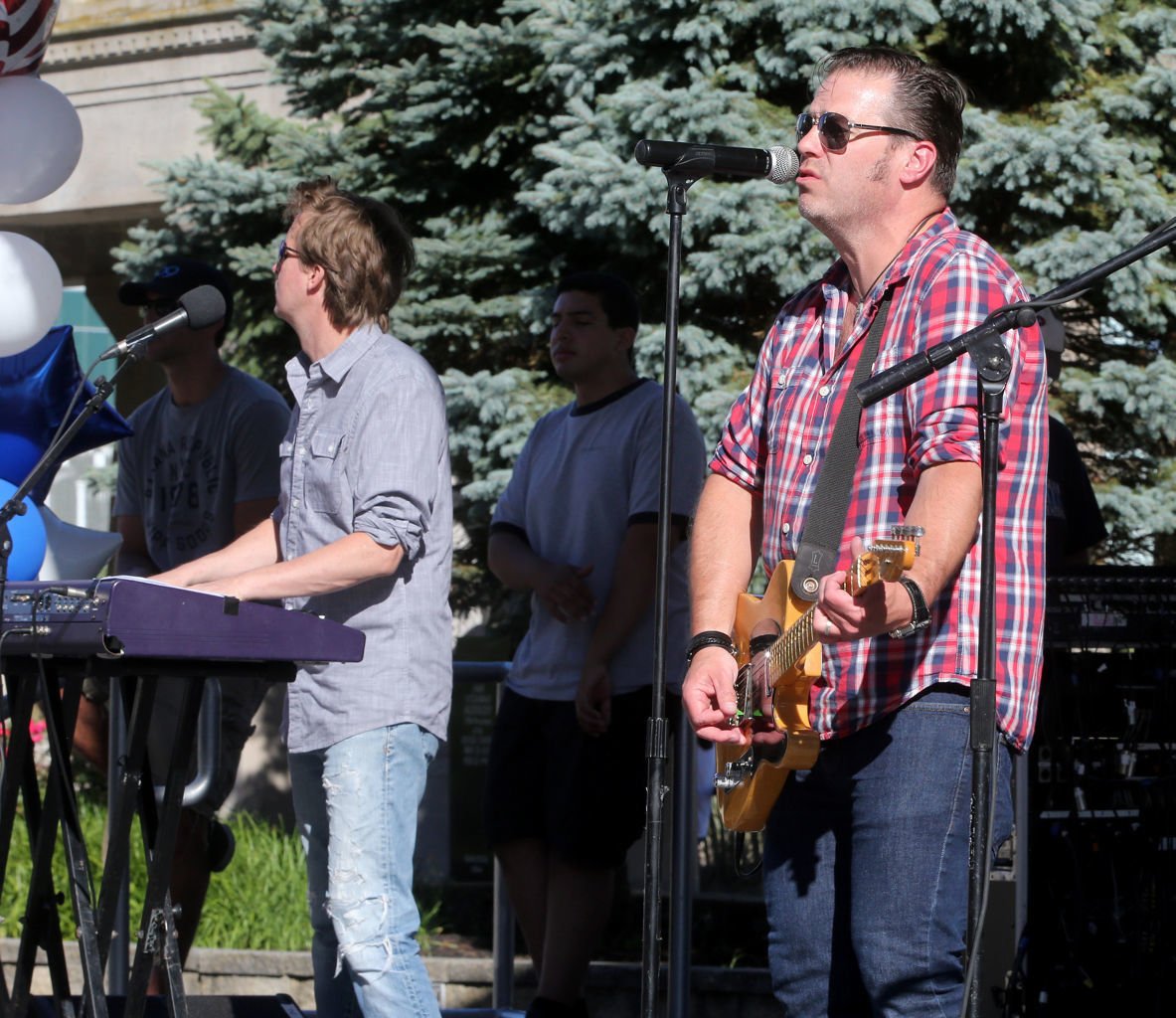 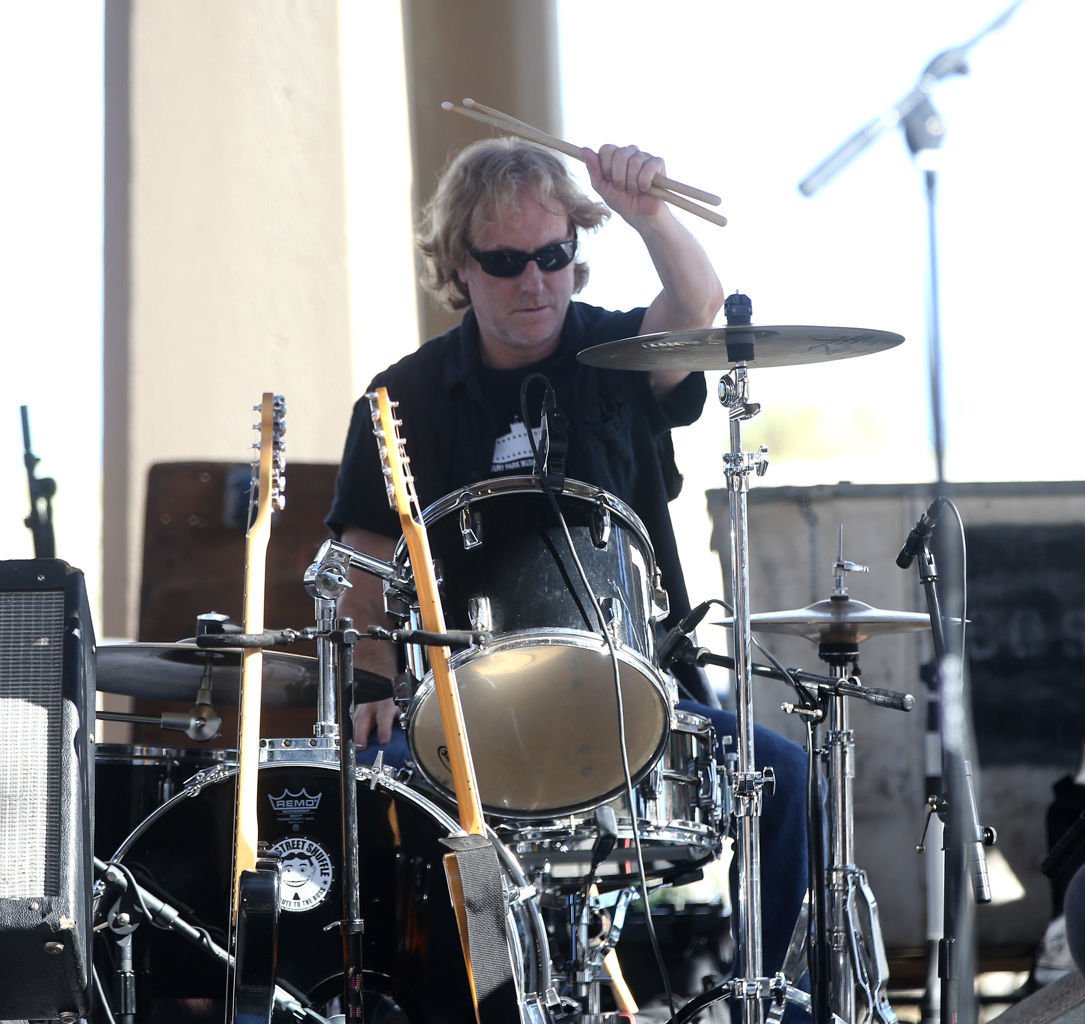 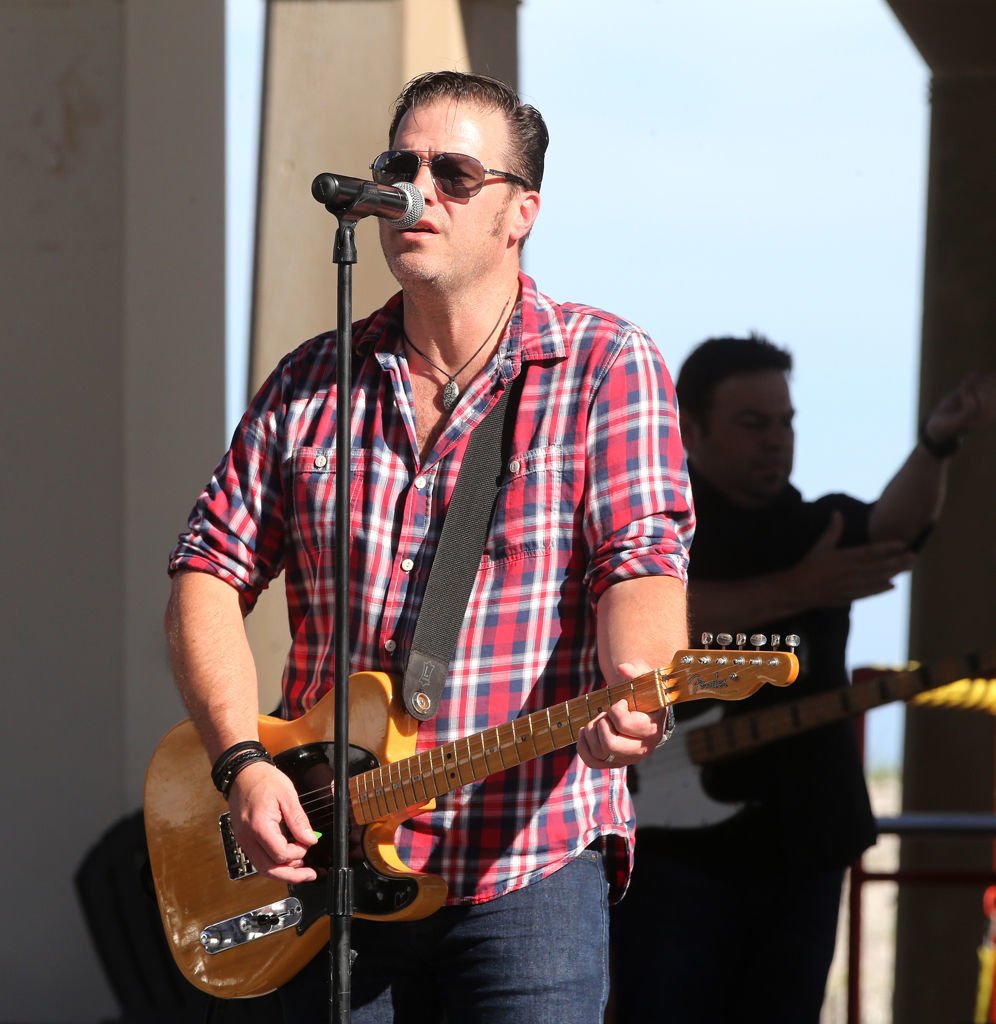 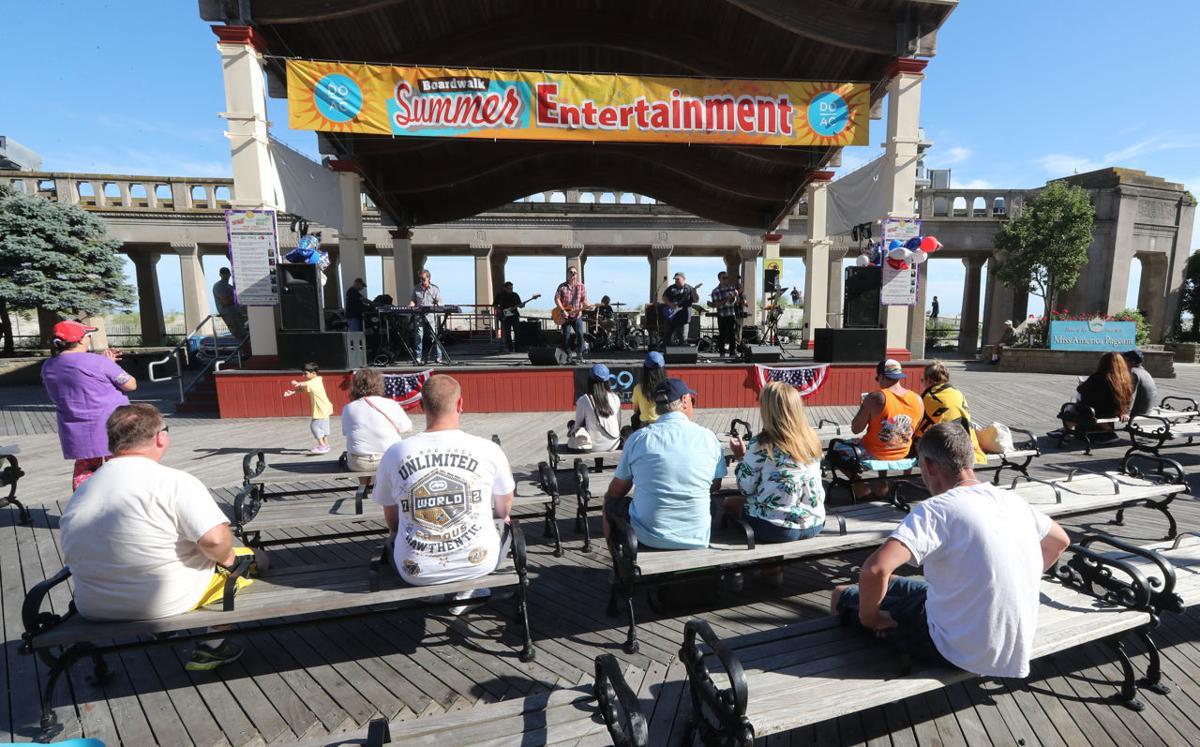 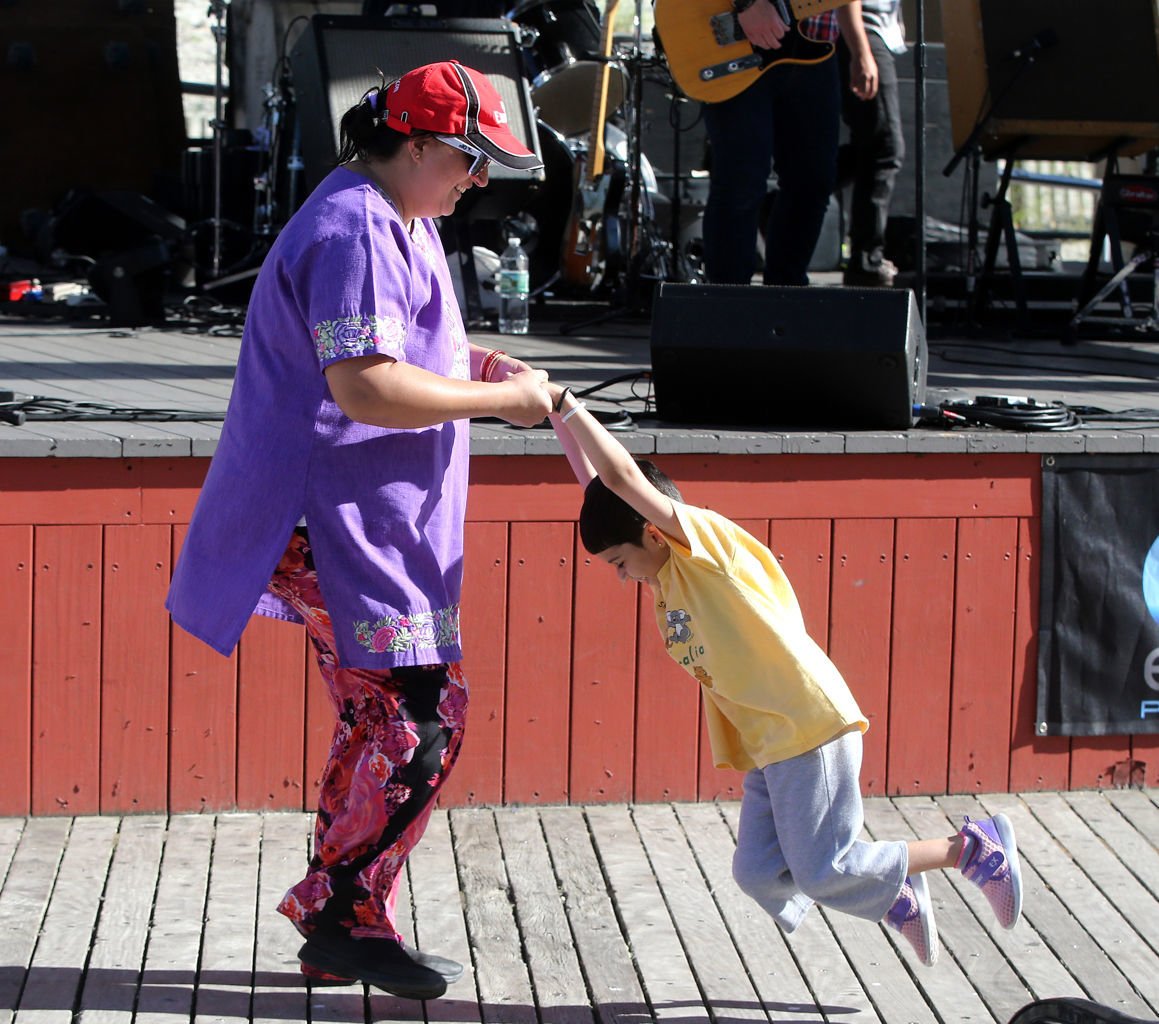 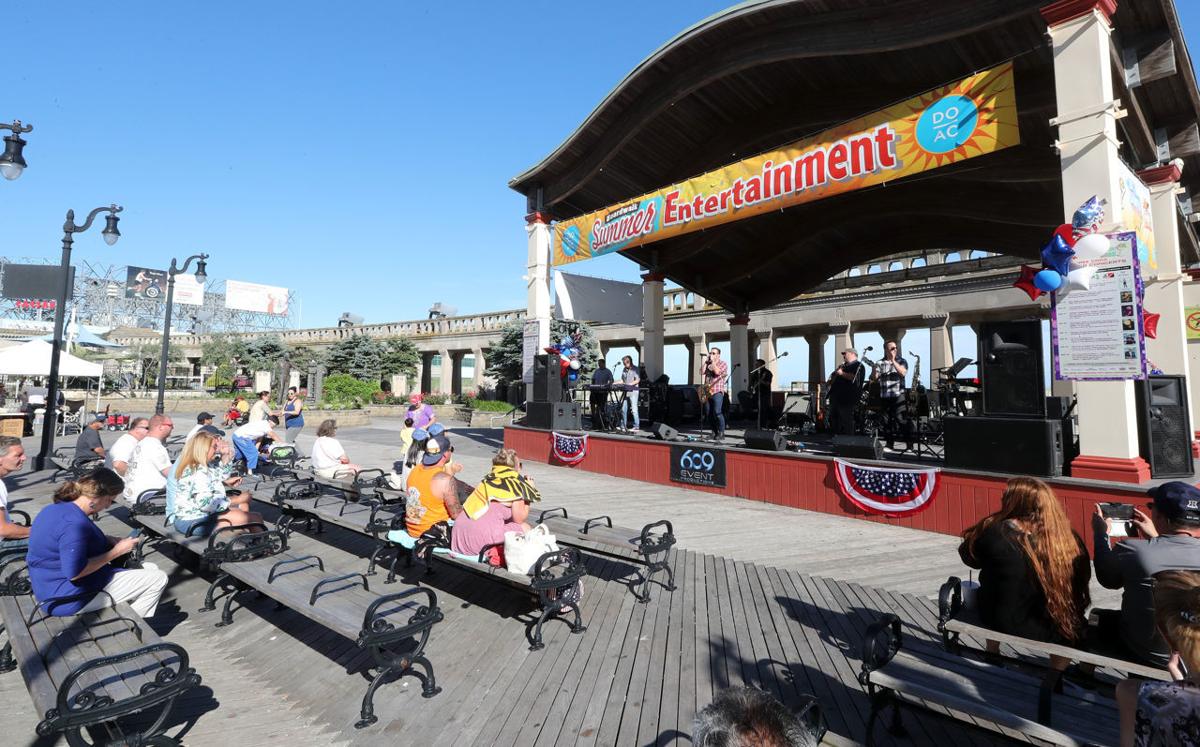 The E Street Shuffle performs a Kennedy Plaza on the Atlantic City Boardwalk on July 7. The Bruce Springsteen tribute band plays 80 to 100 shows a year, with the lion’s share of them occurring at the Jersey Shore between May and September. Saturday July 7, 2018. 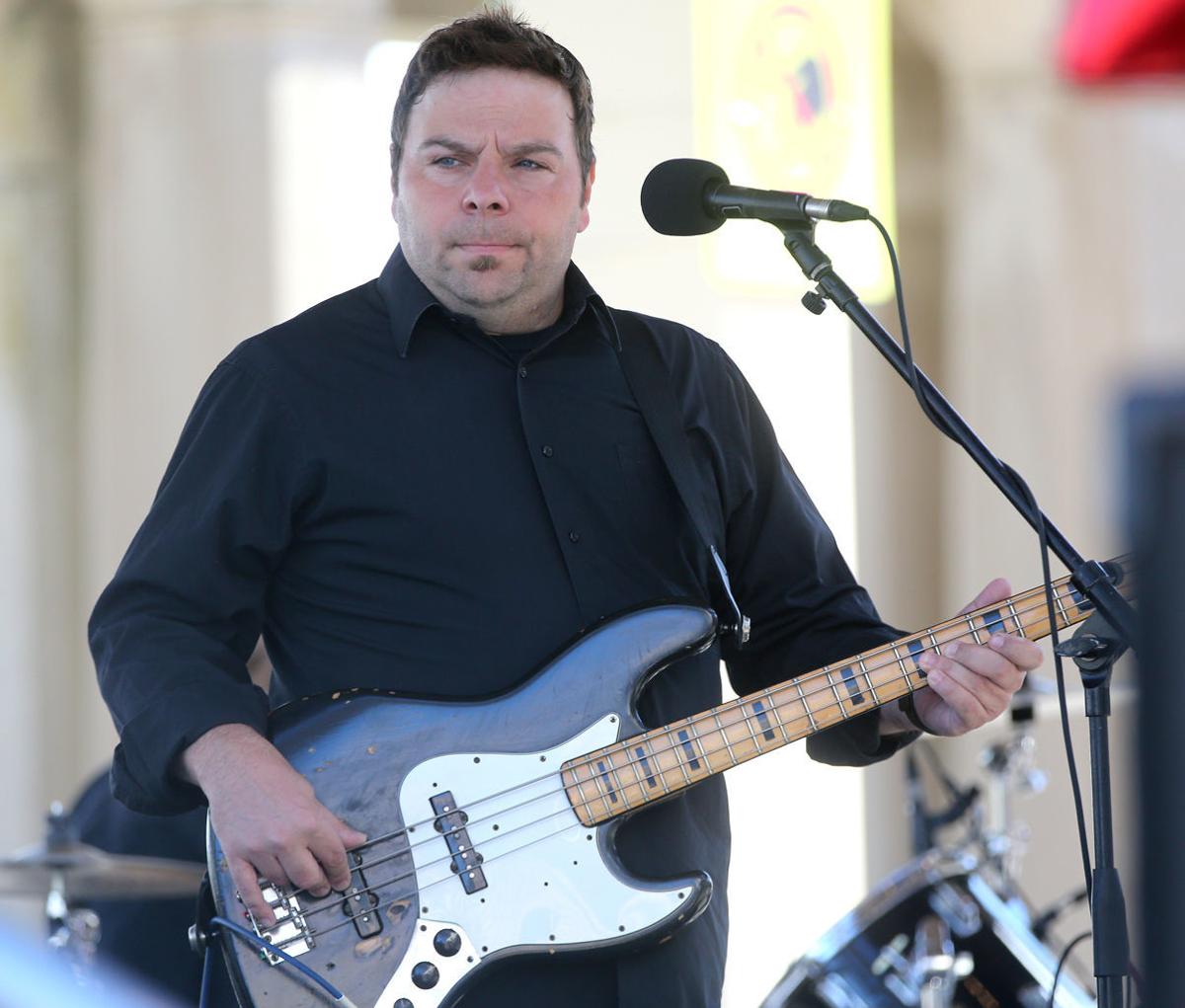 E Street Shuffle bassist Chris Rudo performs with the band at Kennedy Plaza on the Atlantic City Boardwalk on July 7.

Chris Rudo of The E Street Shuffle takes a rare moment to relax before hitting the stage at Kennedy Plaza on the Atlantic City Boardwalk, Saturday July 7, 2018.

The E Street Shuffle performs a Kennedy Plaza on the Atlantic City Boardwalk on July 7. The Bruce Springsteen tribute band plays 80 to 100 shows a year, with the lion’s share of them occurring at the Jersey Shore between May and September. Saturday July 7, 2018.

“It’s going to be a three-shirt kinda day,” says Chris Rudo with a chuckle as he steps out from the air-conditioned comfort of his SUV into the blasting heat of the summer sun in Cape May.

It’s the Fourth of July, and Rudo’s Bruce Springsteen tribute band, the E Street Shuffle, has about an hour of setup time before they hit the stage at Harry’s Ocean Grill for their annual Independence Day gig. This show, which has been a summer tradition at the resort for the past nine years, has grown from a small gathering of hotel guests to a massive, sold-out event. Soon, hundreds of Springsteen fans will crowd the tented rooftop space, many decked out in red, white and blue and all eager to have a good time. It’s up to the band to provide that.

Rudo works double duty, serving as the band’s bass player and, on many gigs, its soundman. He runs back and forth, plugging in cables, testing mics and setting up speakers. By the time a half hour has passed, he is on to shirt number two, as his sweat has given his original T-shirt all it could possibly handle.

But for the 46-year-old father of two, the hustle is just part of life, along with his full-time job as a commercial pilot for United Airlines and his duties as a husband, a father and a coach for the multiple hockey teams on which his two sons play.

“I coach them both,” Rudo says. “The time and financial commitment is considerable, and for my family it’s become a year-round activity. The teams travel and spend time away during the summer, so that becomes more difficult to manage.”

And then there is the band. The E Street Shuffle plays 80 to 100 shows a year, with the lion’s share of them occurring at the Jersey Shore between May and September. The band‘s schedule includes multiple stops at venues such as Brigantine’s Laguna Grill, Sea Isle City’s Kix McNutley’s and the Surf City Hotel on Long Beach Island, as well as a pair of shows at Kennedy Plaza on the Atlantic City Boardwalk. In July alone, the band will play more than 20 gigs. Come showtime, if Rudo is flying the friendly skies, it can make for big problems on the ground.

“Just because of the unpredictability of the timing, I do my best not to fly on the day of a gig when I can help it,” he says. “With weather and air traffic delays, it’s hard to guarantee that my flight will land on time. But lately I have to be especially careful not to overlook important information with the band, too. Last month I was fairly sure our show started at 10 (p.m.), but it started at 6 (p.m.). Luckily, I wasn’t flying when I got the ‘Where are you?’ call from the other guys. I wish I had a plane to help me get to that gig!”

But there have been times when the band has been forced to go on without him.

“Last summer I was flying home from New Orleans and the flight got delayed due to a storm,” Rudo says. “The guys started the show without me and just rolled with it, making jokes to the audience about how they were experimenting with a more “treble-focused” sound. When I finally arrived at the gig an hour and a half late, the whole place cheered!”

“We weren’t sure what to do, so we just made a big joke out of it,” says Dave Turner, who plays piano in the E Street Shuffle. “Luckily our band has a lot of guys in it. It would be much harder to cover up for if we were a three-piece or something.”

Turner, who has played with the band since 2009, seems to understand Rudo’s many commitments — even if he mocks him for them at times.

“Hockey is for losers,” says Turner with a half-kidding laugh.

With the obvious challenges of juggling this many summer obligations, why doesn’t Rudo just take on less?

“If it sounds like I’m complaining, I’m not,” he says. “I love my job, I love making music and I love spending time with my sons and helping them reach their personal goals. So my schedule is right at the insanity level, but I couldn’t be happier.”

For many, the flight delays, the coaching, the travel, the band and the general inconvenience of fitting in all of these obligations might seem like a pointless burden. But for Rudo, like many musicians before him, there is a motivation behind the madness — the validating roar of the crowd.

“When the crowd is really responsive, singing along and having a great time, there’s no place I’d rather be. If you want to be knowledgeable, you should help others learn, maybe be a teacher. … If you want to travel, be a pilot and you’ll travel plenty. But if you want to be happy, and I do, making others happy works pretty well to put a smile on my face.”

Every office has an ocean view at local beach service

CAPE MAY — Steve Steger grabbed a navy-blue umbrella from the stack, hoisted it over his tan…

Beach sweepers drive up, down, around to keep summer going smoothly

Helicopter tours give Atlantic City visitors the thrill of flight

For toll collectors, Margate bridge provides an office with a view

MARGATE — On an overcast May weekday afternoon at the shore town, Mortimer Spreng was gettin…

Bruce Springsteen's Broadway show to be seen on Netflix

NEW YORK (AP) — Put away your wallet — you won't have to pay hundreds of dollars to see Bruce Springsteen's Broadway show.

ATLANTIC CITY — On a recent overcast summer morning, with the ocean breeze dropping a gentle mist on the Boardwalk, Deena Daughtery is exposed…

OCEAN CITY — It’s 4 a.m. on Wednesday in Woodstown, Salem County, 50 miles and a world away from the city’s beaches. But Martie Buzby and her …