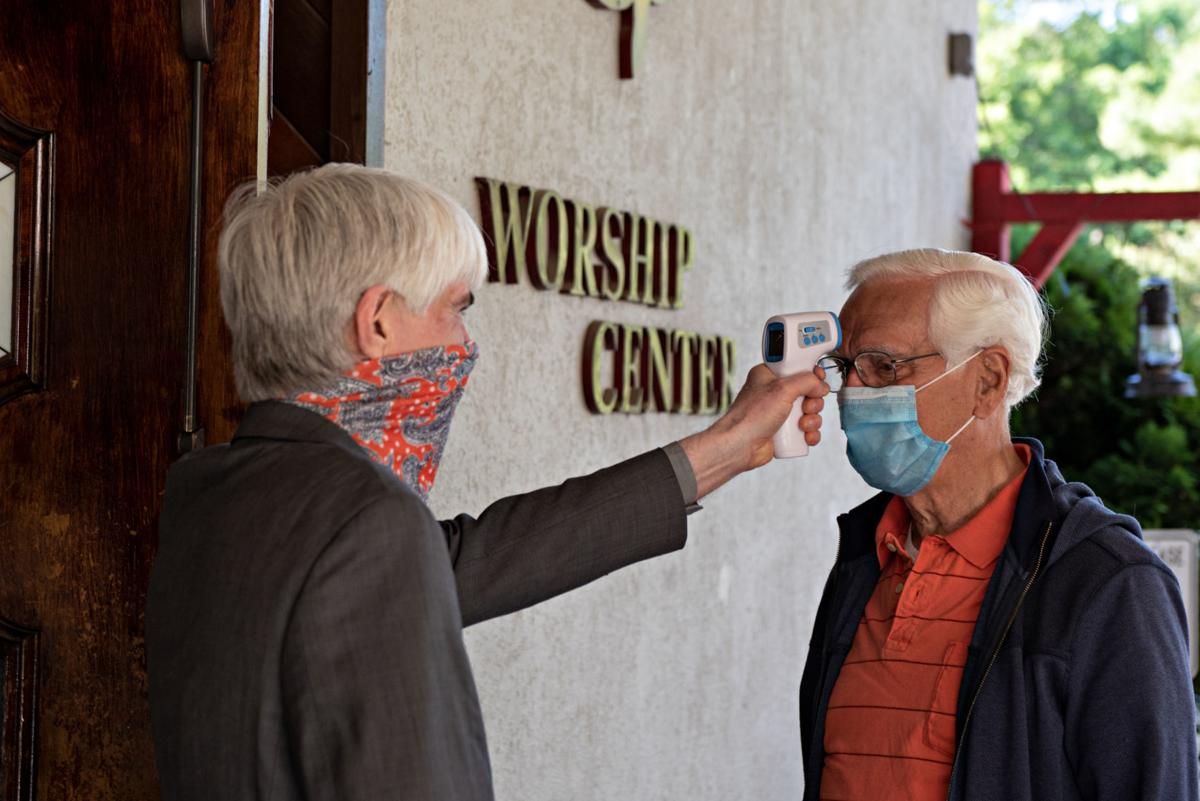 Praise Tabernacle Pastor Steve Rahter takes the temperature of Jim Colley of Allentown before allowing entry Sunday. With safety protocols in place, the nondenominational church in Egg Harbor Township opened its doors for the first time since the COVID-19 shutdown.

Believers rejoice in returning to South Jersey houses of worship: This was the first Sunday that houses of worship were allowed to invite the general public back inside their doors since Gov. Phil Murphy banned public gatherings.

Changes to federal loan program make it more appealing to shore businesses: Making it more attractive, the loans can be forgiven entirely if the business meets certain criteria.

Fishermen, EMT assist Atlantic City police in rescuing man from burning car: The vehicle drove on to an embankment, sending it airborne for approximately 50 feet before it struck concrete pillars and a utility pole head-on.

St. Joseph school supporters hold rally in Hammonton: Supporters of St. Joseph met at the Mt. Carmel festival grounds for an update on the school's evolving plans to remain open.