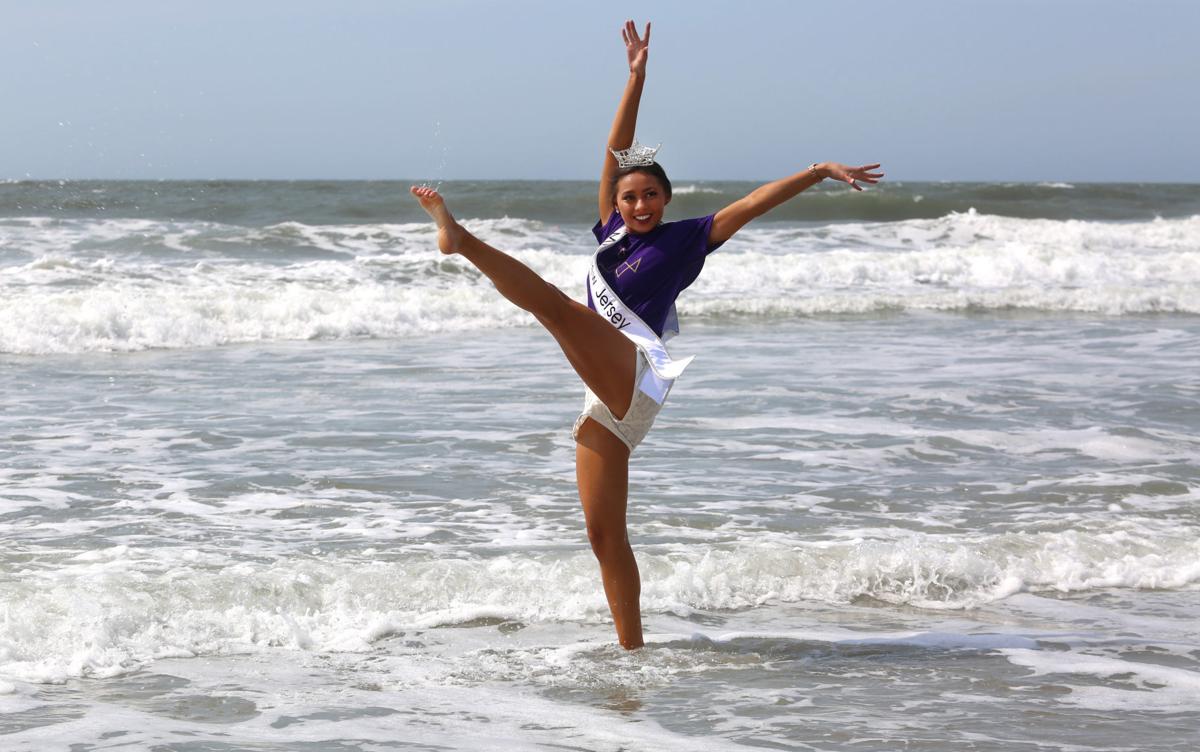 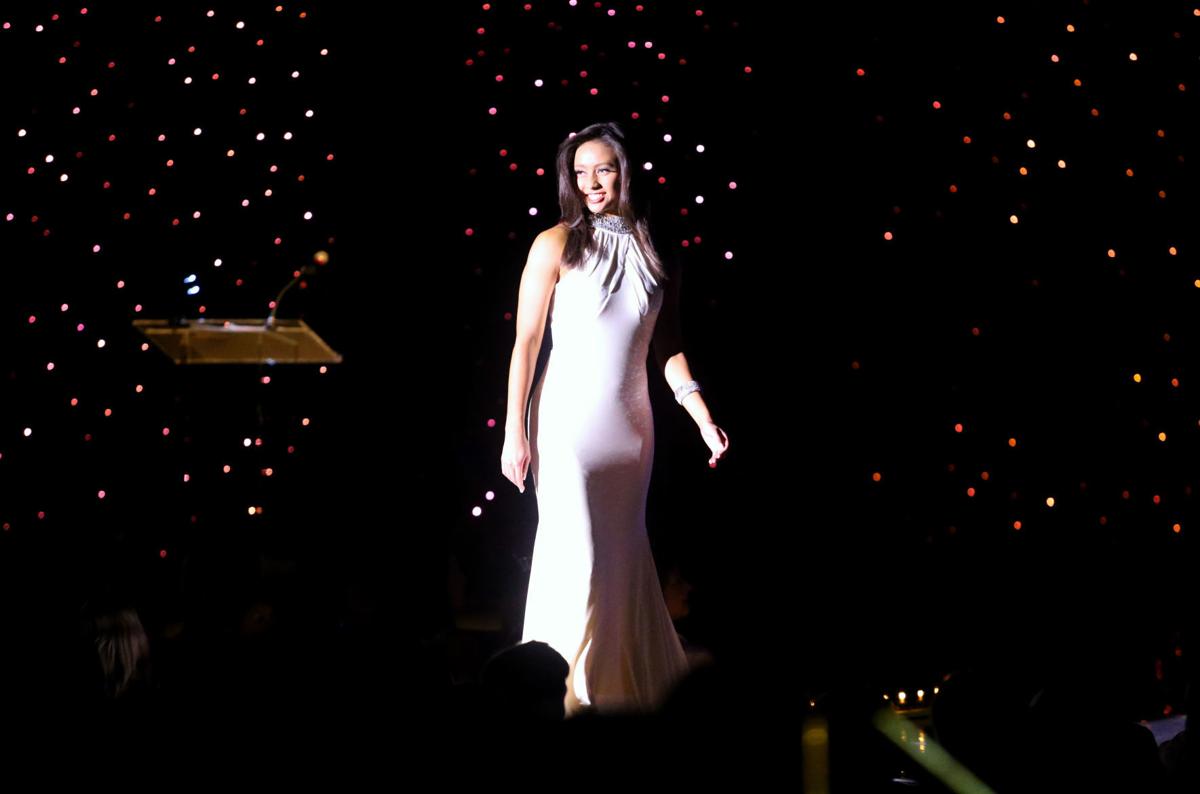 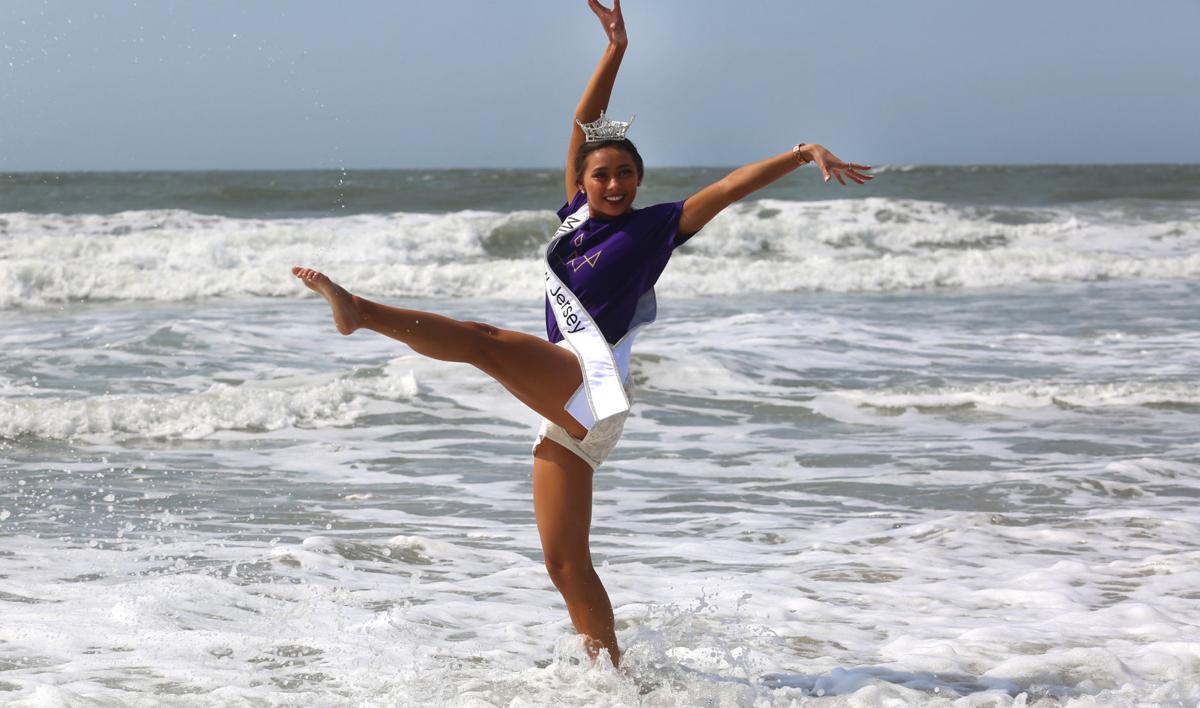 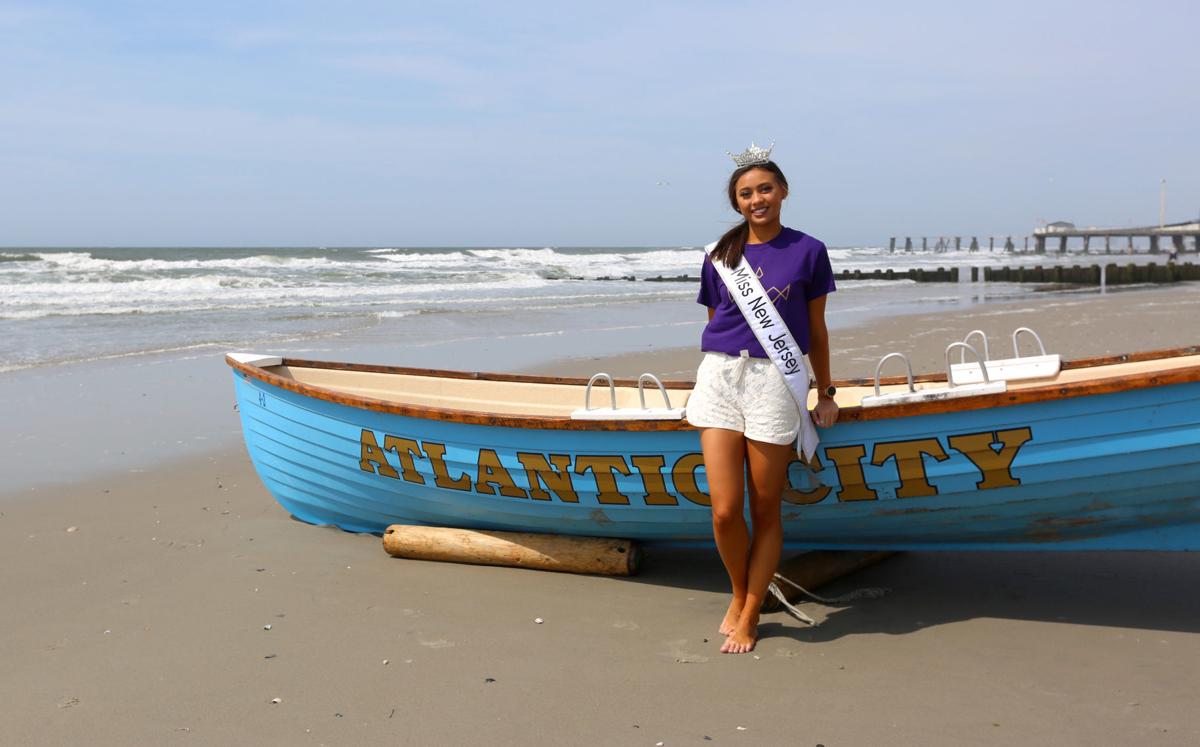 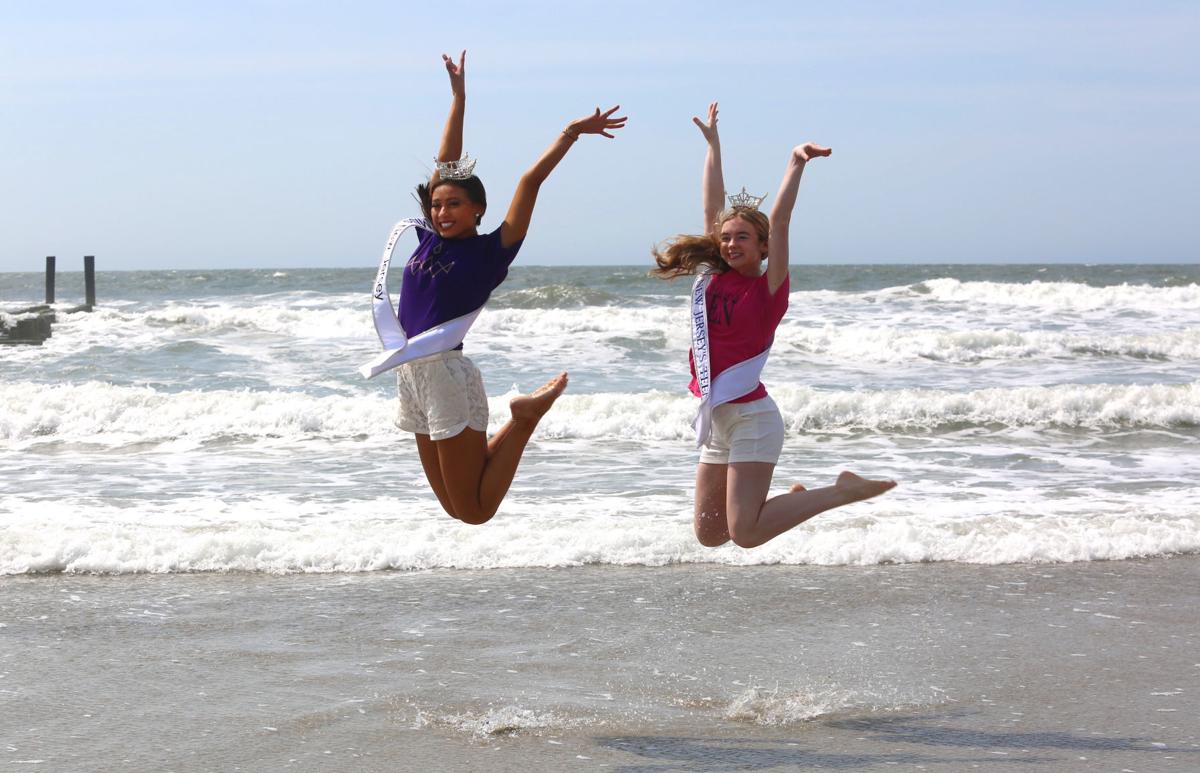 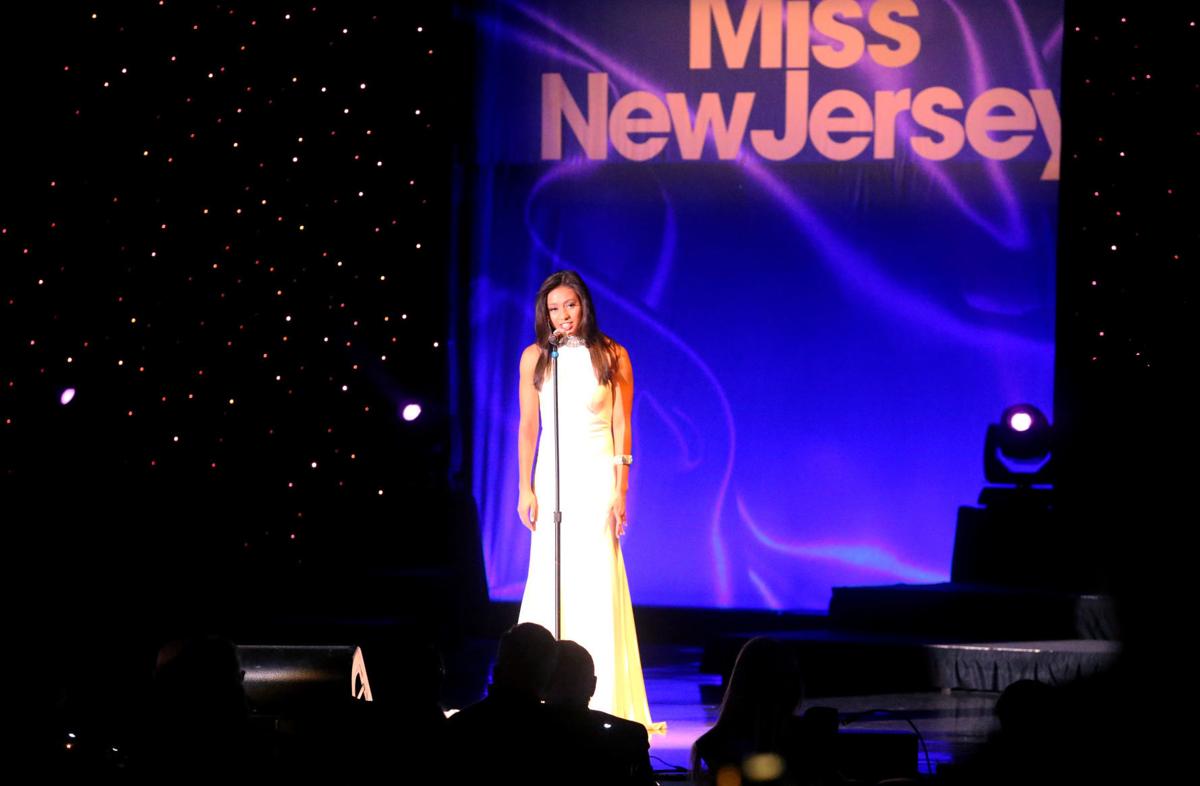 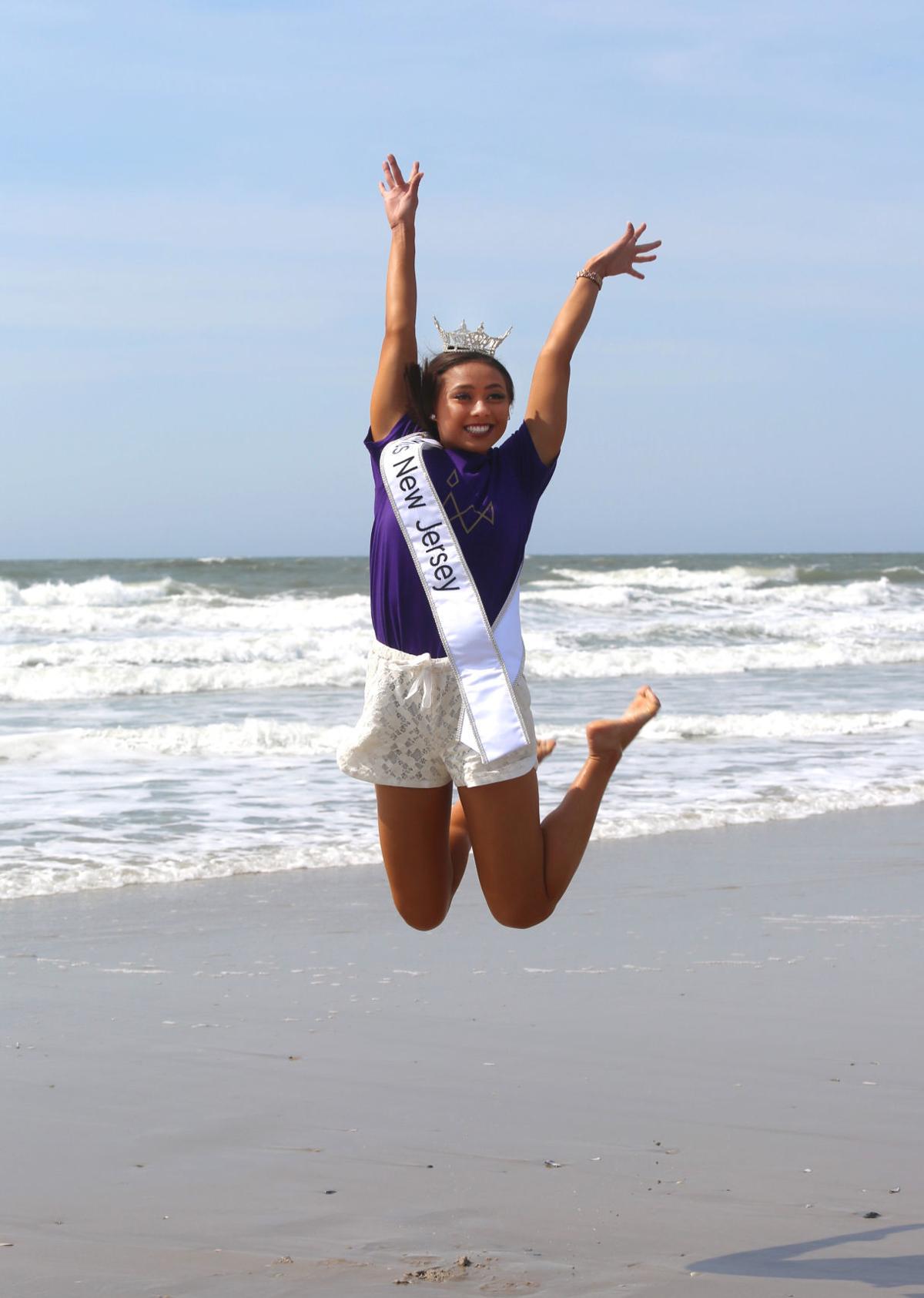 Miss New Jersey 2019 Jade Glab jumps at the water's edge during the traditional morning ocean toe dip after winning the crown the night before. (June 16, 2019) 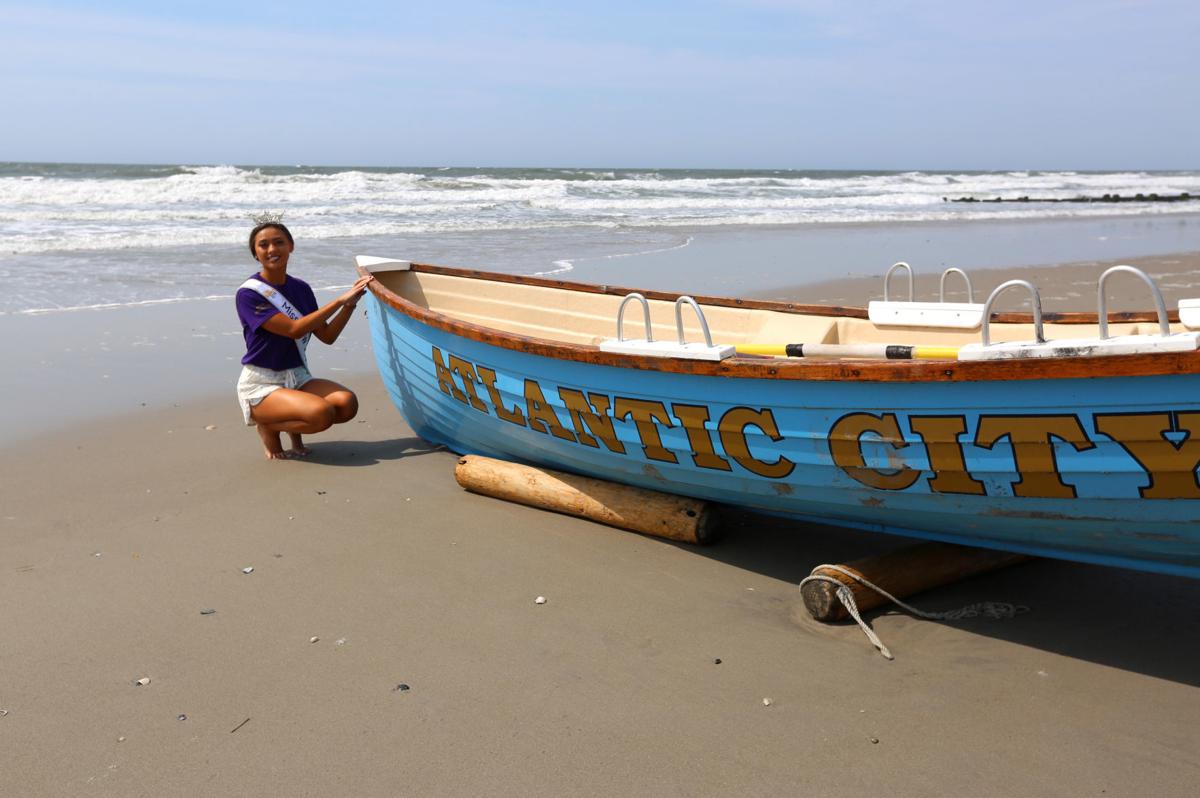 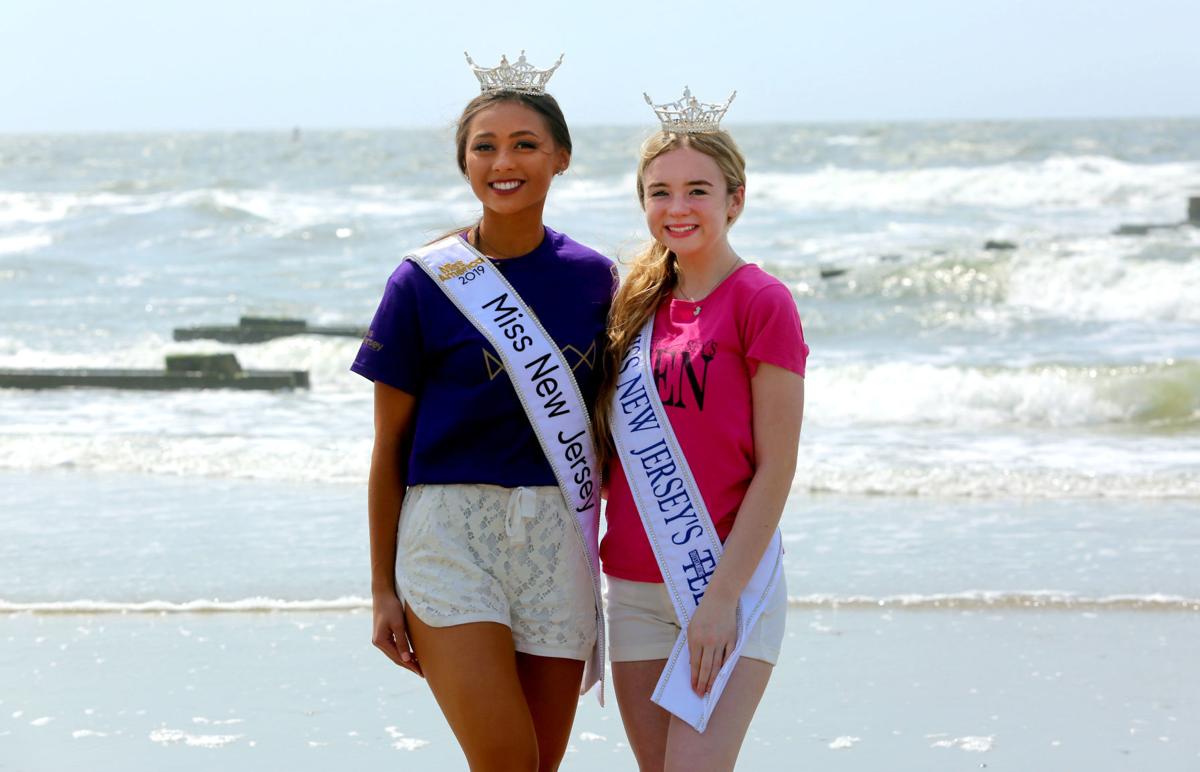 Miss New Jersey 2019 Jade Glab jumps at the water's edge during the traditional morning ocean toe dip after winning the crown the night before. (June 16, 2019)

“I got about five hours of sleep,” she said as she walked the beach outside Resorts Casino Hotel on Sunday morning, “I woke after 9, but I get ready very quick!”

Just eight hours earlier, she was walking the runway stage at the Superstar Theater as the newest Miss New Jersey.

The 19-year-old was bright eyed and ready for the traditional toe-dip in the Atlantic Ocean, kicking off her year of service.

She was surrounded by a team of supporters, including her mom, elementary school teacher Patricia Glab, who helped secure her Miss New Jersey crown and sash before she high-kicked in the ocean.

For Glab, winning Miss New Jersey came quickly, but only after years of practice and training in the teen competition circuit.

“I’m so honored to represent the class of 2019” Glab said. “It took me eight tries to win a teen local pageant, and I didn’t really have the confidence to express who I was to the judges, but this time around I really felt confident in myself.”

This year, representing as Miss Central Jersey Beaches, Glab won the first night’s preliminary talent award and made it through the competition for the ultimate title.

Under the new Miss America 2.0 guidelines, the competition featured two rounds of on-stage questions as well as a several opportunities for the candidates to talk about their social impact initiatives.

“I started this social impact initiative when I was diagnosed with high cholesterol when I was 11 years old. Through this, I was able to share my story and become a relatable figure,” she said.

Glab is looking forward to using her year to promote “Healthy Children, Strong America” which encourages children to be physically active and health conscious.

After recently graduating from Brookdale Community College, Glab was set to attend the University of Virginia’s Macintire School of Business to major in finance. She will defer one year to serve as Miss New Jersey 2019.

During the first round of on-stage questions, Glab was asked about a career field or area in which women are still trying to break through the glass ceiling. She mentioned her aspirations to work on Wall Street, along with the statistic that 3.6% of women hold “C-Suite” positions in the financial industry.

In her second question during the top 5, Glab was asked about how she would promote the Miss America 2.0 ideals along with the pageant’s nearly 100-year history.

“Miss America started as a swimsuit competition and then evolved into having a talent competition, then a platform. ... I believe as a society we are very progressive, we are making strides to become better as individuals ever since, and the way we can celebrate this is by making progress in this organization and bringing Miss America into the modern future,” she said.

While the date and location of the next Miss America Competition is still not know, Glab seems ready to roll with any changes that may happen during her Miss New Jersey year.

“It’s just important to be flexible,” she said. “As Miss New Jersey, this is a learning experience throughout the whole process.”

ATLANTIC CITY — Thousands of visitors walk the Boardwalk every day, looking for the perfect landmark to take a photo.

Ashley Murphy answers a question on who is to blame for the opioid crisis #missnewjersey2019 pic.twitter.com/cFKFJmsDLg