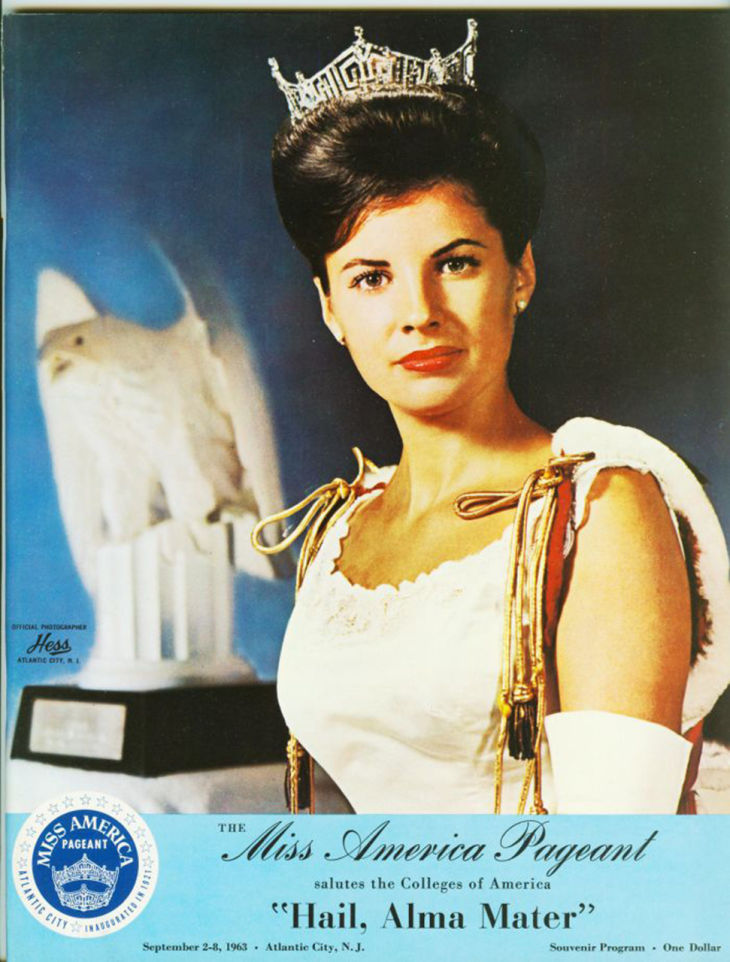 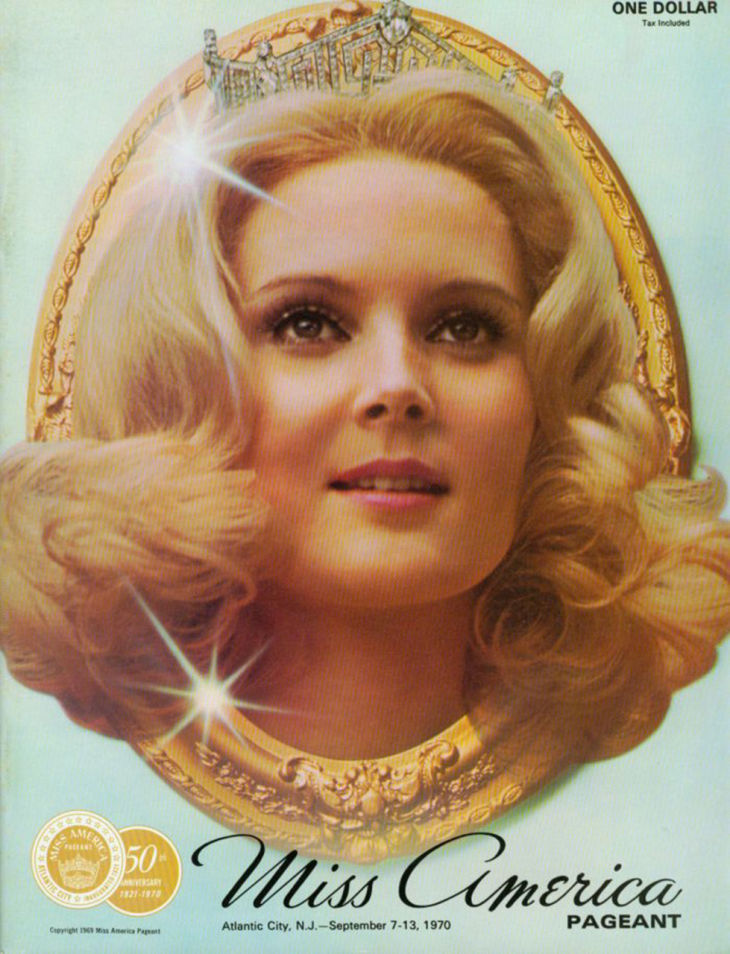 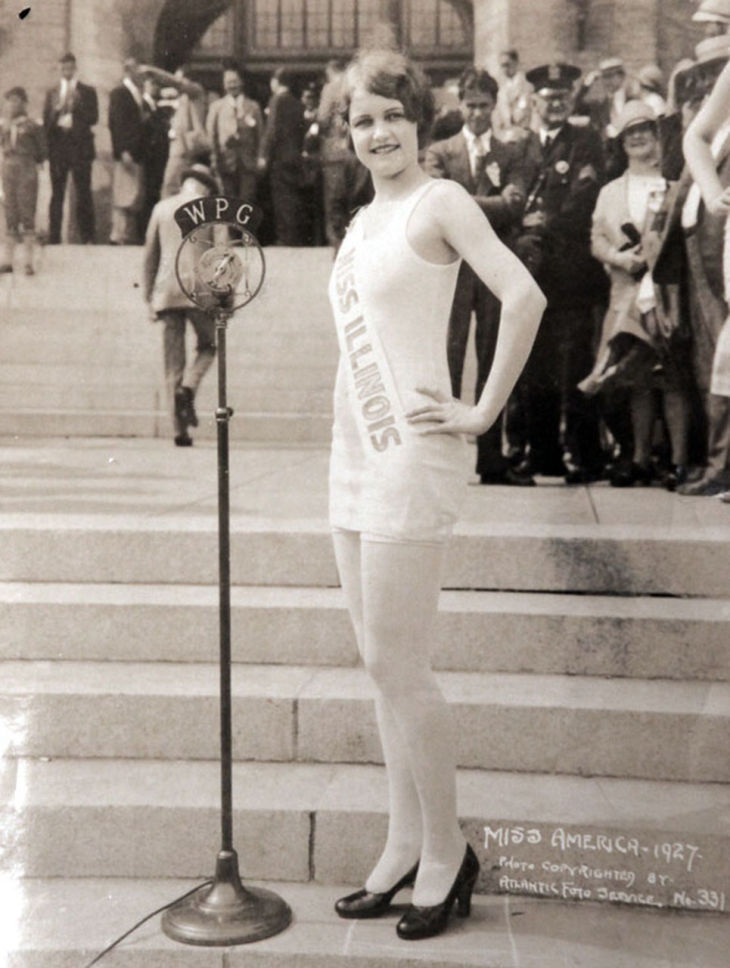 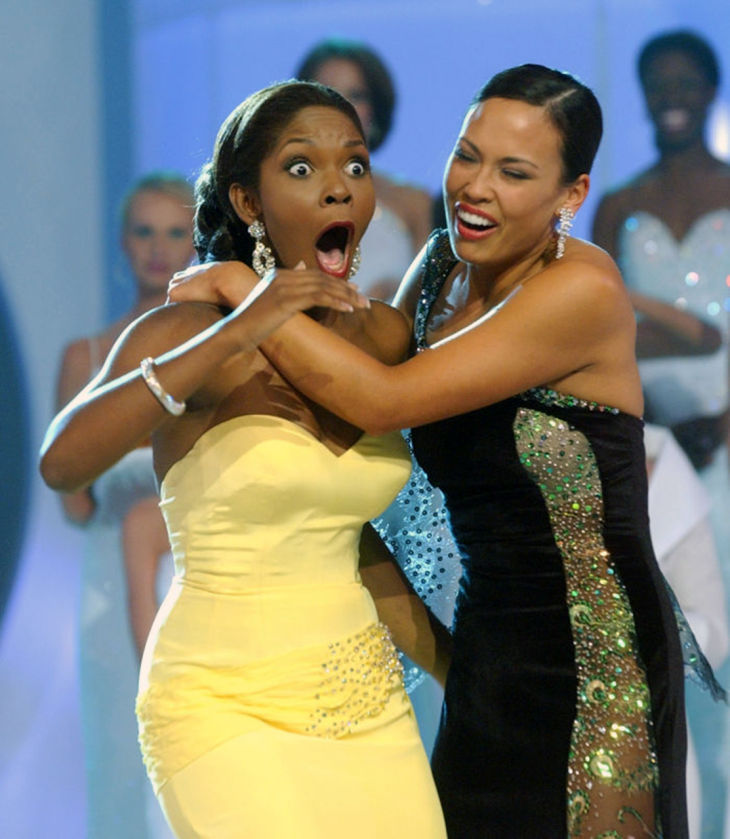 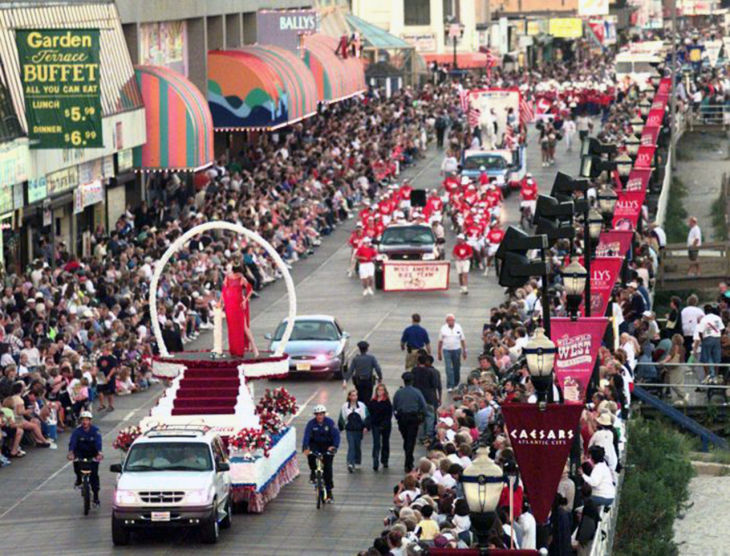 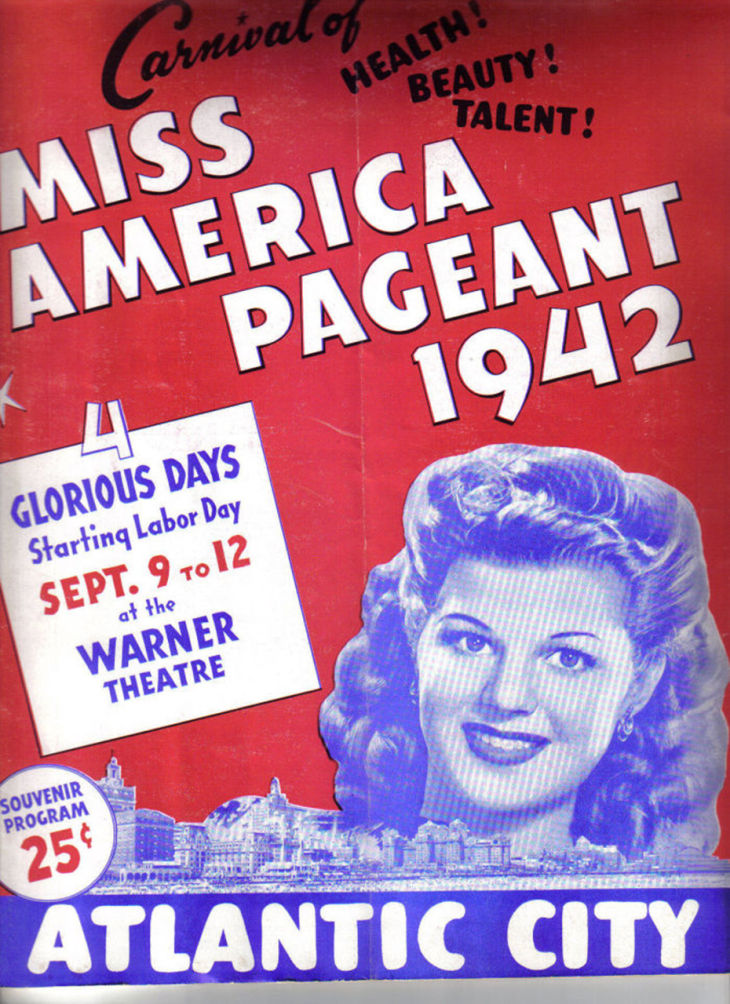 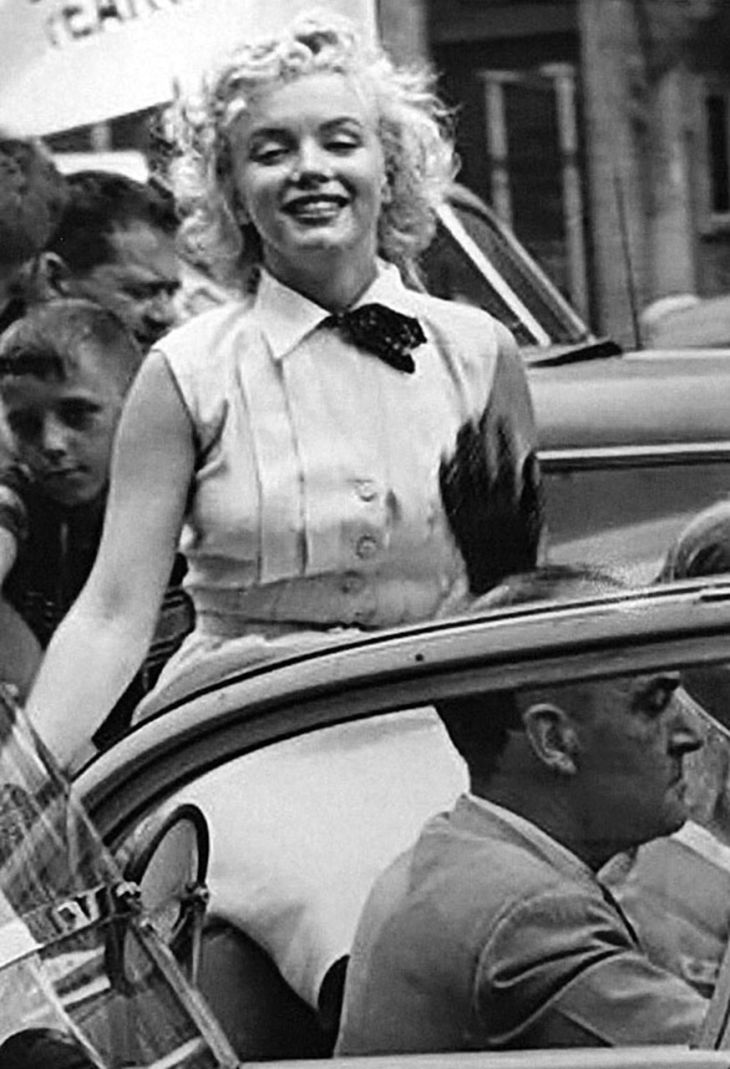 Marilyn Monroe was grans marshall of the parade and was also promoting her movie "Monkey Business" in 1952 - Miss America photos from the collection of Allen "Boo" Pergament. 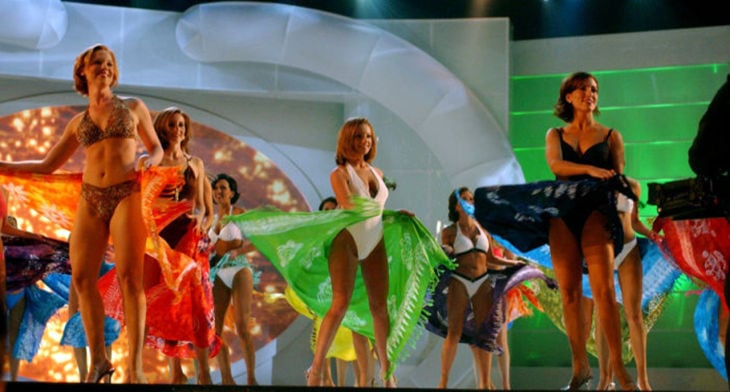 Tickets still are available for preliminary events, which can be spectacular, such as this past Miss America number. 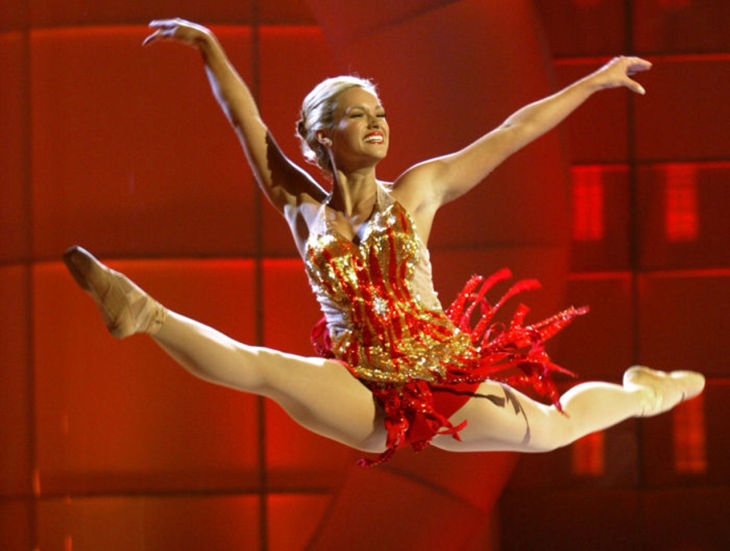 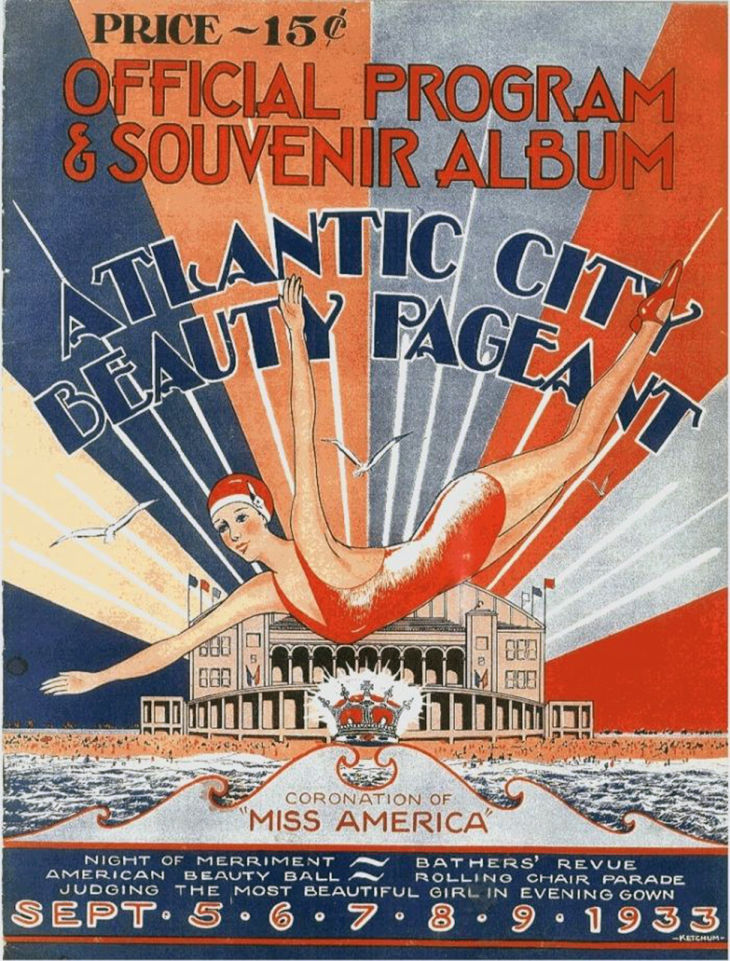 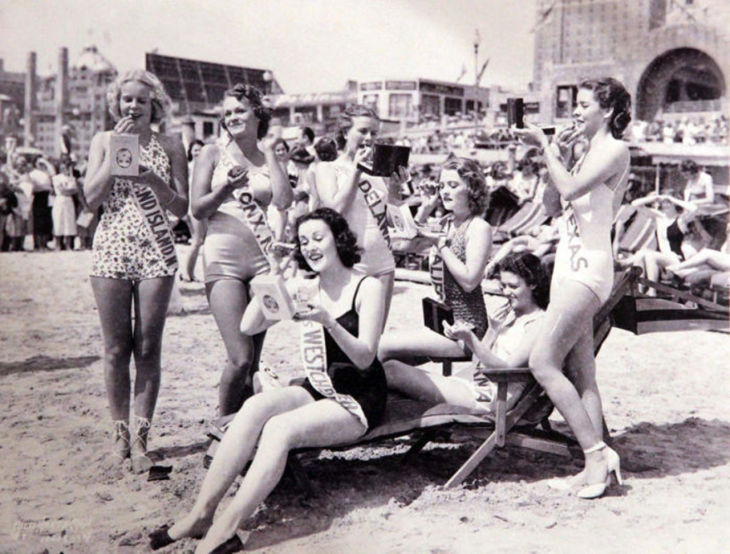 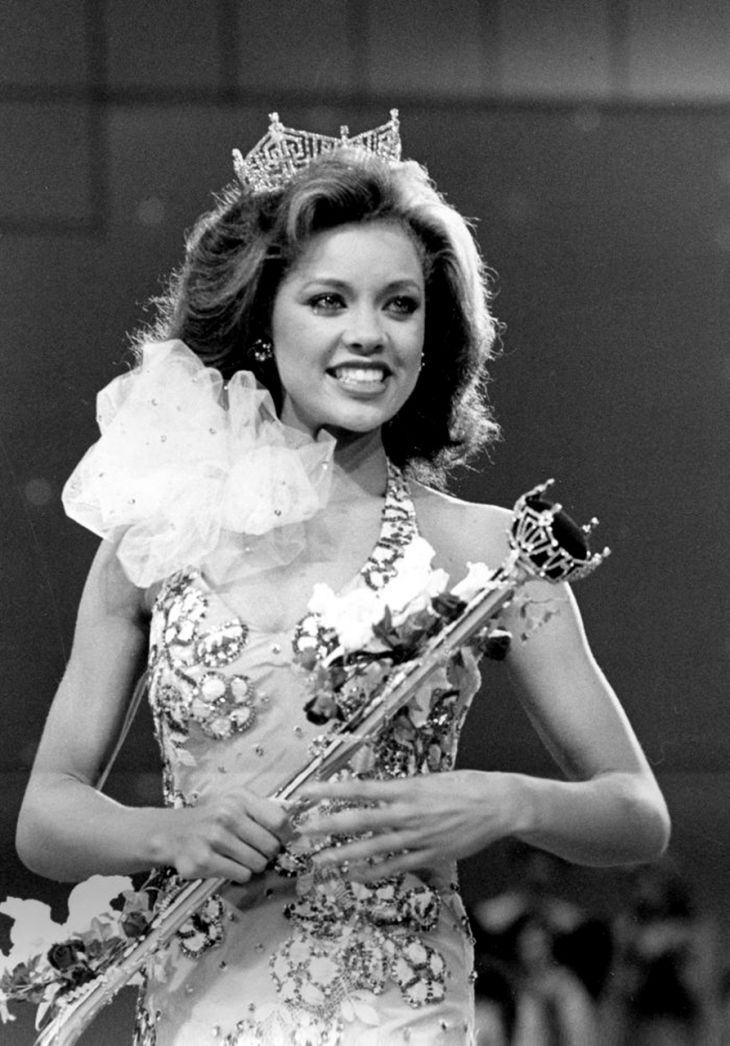 Marilyn Monroe was grans marshall of the parade and was also promoting her movie "Monkey Business" in 1952 - Miss America photos from the collection of Allen "Boo" Pergament.

Tickets still are available for preliminary events, which can be spectacular, such as this past Miss America number.

Women have come a long way since the first Miss America competition was held nearly a century ago.

And what started as a resort city’s beauty contest has evolved, too.

“When the Miss America competition began, there was more of a focus on beauty,” said Josh Randle, chief operating officer of the Miss America Organization. “Today’s contestants are judged on their ability to better themselves and their communities by dedicating their service to others and living a healthy and happy lifestyle.”

Not only has beauty taken a back seat over the years, pageant fans also have seen diversity on many levels — from women of different ethnic backgrounds winning the crown to competitors flaunting their more unique features, such as the rib-covering tattoo of Miss Kansas 2013.

“The Miss America competition has witnessed many changes in its 95-year history, and, in many ways, that history parallels the evolution of our nation,” Randle said.

There it is ... History of the Miss America competition

This year, the Miss America pageant celebrates its 95th anniversary. The pageant will determ…

The Miss America competition started in 1921, when eight women vying for the top title qualified in the following categories, depending on their work backgrounds: Professional beauties, civic beauties and inter-city beauties.

It would be more than a dozen years before a talent portion was added, and interviews with judges weren’t required until 1936, known as the “personality” category in its early years.

The competition started as an economic booster for Atlantic City, where girls were already wearing bathing suits on the beach, but quickly became synonymous with the women inside the suits.

Yolande Betbeze, crowned Miss America 1951, commented in an Atlantic City Press photo caption that, “American taste was changing and that the public now insists on talent along with its beauty.”

The way the pageant was judged emphasized talent and public speaking more and more. Women pursuing their educations started competing, and Jean Bartel became the first college student to win the Miss America title in 1943. It was after her crowning that the Miss America Organization started offering scholarships.

Interviews and talent demanded higher scores than just beauty; a change from the first few years of the pageant, when women were judged according to a 100-point criteria on “face and form.”

Former chairman, CEO and executive producer Leonard Horn laid out some guidelines for the Miss America Organization when he took over in the late 1980s. One of the ground rules he wanted in place was to create “an improved judging format that increases the weight of personal interviews while de-emphasizing the swimsuit competition,” according to a passage in Ann-Marie Bivan’s book, “Miss America: In Pursuit of the Crown.”

Pageant newbies, veterans on the road to Miss America

Diversity also played into the physical changes among the women who could, and would, participate in the competition.

Some pageant history buffs might recognize “rule No. 7” in Miss America’s history, a requirement formalized in the 1930s for pageant contestants to “be of good health and of the white race.”

Before 1970, black communities had set up their own pageants, including the 1968 Miss Black America competition held in Atlantic City the same day as Miss America that year. Soon after, Cheryl Browne was the first black woman to win a state title as Miss Iowa 1970.

Cheryl Browne was the first African-American contestant as Miss Iowa in 1970.

Early Miss America pageants, to say the least, lacked any sort of ethnic diversity. In fact,…

Miss America had its first black national titleholder in 1984; first with Vanessa Williams, from New York, and then with Miss New Jersey Suzette Charles, who took the crown after Williams resigned.

Miss New York Nina Davuluri became the first Indian American to win the competition when she was crowned Miss America 2014, drawing harsh criticism on social media. Davuluri took the opportunity to promote her platform on ethnic diversity and cultural awareness.

One of this year’s contestants, Miss Kentucky Clark Janell Davis, is black and the youngest competitor at 18 years old. She said Miss America has a responsibility to represent all cultures and backgrounds in the country.

“I think that her role in our country is to be a symbol of the melting pot that the United States is.”

It started in 1921, when Margaret Gorman was crowned Miss America on the Atlantic City Board…

What do you know about Atlantic City’s Boardwalk Hall? Unfortunately, not too many of you ar…

This year, the Miss America pageant celebrates its 95th anniversary. The pageant will determine 2016’s Miss America titleholder from 52 states and territories.

But before she is named, let’s go over some Miss America history, trivia and milestones.

1926: Norma Descygne Smallwood is the first Native America contestant to get the crown.

1928: No Miss America competition is held, a decision spurred by protesters who found the pageant risque. Several other pageants cropped up, but the official Miss America pageant didn’t come back until the 1930s.

1935: Talent portion is added to the competition; it became a mandatory category in 1938.

1941: The rule is established that a contestant cannot compete for the Miss America title more than once.

1947: The first year two-piece swimsuits were worn in the competition.

1950: Post-dating the Miss America title begins. Miss Alabama, Yolande Betbeze, was crowned “Miss America 1951,” even though she won the title in September of 1950.

1959: Every state in the United States is represented in the national finals for Miss America.

1966: Miss America pageant is first broadcasted in color on NBC.

1983: Vanessa Williams is crowned Miss America 1984, the first African American woman to get the title. She resigned her title in 1984 after unauthorized nude photographs of Williams was published in Penthouse magazine. Miss New Jersey Suzette Charles gets the crown afterwards.

1991: Regis Philbin and Kathie Lee Gifford take over hosting the Miss America pageant. They host together until 1996, when Philbin hosts solo.

2003: For a brief stint, casual wear is added to the judging criteria.

2005: Miss America Outstanding Teen comes to the scene in August.

2006: The pageant moves from Atlantic City to Las Vegas.

2007: The official partnership between the Miss America Organization and the Children’s Miracle Network begins.

Though the 52 contestants for the Miss America competition will spend their lion's share of time in Atlantic City, they're spending the first …

From Florida to California, here they are.

Miss America gave out $6 milion in scholarships in 2014

In many ways, Allie Nault is just your regular teen. She has dreams of going to college — Johnson & Wales University, specifically, for ho…

A former Miss America and Miss New Jersey said the public apology Sunday from the Miss America Organization to Vanessa Williams, was "about ratings."