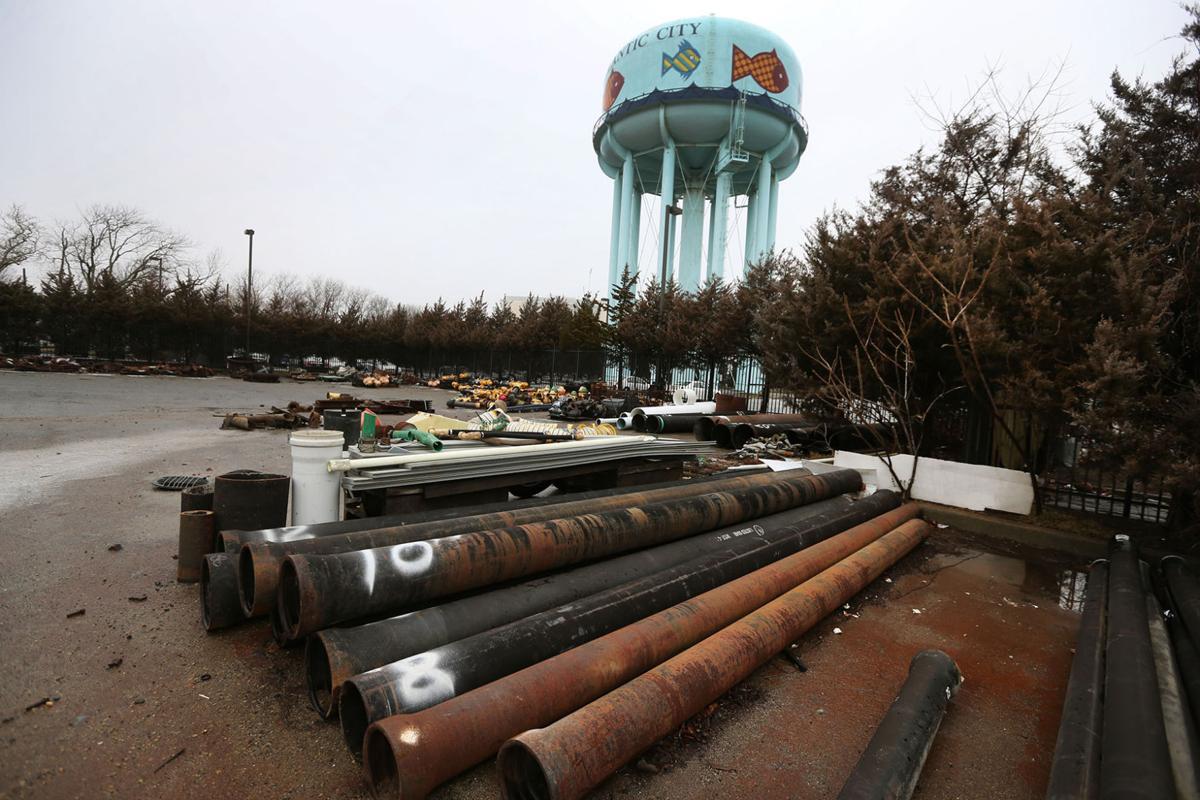 Lea moved to Atlantic City in 1960 after being honorably discharged from the Air Force. 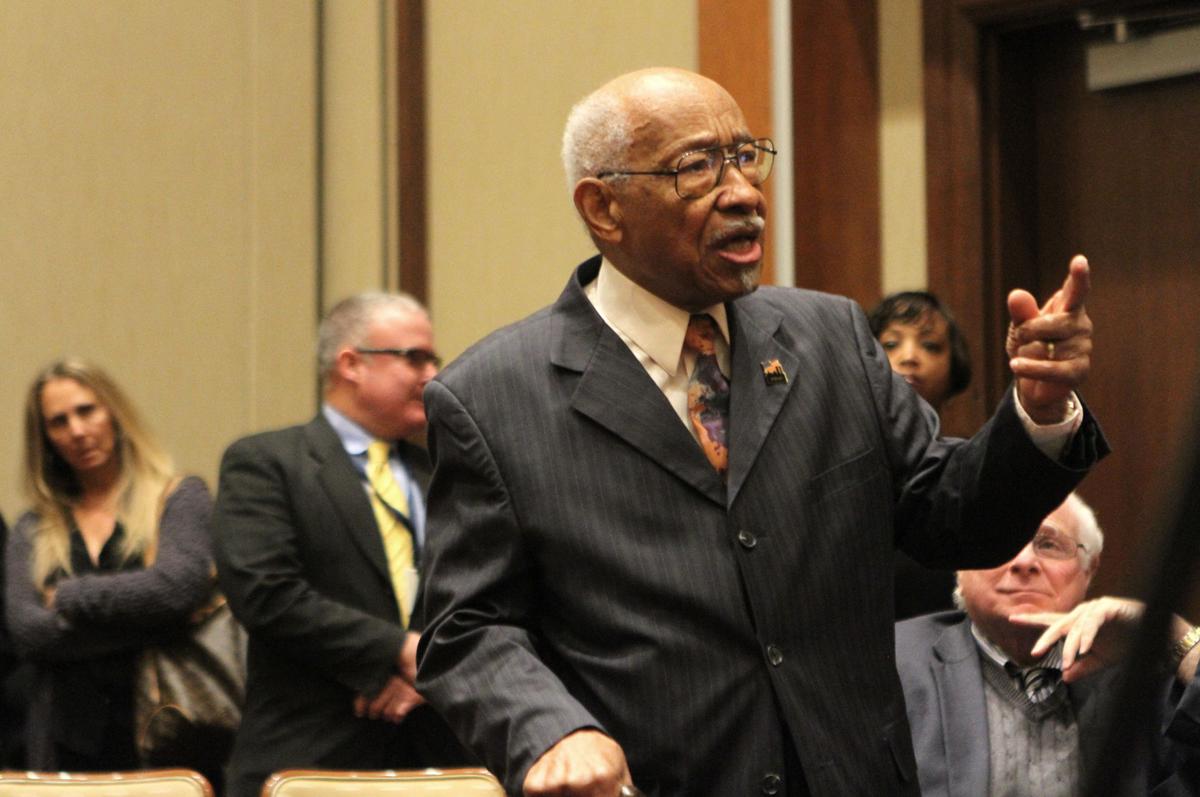 Bill Cheatham, stands during a press conference before the State of the City Address lunch-in and states, “This is our city, and we’re going to fight for it, you’re damned if I’m going to let somebody come in and take it over. It’s wrong, wrong, wrong.” January 13, 2016. (The Press of Atlantic City/ Viviana Pernot)

Lea moved to Atlantic City in 1960 after being honorably discharged from the Air Force.

The Municipal Utilities Authority board of directors approved a 10 percent rate hike for next year — up from a previously planned 8 percent increase — at a Nov. 28 special meeting to cover lost revenue from a contract change with New Jersey American Water.

Residential rates would increase to $50 per quarter from $45 last year. The authority’s residential water rates, which have been the lowest in Atlantic County, would still be near the bottom but would be slightly above Longport and Margate, according to Atlantic County Utilities Authority data.

The board went into executive session after approving the water-rate hike, according to the Nov. 28 meeting transcript. When they returned, they voted to give themselves $3,000 gifts this December “for their dedicated service,” according to a resolution.

But the money was supposed to be a parting gift, not a Christmas gift, according to one board member. Board Vice Chairman Gary Hill said Monday the “December 2016” was an error in the resolution’s language. Board members are supposed to get the money once they leave the board, maintaining an MUA tradition, he said.

“We’re going to modify (the resolution) in December to follow the past practices,” Hill said.

The authority’s seven board members make $6,000 salaries and can receive benefits, according to public records.

American Water, a private company considered a potential buyer of the authority, had a $1.7 million contract with the MUA and was the authority’s top customer, Hill said.

But American Water recently notified the authority it doesn’t need water from the MUA anymore. Capital improvements to its Atlantic County system have increased its water capacity and “in essence eliminated NJAW’s need to purchase water from the ACMUA,” a company letter to the authority said.

Instead, American Water wanted to buy 500,000 gallons of water per day, down from the 1.2 million gallons per day it has recently purchased. But the lower volume would convert the company from a “bulk purchaser” to a “commercial customer,” meaning it would have to pay a $7 million connection charge, the letter said.

“We cannot justify the additional costs the ACMUA’s proposal would have on the company and its customers, since these significant capital investments eliminate the need for New Jersey American Water to purchase additional water,” American Water spokeswoman Denise Venuti Free said in a statement.

The contract change and its effect on the MUA budget led to the special board meeting where rates were raised.

The authority and American Water are discussing a deal in which the company would only buy water from the MUA in emergency situations, Hill said. The MUA could get just $200,000 under such an arrangement, Hill said.

The water system has been at the center of debate between the city and state over fixing Atlantic City’s dire finances. American Water lobbyist Philip Norcross attended a 2015 meeting with city and state officials in which the MUA was discussed. Norcross’ brother is South Jersey powerbroker George Norcross.

Authority officials questioned the timing of the contract change, hinting it was a strategic move by American Water to get the valuable water works, according to the meeting transcript.

“They’re trying to squeeze us,” Board Solic-itor Fredric Bor said.

“They’re trying to cause the value of our authority to lessen because they don’t have such a mega contract, so when they come in and try to work out a contract to buy us, we’re worthless,” board Chairman Milton Smith said.

Free, the American Water spokeswoman, didn’t address the board members’ comments in her statement.

City Council voted down or pulled measures to dissolve the MUA five times amid pressure from residents fearing drastic rate hikes and a loss of local control if the authority were sold.

The city’s last-ditch effort to avoid a recent state takeover involved the authority borrowing to buy another valuable city asset, Bader Field, for $110 million. The state rejected that plan.

“Did you get your tax bill?” Hill asked board members, according to the transcript.

Now that the state controls the city, what about the water?

ATLANTIC CITY — From the beginning, it’s been about the water.

ATLANTIC CITY — Staring at default and facing a state takeover, the city pitched a plan Mond…

State to veto $3,000 gifts to Atlantic City MUA board members

ATLANTIC CITY — The state will use its new power over the city to veto the water authority’s decision to give its board members $3,000 gifts.

It’s all in the timing.

It’s all in the timing.

ATLANTIC CITY — If the city water authority’s board members vote to give themselves $3,000 gifts, but no one from the public is there to see i…