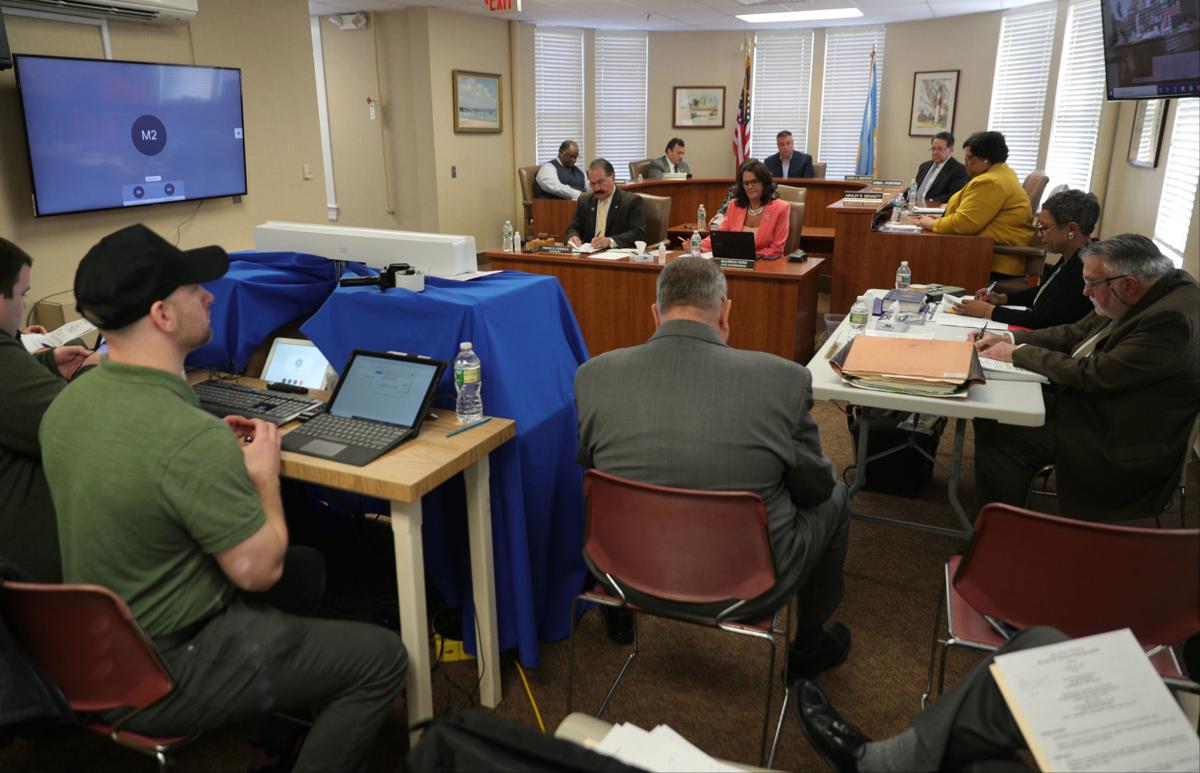 Staff at a drive-through COVID-19 testing site talk to people waiting in line, in their cars, at the PNC Bank Arts Center in Holmdel on Tuesday.

Staff at a drive-through COVID-19 testing site talk to people waiting in line, in their cars, at the PNC Bank Arts Center in Holmdel on Tuesday.

Atlantic County may open its own test site for COVID-19, according to county Administrator Jerry DelRosso, now that federally funded test sites will be limited to the two already open in North Jersey.

“FEMA is only funding two — in Bergen and Holmdel,” DelRosso said at the county freeholders’ first all-online meeting Tuesday. “All the other 19 counties are technically on their own.”

The first site funded by the Federal Emergency Management Agency opened Friday at Bergen County College in Paramus, and the second opened Monday at PNC Bank Arts Center in Holmdel, Monmouth County. Those counties have some of the highest numbers of infected residents in the state. Atlantic County has six positive cases to date, according to the state Department of Health.

The costs of opening a test site would be shared by the county’s Department of Public Health and health care providers that would elect to participate, DelRosso said. He did not have an estimate of what it may cost the county.

He said a committee from public health and emergency management is working on the site, staffing, personal protective equipment, test kits, security and other key issues.

“We are also discussing issues with potential partners ... so give us a few days to flush those items out,” DelRosso said.

But he did say that, to date, COVID-19 has not caused any additional spending by the county. Workers are continuing to do their jobs, while not interacting directly with the public. Instead they are communicating via email, phone and regular mail.

The overall financial impact of the pandemic is yet to be determined, Freeholder Chairman Frank Formica said.

“It has cost Atlantic City about 22,000 people not working,” Formica said of casino closings because of the disease. “We just got out of the doldrums and being in the top tier of foreclosures in the U.S.”

Formica said he fears the county could go back into high foreclosure rates as a result of so many residents not having a full-time job for six to 12 weeks.

DelRosso also said Formica’s idea of opening a test site at the state Motor Vehicle Commission’s Mays Landing inspection station, which is closed during the pandemic, will probably not happen.

“The Mercer County executive was told he could not use the DMV — to go get a mall,” DelRosso said. He said Atlantic County’s first choice of a site would now be the Hamilton Mall parking lot, and second choice the one at the Harbor Square shopping center in Egg Harbor Township.

In spite of the freeholders being in different locations, the meeting started on time, and all were able to participate, with their photos appearing as each spoke.

Clerk of the Board Sonya Harris said 28 members of the public participated via the internet. The average meeting attracts fewer than that number of members of the public, except when controversial issues are on the agenda. In a couple of recent meetings when a gun rights resolution was debated and ultimately passed, more than 100 people showed up at freeholder meetings. Many could not fit in the small meeting room in Northfield’s Stillwater Building.

In welcoming people to the first completely live-streamed, by-remote meeting, Formica said it was the county’s way to keep government going through the COVID-19 crisis.

“Some people may question whether this is necessary, and I can certainly say … carrying on county government with all the services it provides is of utmost importance.”

Creed Pogue, of Estell Manor, was one of the people questioning the need to keep holding freeholder meetings electronically.

When it was time to pass the county’s $219.5 million budget and separate budgets for the county’s Public Health Department and library system, Pogue asked each time through electronic communication that the matter be postponed until public hearings could be held in person. He added the state is allowing governmental bodies to postpone making budget decisions.

“We are following procedures recommended by county officials and solicitors and following what public law requires,” Formica said. “If someone wants to comment, they can comment.”

All freeholders voted to pass the budget except Republican James Bertino, who abstained.

They will be in separate locations, but Atlantic County freeholders will come together elect…

Fifth person tests positive for coronavirus in Atlantic County, Shore has one positive case and expects another

State announces five counties for drive-thru COVID-19 testing, Atlantic is ready to be next

A Bridgeton resident has become the first death in the region linked to COVID-19, Cumberland County announced Wednesday.

By the time Ben Miller finally had to shut down his “Cool Cape May” Facebook page last Wednesday, the site had been overwhelmed by days of fig…

Local officials are working to get testing sites for the novel coronavirus up and running in Atlantic County, with one location plan ready for…