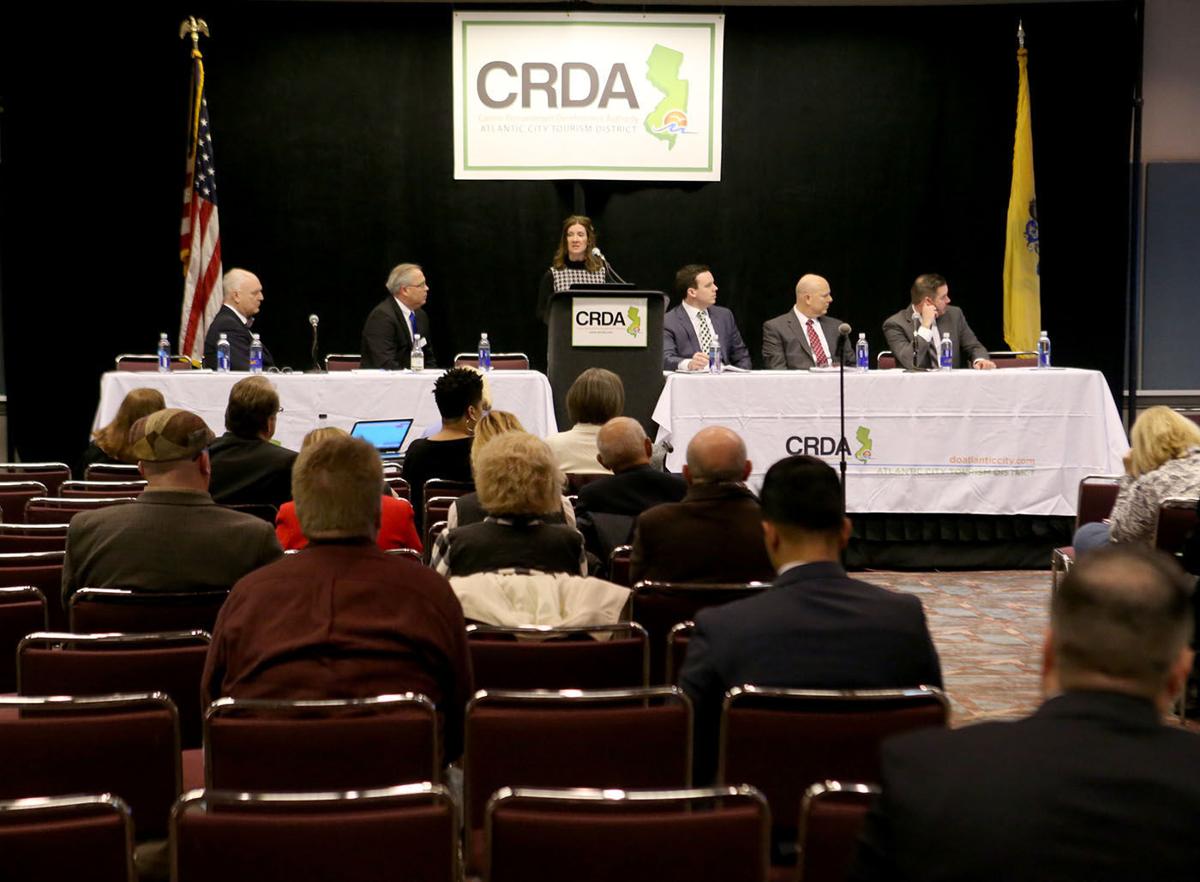 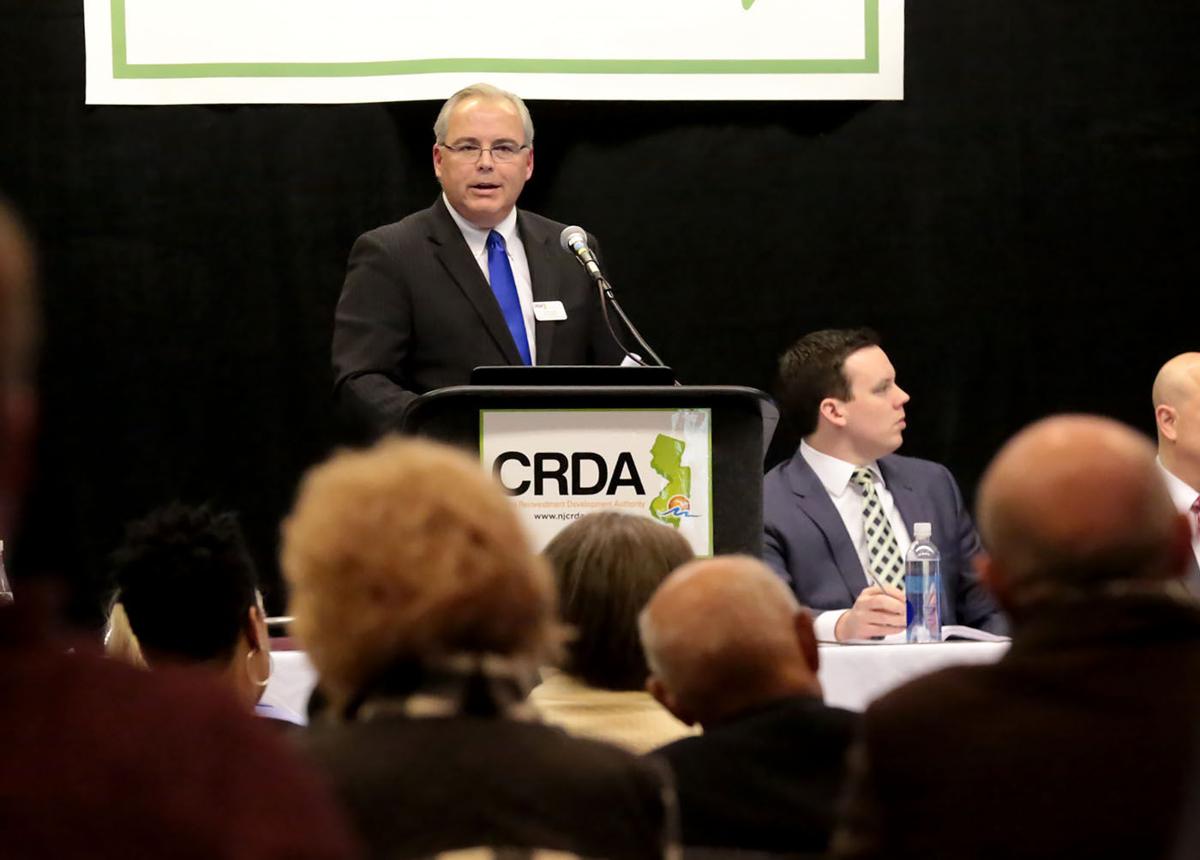 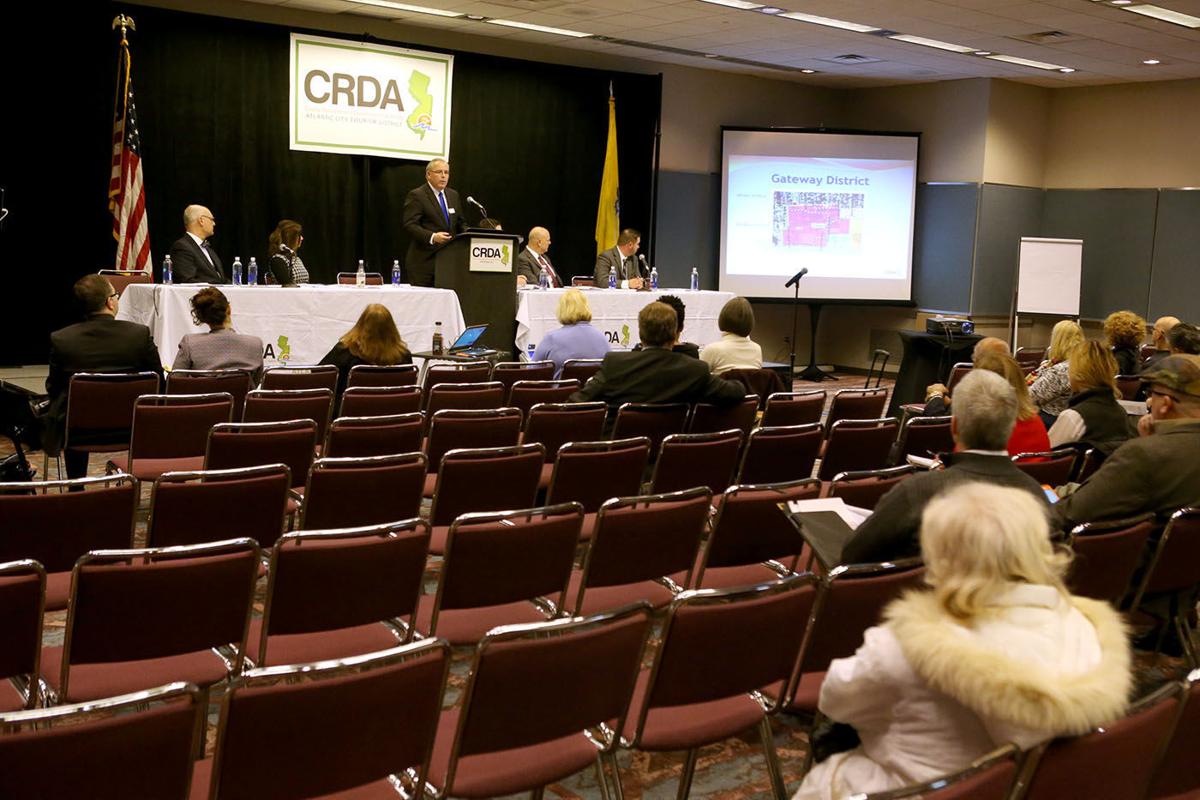 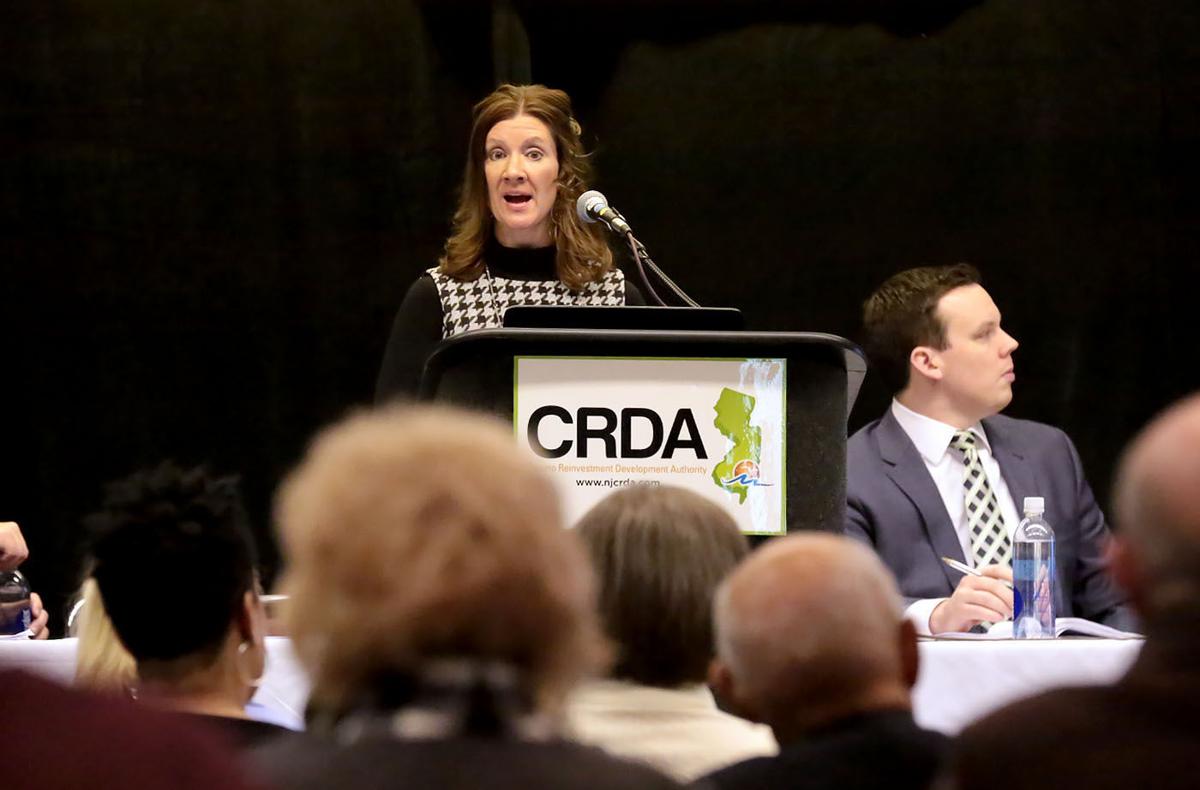 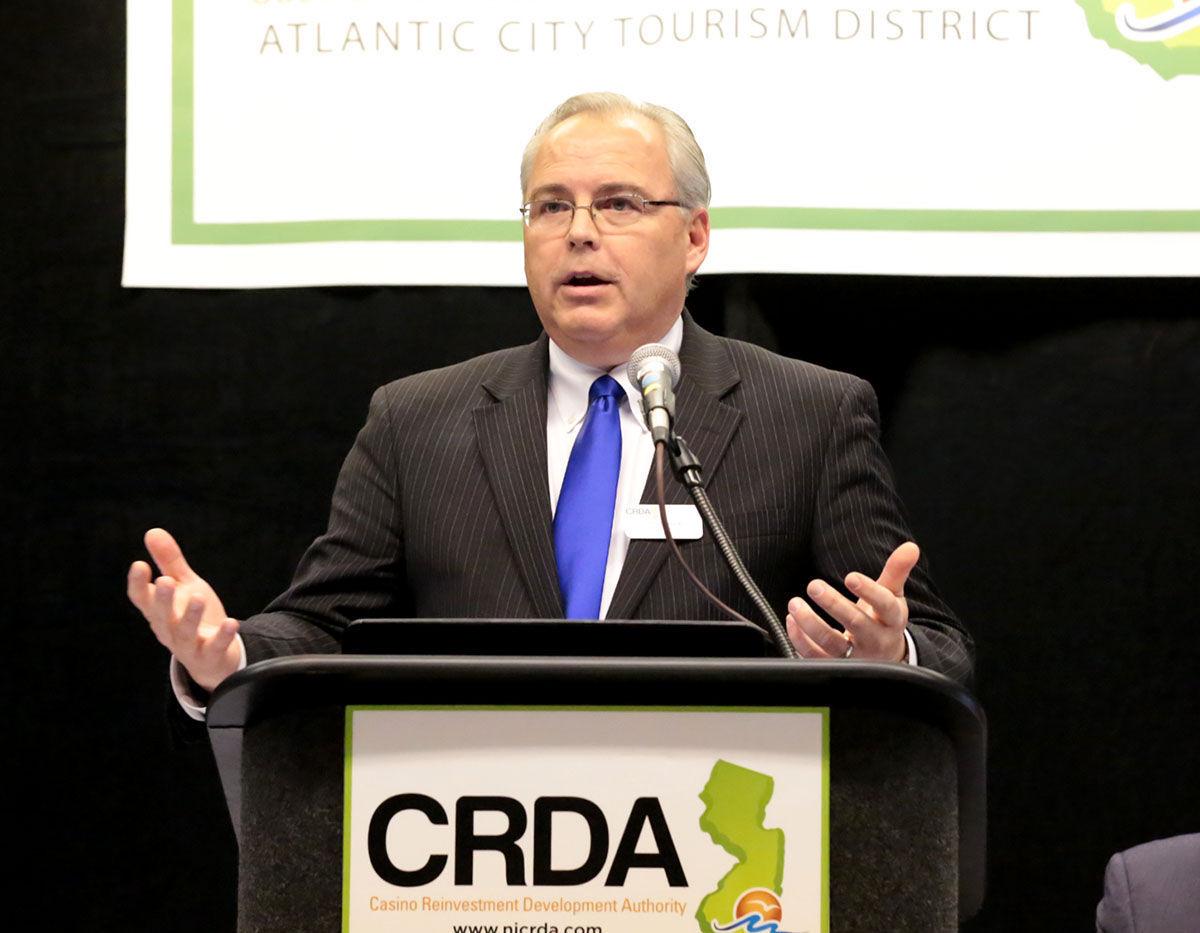 The authority Monday held its first of two public hearings at the Atlantic City Convention Center as it looks to streamline its regulatory process and spur economic development in the city.

“We want this plan to fit the businesses that are coming to the city,” he said.

Over the years, the city and authority have been criticized for bureaucratic red tape. The plan proposes more permitted uses in zoning areas around the city, a move that officials hope will eliminate the need for hearings and cut down on bureaucracy.

Is Stockton the answer to Atlantic City's problems?

Under the amendment, new zones would allow mixed uses in the Southeast Inlet, art studios in the Ducktown section and retail development around the Atlantic City Expressway and its waterfront.

Stephanie Segal Miller, a 47-year-old city resident, said she would like to see more art-permitted usages throughout the Tourism District and not just limited to the Ducktown section.

“The appeal of the cultural tourism market is that they typically spend more, stay longer and take more trips,” Miller said.

The CRDA handles redevelopment projects and zoning in the Tourism District. 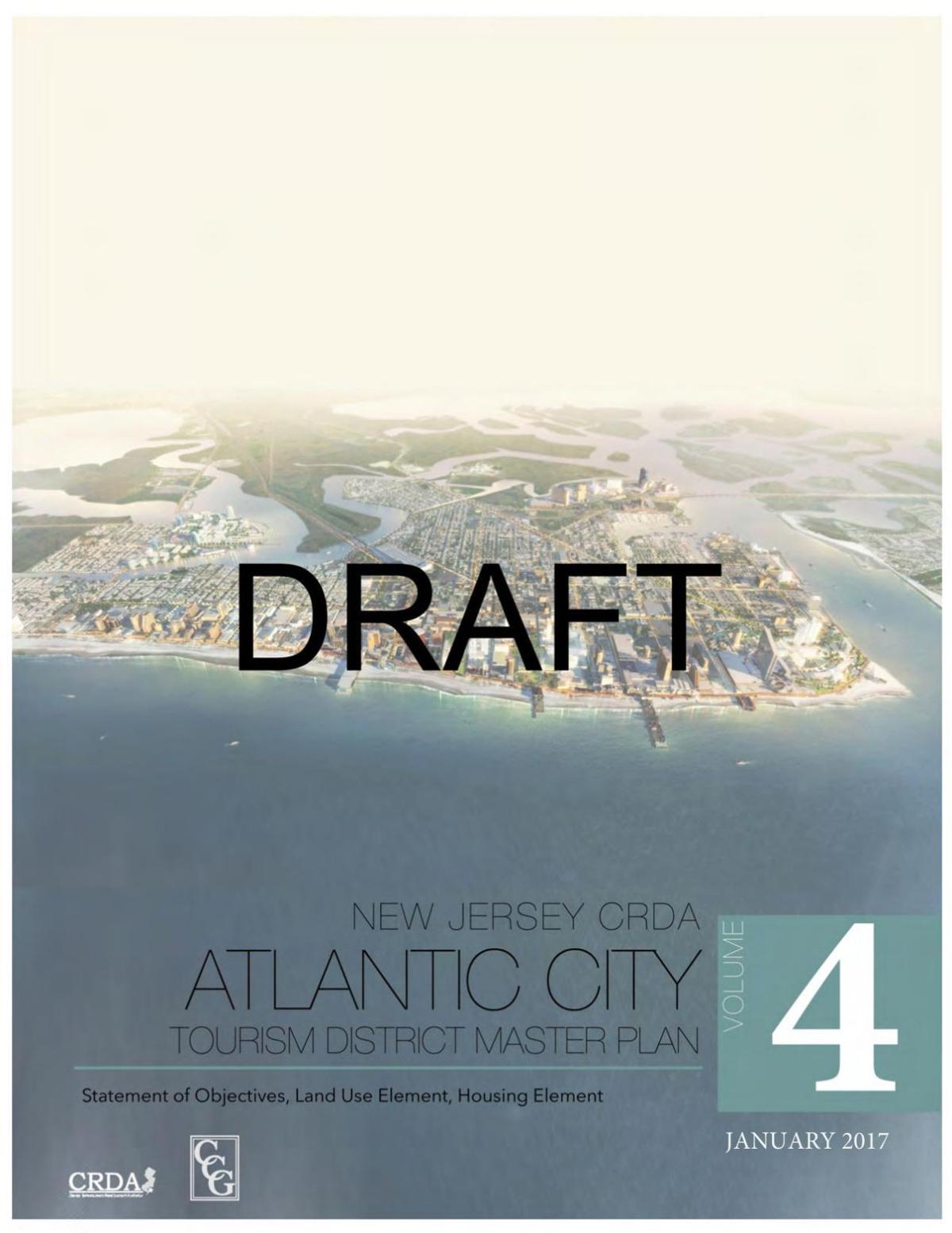 The authority was given control of the Tourism District in 2011, when the state increased the authority’s power. The district includes the entire Boardwalk, the Marina District, Gardner’s Basin and 10 roads that lead into the district, including several on the city’s northern end. The rest of the city falls under the city zoning jurisdiction.

Officials hope the moves will help facilitate development in the Southeast Inlet. Under the proposal, mixed-use development as well as restaurants and parks would be a permitted use.

“If we talk 10 years ago and we talked about the South Inlet, most people saw it as a Miami Beach with high-rises that would go from Revel all the way up to the Brigantine inlet,” said Mayor Don Guardian, a member of the authority’s board of directors. “That has changed, and if you are looking for millennial or college-age people, they are looking at urban areas where they can walk to places. They want to walk home from places.”

The proposed land-use regulations’ 25 objectives include providing a zoning scheme to increase development and maintain public confidence in the casino industry as a unique tool of the city’s urban redevelopment.

“This is the step in the right direction,” Councilman Frank Gilliam said during the hearing. “It gives the people a view of what the city could be.”

In addition to the public hearing Monday, the state agency plans to host a hearing from 6 to 9 p.m. March 29 at the Convention Center. The agency will accept comments from the public in writing through April 10. Comments should be addressed to Lance Landgraf, director of planning, by mail at 15 S. Pennsylvania Ave., Atlantic City, NJ 08401 or by email to llandgraf@njcrda.com.

The board will consider adopting the plan during its April 18 meeting.

The past three years haven't been kind to Atlantic City. Five casinos closed, the city found itself in a $100 million budget hole with nearly …

ATLANTIC CITY — The City’s Planning and Development Department will host a noon time talk today on buying and developing in the resort.

ATLANTIC CITY — For one developer, 10 four-bedroom townhouses on Chalfonte Avenue for $500,000 was a deal too good to pass up.

ATLANTIC CITY — The Casino Reinvestment Development Authority will be meeting at 2 p.m. Tuesday to discuss several issues, including spending …

CRDA to cut 15 percent of staff after loss of funding

How Revel's design broke the mold that brings casinos success

ATLANTIC CITY — The crafters at Gardner’s Basin may get one last summer to stay open before they’re forced to leave the site forever.

ATLANTIC CITY — For the 20th year, the people who try to give visitors pleasant memories of their stay in the resort were treated like royalty…

Started working in newsrooms when I was 17 years old. Spent 15 years working for Gannett New Jersey before coming to The Press of Atlantic City in April 2015.