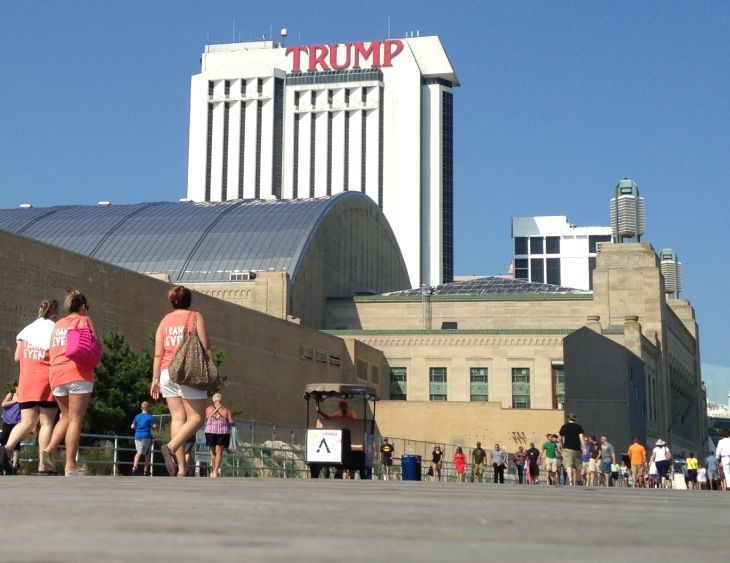 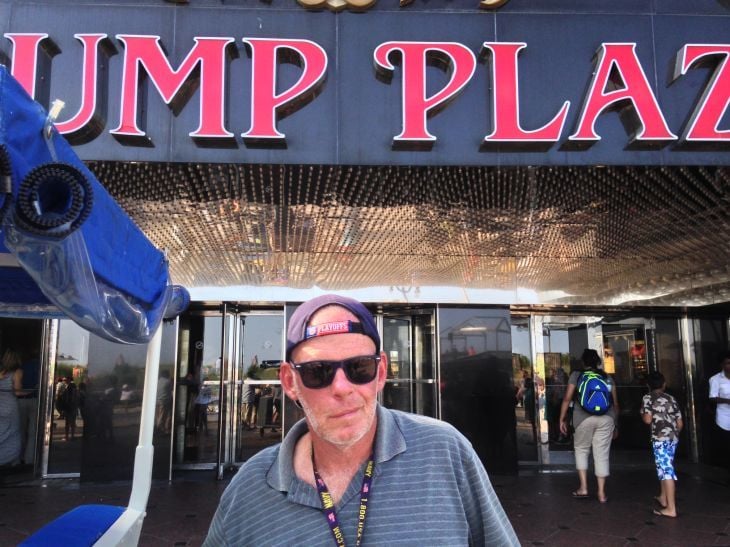 Rolling chair pusher Ludwig Lomberk, 50, of Atlantic City, said revenues have steadily declined over the past decade, and now chair-pushers find themselves constrained by more casino closings at the perimeter of the resort’s Boardwalk. 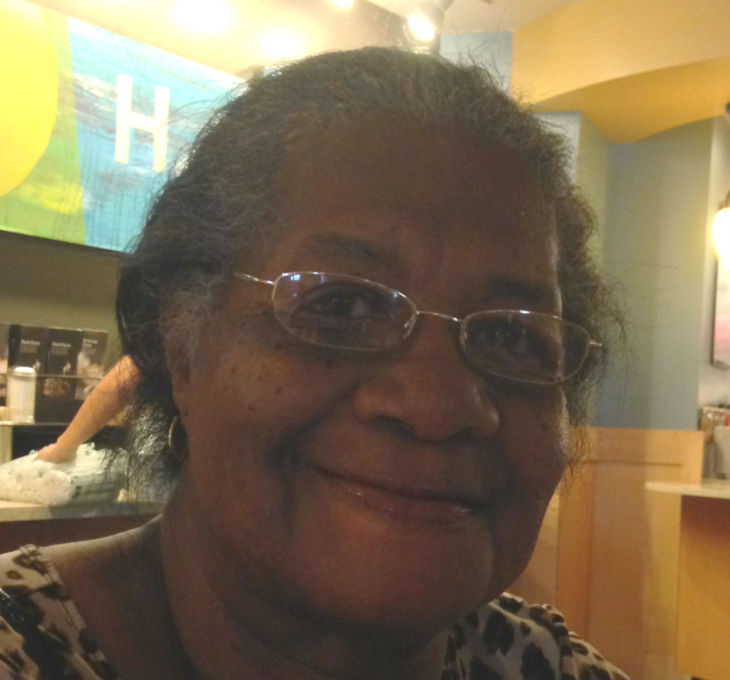 Louise Moore, 75, Lindenwold, Camden County, said she would miss Trump Plaza Hotel and Casino and Showboat Casino-Hotel if they closed.

Rolling chair pusher Ludwig Lomberk, 50, of Atlantic City, said revenues have steadily declined over the past decade, and now chair-pushers find themselves constrained by more casino closings at the perimeter of the resort’s Boardwalk.

Louise Moore, 75, Lindenwold, Camden County, said she would miss Trump Plaza Hotel and Casino and Showboat Casino-Hotel if they closed.

One in four people employed by Atlantic City’s faltering casino industry could lose their jobs by this fall as the owners of Trump Plaza Hotel and Casino confirmed Saturday that it could join three other properties in closing if a buyer is not found.

Experts say the impact of losing an estimated 7,800 jobs since the January closing of the Atlantic Club Casino Hotel would ripple across the region and hurt the resort’s marketing efforts in an already stagnant economy.

“Can you imagine trying to sell the Boardwalk as a destination when every third or fourth 70- or 80-story high-rise is vacant?” asked Deborah Figart, a Richard Stockton College economics professor who has extensively researched the local casino industry. “I’m so afraid of blight returning to Atlantic City.”

Trump Entertainment Resorts told The Associated Press that while a final decision about Trump Plaza hasn’t been made, it expects the casino to close Sept. 16. Notices warning more than 1,000 employees will go out Monday.

The casino, which opened in 1984 under the tutelage of its namesake, Donald Trump, joins Revel Casino-Hotel and Showboat Casino Hotel in announcing closings at the end of the summer tourist season. The latter two properties employ about 3,100 and 2,100 people, respectively. Atlantic Club’s closing, meanwhile, left about 1,600 without work.

“It’s a disaster,” said state Sen. Jim Whelan, D-Atlantic, who first reported Trump Plaza’s rumored closing Friday. “This is going to impact all sectors of the economy, from big stores to real estate values and on and on.”

Labor officials have called upon state officials to do something to head off the “pending catastrophe” as the workers they represent reeled from the latest blow to their livelihoods.

“We are going to do whatever it takes to stand with these workers and fight for the future of south Jersey,” Bob McDevitt, president of Local 54 of UNITE-HERE, said in a written statement Saturday.

Analysts say the closings could relieve pressure on Atlantic City’s other eight casinos amid increasing competition from newer casinos in neighboring states. But even that glimmer of hope remains uncertain, as some factions of the state Legislature have lobbied for a casino in North Jersey.

“I don’t see how that does anything but hurt Atlantic City,” U.S. Rep. Frank LoBiondo, R-2nd, said Saturday. “No one’s explained to me how Atlantic City is protected if the state Legislature moves forward with that.”

If buyers aren’t found for the three properties, their estimated 6,200 workers would be without jobs at the start of the normally lean shoulder season. That would have a serious impact on unemployment rates that, as of May, were at 14.9 percent and 10.3 percent in Atlantic City and Atlantic County, respectively.

And, since casinos have been the backbone of the local economy since their introduction in 1978, the effect of so many workers joining the ranks of the unemployed would ripple outward across many other sectors.

“It affects where they buy Friday night pizzas with their families, where they do their dry cleaning, where they shop for groceries, where they volunteer and the religious organizations and charities they donate money to,” Figart said.

Tom Woodruff, president of the Atlantic City Jitney Association, said his business — which relies on tourists hopscotching from casino to casino — has decreased 40 percent in the past two years. That trend has forced the Jitneys to expand service to Atlantic City International Airport and into resorts in Cape May County to stay afloat.

Something has to change about how the city markets itself, he said, and leaders must be critical of what they’ve done so far.

“This is something that falls on everybody,” said Woodruff, a lifelong South Jersey resident who’s been with the association 10 years. “We’re in panic mode right now.”

Meanwhile, a number of projects that officials had hoped would lead to job growth, from the planned NextGen aviation park to a windfarm offshore, have languished in development.

“With this tidal wave of bad news, it’s going to be important for all of us ... to work together,” LoBiondo said, noting that Stockton’s recent involvement in the aviation park is one bright spot. Another is the increase in flights out of Atlantic City International.

William Hughes Jr., who’s running for Congress against LoBiondo, said more must be done before the regional economy is “catapult(ed) ... into an economic catastrophe.”

Speculation about the cause of Atlantic City’s succession of bad news this year has run rampant, but industry watchers say the closings aren’t the result of any one problem.

Israel Posner, executive director of Stockton’s Lloyd D. Levenson Institute of Gaming, Hospitality and Tourism, said a lot of it boils down to supply and demand. Across the mid-Atlantic, there are too many casinos and too few gamblers.

Adding a casino to North Jersey would only exacerbate the problem, Posner said.

“You’re still looking at a $6 billion market,” he said. “Just because you add more seats on the bus, doesn’t mean you have more passengers.”

Some have pointed to the 2012 opening of Revel as one contributing factor, but Posner said blaming one casino for the problem is narrow-minded. By 2012, he said, the market was already suffering from competition in neighboring states.

According to state Division of Gaming Enforcement data, Atlantic City’s casino revenue has fallen about 45 percent since its peak of $5.2 billion in 2006.

Posner said the Trump announcement wasn’t surprising because the casino was the weakest in the Atlantic City market. It was no secret that its owners had been trying to sell, he said.

“Of course, you’re always planning to turn it around, but you get to a point that the balance sheet can’t sustain that type of loss,” he said. “There’s that old cliche: You have to cut your losses.”

Trump had previously sent out layoff notices in March 2013 when a $20 million sale was pending. That sale was ultimately put on hold, but in May the property reported its biggest decline in gambling win. It reported about $4 million, a 26 percent decline from 2013.

Last year, Trump won less than $73 million from gamblers, placing it last of the 12 casinos in existence at the time.

“There’s no magical tipping point for this year,” Figart said. “It’s just an accumulation of the last two or so years of decline.”

Most business are able to weather a certain amount of instability, she said, but the modern casino industry is less inclined to do that. Unlike in previous eras, many of the casinos are managed by private equity firms instead of local managers who rose through the ranks.

“They’re trading companies like they’re trading stocks,” she said. “If the profits aren’t high enough for them, they’ll just take their marbles and go elsewhere.”

Out on the Boardwalk

At Trump Plaza on Saturday, the brass-and-glass accented casino seemed little changed from the glory days of hosting Mike Tyson and Michael Spinks’ heavyweight battle at the adjacent Boardwalk Hall a quarter-century ago.

Inside, Louise Moore sat in Starbucks drinking an iced tea, after treating herself to the slot machines. The 75-year-old from Lindenwold, Camden County, said she had seen a television report about the possible closing.

“I think it’s terrible,” she said. “Why are they closing them?”

Outside, rolling-chair pusher Ludwig Lomberk said January’s closing of the Atlantic Club and the possible closings of Showboat and Revel have cut deeply into the resort’s rolling-chair business.

“We used to have the ability to pay our bills, work winter and summer, but now?” the 50-year-old asked. “I’d like to get out, but there are no jobs. And then there’s my age.”

The Associated Press and Staff Writer Derek Harper contributed to this report.

Expect Trump Plaza Hotel and Casino to close in mid-September, a spokesman for the casino said Monday. It was third time in less than a month …

Showboat Atlantic City will host mini job fairs in coming weeks to aid workers who may lose their jobs if the casino closes Aug. 31.

Trump sues to get name off Atlantic City casinos

ATLANTIC CITY — Donald Trump has a message for the two Atlantic City casinos that still bear his name, five years after he gave up anything to…

In response to the anticipated closures of three casinos Local 54, which represents casino workers, announced plans to open a resource center …

History of Casinos in Atlantic City