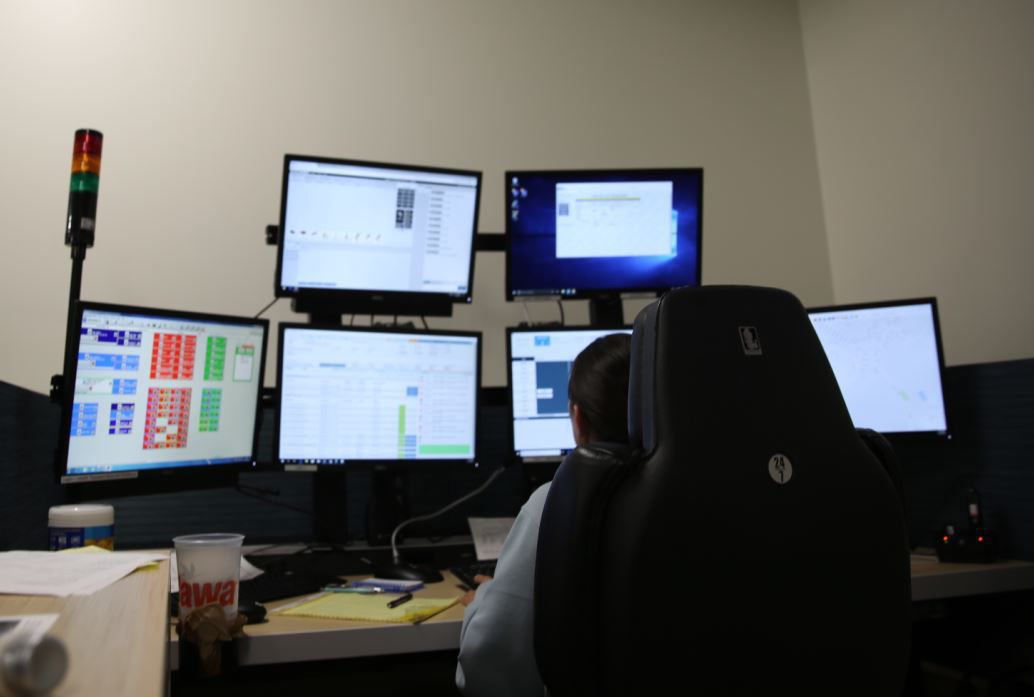 Cape May County launched a centralized dispatch center in June that so far accommodates Lower Township, Avalon and Stone Harbor. 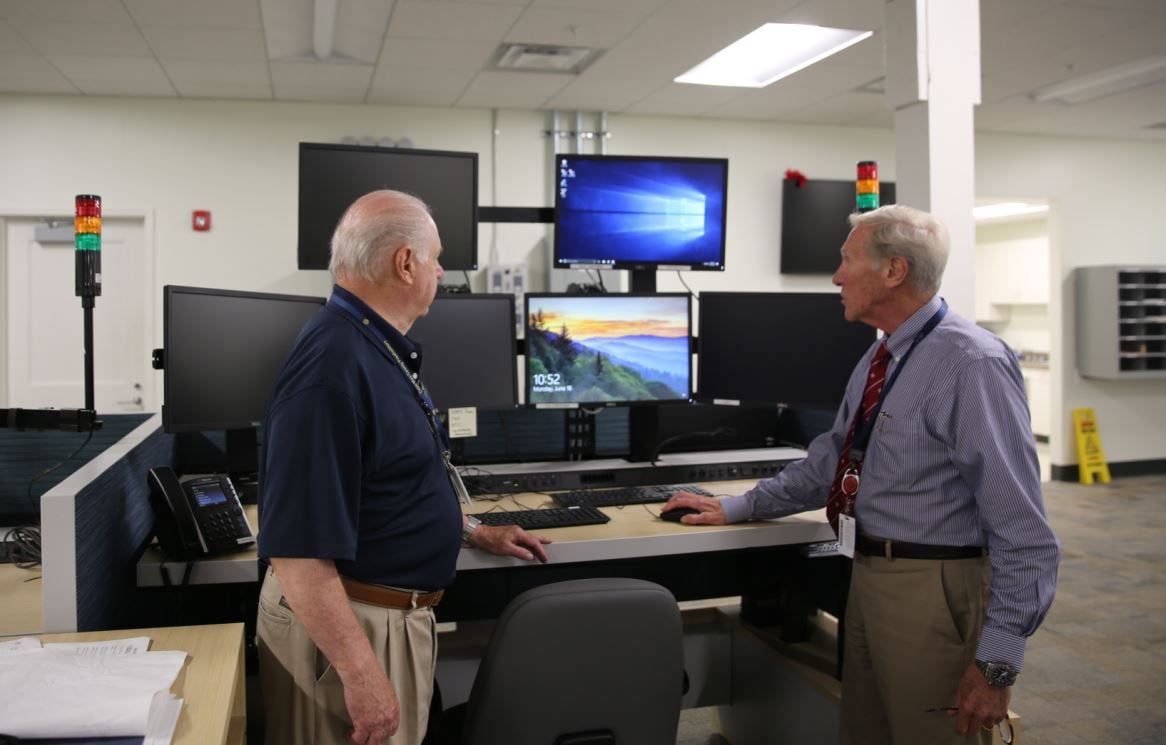 Cape May County launched a centralized dispatch center in June that so far accommodates Lower Township, Avalon and Stone Harbor.

LOWER TOWNSHIP — After years of planning and $6 million spent on renovations and equipment upgrades, Cape May County officially launched its centralized dispatch center at the Lower Township Public Safety Building at the county airport.

The county moved its emergency management offices and dispatch center out of the basement of the library in Cape May Court House and into the new center. With the new system, response times and organization among police, fire and emergency medical departments will improve and enhance overall public safety, county officials say.

But the trick will be getting all 16 municipalities to buy into the idea and join the system.

So far, Avalon and Stone Harbor have joined with fire and EMS personnel. Lower Township has joined with police, fire and EMS. It also serves the county Sheriff’s and Prosecutor’s offices.

County officials say they expect more towns to join now that the site is operational.

“This is something that we have talked about for years, and I’m very happy to see this going,” county Freeholder Director Gerald Thornton said. “We are one of the last counties in the state to get this, but it is something that will definitely improve public safety and reduce costs.”

The center has seven operational dispatch stations, but there is room to expand to 26, said Martin Pagliughi, director of the Office of Emergency Management.

The system is compatible with the 700 MHz Public Safety Spectrum, to which some county municipalities upgraded for dispatch, and the older “trunked” radio system, which other towns still use.

Thornton said they decided to make it compatible with different types of radio systems so towns that wanted to join were not forced to upgrade right away, which can be expensive.

Pagliughi said eventually the whole state will use 700 MHz.

The center also includes Next-Gen 911, which allows people to text in their emergency.

“It could take a few months for (a town) to transition into the system because you need an ordinance and transition of employees,” Thornton said. “But the transition of (the towns) currently involved was very smooth.”

Other towns in Cape May County have expressed interest, but many are taking a wait-and-see approach before giving up their own emergency dispatch centers.

“I think it’s a good concept, and I am glad to see the county has taken these steps,” Middle Township Police Chief Christopher Leusner said, adding he has visited centralized dispatch sites in Camden and Monmouth counties. “We’re going to give it consideration, but we want to see how this all works out first.”

Towns that join pay based on a formula of how many emergency calls they get in a year. For example, Lower Township will pay more than Avalon because Avalon is not crowded during several months of the year.

Lower Township pays about $600,000 a year for dispatch in the new system, which is about $160,000 cheaper than what they were paying before, Thornton said.

If another municipality of the same size enters the new system, that town and Lower Township will pay $500,000.

“The costs will be spread around once more towns join in,” Thornton said. “This is an opportunity to save money and provide tax relief.”

Thornton also said he believes having the whole county involved will be best for public safety, pointing to the fact that several individual dispatch systems went dark during Hurricane Sandy in 2012.

Pagliughi said it also could cut down on confusion in a major emergency, citing reports of radio failure between the Broward County Sheriff’s Office and the Coral Springs Police Department when responding to the February mass shooting at Marjory Stoneman Douglas High School in Parkland, Florida.

But getting all the towns on board could be difficult.

In 2016, Atlantic County abandoned plans for central dispatch after getting few takers among its municipalities.

Atlantic County Executive Dennis Levinson said towns were interested in the idea, but interest waned over the time it took for the county to put a plan together.

“Unless the state of New Jersey puts down incentives for cooperation and penalties for not cooperating (with shared services), it’s going to be extremely difficult to get over the home-rule mindset,” Levinson said. “The county wants to do it, I want to do it and the freeholders want to do it, but we don’t rule by decree.”

Local lawmakers supported some, but not all, of NJ's new gun laws

Some say a package of laws Gov. Phil Murphy signed this past week will reduce gun violence a…

State Sen. Chris Brown is calling on Gov. Phil Murphy to sign an executive order that would keep casinos and racetracks in New Jersey open in …

Cape May County library- courthouse location to close for one day on Sept. 4

There will be a single day closing at the main branch of the Cape May County library next week.

LOWER TOWNSHIP — Six months after launching, a handful of dispatchers work in the new Cape May County dispatch center, but around them are emp…

Central dispatch working in Cape May County -- what about Atlantic?

Countywide emergency dispatch systems have many advantages over each municipality handling its own emergency communication for police, fire an…