Virus update: View 9 charts that track COVID-19 spread in our state and nation

The $50 million South Jersey scheme to defraud the state’s health benefits plan has victimized not just health insurers but also the average consumer.

Nearly two dozen locals have admitted their roles in the fraud case, and seven were indicted earlier this month in a case authorities say used public employees to dupe the state’s health benefits plan into paying for unnecessary prescriptions.

The case, one of many like it being prosecuted across the country, underscores the lure of state-funded health insurance programs. Also clear is that the costs will be borne by the average user.

Health care fraud leads to increased insurance premiums as the cost of the fraud is passed on to consumers, a decrease in coverage for certain medications and a bad reputation for compounded medications.

“The cost is invariably pushed on to the public,” said Tracy Thompson, acting insurance fraud prosecutor for the New Jersey Office of the Attorney General.

Whether you’re one of the 800,000 public employees with state benefits or among the millions of New Jersey residents with private insurance, health care fraud will have an impact on everyone who has insurance.

New Jersey isn’t the only state where this form of prescription fraud is being prosecuted.

Over the summer, then-U.S. Attorney General Jeff Sessions announced the largest takedown ever for health care fraud with more than 600 defendants across 58 federal districts charged for their alleged participation in health care fraud schemes involving about $2 billion in false billings. That case included a former gym owner from North Jersey, who admitted to taking part in an almost identical scheme to the one that occurred in the southern part of the state.

The arrests last week of seven area residents, who all pleaded not guilty, in the ongoing fe…

When the local health care fraud scheme came to light in 2017, public records requests revealed a substantial increase in the prescription costs billed to Margate’s health insurance plan by its members.

Because those prescription costs are incurred by the insurer and not necessarily passed onto the consumer immediately, it makes the impact of the fraud seem less severe. Premiums haven’t increased substantially for city employees, Margate Mayor Mike Becker said.

Instead, they trickle down.

Thompson said defrauding the health care system does not yield a “tit for tat” effect, but any budgetary shortfalls due to fraud are eventually passed to the consumer.

Companies have responded to fraud with increased scrutiny on prescription coverage.

In 2015, health insurers began to scale back their coverage of ingredients used in compounded medications due to this type of fraud, said Keith Hartman, 47, of Galloway Township, owner of the Egg Harbor Township compounding pharmacy Curexa. 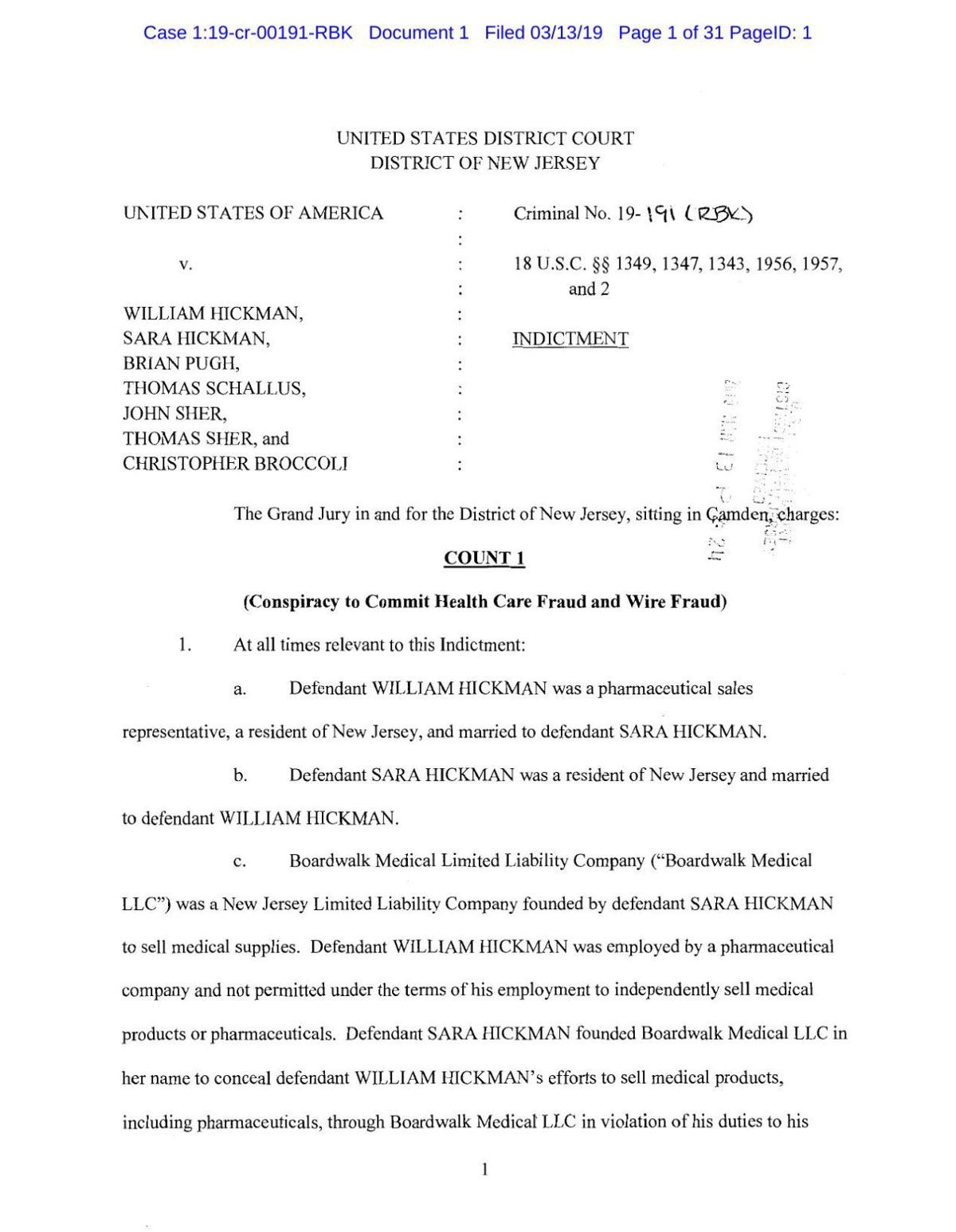 “Most of the compounds were made using ‘bulk powders’ and/or specific ingredients, so we monitored the use of those ingredients and, where appropriate made changes to the reimbursement model to bring those rates more in line with rates for other mass-produced medications,” Vincz said. Through a special investigations team and collaborations with law enforcement to combat fraud, Horizon was able to save members and the state “tens of millions of dollars annually in money recovered,” as well as losses avoided through early detection, he said.

New Jersey health policy expert Joel C. Cantor said insurers already put a fair amount of resources into forensic accounting to avoid this type of fraud and he doesn’t see any immediate implication from the latest example, except from the average consumers’ pockets.

“It’s an expense that goes to the bottom line, meaning we end up paying it in our premiums,” said Cantor, professor of public policy and founding director of the Center for State Health Policy at Rutgers University in New Brunswick.

He said the temptation by unscrupulous providers to overprescribe requires vigilance on the part of insurers and patients.

CAMDEN — The couple authorities pegged as ringleaders in the ongoing $50 million health benefits fraud case are slated to appear in U.S. Distr…

CAMDEN — A federal judge Friday did not release any of the $1.6 million seized as part of the investigation into a Northfield couple alleged t…

South Jersey is one of the less populated areas of the state and a tiny portion of America. Yet in just the past couple of years, it has seen …

MARGATE — Mayor Michael Becker and the two other incumbent commissioners were re-elected in the city’s nonpartisan election Tuesday.