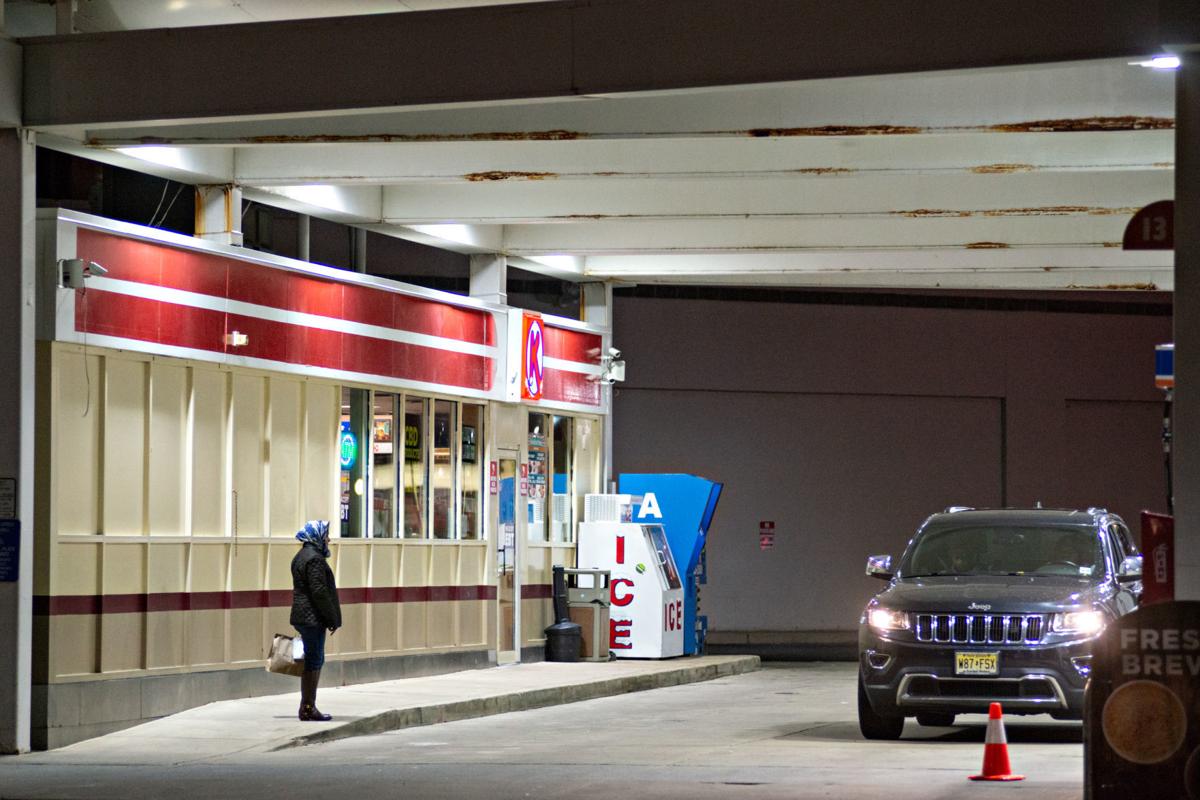 The Circle K on Arkansas Avenue in Atlantic City was where El Joshua allegedly met three women and offered them food and drugs, eventually kidnapping them and forcing them into prostitution out of his Mays Landing home, authorities have said. 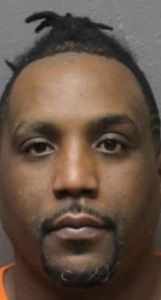 For weeks, Michelle Kaighn thought her daughter might be dead.

The 20-year-old ran away from an Egg Harbor City drug rehabilitation house with at least two other women around mid-October, Kaighn said. Then Kaighn’s daughter suddenly stopped answering phone calls.

The three women ended up at a Circle K gas station in Atlantic City, where they met El Joshua, a 36-year-old man who offered them food and drugs, according to Kaighn. Joshua allegedly forced the women into prostitution out of his Mays Landing home. He was arrested Feb. 21 and charged with human trafficking, with his next court appearance scheduled for Tuesday. 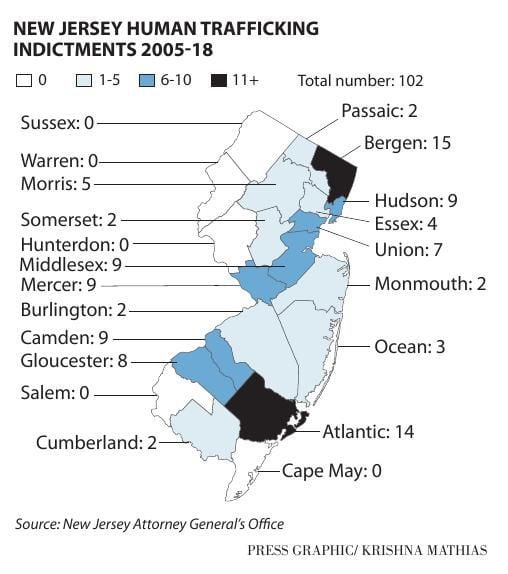 It’s a case that exemplifies how sex trafficking can thrive around Atlantic City, a resort town built on catering to vices and where a seasonal tourism industry lends itself to the often misunderstood crime. Traffickers take advantage of the area’s many hotels and use force, drugs and coercion to prey on vulnerable victims, experts say.

Atlantic County Prosecutor Damon G. Tyner said in a news release after Joshua’s arrest that human trafficking “is a serious problem that plagues our community.”

“Whether through prostitution or other forms of forced labor, such as restaurants and nail salons, we as a community must recognize the signs and report suspected incidents to law enforcement immediately,” he said.

The Prosecutor’s Office declined to be interviewed for this story.

Kaighn said her daughter has a drug addiction, and Joshua fed it. He arranged “dates” for the women at casinos and along Atlantic Avenue in exchange for drugs, court documents show.

“She’s not the same girl as before,” Kaighn said of her daughter, whose name is being withheld because she received threats from Joshua. “My kid will never be the same”

Atlantic City can be a hot spot for such activities, said FBI Special Agent Dan Garrabrant, who has 14 years of experience working human trafficking cases. He is part of the Human Trafficking and Child Exploitation Task Force, an FBI unit that tries to arrest those who force people into prostitution.

It’s a crime that’s evolved with the times.

Street prostitution and trafficking were more open in the early 2000s, he said. But the stereotypical image of women offering sex for payments on corners has changed with the advent of the internet. Now, traffickers set up dates for their victims online, making it harder for officials to investigate.

For years, the FBI could locate 25 to 50 minors a year who they thought were involved in human trafficking in South Jersey, Garrabrant said. That number has decreased in recent years.

Garrabrant described sex traffickers as “incredibly good talkers” and “a step above a con man.” They assess potential victims to see whether they would make good workers and use fear, fraud, force and coercion to control them.

Their victims are vulnerable men and women of all ages, races and incomes, he said, who need basic food and shelter or have substance abuse issues. It becomes difficult for victims to break the cycle of abuse and dependence, he said.

Traffickers usually tightly control their victims, Garrabrant said. He recalled one case in which a woman made $1,000 in a night but had to ask permission from her trafficker to buy a bottle of water.

In 2017, three Massachusetts residents allegedly brought a 23-year-old woman to Atlantic City and forced her into prostitution. Prosecutors said the suspects initially gave the victim gifts but later took her ID and abused and threatened her. The traffickers once attacked her at the Baymont Inn & Suites Atlantic City Madison Hotel, prosecutors said, in an assault that was caught on camera.

“(There is) a significant psychological component of what we are investigating,” he said. “They convince their victims that they’re doing this for ‘us.’”

Even after victims escape their traffickers, psychological torment may continue.

Beverly Graham-Foy, a former public defender in Atlantic City and a fellow at Covenant House, a shelter for homeless and runaway youth, said it’s common for victims to blame themselves or not view their “pimps” as perpetrators of a crime.

“You can imagine the psychological torture that they go through,” Graham-Foy said. “That’s where professionals and advocates come in. ... They really are victims, even if at the time they may not be aware.”

Two months after escaping Joshua’s home, Kaighn said her daughter is fighting the belief she deserved what happened to her.

“She kept saying she deserves this,” Kaighn said. “I know that’s not true.”

Are you or someone you know a victim of human trafficking?

Call the National Human Trafficking Hotline at 888-373-7888 or email help@humantraffickinghotline.org.

MAYS LANDING — Just as winter weather creeped in, three women said they were sleeping in the…

Man accused of forcing women into prostitution held in custody

MAYS LANDING — Survivors of human trafficking can be children, adults, friends or neighbors …

ATLANTIC CITY — Last year, a registered nurse in Pennsylvania was able to identify a victim of human trafficking because of what she learned d…

MAYS LANDING — A 37-year-old man charged in a 2018 human trafficking case is slated to go to trial next month.