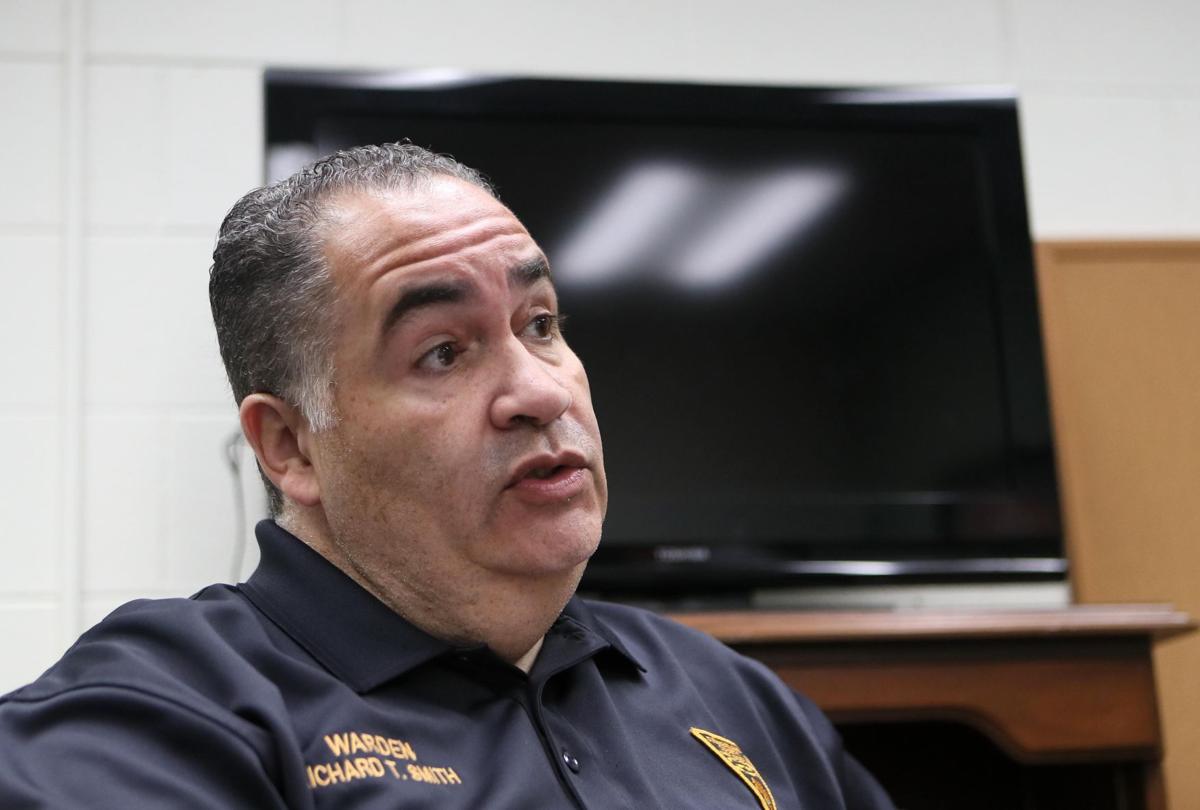 BRIDGETON — When inmates at the Cumberland County jail complain of symptoms related to COVID-19, they’re sent to solitary confinement for two weeks.

“Now everybody is kind of scared to say they might have it because they might get stuck in the hole for 14 days,” said Kristal Clark, whose father is housed at the facility. “It’s not like you’re getting treated any better, it’s actually worse. I don’t believe they’re being tested.”

Jail and county administrators have been largely silent on the effects the new coronavirus have had on the facility, ignoring multiple requests from The Press of Atlantic City for data on the total number of jail employees and inmates who have been tested for the disease.

However, union officials and county Freeholder Jack Surrency have called for reforms to the jail due to the pandemic, including hazard pay for officers, weekly testing for the new coronavirus and reporting for officers, staff and inmates, and strict enforcement of state protocols.

State officials have confirmed there is no centralized dashboard or accounting of COVID-19 cases in jails, and county officials are not formally obligated to report testing data to the DOC, leaving them to develop their own pandemic response policies and procedures. Counties oversee jail, the state oversees prisons.

However, union officials representing the corrections officers said they would welcome the state to the facility, even as jail Warden Richard Smith said no jail in the state has done more than his to protect inmates and staff.

So far, officials have confirmed 14 cases in employees and none in inmates. Officials reported those cases in May, a week after Smith sent an email to The Press stating “we do not have 14 officers who are positive for COVID-19.”

Friction continues to grow between jail administrators and the corrections officers union, who say they are fighting for transparency to protect not only the officers but also the inmates and the community outside the jail during the pandemic.

“The inmates are complaining about some not being able to smell or taste, some are just asking for tests; from there, we don’t know where it goes because we’re completely out of the loop,” said union President Victor Bermudez, confirming inmates are taken to solitary confinement if they exhibit symptoms. “It’s a definite deterrent because they’re locked in for 24 hours and they get out for only a shower. They don’t get to use the phone. It’s a definite deterrent from getting the right count of who’s sick and who’s not.”

Bermudez, who is on paid suspension pending termination from the facility after officials allege he violated an inmate’s health privacy rights in April, represents about 132 officers at the jail.

In an email May 27, county Deputy Administrator Jody Hirata said no inmates had tested positive and there were no inmates with symptoms, but she did not address the total number of inmates tested, saying, “If an inmate has symptoms of COVID, then they are tested ”and that anyone suspected of an active viral infection will be isolated.”

The Press submitted an Open Public Records Act request last week to the county clerk for invoices showing personal protective equipment, cleaning services and testing. In an email shortly after the request was submitted, Hirata said that she was made aware of the OPRA by the county solicitor and “going forward I will not respond to your emails.”

Bermudez said it’s time for the state to step in.

“We would invite with open arms the state and the Department of Justice, because it’s a civil rights issue on behalf of the inmates, but we’re also fighting for transparency,” he said.

Other South Jersey jail administrators have been open to requests about testing. Atlantic County officials said Wednesday that, to date, they have tested 11 inmates, with two confirmed positive cases. Twenty staff members have also tested positive, with the last known case April 16.

John Clark, 61, of Millville, is detained and awaiting trial on drug and weapons charges from June 2019.

“They don’t have a choice. They are in a confined environment, and it can run rampant,” his daughter said. “So the fact that guards tested positive and inmates haven’t been tested, there have to be inmates that have tested positive.”

In April, attorneys for PBA Local 231, the union that represents the jail’s corrections officers, filed a civil lawsuit alleging jail officials failed to develop policies and provide necessary equipment for corrections officers ahead of the pandemic. Smith, along with Deputy Warden Charles Warren, the county, the county freeholder board and its members are named in the suit.

The package of reforms Surrency submitted to the freeholder board May 12 was voted down at the subsequent meeting, and county Freeholder Director Joseph Derella said action on the resolutions was postponed to allow for Surrency to provide information to the board, saying he provided “four poorly worded and researched resolutions for the board’s consideration without supplying any of the information necessary for the board to discharge its duty to the public to intelligently consider and vote on those resolutions.”

Smith spoke during a virtual town hall with the state attorney general Wednesday about transparency and accountability between law enforcement and the community. He decline to answer a question from a Press of Atlantic City reporter about why he hasn’t provided requested data about COVID-19 testing in the jail.

Smith did, however, reply to the question via email, saying inmates are safe and provided with “exemplary medical services” and none has the disease.

“I invite you to survey other county jails throughout the State of New Jersey in regards to the steps they’ve taken during this historic pandemic, and I am confident that none have done more than what we’ve done in Cumberland County to protect both inmates and staff,” Smith said in an email. “A disgruntled minority of employees, fake news, nor petty party politics will take away from the good work we continue to do at the Cumberland County Jail.”

Clark said she gets to speak with her father nearly every other day, and even though he has a disability, he wasn’t included in releases ordered by the state to mitigate the spread of the disease through county facilities, but seems to be in good health.

“He’s innocent until proven guilty. They’ve let people out of the prisons that are guilty of crimes, and I think they should have done another layer of people,” Clark said. “They’re not testing anybody in there.”

MAYS LANDING — An inmate at the Atlantic County jail has tested positive for COVID-19, count…

BRIDGETON — A Cumberland County Democratic official has called for an apology and, if not, a…

When correctional police officers show up for their shifts at the Cape May County jail, they…

Estella Londono has left her family in awe of her will to fight the past eight months.

BRIDGETON — Police are investigating a Thursday afternoon gunfight on Cohansey Street. At 3:55 p.m., officers responded to the 200 block of th…