Steven Stadler successfully sued the Atlantic City Police Department, claiming he was illegally beaten by officers during his 2013 arrest. 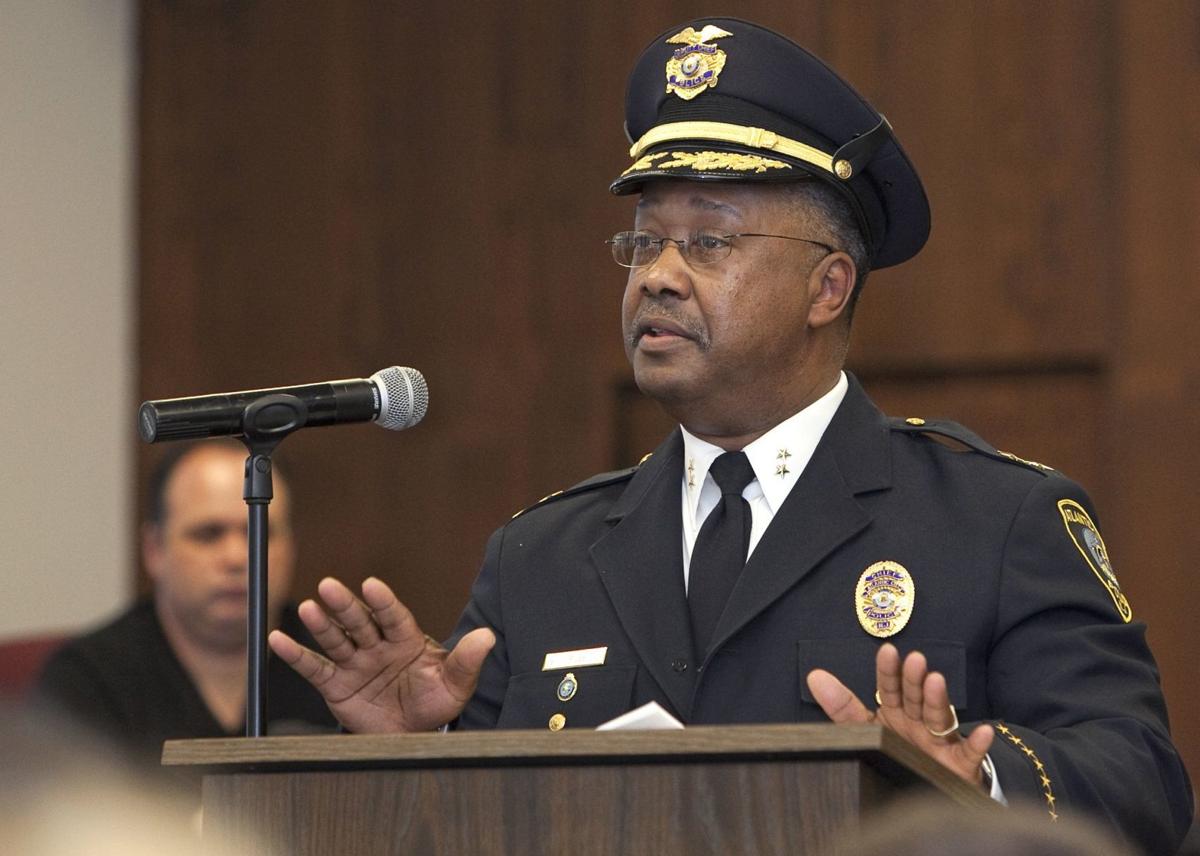 CAMDEN — Former Atlantic City police Chief Ernest Jubilee testified Wednesday in federal court he routinely did not follow up with officers flagged for alleged repeated use of excessive force and no protocol existed to deal with such officers beyond telling them they had been flagged.

Jubilee’s testimony was part of an excessive force case stemming from a lawsuit by Atlantic County resident Steven Stadler, who claims officers illegally beat him and sicced a dog on him after he burglarized a car wash in 2013.

Jubilee was chief at the time. He said he relied on the officers’ direct commanders to tell them they had been identified by the department’s Early Warning System, which flags officers who receive three or more excessive-force complaints in a single year.

The three officers in this case, Glenn Abrams Jr., William Moore and Steve Devlin, earlier testified they were not notified they had triggered the Early Warning System.

When Jubilee heard the officers had not been notified, he paused and responded, “that’s surprising.”

Tracey Riley, an attorney for the three officers, said Stadler and his counsel are trying to muddy the waters of the case by distracting the jury from the Stadler incident.

“The plaintiff is attempting to take the jury’s eyes off of what this case is really about,” Riley said. “Mr. Stadler pleaded guilty to robbing the car wash and to resisting arrest.”

But attorneys for Stadler say the officers felt they could beat up and sic a dog on him because of a culture within the Police Department that turns a blind eye to excessive force complaints.

“We’ve demonstrated that the officers lied about what happened here and that the Police Department does not follow its own policies,” Stadler attorney Jennifer Bonjean said. “We’ve known that for a long time now. … It was only a secret to the public.”

A lawyer for the Atlantic City Solicitor’s Office declined to comment on the case.

Court testimony revealed Wednesday that during Jubilee’s tenure as active and permanent chief, there were 304 completed internal investigations into excessive-force complaints against officers. Only one of those incidents was sustained.

Jubilee admitted computer software meant to assist the Early Warning System in tracking patterns of excessive force was not installed on the department’s computers, but he defended the Internal Affairs Department and its investigations, saying the Atlantic County Prosecutor’s Office reviewed every internal investigation twice before it was finalized.

“As we were working to implement (the software), I had a level of comfort that any misconduct (by officers) would come out during the (internal investigations),” he said.

He added that when the Prosecutor’s Office came back to the department with a recommendation to further investigate the case, the department complied every time.

Later in the day, Stadler’s attorneys called Van Bogardus, an expert on K-9 training who wrote a report on the Stadler case.

He testified it was “unconscionable” that Devlin would release a K-9 on Stadler, especially considering it was three officers against one defendant.

“It was unreasonable, unnecessary and an excessive use of force that does not comport with national standards,” Bogardus testified.

Riley said she will call her own expert to refute the report written by Bogardus.

HAMILTON TOWNSHIP — A Somers Point woman was ejected from her car in a motor vehicle crash Wednesday on Weymouth Road, township police said.

MAYS LANDING — Two Atlantic City men have been indicted on murder and weapons charges in the August 2017 fatal shooting of Deshawn Dawkins, Pr…

Atlantic City police, prosecutors differ on who watches the watchmen

Experts in brutality trial critical of A.C. police K-9 use

CAMDEN — Closing arguments are expected Tuesday after more than a month’s worth of testimony concluded Monday from a Somers Point man, three r…

A federal judge ruled Monday that Atlantic City must pay $678,863 in legal fees to the attorneys for a Somers Point man who won an excessive-f…