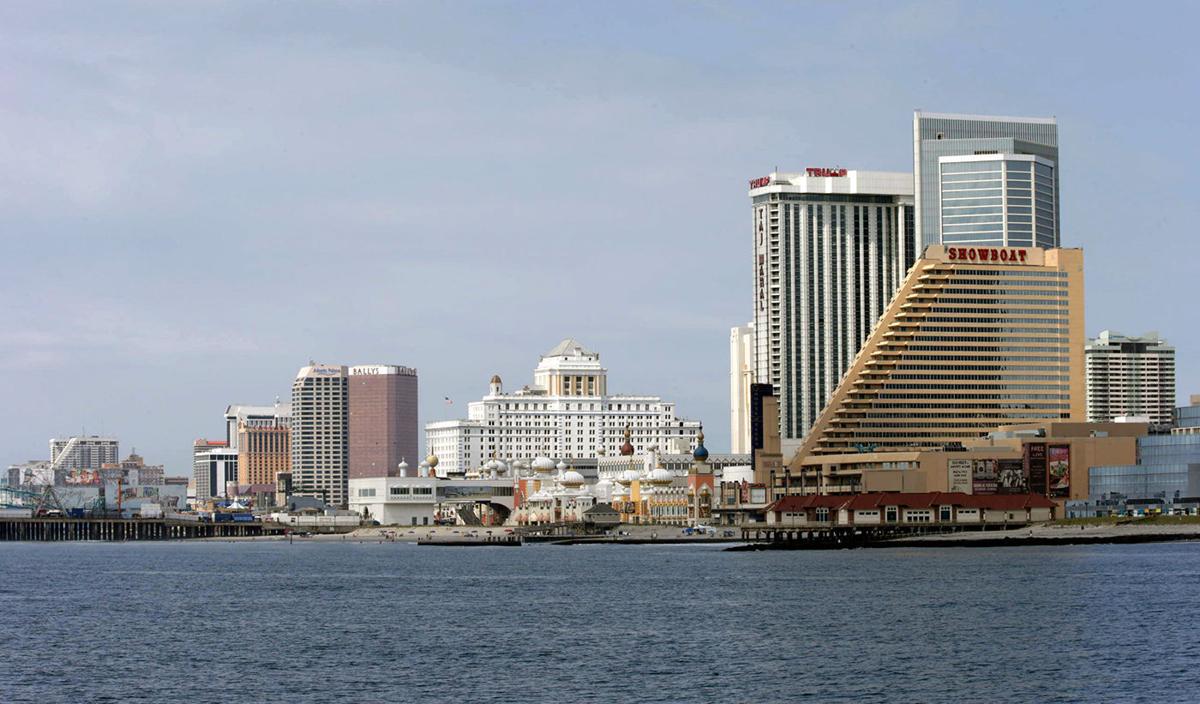 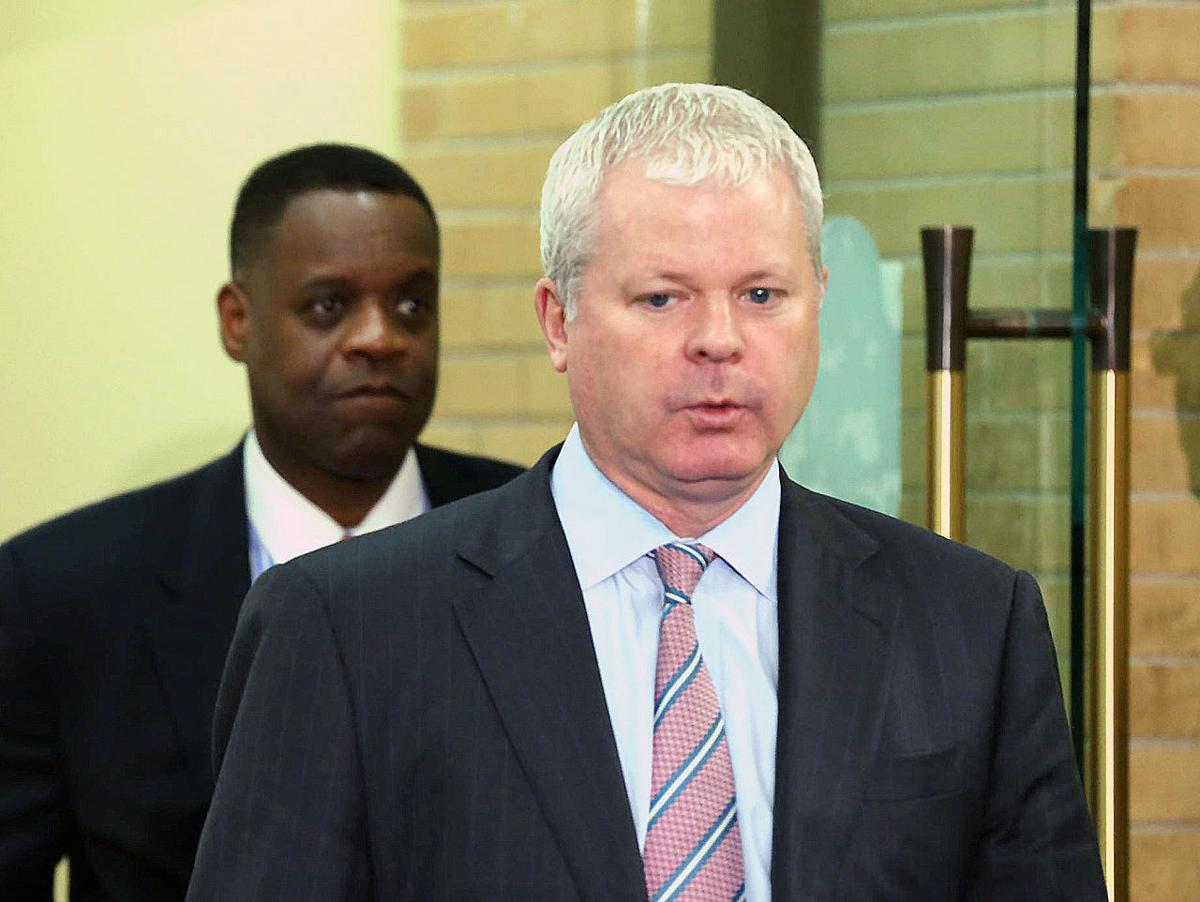 ATLANTIC CITY — In rejecting this city’s plan to avoid a state takeover, a state official spent much time on another road map to recovery, one the city had apparently ignored.

The city, he said, did nothing about Emergency Manager Kevin Lavin’s call to transfer tax assessment to Atlantic County. There was “no information to suggest” the city used Lavin’s idea to explore privatizing fire services. And instead of dissolving its water authority, the city “rejected the Emergency Manager’s recommendation and proposed a structurally flawed alternative,” Richman wrote.

Lavin and his team arrived to much fanfare in 2015, but only produced two public reports after a year of work and a $2.6 million bill to taxpayers. But now that the state has taken over the city, those reports could offer clues to what the state will do.

The second Lavin report suggested dissolving the Municipal Utilities Authority and having Atlantic County help run it. It mentioned monetizing Bader Field and Gardner’s Basin. And it called for outsourcing trash and recycling collection, regionalizing police and privatizing fire services.

“I think something happens with the MUA,” said Sen. Jim Whelan, D-Atlantic, a former Atlantic City mayor. “On the other hand, the notion of a county police force did not seem to be embraced by the city or the county, so I don’t think that’s going to occur. But this is a new deal. Maybe everything gets revisited.”

In addition to Richman’s rejection letter, there is other evidence to suggest Lavin’s reports will play a large role in the state takeover.

The state closely followed prior reports on the resort. The so-called Hanson reports in 2010 and 2014 recommended the state Tourism District, the concept of the casino PILOT law, the creation of Atlantic City Development Corp. and an emergency manager. Those ideas came to fruition.

Ernst & Young, which worked with Lavin, is still under contract to advise the state on the city’s finances. And at the height of the state takeover fight, Gov. Chris Christie said Lavin made a road map to fix the city’s problems. That map, he said, wasn’t being used.

“The city just refuses to follow the road map,” Christie said in May. “If I take over through (Senate President Steve Sweeney’s) bill or some other mechanism, I will benefit by having that road map.”

Since then, the city has made its own fiscal recovery plan that cut 100 more workers through attrition, bonded to pay tax-appeal debt and sold Bader Field to its water authority.

City officials argued it was the first and only plan — not just a report — to save the city. Council President Marty Small said it would be the state’s only playbook in a takeover.

The state scrapped the Bader Field sale, but there are signs that parts of the city’s rejected plan could be used. When announcing that Jeff Chiesa, a close Christie ally, would head the takeover, a DCA statement said he would “pursue financing” to pay down the city’s $500 million debt, an element of the city’s plan.

“Everything that’s been done in the past has informed what the state is going to do now,” said Marc Pfeiffer, assistant director at the Bloustein Local Government Center at Rutgers University. “The state has continued its presence there and there’s been more learning. And the city’s plan provided additional information that needs to be synthesized in. So Sen. Chiesa and his team have a lot to work with.”

Mayor Don Guardian’s spokesman declined to comment for this story. A DCA spokeswoman did not respond to multiple requests for comment.

Talk of what the state will do inevitably turns to what it hasn’t done with increased oversight since 2010.

Assemblyman Chris Brown, R-Atlantic, pointed out there have already been three state summits, two monitors, an emergency manager and other experts that have cost taxpayers nearly $3 million.

“We are left with no plan other than to throw even more taxpayer dollars at another Trenton insider who has no knowledge of Atlantic County, no municipal experience, and refuses to tell us how he plans to fix Atlantic City,” Brown said.

No matter what happens, Atlantic County officials just want a 13.5 percent cut of the $120 million casinos will pay in lieu of property taxes. Atlantic County Executive Dennis Levinson and Mayor Don Guardian agreed in 2015 to give the county that share. But the city’s fiscal plan said the county’s share could change each year, using a 10.3 percent share as a projection. The difference could be $4 million per year for the county, Levinson said.

If the city didn’t renege on the deal, Levinson said, maybe the city would have gotten more support from Atlantic County towns in its political battle against the state.

“I am confident the state will keep their word to the taxpayers of Atlantic County,” Levinson said of the PILOT share.

Christie says he intends to finish term as governor

Gov. Chris Christie said Monday he plans to finish his term as governor a day after meeting …

ATLANTIC CITY — The timing of Gov. Chris Christie’s speech had all the ingredients for a fla…

Now that the state controls the city, what about the water?

ATLANTIC CITY — From the beginning, it’s been about the water.

ATLANTIC CITY — With the 2016 presidential election in the rearview mirror, New Jersey’s may…

ATLANTIC CITY — It was 3:30 p.m. Tuesday, and children at the Boys & Girls Club were getting antsy.

Three years, 100 stories of the Northside

ATLANTIC CITY — A rendition of “Lift Every Voice” spills out onto the sidewalk in front of Dante Hall.

ATLANTIC CITY — Residents of this struggling city have been hit with another property-tax rate hike.

ATLANTIC CITY — The state takeover of this city could be short-lived.

ATLANTIC CITY — The man leading a state takeover of this city met the public Thursday, but didn't have details on plans to fix the city's finances.

ATLANTIC CITY — The city and Atlantic County are still fighting over $4 million.

ATLANTIC CITY — Mayor Don Guardian took a swipe at Gov. Chris Christie Monday morning in the latest potshot in the dispute between the city an…

For A.C. firefighters, a familiar fight over staff, benefits cuts

ATLANTIC CITY — The legal battle between the city’s firefighters and state overseers is just the latest tussle over cuts to the Fire Department.