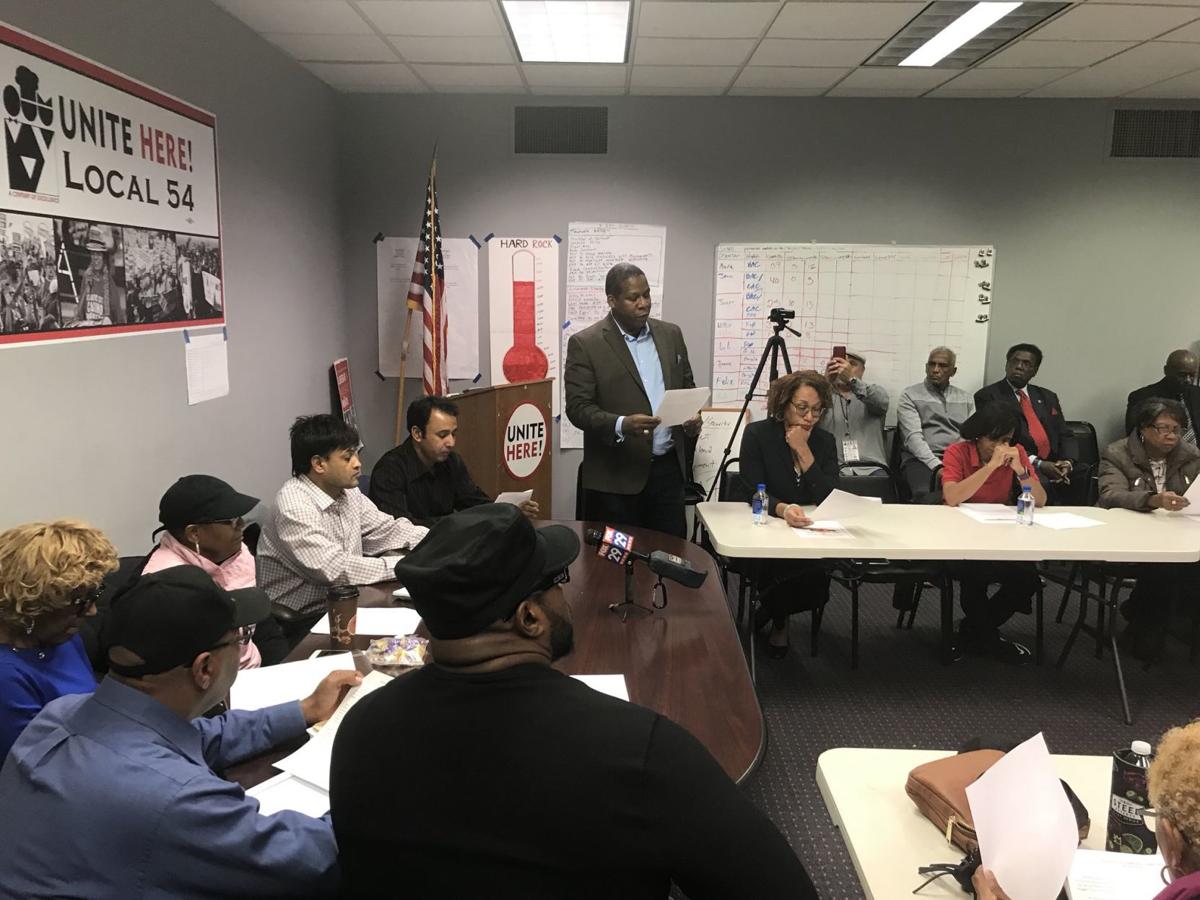 The Atlantic City Democratic Committee, seen here in November 2018, voted to oppose a proposal to change the form of city government and removed Vice Chairman Farook Hussain, seated last at table next to speaker. 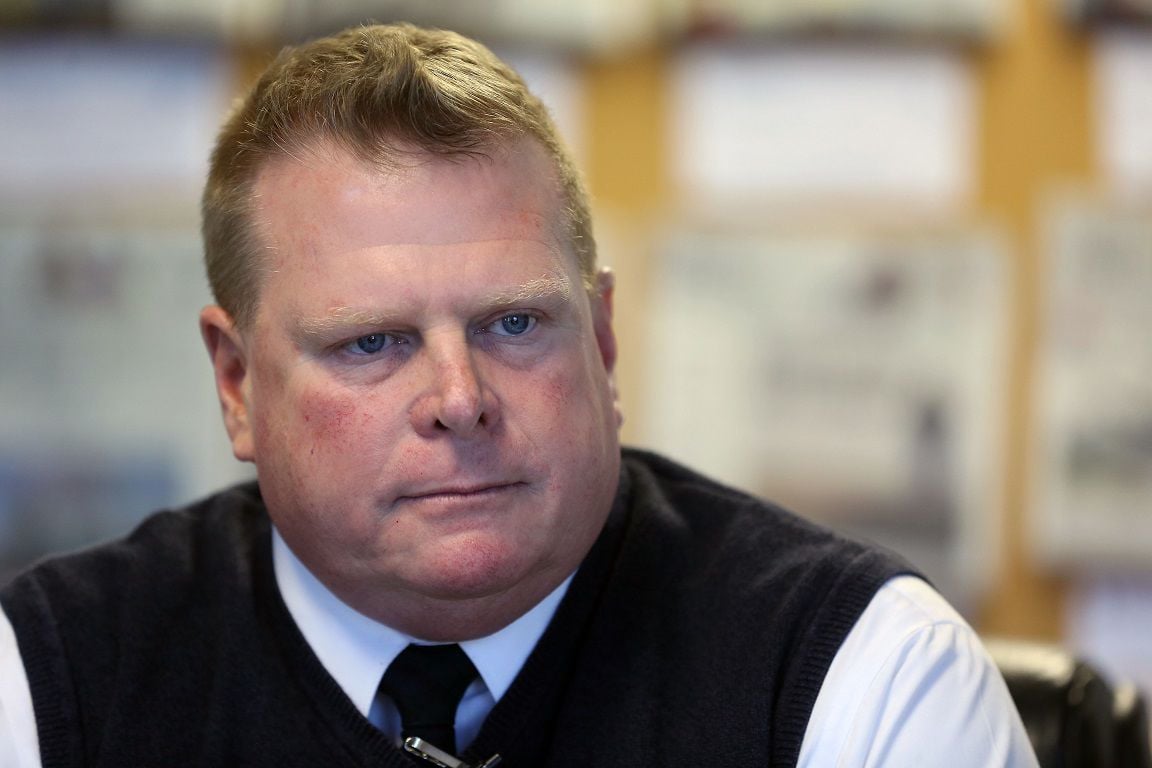 ATLANTIC CITY — The city Democratic Committee has come out against a proposal to alter the form of local government and replaced a ranking member because of his support for the change.

The Atlantic City Democratic Committee voted unanimously Monday night in favor of a formal resolution opposing a petition effort to change the local government from its current mayor-council form to a council-manager format. City Democrats also voted to remove Farook Hussain, who is a member of the Atlantic City Board of Education, as vice chairman of the committee.

McDevitt said the actions taken by the committee demonstrate how nervous some of the members are about their positions.

“Any committee, whether it’s Democrats or Republicans, should be willing to have a discussion about the type of government the people want,” he said.

Their peers in the party thought differently.

“Both of them (Hussain and McDevitt) are elected committee members who are very active in participating in the Democratic Party in Atlantic City,” said Council President Marty Small Sr. “And, at the same time, they were going behind the committee’s back acting as agents for outsiders.”

McDevitt, whose casino and hospitality labor union represents close to 10,000 people in Atlantic City, is leading the petition effort with assistance from former state Sen. Ray Lesniak and Resorts Casino Hotel owner Morris Bailey. The group has formed an organization called Atlantic City Residents for Good Government. A political action committee with the same name has been created as well.

The effort to change the form of municipal government would eliminate a directly elected mayor and replace the position with an appointed city manager. It also would reduce the number of elected council members from nine to five, all of whom would be nonpartisan, at-large representatives.

“People aren’t going to have the opportunity to express what their concerns are,” Callaway Lewis said Tuesday. “We’re not going to have full representation of our communities. As a result, the residents won’t have any voice.”

Hussain was not present Monday night. Callaway Lewis said he was offered the option to voluntarily resign. She said Hussain’s support of the petition effort was a conflict.

“I like the guy, but he can’t sit on the board and be involved in the change of government,” she said.

The formal opposition of the Democratic Committee means it is unlikely the petition effort could employ the services of Craig Callaway — brother of Callaway Lewis — and his absentee-ballot operation.

A successful petition that is certified by the City Clerk’s Office would result in a ballot referendum, possibly as early as August. If the referendum passed, Atlantic City residents would be voting for different candidates in November than those who secured victories in June’s primary election.

Atlantic City is still under state oversight following the 2016 Municipal Recovery and Stabilization Act. The legislation provides the state Department of Community Affairs with final authority over fiscal matters, contracts and ordinances.

The takeover legislation also allows the DCA to treat successful referendum efforts in Atlantic City as advisory, and the state agency has the authority to reject a ballot decision regardless of the electorate’s choice.

There are lots of forms of municipal government possible in New Jersey, which is appropriate given the variety of towns and cities in the stat…

Because of the congressional recess, there will be no regular voting report this week. How your lawmakers voted will return next week.

Trend of low voter turnout in Atlantic City continued in 2019