Protest underway in Atlantic City. Follow along for live coverage.

ATLANTIC CITY — The recent property tax increase has forced city officials to consider new ways of generating revenue, which may bring back a once-dismissed idea.

Mayor Frank Gilliam Jr. agrees with Council President Marty Small Sr.’s proposal to increase the toll at the Pleasantville plaza on the Atlantic City Expressway and allow the city to keep the difference.

“Councilman Small makes a great point,” Gilliam said Tuesday while addressing ways the city can raise revenue to offset the rising tax burden on property owners. “We have to look at new, innovative ways to bring revenue into the city.”

The agency that oversees the expressway has told city officials toll money cannot be used that way.

Gilliam and Small challenged one another in the 2017 Democratic primary and have occasionally been at odds over policy issues, such as the timely disbursement of endowment funds.

Recently, the two city leaders have found common ground in budgetary issues and opposing an effort to alter the city’s form of government.

“I wholeheartedly appreciate Mayor Gilliam’s support in this measure,” Small said. “It’s important that people see that the governing body and the executive branch in the city are in accord for the residents.”

In May 2018, City Council passed a resolution requesting the South Jersey Transportation Authority — the state agency with oversight of the expressway — double the toll fare at Pleasantville from 75 cents to $1.50 and pass along the additional revenue to the city.

At the time, Small, who sponsored the resolution, estimated the city would collect $15 million annually.

The mayor, in 2018, said that while the intent of the proposal was “honorable,” it was not something he supported.

The SJTA, in response to the city’s resolution, said toll revenue is not for any other purpose than operating and maintaining the expressway.

“We’re exploring all things that make sense, all things in the best interest of the hard-working taxpayers in the City of Atlantic City. We have to get this right,” Small said Tuesday.

Atlantic City to put nearly 300 properties up for sale

ATLANTIC CITY — In search of ways to generate revenue and lessen the burden of a recent tax increase on residents, city officials approved put…

The years haven’t made Atlantic City government’s attempt to get its hands on highway tolls more sensible, possible or even desirable. Just mo…

ATLANTIC CITY — City taxpayers have formed a group to combat the rising costs of living in the resort.

ATLANTIC CITY — Council President Marty Small will be appointed to the city’s top political post Friday, an office he has chased for years.

Atlantic City taxes could go up next year, but they don't have to

Three years ago New Jersey had to take over local government in Atlantic City. Even though the state had given the city a monopoly on casino g…

Raise tolls? Are you crazy? The state will suck the money from these tolls and AC will gain nothing. Tax the casinos like they should be taxed. The sports betting is a windfall. Let the city share in it. Fix the flooding problems. The city is so poorly managed we are luck we are not Detroit, LA or Baltimore....yet

From founding of NJ a British colony in 1664 until 1963, property taxes were affordable, were enough to give NJ best schools, roads and standard of living in U.S. NJ decline when NJ voters demanded more from government, while and raising taxes on "somebody else" to pay for it. 1963 state sales tax of 3%. 1976 state income tax of 2%. Dozens of authorities then created to borrow money & imposing new "user fees" and tolls to pay some of it back. Liberty and Prosperity

It would be smarter for Atlantic City to not charge a toll on the expressway. Because driving into AC on the black horse pike is disgusting. You drive in that way and you never want to go back to Atlantic City. 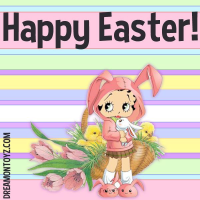 REALLY raise the toll? BOTH WAYS? Then give the rest to to state & what are they going to do with the rest?

i may be wrong but i believe the legislature would need to amend some legislation. 21 senators and 41 assembly peeps.....cant see this happening