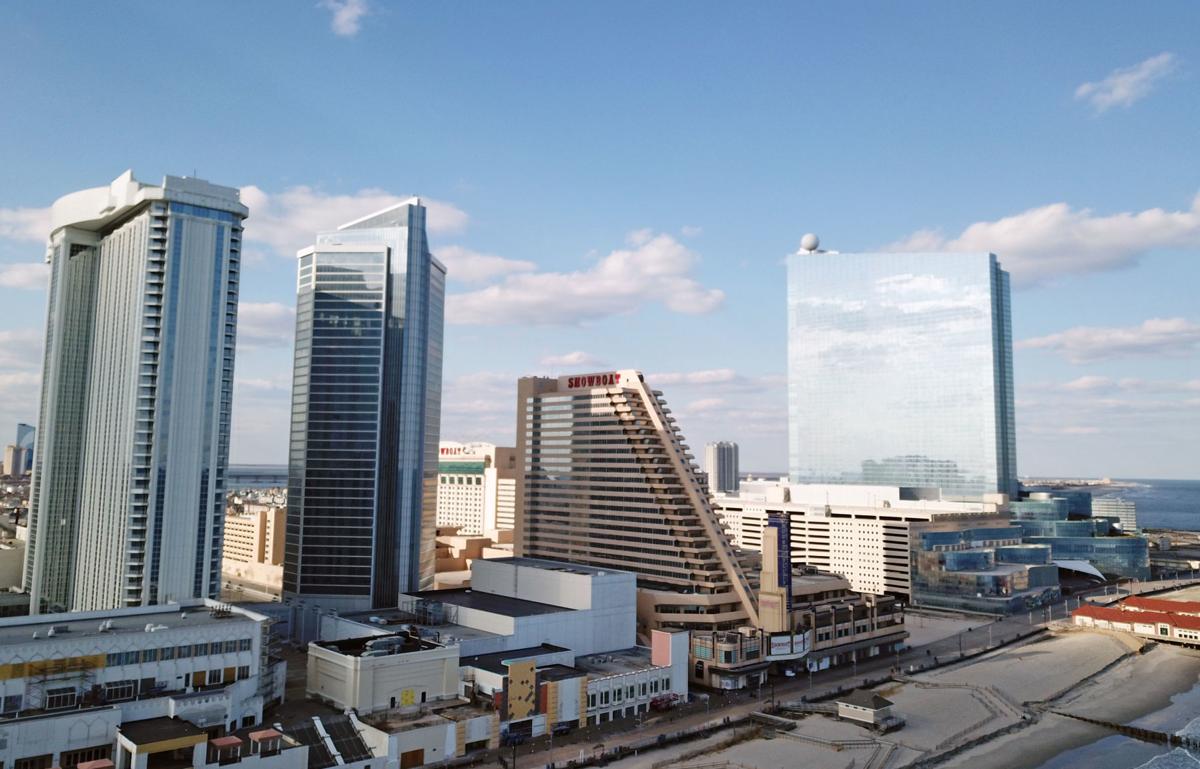 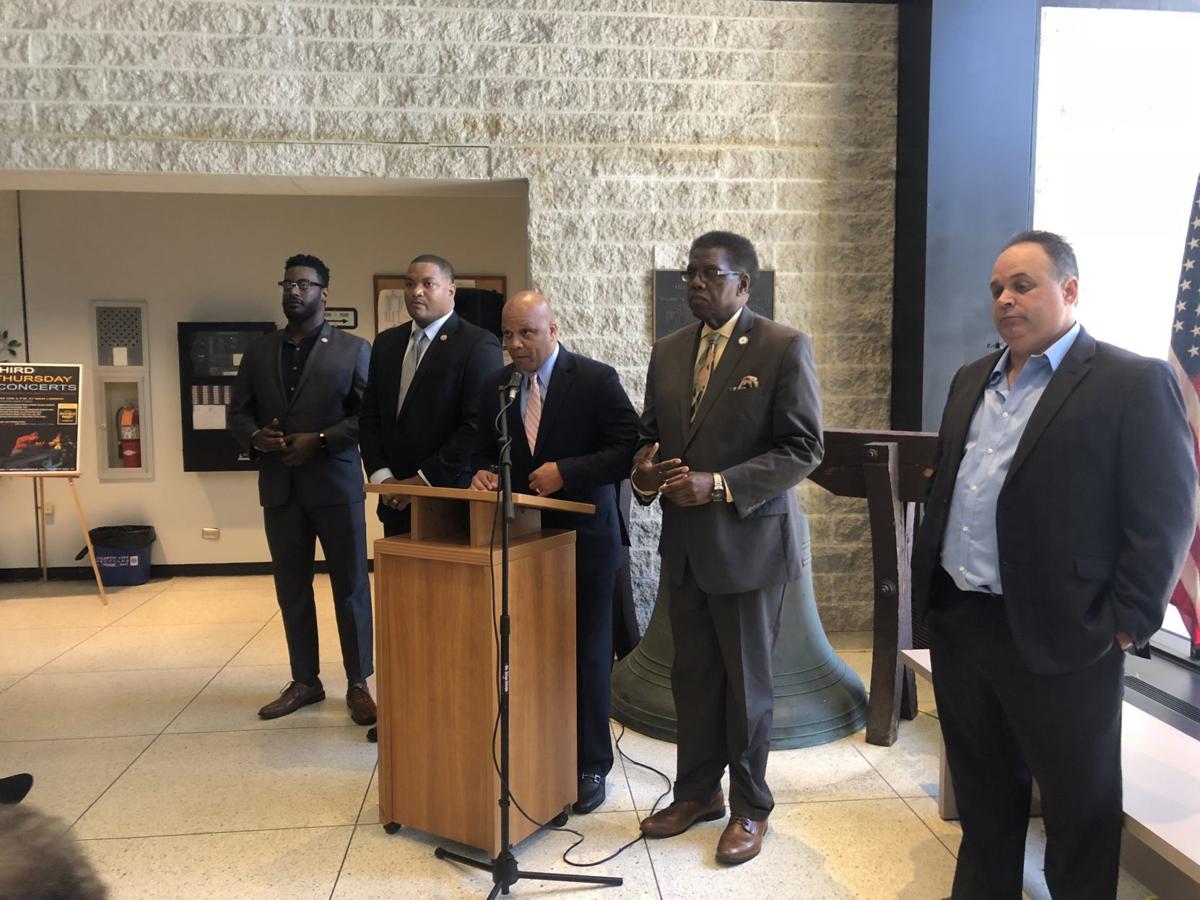 ATLANTIC CITY — The city is making incremental progress toward economic stability, but its long-term fiscal health remains a cause for concern.

A third consecutive year of stable or reduced municipal taxes is being discussed, city and state officials have exercised fiscal restraint on basic budgetary matters and the more pressing economic issues that prompted a 2016 state takeover to avert bankruptcy have been addressed.

However, those efforts may prove to be inadequate long-term remedies because of looming debt obligations totaling more than $400 million and the pressing need for additional sources of revenue.

The end result may very well be prolonged state involvement in Atlantic City even after the conclusion of the five-year timetable granted under the Municipal Stabilization and Recovery Act.

“It would not be unusual (for the state to continue its oversight),” said Marc Pfeiffer, assistant director of the Bloustein Local Government Research Center at Rutgers University and former deputy director of the state Division of Local Government Services. “(New Jersey) has had municipalities under degrees of supervision for many years, (and) every case is different.”

Pfeiffer noted that the state’s transition report on Atlantic City, which was co-authored in 2018 by Special Counsel Jim Johnson at Gov. Phil Murphy’s request, has expanded Trenton’s role in the seaside resort into quality-of-life issues.

“Now that we’ve extended the state’s engagement beyond just fiscal conditions, (they) want to make sure that those seeds they planted take root and start to grow on their own,” Pfeiffer said. “And it may be that the state wants to stay engaged in Atlantic City longer.”

Atlantic City given a 'real voice' in Trenton with town hall

Meanwhile, city officials — who must have any legislative or executive action approved by the state Department of Community Affairs — have tried to address some of the fiscal missteps that put the city on the brink of bankruptcy in 2015.

Following years of rising municipal taxes — between 2010 and 2016 the local tax rate increased 96 percent — city officials are close to introducing a budget that would either reduce taxes or keep them at the same level for the third straight year.

Council President Marty Small Sr. said he is “100 percent certain” of at least a flat municipal budget for 2019.

“There will be no tax increase on the residents of Atlantic City,” said Small, who also serves as chairman of the Revenue and Finance Committee, during a recent public meeting. “The budget is always a working document ... (but) we’re going to continue to make sound fiscal decisions.”

In 2017, the first full year of the state takeover, Atlantic City approved the first reduction in the municipal rate tax rate since 2008. Last year, the city adopted a $220 million operating budget while holding the municipal tax rate flat.

Lisa Ryan, spokeswoman for the state agency that oversees the city’s finances, said the DCA is continuously “working with the city to reduce costs all around.” Ryan said state and city officials have been working to finalize the 2019 budget but they are “not quite there yet.”

The city’s newfound fiscal discipline is evident in the routine practice of awarding contracts for professional services, such as those paid to outside law firms.

Council has not approved a change order for legal services — when a vendor bills more for services than contracted and a governing body must allocate additional funding — since 2016, Small said.

“It’s simple — we changed the culture,” said Small. “That’s this (governing) body looking out for the taxpayers’ best interest.”

Despite the changes, the city’s fiscal history is catching up quickly.

According to financial statements, Atlantic City’s total municipal bond debt was $408.7 million and the school district was responsible for another $67.5 million. In February 2018, City Council, with the state’s approval, issued $49 million in bonds to pay deferred pension and debt obligations from 2015.

In 2019, the city’s municipal bond obligations will be slightly more than $15.2 million. Atlantic City’s debt service payments will continue to rise each year until it peaks in 2026 with an annual obligation of $26.9 million. The following year, the city’s debt payment drops to $14.4 million, a figure it will pay annually until 2036.

But a long-term plan for Atlantic City — which lost a significant portion of its tax revenue when the casino tax appeals were settled — to meet its obligations still needs to be formulated.

State oversight of Atlantic City to continue, according to report

ATLANTIC CITY — The state will continue its oversight of the city until government, civic en…

ATLANTIC CITY — On the verge of bankruptcy just two years ago, the city’s 2018 budget repres…

What do the numbers tell us about Atlantic City's growth in 2018?

ATLANTIC CITY — Visitation, casino employment, gaming revenue and state taxes and fees increased in 2018, all of which is real evidence that a…

ATLANTIC CITY — Casino gaming revenue was up for the ninth consecutive month in February, according to state gaming regulators.

ATLANTIC CITY — The public will soon have a way to track and measure the progress of the city’s state-led transition effort.

Atlantic City workers to get raises and stipends

ATLANTIC CITY — The state has set a timetable for the city to hire additional employees in understaffed departments, revamp its master plan an…

ATLANTIC CITY — A mix of incumbents, first-timers, former officials and repeat challengers makes up a slate of 21 candidates vying for six ope…

ATLANTIC CITY — Since the state assumed control of the city in late 2016, the big question on the minds of officials and residents is whether …

TRENTON — Jim Johnson, former special counsel to Gov. Phil Murphy for the Atlantic City transition, is testifying for a review of existing cas…