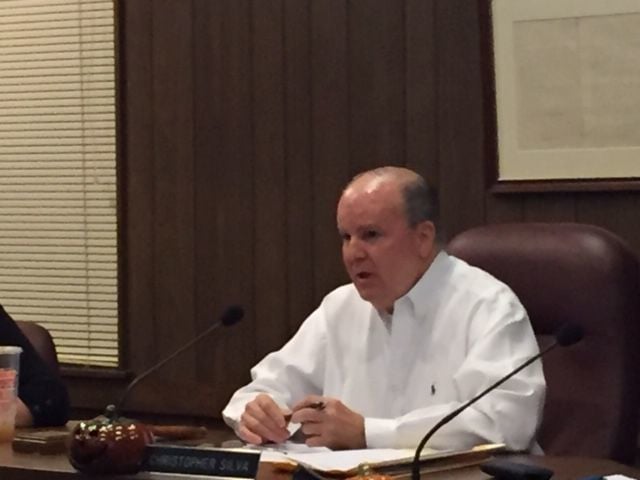 Mullica Township Mayor Chris Silva told the crowd the Township Committee is limited by state law in how much control it has over its Police Department. 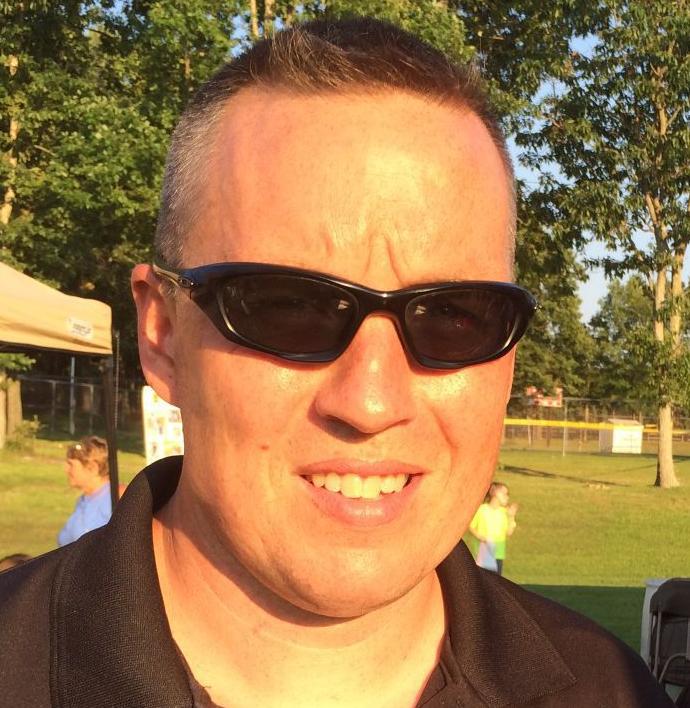 Some residents say he is being pushed out of the job so Mayor Christopher Silva’s son-in-law, next in line for the job, can become chief.

Thompson, who angered some last year in this small rural community when he tried to fire a veteran officer with sleep apnea, declined comment, but his lawyers released written statements.

“Chief Thompson has served Mullica Township for 24 years. He has a stellar reputation,” said employment attorney Michelle Douglass, who is representing Thompson. “He strongly denies any recently concocted claim which is baseless and sadly, motivated by something other than the truth.”

Mullica alligator was real and a local dog found its carcass

Silva said rumors that he is trying to benefit his son-in-law Capt. Brian Zeck are false, and he has recused himself in the matter.

“I was not on committee when he (Zeck) was hired, or when he was promoted to sergeant or captain,” said Silva.

The township has opened an internal affairs investigation against Thompson, according to a resolution to approve a settlement agreement with the chief that was on the committee’s Tuesday night agenda but pulled from voting at the last minute.

Silva said a complaint had been filed against Thompson, and under the state Attorney General’s rules the county prosecutor investigated and declined to take action. Now the township is required to do its own investigation and is using an outside investigator, Silva said.

“I can only tell you any allegations made against him are frivolous and are denied,” said Thompson’s attorney Michael Testa Sr. “And no disciplinary charges have been filed against the chief.”

The settlement resolution says the settlement is to avoid the possibility of “a long and protracted disciplinary hearing or alternatively, if the statutory right was involved, a hearing before the Superior Court of New Jersey.”

It does not describe any of the details of the settlement, or if any monetary payment is involved.

Also pulled were resolutions to amend the employment contracts of Thompson and Mullica Police Capt. Brian Zeck, who is Silva’s son-in-law.

Hanselmann said the resolutions were pulled from voting because of late additions requested by the chief that the attorneys had not yet reviewed.

Lost in the national focus of whether Democrats will take the U.S. House of Representatives …

Committeeman Jim Brown said the committee never voted to authorize anyone to negotiate with Thompson, but Committeewoman Kristi Hanselmann is doing so at the direction of Silva.

But Hanselmann said when the executive session minutes are released for the May 14 committee meeting, Brown’s statement will be proved untrue.

“I have followed township policies 100 percent by the book,” said Hanselmann. She said Thompson approached her with a proposal that she brought to the attorneys and the committee.

Brown also said he is worried about the cost of Thompson retiring early. Thompson has enough years in to retire — 27 in total and 24 in the township, according to Silva and Hanselmann. So it’s unclear why he wouldn’t simply retire.

Silva began overseeing the Public Safety Department in January, after getting an opinion from the township solicitor about his ability to oversee the public safety department.

Mullica cop with sleep apnea will keep job and pension

Former Committeewoman Barbara Rheault, who was public safety director until the end of 2018, said Zeck had not signed his contract for 2016 to 2018 because he was unhappy with some aspects of it.

A new contract for 2016 to 2018 was negotiated by Hanselmann in the first two weeks of January, Brown said, and signed by Zeck on Jan. 15.

With Silva recused, the committee voted for the new contract, which gave greater salary increases back to 2016 and other perks to Zeck, according to Rheault, the only Democrat committee member at the time.

The 13-person department has one chief, one captain, one sergeant, two corporals, and six patrolmen and two special Class 2 officers, said Hanselmann.

She said she cannot comment further on the negotiations.

MULLICA TOWNSHIP — A month after the current police chief was in discussions to leave his post, the Township Committee on Tuesday approved inc…

Mullica police chief gets raise, goes on paid leave and will retire

Mullica Township police chief back to work — or is he?

MULLICA TOWNSHIP — The future of police Chief John Thompson, who is at the center of a controversial retirement package and ongoing internal a…