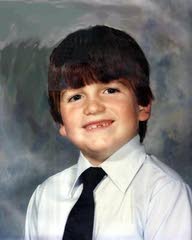 Gary Grant Sr. hoped to close the case of his son's slaying 25 years ago.

In 1984, a then-12-year-old boy admitted to bludgeoning Gary Grant Jr. to death near a warehouse in Atlantic City, and then covering the 7-year-old's body with a rug.

But Carl Mason, known as "Boo" in their Ducktown neighborhood, was never tried for the crime. The state lost its only real evidence when a judge threw out the boy's confession, saying police "trampled on (his) constitutional rights" with an overnight interview without a guardian present.

Now living in Puerto Rico, Grant has not heard anything about the case since before his retirement eight years ago. He recently started a Facebook page hoping someone will have new information that can bring a conviction in his son's killing - and a sense of resolution.

The "Memory of Gary L. Grant Jr." group has nearly 300 members. There are no tips, just words of encouragement and a few memories. But Grant is hopeful that one day someone will speak out.

He still believes Mason killed his son, but wonders whether the boy acted alone. He thinks the preteen's older brother - arrested on robbery charges just days before the killing - may have tried to get young Gary involved in a scheme in which he allegedly used children to break into homes.

"I believe they were going to force Gary to do something that he didn't want to do, and he threatened to tell me about it," Grant said.

After all, little Gary would have known what to do if he found out about something illegal. His dad was a veteran Atlantic City police officer.

Grant was coaching basketball at Our Lady Star of the Sea when his daughter came to the gym Jan. 12, 1984, and asked if he had seen little Gary. Sometimes he would come to help his dad coach.

It was about 4 in the afternoon. Not yet time to worry.

Gary had left his home on the 2500 block of Arctic Avenue about noon, telling his mother, May, he had "an appointment" at 2:30 p.m.

"Someone had to tell him to say that," Grant said recently. "Seven-year-olds don't talk like that."

That evening, he got call.

May Grant - who was separated from her husband - said Gary still wasn't home. Officer Grant called out sick and started looking for his son.

All day Friday, Jan. 13, he was joined by officers, family and friends in the search for Gary.

"I'm just walking around aimlessly hoping to bump into him," Grant told The Press of Atlantic City at the time.

He said he walked across the empty lot on the 100 block of North California Avenue as he passed out pictures of the missing boy. He never ventured near the warehouse there. That was probably for the best.

At 3:30 p.m. Jan. 14, Robert Hughey found the second-grader's body in the lot. Hughey - then the state Department of Environmental Protection commissioner - said at the time that he decided to check the warehouse he owned after reading about Gary's disappearance.

Grant was driving up California Avenue when he saw all the cars in the middle of the street. That's how he found out his son was dead.

Less than a day later, Mason said he beat Gary to death with a pipe, then covered the body with a rug. But Superior Court Judge John Himmelberger threw out the confession, saying Mason was unreliable and it could not be admitted into evidence. Without it, the case was dropped and Mason freed.

Meanwhile, Grant continued working as a police officer. He was assigned to the same neighborhood where his son's body was found: "I had to ride by the park God only knows how many times a day."

"I think I was actually shut out more than the average citizen would have been," he said. "I would call the Prosecutor's Office and ask Major Crimes if anything was happening, and they would never get back to me."

But Grant was an investigator by nature and occupation. He kept tabs on the case and did some of his own police work.

"I wrote a letter to the Attorney General's Office telling them there were some things that should have been done and they weren't," Grant said. "The gentleman who found the body was never even interviewed. Not until I went to his house and interviewed him."

That's when Grant said he was pulled off the case entirely.

"I understand there are some things you have to distance yourself from as a cop," he said. "Even when I was following the investigation on my own, if I thought there was one inkling the person could become a suspect, I wouldn't talk to them. I advised Major Crimes of every single contact I made or anyone who made contact with me. It wasn't reciprocal."

His only updates came from a friend in Major Crimes.

"He worked the case zealously," Grant said. "He used to keep Gary's picture on his desk."

Then one day he called: "Gary, they took me off the case."

That was the last time he remembers hearing anything.

When he came back to Atlantic City recently, he saw few things he recognized from his years living and working there. Then he found Facebook.

"It's amazing," he said. "I saw how rapidly people were connecting with each other and I thought, 'Wow, what a perfect venue.' It's free and it's spread out all over the place."

Just before what would have been Gary's 33rd birthday earlier this month, Grant started the page.

"If nothing else, maybe the people involved will say, 'Uh-oh, this hasn't gone away,'" Grant said. "Hopefully, they'll get nervous and say something to somebody."

No matter what, he won't give up.

"People comment to me on occasion: 'Why are you still so obsessed with this?'" Grant said. "He was my son. Believe me, it hurts just as much today as it did that day, the day I found out he died."

To find out more

To find out more about Gary Grant Sr.'s Facebook mission, log on to the site and search 'Memory of Gary L. Grant Jr.'

“Is it possible for me to collect a reward on my own self for the murder of Gary Grant?” the man calling 911 in 1986 asked an Atlantic City po…