ATLANTIC CITY — The takeover legislation passed in 2016 gives the state broad authorities over the city, but rejecting a successful referendum to change the form of government is not one of them.

The state Department of Community Affairs, the agency with direct oversight of Atlantic City, will not have the authority to disregard the results of the March 31 special election under the Municipal Stabilization and Recovery Act.

Since the onset of the petition effort in June to change the city’s form of government, officials with the DCA have stated their belief that MSRA gave the state agency advisory authority over initiative and referendum efforts. And, according to the text of the bill, it does.

LISTEN: Will Miss America look to come back to Atlantic City?

However, that advisory authority is only granted to the state for initiatives and referendums introduced under the Optional Municipal Charter Law, or Faulkner Act. Atlantic City is a Faulkner Act municipality, and its residents can either petition their government to act on their behalf or force a special election on certain actions.

The petition and referendum effort to change Atlantic City’s form of government was introduced under an entirely different state statute, thereby negating the DCA’s power over a successful vote next month.

On Wednesday night, City Council President George Tibbitt said he was informed the day prior that DCA did not, in fact, have the power to reject a successful change-of-government referendum. Afterward, Tibbitt said DCA Deputy Commissioner Rob Long was the state official who relayed that information to him.

On March 31, registered voters will decide whether to change Atlantic City’s form of governm…

The DCA did not respond to a request to confirm it was not granted authority under MSRA to treat the change-of-government referendum as advisory.

The change-of-government referendum has been one of the predominant issues in Atlantic City the past several months.

The proposal seeks to replace the current mayor-council form with a council-manager form.

The change, proponents say, would create stability and efficiency in City Hall, while reducing government costs, corruption and nepotism. Opponents believe the push to change the city’s government amounts to little more than a coup attempt, backed by powerful outsiders who do not have the city’s best interests in mind.

The mayor and all nine members of council oppose the change, as do the city’s civic associations.

The PAC is seeking to change the makeup of government to a council-manager form implemented under the 1923 Municipal Manager Law. The change would reduce the number of council members from nine to five and eliminate a directly elected mayor. Under the 1923 council-manager form, nonpartisan elections would be held in May and at-large elected officials would serve four-year terms beginning in July.

Rather than an elected mayor serving as the city’s chief executive, a municipal manager would be hired by the governing body to oversee the day-to-day operations of the city, including preparing a budget, negotiating contracts and handling most personnel matters.

A mayor would be selected annually from among the at-large council members and preside over public meetings.

Atlantic City Residents for Good Government has accumulated more than $260,000, mostly from Bailey and labor unions. Bailey has contributed more than $179,000 to the PAC, according to filings with the New Jersey Election Law Enforcement Commission. Among the unions backing the PAC is Iron Workers Local 399, the union for which Senate President Steve Sweeney serves as general vice president.

The Atlantic City Democratic Committee has filed a complaint in Superior Court to stop the special election. The complaint alleges fraud and deficiencies with the petition that forced the election, and further claims the change of government would violate residents’ civil rights.

A hearing on the complaint has been scheduled for March 9.

Could Atlantic City go back to holding two City Council meetings a month?

Future of Atlantic City special election could be decided Thursday 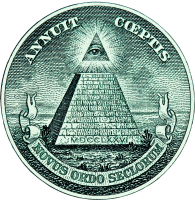 VOTE NO AGAINST REFERENDUM.