Pompo, Thomas B., Jr., - 60, of Brigantine, passed away on Tuesday, November 5, 2019. He was born in Philadelphia, PA. He is predeceased by his parents, Thomas B. and Marie A. Pompo Sr. Thomas is survived by his brother, Glenn Pompo. A visitation will be held on Sunday, November 10th from 6:00 to 9:00 pm at Wimberg Funeral Home, 211 E. Great Creek Road, Galloway 609-641-0001. A Mass of Christian Burial will be held on Monday, November 11th at 10:00 AM at St. Thomas the Apostle Church, 331 8th Street South, Brigantine, NJ 08203. Burial will be private. In lieu of flowers, donations may be made in memory of Thomas to the Children's Hospital of Philadelphia, 3401 Civic Center Blvd, Philadelphia, PA 19104. For condolences, please visit wimbergfuneralhome.com.

Larsen, Leif Aleutian, - Newborn, of Sea Isle City, & Skagway Alaska departed this earth on Sunday, Oct. 13, 2019, due to a premature birth in Seattle Washington leaving behind his loving parents Brian and Jen Larsen along with his 19-month-old sister Melody Joy. He is also survived by paternal grandparents, Keith & Jeanie Larsen of SICNJ, maternal grandmother Nancy Huserek of Hammonton NJ and the late John Huserek; Cristine and John Chickadel and their three sons of Ventnor NJ, Melissa Larsen of Lake Worth Florida, Andrew & Danielle Larsen and their three children Amelia, Wolfe & Willow of Ocean View NJ; Maureen Larsen of SIC; Darren & Greta Bates their 5 children Jed, Jeshua, Edom, Josiah, Beth of San Antonio Texas; John & Jen Bates of Vineland NJ as well as many aunts, uncles cousins and friends spanning from the East to West Coast. Our precious baby boy Leif's short time with us delivered an unconditional love to his family that will never be forgotten. His brief visit on earth was filled with energy and fight to live giving his all. His beautiful soul will never be forgotten and will always be a part of his family. A memorial service for Leif will take place on Monday, Nov. 11 starting at 3 PM at the United Methodist Church on JFK Blvd in Sea Isle City. In lieu of flowers, the family request contributions be made to the Leif Aleutian Larsen Family Fund located at the First Bank of Sea Isle City on 43rd & Landis Ave. Sea Isle City NJ 08243. 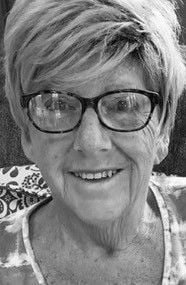 Sharpe, Jeannette, - 74, of Egg Harbor Township, NJ passed away Friday, November 1, 2019, surrounded by her forever grateful and loving children. Born and raised in Pleasantville, she has been a resident of Egg Harbor Township for over 40 years. Jeannette stayed at home for many years raising her children, before working for the Egg Harbor Township School District. She loved traveling, going to the beach, coming up with spur of the moment ideas.but mostly spending time with her family. She was happily married for 37 years to her loving husband Robert "Pud", who passed away in 2004. She was the most amazing, loving mother to Robert J. Jr; Kelly Oquist (Brett); Tracy DiRomualdo (Brent). She was the proud and devoted mom mom to her seven beautiful grandchildren Dylan, Ryder and Laila Sharpe; Aidyn and Astyn Oquist; Kade and Teagan Mae DiRomualdo. Also surviving are her sister Barbara Dammonn, and her husband Art; as well as many close dear friends. Funeral services were privately held, per Jeannette's request. Memorial donations may be made online to MD Anderson Cancer Center (gifts.mdanderson.org) or CHOP Cancer Center Program (give2.chop.edu). Mom was one in a million, so blessed to have her as our mother. We want to give a very special thank you to Sandy "Nana" Oquist, words can't describe how thankful we are for you! Arrangements by the George H. Wimberg Funeral Home, Linwood Ventnor. Condolences may be extended to the family at ghwimberg.com 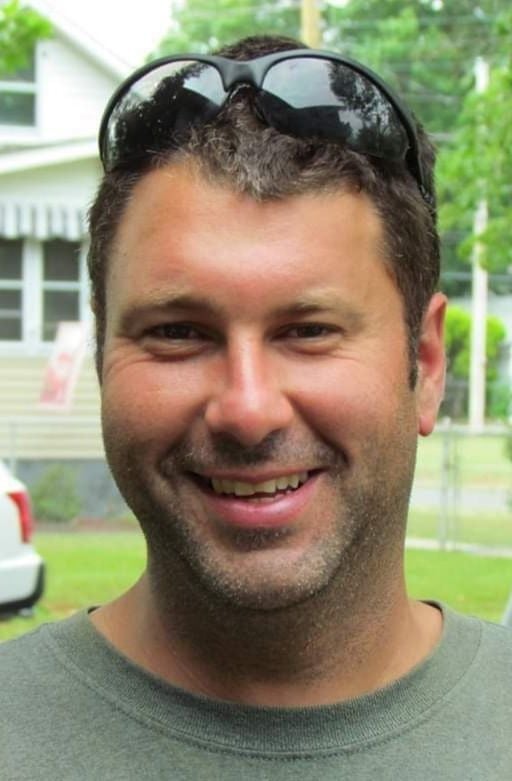 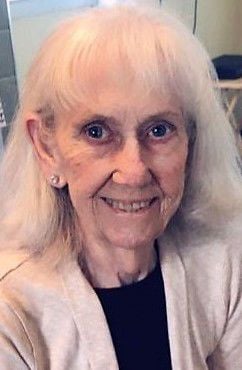 Mondrosch, Doris, - 81, of North Cape May, passed away on Wednesday, November 6, 2019. Born in Camden and formerly of Pennsauken, Doris has been an area resident since 1979 and worked at Crest Haven Nursing Home. She is predeceased by her sons Butch and Rick Mondrosch, 3 brothers and 1 sister. Doris is survived by her daughters Paula (Michael) Slawek, Cindy Mondrosch, Susan Mondrosch, and Dana (Paulo) Mondrosch-Silva, son James Mondrosch, 12 grandchildren and 8 great-grandchildren. Funeral services for Doris will be held at 11 am on Tuesday, November 12, 2019, at the Evoy Funeral Home, 3218 Bayshore Rd, N Cape May; friends may call one hour prior to service from 10 am-11 am. Interment will immediately follow service at the Tabernacle Methodist Cemetery, 656 Bayshore Rd, Erma. Contributions in Doris's memory can be made to Wounded Warrior Project, PO Box 758517, Topeka, KS 66675, or the Cape May County Animal Shelter, 110 Shelter Rd, DN 132, Cape May Court House, NJ 08210. Condolences can be shared at www.EvoyFuneralHome.com. 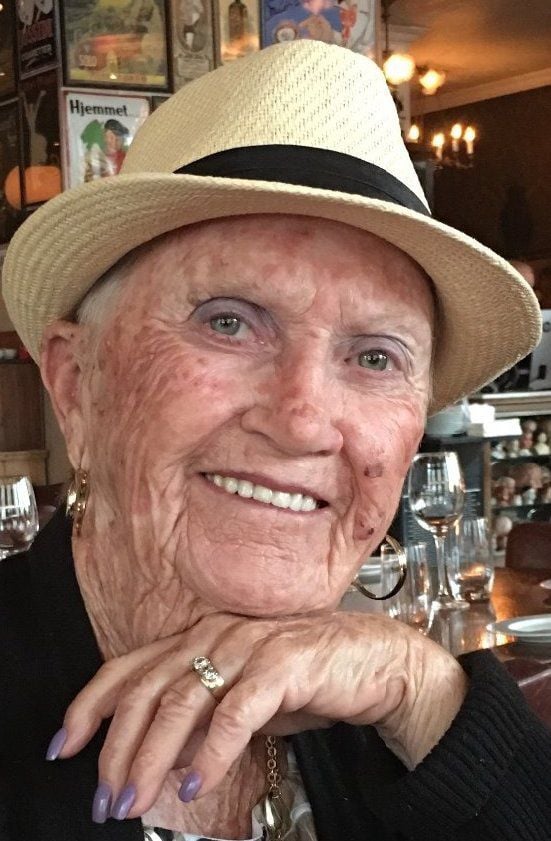 Devlin, Maryalice, - 80, of Margate, passed quietly at home on Tuesday November 5, 2019. Born December 25, 1938 in Atlantic City, she raised her family in West Deptford and worked at Wallace Eye Center in Westville until her retirement to Longport in 1996. She is survived by her children Kelly Scardigli, Tracy Nines, Shannon Pettolina and Francis Devlin, 6 grand children Alexandra, Austin, Dominique, Brett, Christian, Jessica and 2 great grand children Capree and Colby. Maryalice was preceded in death by her husband William (Buddy), sister Cecelia Collins, brothers Johnny and Michael Gunzer. Maryalice enjoyed life to the fullest. She was an avid sports fan, tattooed as Mother Eagle and a 40-year season ticket holder. She loved to travel, Pinot-side of ice, porch people, the beach, happy hour, the Trop and being with her beloved family. Memorial contributions may be given to A01 Foundation. Visitation will be held on Saturday, November 9th from 10-11am, followed by an 11am Mass of Christian Burial at Holy Trinity Parish: Epiphany Church, Longport. Arrangements by the George H. Wimberg Funeral Home, Linwood Ventnor. Condolences may be extended to the family at ghwimberg.com

CALDWELL, JAMES (JIMMY) CURTIS, - 78, of Absecon, passed away peacefully on Saturday, November 2, 2019. We will host an intimate and short memorial service for Jimmy on this Sunday, November 10, 2019 from 11am-1pm at Stockton University Academic Center. Fannie Lou Hamer Event Room 3711, Atlantic Ave, Atlantic City, NJ. Jimmy was born in East Orange, NJ, the third of five children to William and Juliette Caldwell. He lived most of his youth in Orange, NJ and graduated from Orange High School where he met his wife of 58 years, Carolyn. Jimmy and Carolyn lived in East Orange, NJ where they raised their three beloved children, Dirk, Barry and Paige. Family meant everything to him. For thirty years Jimmy drove a big rig and loved every minute of it. In 1996, he and Carolyn retired and moved to South Jersey. In 2004, they moved to Florida but missing family moved back to NJ in 2009. He is survived by his loving wife Carolyn, his three children, his sisters Beverly Allen and Sandra Gillead and his four precious grandchildren, Jordan, Peyton, Bryce and Taylor. He is also survived by his daughter-in-law, Gabby, son-in-law-, Cornell Muse, his sister-in-laws Patricia Herbert and Carolyn Muhammad and brother-in-law, Joseph Allen. Jimmy is also survived by thirteen nieces and nephews whose lives he touched and influenced with his wisdom. As big of a personality as Jimmy was, he was also very adamant about not wanting anything grand, or lots of flowers (he always said "give me my flowers when I'm alive to enjoy them"). In lieu of flowers, the family is asking that memorial donations be made to the American Diabetes Association (a disease that challenged him in the later years of his life) to assist in their goal of education and combating this disease suffered by over 30 million Americans. American Diabetes Association https://www.diabetes.org/donate/donate-memorial