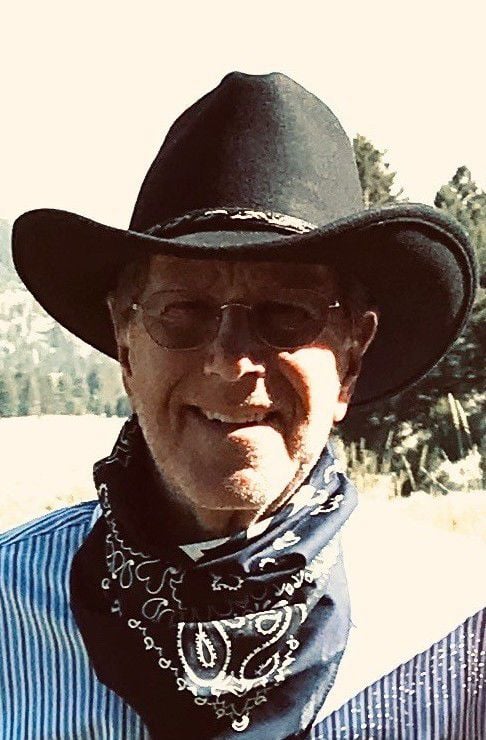 Glass, Alan, - 70, of Marco Island, FL. Alan passed away September 6, 2019. Born in Atlantic City, NJ, Alan was a resident of Ocean City, NJ and Marco Island, FL. Beloved husband of Cathy (nee Szilagyi). Devoted father of Dr. Jaimey Pauli (Eric) and Kaitlin Ross (Mathew). Loving Poppy to Rory Pauli and Sydney Ross. Dear brother of Dr. Phillip Glass (Jo Anne); he is also survived by a huge and loving family. Alan earned his BA in Political Science at Ursinus College and an MA in Education from Villanova University. He began his career in publishing in 1972 at The Wall Street Journal, and went on to hold various executive leadership positions in multiple companies, including Primedia, Commonwealth Business Media, United Business Media, CFO Publishing LLC, and EnsembleIQ. Alan was a member of the Island Country Club in Marco Island, FL and a founding member of Hidden Creek Golf Club in Egg Harbor, NJ. Relatives and friends are invited to gather Wednesday, Sept. 11, 2019, 10:00 AM to 11:45 AM, Burns Funeral Home, 9708 Frankford Ave. Philadelphia, PA, followed by his Service 12:00 PM. In lieu of flowers, contributions to the American Cancer Society, 1626 Locust St., Philadelphia, PA 19103 in his memory would be appreciated.

Thomas, John P, - 72, of Galloway, passed away on Monday at Cooper Medical Center, Camden. John was born in Galloway and was an area resident for all of his life. He was a member of the 177th Fighter Wing, New Jersey Air National Guard for over thirty years. John worked at Borgata Hotel and Casino for many years and previously at Trump Plaza as a dealer. Prior to working at the casinos, he worked at Wheaton Plastics where he met his wife, Mary Lynn. He is survived by his loving wife, Mary Lynn, he is the loved brother-in-law to Susan and Alan Boyd, his sister, Barbara, brother, Butch and this three sons. A Memorial gathering will be held on Wednesday, September 11, 2019 from 6pm til 7pm at the Wimberg Funeral Home 211 E. Great Creek Road, Galloway, NJ 08205. A Memorial Service will be held at 7pm. Burial will be held privately by the family. For Condolences and Directions please visit wimbergfuneralhome.com. 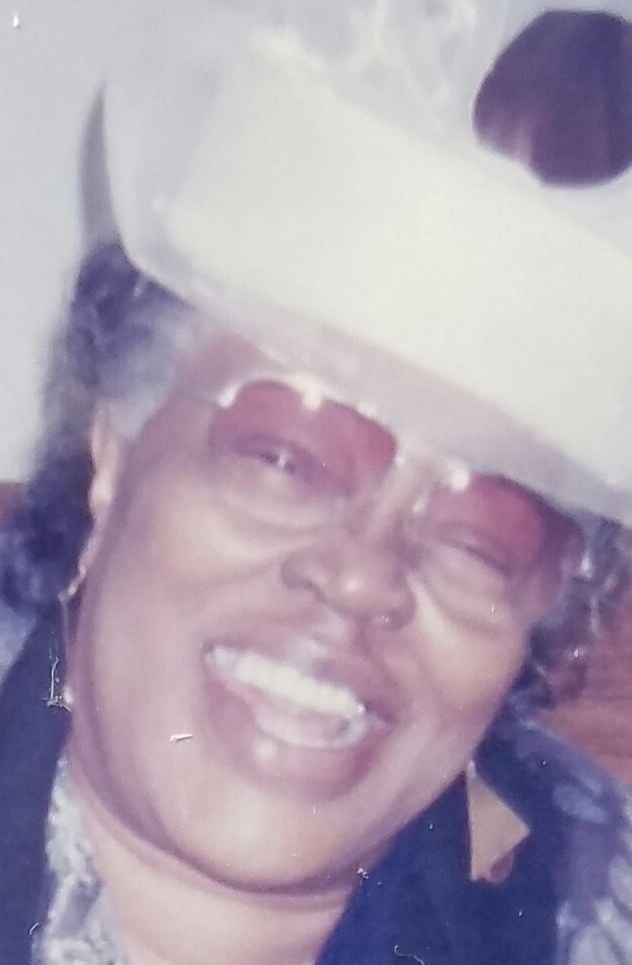 Wilkerson, Allie Mae, - 91, of Atlantic City, transitioned August 31, 2019, from Seashore Gardens Nursing Home. She was born November 13, 1927, to Rose Emma and Rome Chandler in Granville County, NC. Allie was the second of eight children. Allie migrated to Atlantic City, in the late 1940's, and worked at the Riviera Apartments as an elevator operator. She later worked as a supervisor of housekeeping at the Flamingo Motel on Chelsea Avenue. Allie is preceded in death by: her two sons, Richard, Jr. and Tommie Lee; sisters, Elizabeth, Margaret and Mag; and brother, James. Allie leaves to cherish her memories: daughter, Sabree; sisters, Rosa and Dorothy; brother, David; grandchildren, Kia, Tia, Tommie II, Trevor, Torrey, Richard III, and Glenn and a host of nieces, nephews and great-grandchildren. Memorial services will be 11AM, Friday, September 13, 2019, Greenidge Funeral Home, 301 Absecon Boulevard, Atlantic City, where friends may call from 10AM. Arrangements entrusted to Greenidge Funeral Homes, Inc., where condolences may be left at greenidgefuneralhomes.com. 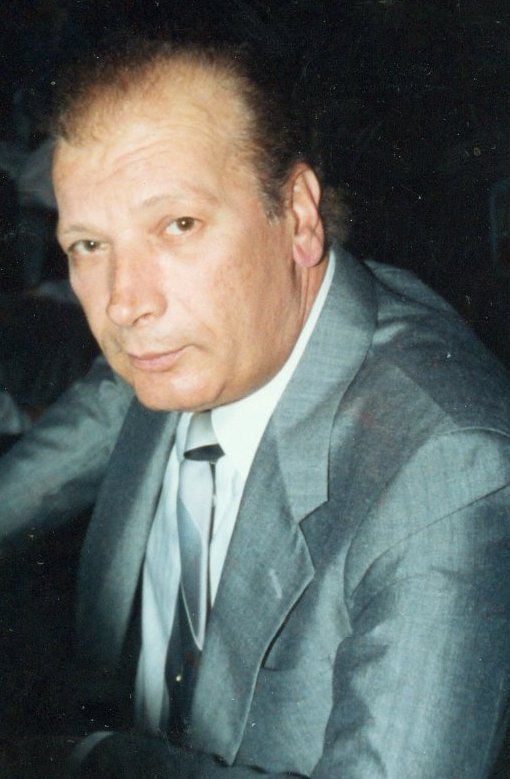 Theofanopoulos, Aris C., - 79, of Egg Harbor City, went home to be with the Lord on Friday September 6, 2019. Born in Aigion, Greece he was the son of the late Christos and Julia (Kosoulou) Theofanopoulos. He was the devoted husband of Chryssanthi (Petrou) Theofanopoulos whom he was married to for 30 years. Aris was the owner and operator of Casino Pizza and ran various other restaurants in the Atlantic City and Philadelphia areas. He was a chef at Resorts Casino, retiring from there after 20 years of service. He was well known for his enjoyment of watching sports, horse racing and his love of cooking. He will be missed and fondly remembered by his wife; Chryssanthi Theofanopoulos, daughter; Maria (Giovanni) Alberico, son; Aris M. Theofanopoulos fiancé of Haleigh Southern, grandchildren; Chris, Julia, beloved friend; George Vergetis and many relatives in Greece. He was predeceased by a son Christ Theofanopoulos. Relatives and friends are respectfully invited to attend Aris's Life Celebration Services at Holy Trinity Greek Orthodox Church, 7004 Ridge Ave., Egg Harbor Twp, NJ 08234 at 11:00am on Tuesday September 10, 2019. A viewing will be held at the church from 10:00am until time of service. Interment will follow the service in Atlantic City Cemetery (Greenwood Section) Pleasantville, NJ. In lieu of flowers donations may be made in Aris's name to the church. To leave condolence, pay respects or share a special memory of Aris please go to www.jeffriesandkeates.com. Arrangements entrusted to Jeffries and Keates Funeral Home 609-646-3400. 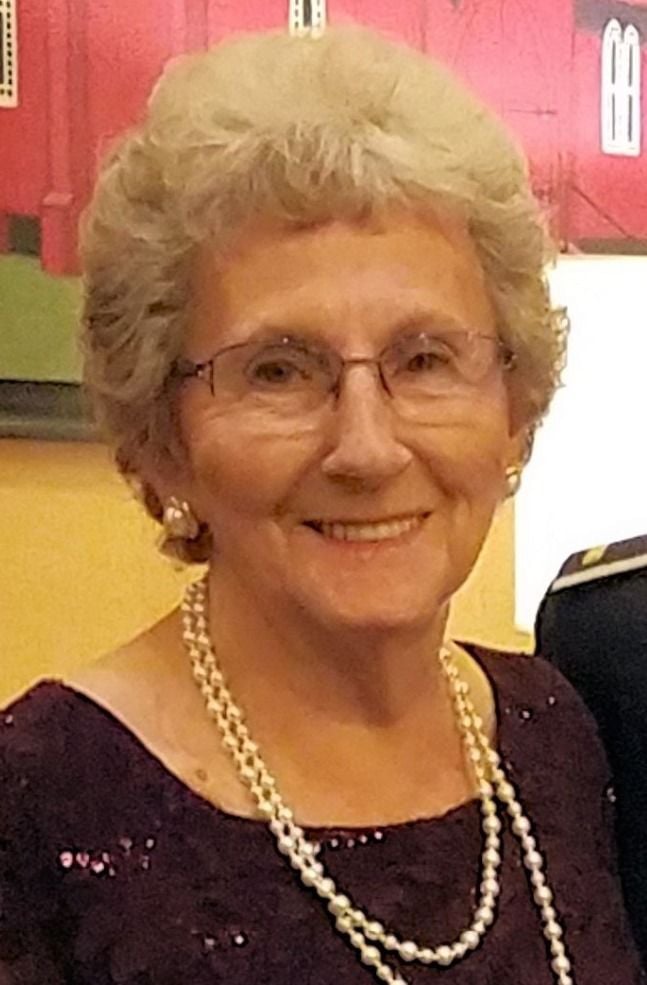 Tomlin, Priscilla H., - 85, of Cape May Court House, NJ, passed away on Saturday, September 7, 2019. Born in Wildwood to the late Frank R. and Edna Hess Bell and raised in Green Creek, she was a lifetime resident of this area. She was a member of the Green Creek Bethel United Methodist Church. She loved spending time with her family and looked forward to her winter trips to Florida. She enjoyed watching football and baseball. Mrs. Tomlin is survived by her husband of 64 years, Philip Tomlin; her children, Deborah Bianchino, Philip (Kim) Tomlin, Jr., and Karen (John) Reardon; her sister, Loretta Schellinger; her seven grandchildren; her six great grandchildren and one on the way; and many in-laws, nieces, and nephews. She was preceded in death by her special son-in-law, Louis Bianchino; her brother, Frank Bell; and her sisters, Clara Caprioni and Millicent Morris. Funeral service will be held on Friday, September 13, 2019 at 11:00 a.m. at the Radzieta Funeral Home, 9 Hand Avenue, Cape May Court House, where viewing will begin at 9:00 a.m. Interment will be in Green Creek Methodist Cemetery. Memorial donations may be made to the Green Creek Bethel United Methodist Church, 386 Route 47 South, Green Creek, NJ 08219. Condolences at www.radzieta.com