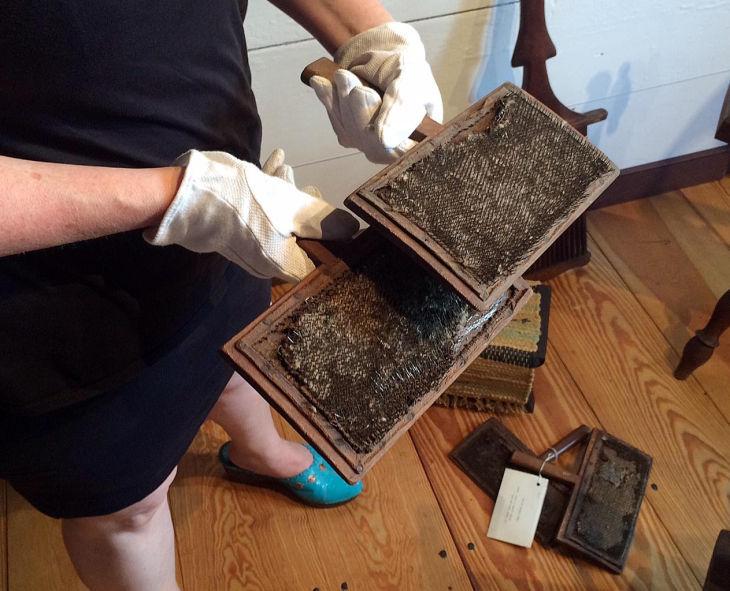 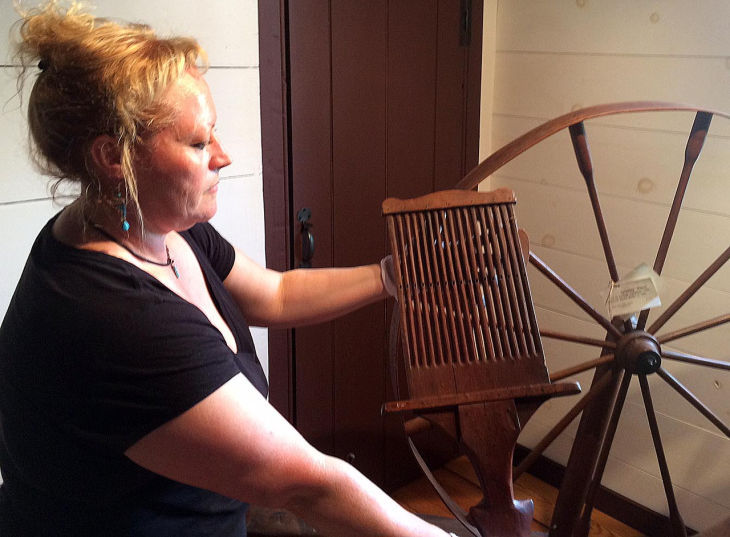 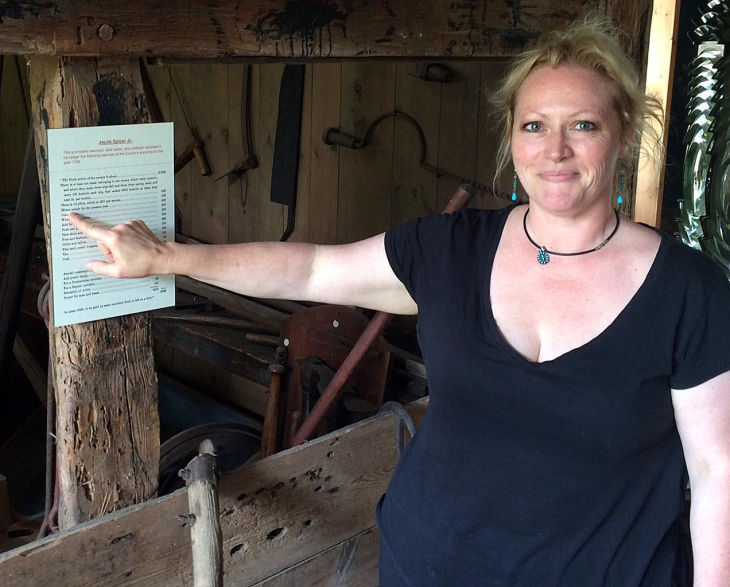 CAPE MAY COURT HOUSE — Colonial women in Cape May County might have created America’s first brand-name designer clothing — worsted wool mittens known as Cape May Mitts — and they could thank Benjamin Franklin and his wife.

Cape May Mitts, as well as stockings and other wool products knitted by Cape May County girls and women, were the rage in Colonial Philadelphia when only imported textiles from foreign lands got brand names from where they originated.

The story was uncovered by Goshen historian Jamie Hand and this October will lead to the first Cape May Mitten Festival on the grounds of the Museum of Cape May County. The festival is set for Oct. 11.

Hand’s research included reading 18th century newspaper articles, a key letter written by Franklin, journals from Colonial settlers and ledger books from merchants. His research took him to historical societies in both Pennsylvania and New Jersey.

Hand uncovered numerous newspaper advertisements for Cape May Mitts. He said imported textiles such as Irish linen and India calico were often identified by their country of origin, but he could find no earlier examples of domestically produced clothing getting a brand name.

“It may be the first brand name in America,” Hand said.

There are only brief mentions of the mitten industry in local history books even though documentary evidence shows it was the county’s fourth largest business before the Revolutionary War, behind livestock, oysters and lumber. A 1775 entry in the journal of early county resident Aaron Leaming Jr. shows 8,400 pairs of mittens were made that year using 1,689 pounds of wool, and that did not include stockings, caps and other wool export items. The 1758 journal of Jacob Spicer Jr. lists mittens as one of the most important county export items.

The women sheered their own sheep and much of the wool was treated at the fulling mill in the Lower Precinct (Lower Township) owned by Richard Downscq. The mill used a tributary of Fishing Creek that still runs under Fulling Mill Road in Lower Township.

“It shows a degree of industry in Colonial Cape May County women that should surprise a lot of people,” Hand said.

“It’s a part of history no one really knows about. It shows the economic contributions of women and girls. The statistics don’t lie.”

Sheila McCloycq, a curator at the museum, said history is usually about white European males and little is documented about the contribution of women.

Hand said he was amazed at how many newspaper articles he found with Franklin telling the story of the Cape May mittens.

“There were about 50 newspaper articles. He liked to tell how he started the Cape May mitten trade,” Hand said.

The women, who had been making the mittens for their own families since arriving on the Cape in the 1600’s, apparently got to keep much of the money. Hand found a ledger book from merchant James Cochran for the years 1761 to 1776. Cochran had 262 accounts and over 100 were women. He found the women often paid their debts with mittens, bartering them for ribbons, combs, silk handkerchiefs and other items.

The Industrial Revolution brought steam-powered machinery and an end to the hand-made mitten trade. The widow Mehitable Simpson may have been the last mitten maker. She raised sheep on her Goshen farm, clipped and carded the wool, spun the yarn, and knitted mittens, socks and caps that were taken by packet sloops from Goshen and Dennis creeks to the Philadelphia market. Simpson sold the farm in 1871 and after that there are no historical references to Cape May mittens.

The Museum of Cape May County has artifacts from the era including carding combs, warping wheels, tape looms, spinning wheels, and wool winders dating as early as 1754. They do not have any Cape May Mitts, though Hand believes there are still some out there somewhere.

“I’m sure there are still some Cape May mittens in an attic or a private collection,” Hand said.

Finding some Cape May Mitts would only add to the upcoming festival. It would give local knitters an example to copy.

There are still some unanswered questions, including how early the cottage industry began. Hand does not know the year Franklin interacted with the boat captain. Franklin moved to Philadelphia in 1726 and met Read in 1730. Hand found a reference to the mill used to clean and treat wool at Fishing Creek in an Oct. 10, 1735 Pennsylvania Gazette article.

Hand said the more glamorous early industries such as whaling and shipbuilding get all the attention because historians, male and female, tend to focus on the male history of the county.

Benjamin Franklin’s role in the Cape May mitten trade may actually be attributed more to his wife Deborah Read. The story is spelled out in a July 26, 1784 letter from Franklin to his friend Benjamin Vaughan and recounted in numerous newspaper obituaries on Franklin’s death in 1790.

According to the story, the skipper of a shallop boat that plied between Cape May and Philadelphia had done Franklin a small favor but refused to be paid.

“My Wife understanding that he had a daughter, sent her as a Present a new-fashioned Cap,” Franklin wrote Vaughan.

Three years later the shallop captain and a farmer from Cape May were having dinner at Franklin’s house in Philadelphia when they told Franklin the cap had spurred a new enterprise.

The captain said his daughter wore the cap to meeting, which Goshen historian Jamie Hand believes was at the Cold Spring Presbyterian Church in Lower Township, and the cap was so admired “that all the girls resolved to get such caps from Philadelphia.” This would have cost at least a hundred pounds and money was tight in Colonial Cape May County.

According to Franklin’s letter, the women starting knitting mittens so they could sell them and buy the caps. Within a few years the women were pulling in 500 pounds a year, enough to buy the caps and other luxury items from Philadelphia.

Franklin used the story to debate whether luxury items really were evil. The debate turned into free advertising that boosted Cape May mitten sales. It was picked up in newspapers as far away as Vermont, Connecticut and Baltimore.

“Suppose we include in the Definition of Luxury all unnecessary Expence, and then let us consider whether Laws to prevent such Expence are possible to be executed in a great Country; and whether if they could be executed, our People generally would be happier or even richer. Is not the Hope of one day being able to purchase and enjoy Luxuries a great Spur to Labour and Industry? May not luxury therefore produce more than it consumes, if without such Spur People would be as they are naturally enough inclined to be. Lazy and indolent?” Franklin concluded luxury items could be a good thing for the new nation since “not only the girls were made happier by having fine Caps, but the Philadelphians by the Supply of warm Mittens.”

Hand said at that time in early America wanting things, especially luxury items, was frowned upon.