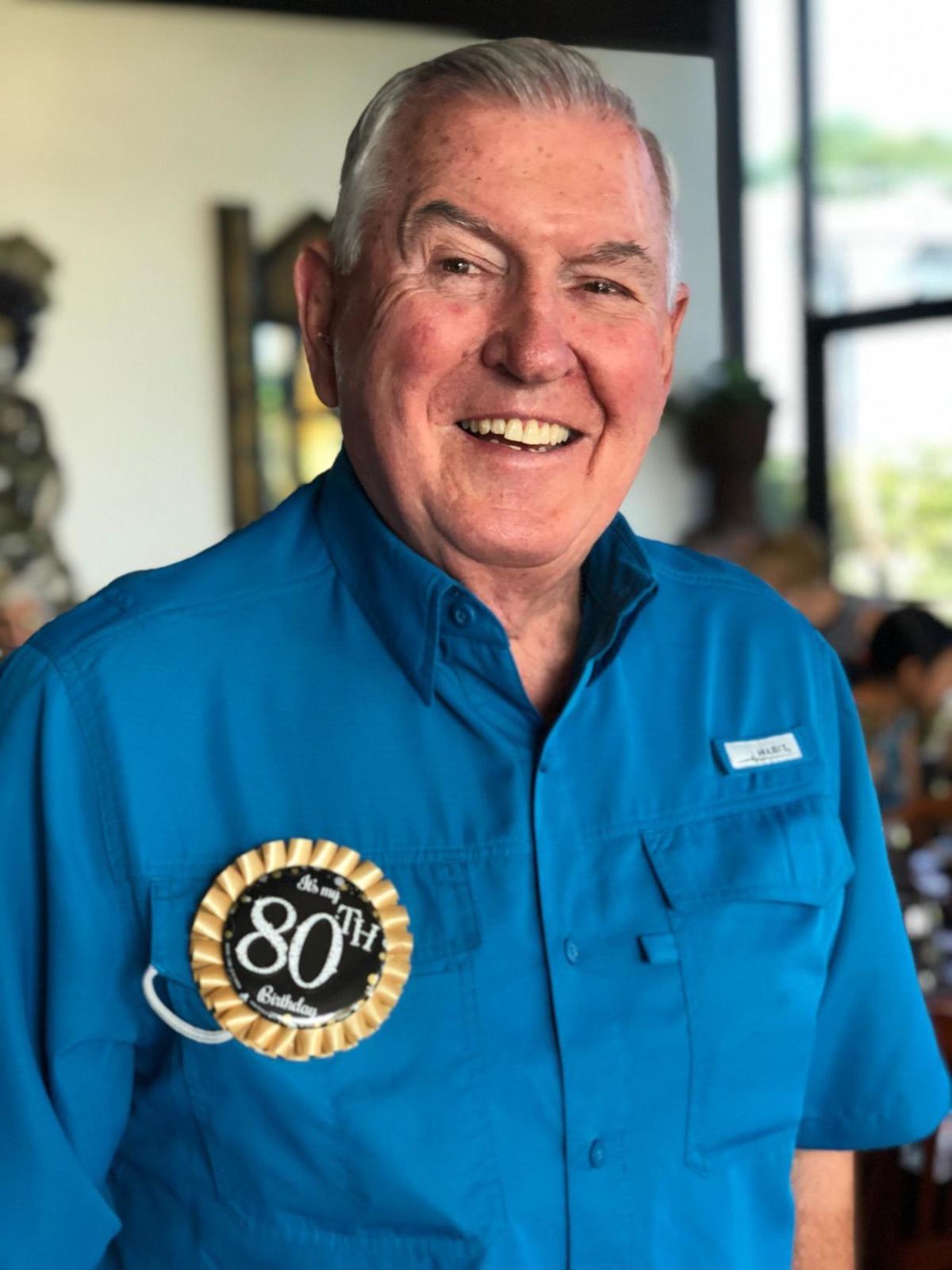 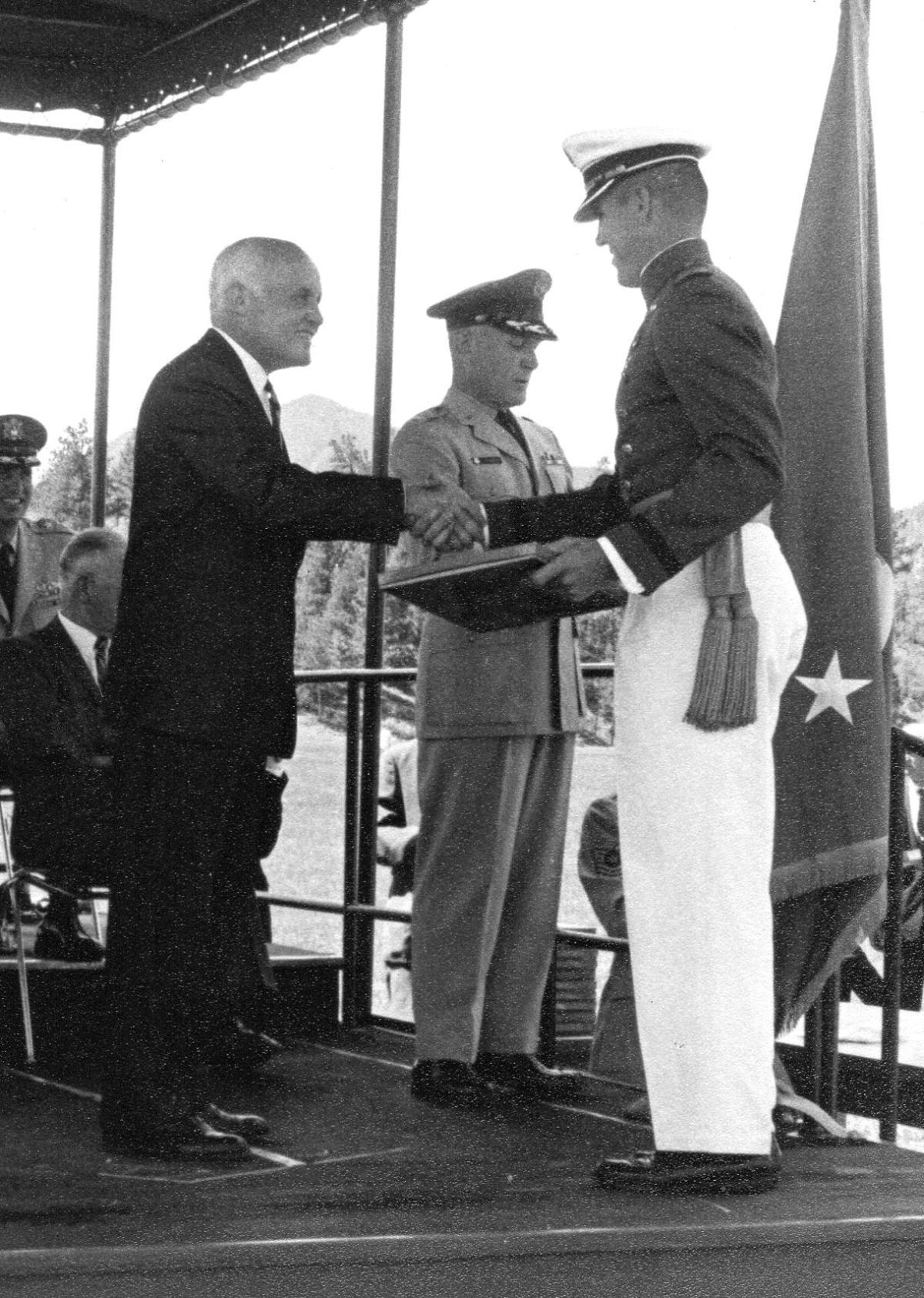 COLLEGE STATION, Texas - Early in his career as a pilot for the U.S. Air Force, James “Lee” Leroy McCleskey was tasked with attacking enemy vehicles on the Ho Chi Minh Trail in Vietnam.

One night, in February 1967, McCleskey and his navigator, Capt. Mike Scruggs, were paired with another A-26 twin-engine plane, a smaller and more agile cousin to the B-26 bomber, on just such a mission.

The two planes made several passes before the fuel cell on Lee’s plane was hit by enemy fire from the ground, McCleskey said recently. The planes crossed into Thailand, but McCleskey’s plane was on fire, and he and Scruggs were forced to bail out.

“At that time, I reached up and jettisoned the canopies,” McCleskey said. “I told Mike to get out. That’s when he was blown over the back of his seat. ... He got tangled up back there. He was having trouble getting over the side of the plane, and the wind was blowing him around. I was trying to fly the plane, and I pulled him up out of there because I wasn’t leaving without him. It was pitch black, and the fire was getting big. I knew time was short. I turned and dove out of my side after he’s gone out the right side.”

The men landed a mile apart from one another, their parachutes having successfully deployed. Scruggs broke his ankle, and McCleskey had significant injuries to his legs.

The men in the second plane didn’t make it.

“They were too close, so when Lee’s plane blew up [in the air], it killed the men behind them,” said McCleskey’s wife, Joanie. “And it was so sad, because they were trying to help [McCleskey and Scruggs] get home.”

McCleskey said talking about the past can be painful, and Joanie said he still struggles with the thoughts of the people who died in the vehicles targeted by his plane.

After recovering from his injuries, McCleskey chose to return to Vietnam, declining an option to stay in the United States.

“I felt like I had not finished my tour, and the other guys there were battling every night,” McCleskey said.

Following his tour in Vietnam, which included 151 combat missions, McCleskey continued his service with the Air Force, rising through the ranks and specializing in intelligence work.

For 18 months in Louisiana, he trained Vietnamese pilots who had defected to the other side of the conflict. After moving to California, he helped with a project aimed at preventing vehicles from using the Ho Chi Minh Trail.

He went on to serve at the Pentagon and was assigned the task of inspecting embassies at 46 countries.

McCleskey retired from the Air Force as a colonel in 1992, after 30 years of service. He had earned two Silver Stars, a Purple Heart, a Distinguished Flying Cross, two Bronze Stars, a Legion of Merit and many other awards and distinctions.

After leaving the military, McCleskey became the deputy commandant for discipline and training for Texas A&M University’s Corps of Cadets, a position he held for seven years.

“It was different, but it was an awful lot of fun,” he said. “I made a lot of friends with the cadets.”

McCleskey then served as head of safety and training for the Physical Plant Complex at Texas A&M. He retired fully in 2005 and spends his time today volunteering with the Brazos Valley Food Bank, teaching Sunday school at Parkway Baptist Church of College Station and spending time with his family, including 16 grandchildren.