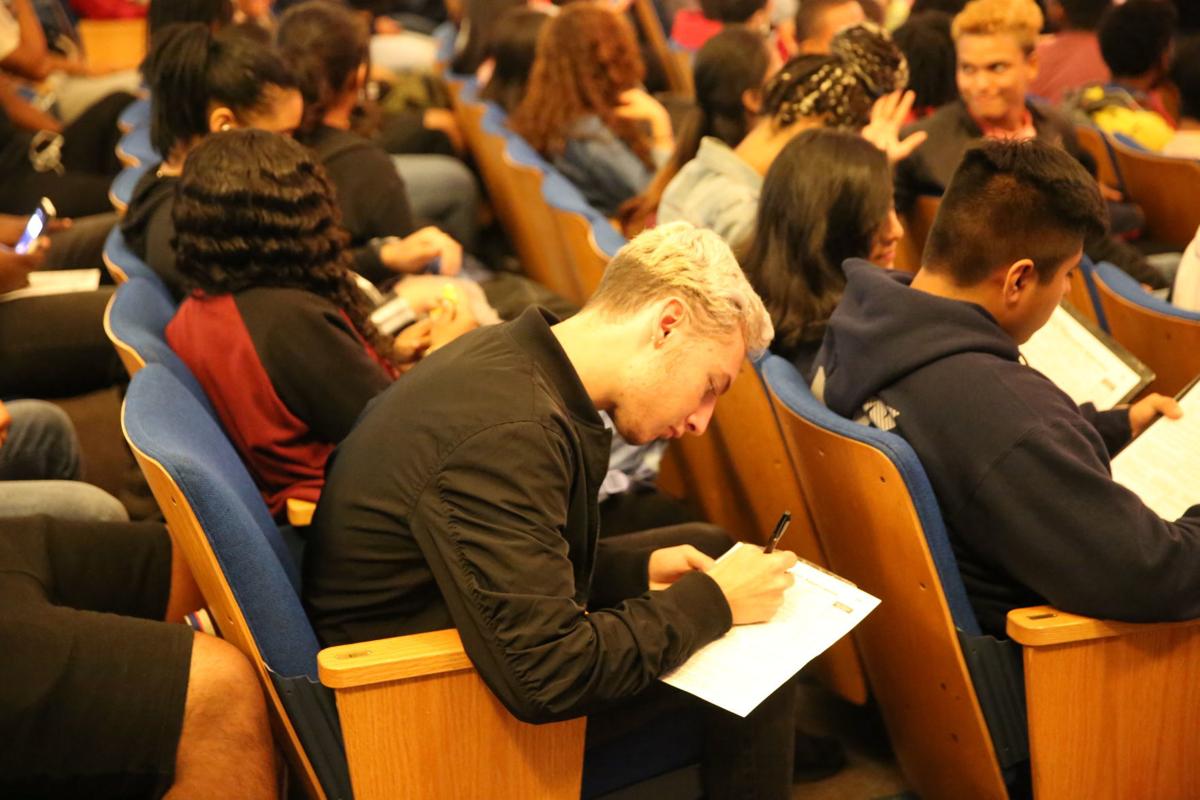 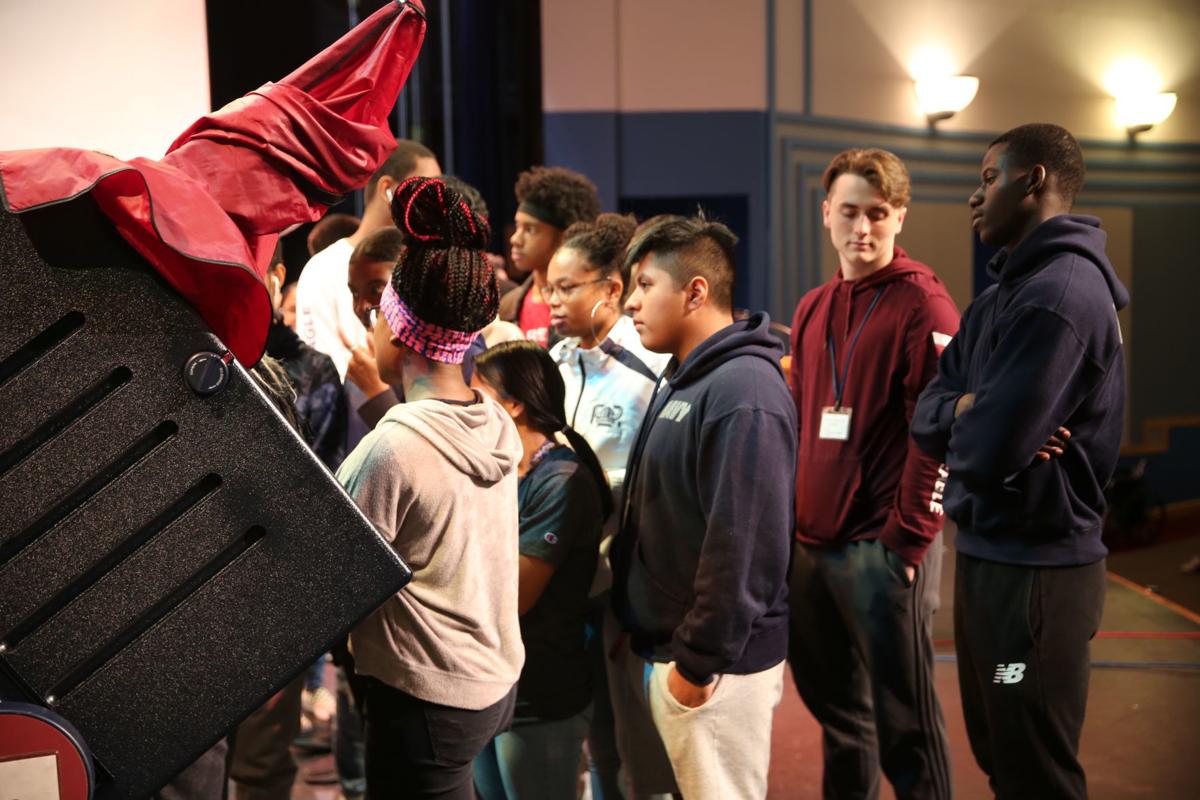 Seniors at Atlantic City High School check out a voting machine during an assembly Tuesday morning.

Seniors at Atlantic City High School check out a voting machine during an assembly Tuesday morning.

ATLANTIC CITY — Sitting near the front of the auditorium Tuesday morning at Atlantic City High School, Kevin Miller leaned a voter registration form against a notebook on his lap, filling in the blanks.

The assembly, a gathering of the senior class on National Voter Registration Day, was mandatory, Miller said, but that didn’t make it any less significant.

“Voting is certainly important because it determines who is put in office,” the 17-year-old said. “We all have to decide on the right person.”

Students in Atlantic City weren’t the only ones filling out voter registration forms. Seniors in Atlantic County’s 10 public high schools learned how to register through assemblies Tuesday run by the county Superintendent of Elections, League of Women Voters and NAACP. First-time voters have until Oct. 15 to register to vote in the general election Nov. 5.

Asked if he was excited to register to vote, Miller smiled, saying it was “not like a birthday party, but it’s something we all have to do.”

Charles Goodman, organizer and political action chairman with the Atlantic City NAACP, spoke to the students as they filled out their forms, explaining the importance of using their vote to make the changes they want to see in any elected office, from City Council to the presidency.

“When they say every vote counts, it’s real,” Goodman said. “You hear someone lost by seven or eight votes and you realize that nine people who might have stayed home could have changed the outcome of the election.”

Officials at the assembly encouraged students to use their right to vote as an extension of their voice.

“It’s important that you know the significance of using your vote so your voice is heard,” Principal La’Quetta Small said.

After the students handed in their forms, they stepped up on the auditorium’s stage and into a voting booth.

Joanna Thomas, an office administrator at the Superintendent of Elections, taught the students how to use the buttons.

“This is like the Super Bowl for us,” she said. “We’re the Superintendent of Elections — this is what we’re here for.”

The assembly was a good idea to help students who might have not registered on their own, said Rachel Swartz, 17.

“I think it’s important to have your voice heard,” Swartz said. “To elect a president or anyone else. We determine who wins and who loses.”

Is it time to split up Pleasantville High School? Local officials discuss

HAMMONTON — Walking past businesses on a sunny weekday morning in August, there’s a buzz of …

ATLANTIC CITY — A new Dollar Tree store is expected to open later this year in the city.

Artists of any skill level or experience can participate in the third annual Plein Air event Saturday in the Atlantic County Parks System.