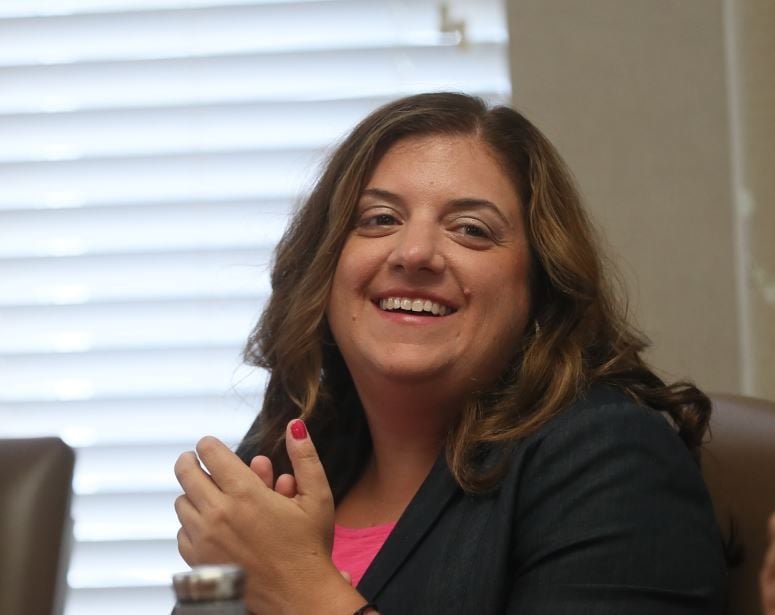 Prior to being elected to the Atlantic County freeholder board, Amy Gatto was mayor of Hamilton Township. 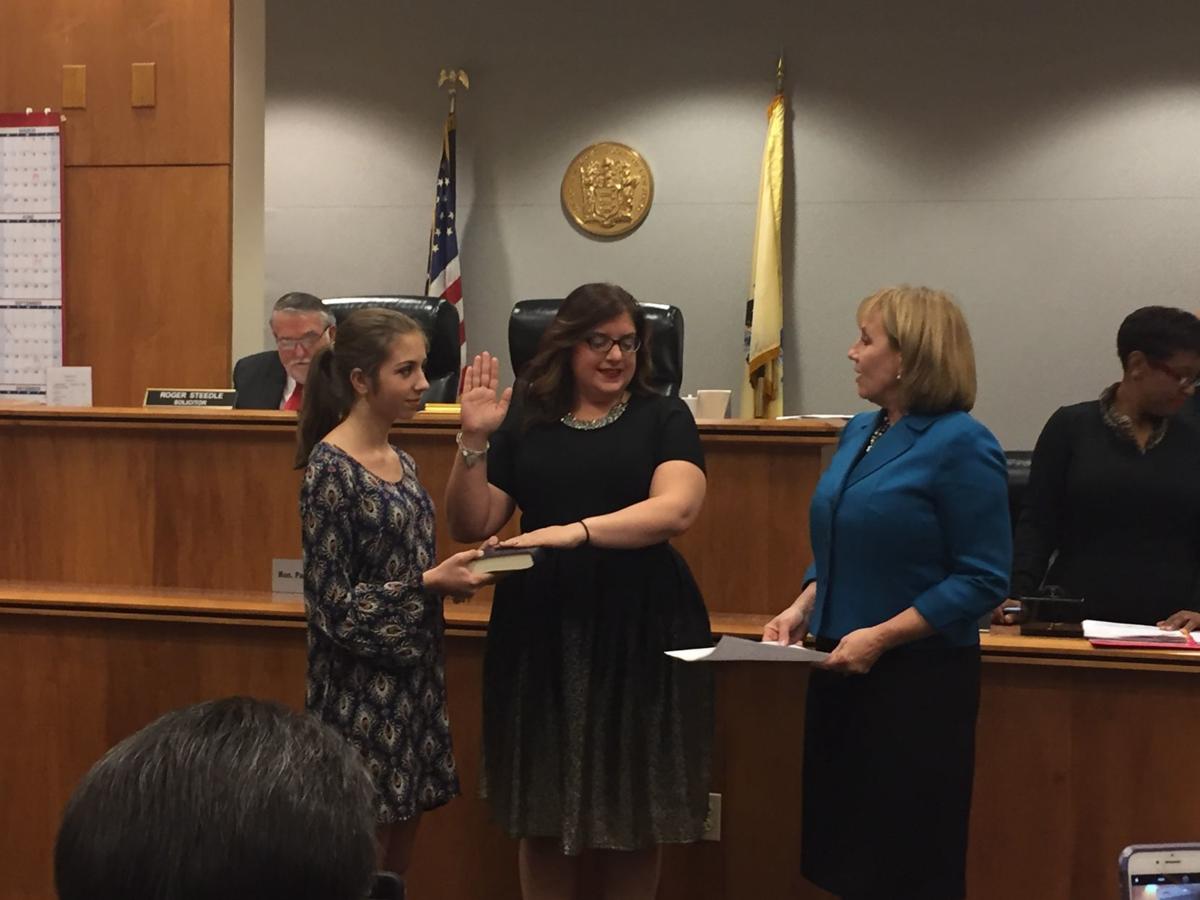 Prior to being elected to the Atlantic County freeholder board, Amy Gatto was mayor of Hamilton Township.

The Atlantic County Board of Chosen Freeholders has its first-ever woman chairperson.

Republican Amy Gatto, of Hamilton Township, was unanimously elected to head the board at its Jan. 1 reorganization meeting. Gatto replaced Frank Formica, who stepped down after eight years as chairman, though he remains on the board.

“I’m beyond humbled he made the nomination for me to fill his shoes. It’s quite an honor,” said Gatto, a lead manager in service operations for AXA, a financial services company. “He’s been a great mentor and has offered to continue that level of support.”

NORTHFIELD — The Atlantic County Board of Chosen Freeholders is considering banning plastic bags at county parks and plans to encourage municipalities to adopt measures aimed at curbing disposable bag use.

Republican Maureen Kern, of Somers Point, was re-elected vice chairwoman. Kern was elected freeholder in 2016 after being a Somers Point councilwoman and school board member.

After two female Democrat contenders won in 2017, the board is made up of four women and five men.

“Atlantic County has reached a historic milestone in helping crack the glass ceiling in New Jersey politics,” said Atlantic County Republican Committee Chairman Keith Davis. “The hurdles against women in running for office and obtaining leadership positions are significant, even though more than half of the electorate is female. Amy Gatto and Maureen Kern persevered and prevailed. It’s a proud day for Atlantic County and our party.”

Gatto said she will focus on building a stable 2019 budget as her first priority as chairwoman, but will also encourage participation in politics from a more diverse array of people.

Formica, who late last year announced his candidacy for state Assembly, said the chairmanship takes up a lot of time and he wants to focus on his Assembly race and working on legislation in Trenton that affects Atlantic County.

“I think it does make a statement that it’s 182 years since the county was organized, and this is the first female chair of the board,” Formica said.

Formica said he approached Gatto about becoming chairwoman because of her experience and her interest.

“You have got to have fire in the belly to do it,” he said, and he sees that fire in Gatto, who has said she knew as a young child she wanted to go into politics.

In 2011, Gatto made headlines at age 29, when she was the youngest person — and only the third woman — to be named mayor in Hamilton Township.

She first won a seat on the Township Committee in 2007, at just 24 years old.

Gatto was first elected to the freeholder board in 2016, after being appointed to finish the unexpired term of Freeholder-at-large Will Pauls.

She said another priority is building on the work already done to diversify the economic base of Atlantic County into more aviation and technical fields.

But the budget remains her primary focus.

“I was fortunate enough to chair the budget committee last year, and will continue this year,” said Gatto. “We want to keep things as stable and affordable as possible, while providing the services we need.”

Davis said the county committee will continue its efforts to encourage more women to run for office “until the composition of our boards, councils and commissions is a true reflection of the voters they represent.”

Amy Gatto sworn into freeholder board after successful election

Firefighter Nick Polito, of Hammonton, and Absecon Councilman Steve Light have announced their candidacies for the Atlantic County Board of Ch…