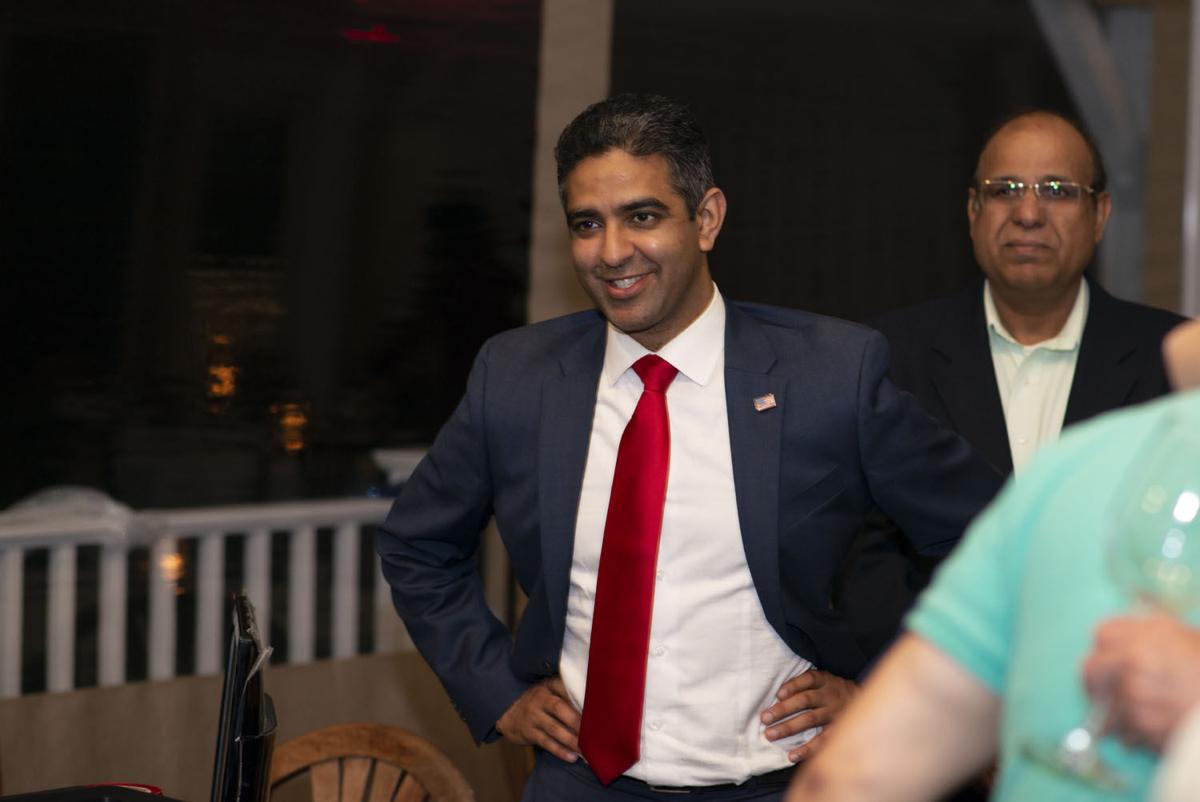 Hirsh Singh, a Linwood businessman who ran unsuccessfully in the Republican primary for Congress last year, announced Wednesday he will challenge U.S. Sen. Cory Booker in 2020. In this photo from June 6, 2018, Singh addresses supporters at McCullough's in Egg Harbor Township after being defeated in his primary bid for Congress.

The 33-year-old is a senior director for Hi-Tec Systems in Egg Harbor Township.

Singh won the endorsement of four of the eight county committees in the district in last year’s congressional race, including Atlantic County’s, and raised almost $100,000 more than the winner, Grossman.

But Grossman, who had better name recognition and a strong grassroots campaign, won the day.

Singh also angered party leaders like Atlantic County Republican Chairman Keith Davis, who accused him of misleading county party officials about how much personal wealth he had. After pledging to self-fund his campaign and raise as much as $2 million, Singh filed financial papers indicating he only has $50,000 to $100,000 in personal wealth, Davis said.

Singh also ran in the Republican primary for governor in 2017 but failed to get his party’s nod over former Lt. Gov. Kim Guadagno.

EGG HARBOR TOWNSHIP — The rally held Friday at the airport circle to end the U.S. government…

For South Jersey Democrats, all is going as planned heading into general election

Get to know Seth Grossman, the South Jersey GOP nominee for Congress

The morning after his surprise victory in South Jersey’s Republican congressional primary, S…

On June 6th 2018, at McCullough's in Egg Harbor Township, Singh goes down in defeat in his party's primary elections.

The chairman of the Atlantic County Young Republicans announced Tuesday he will seek his party’s nomination to challenge freshman U.S. Rep. Je…