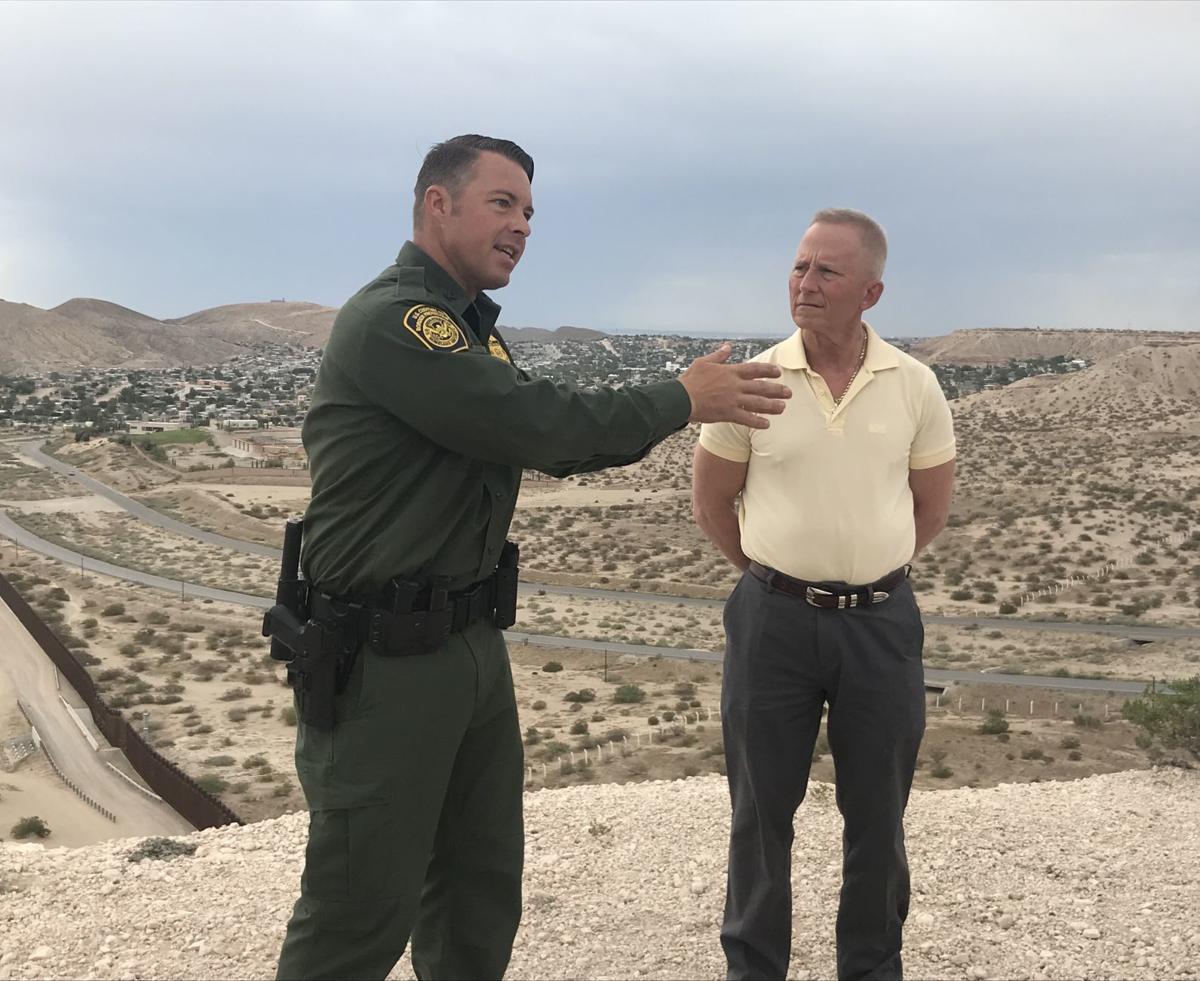 U.S. Rep. Jeff Van Drew, right, with a Border Patrol agent on the border in New Mexico, as part of his trip to the southern border from Sunday to Tuesday this week. He said he is concerned the Border Patrol remains understaffed and agents don’t have enough backup in a dangerous job. 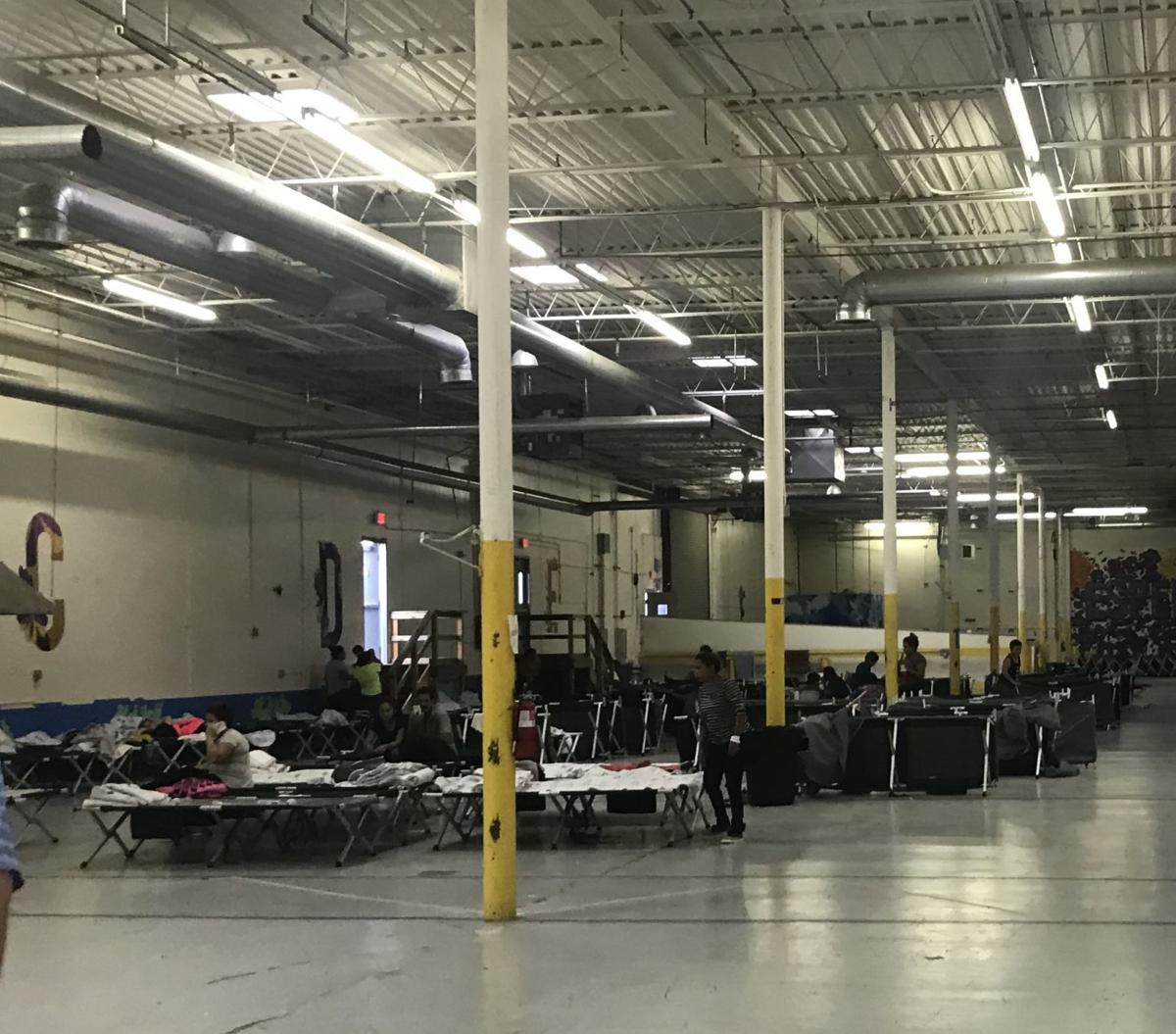 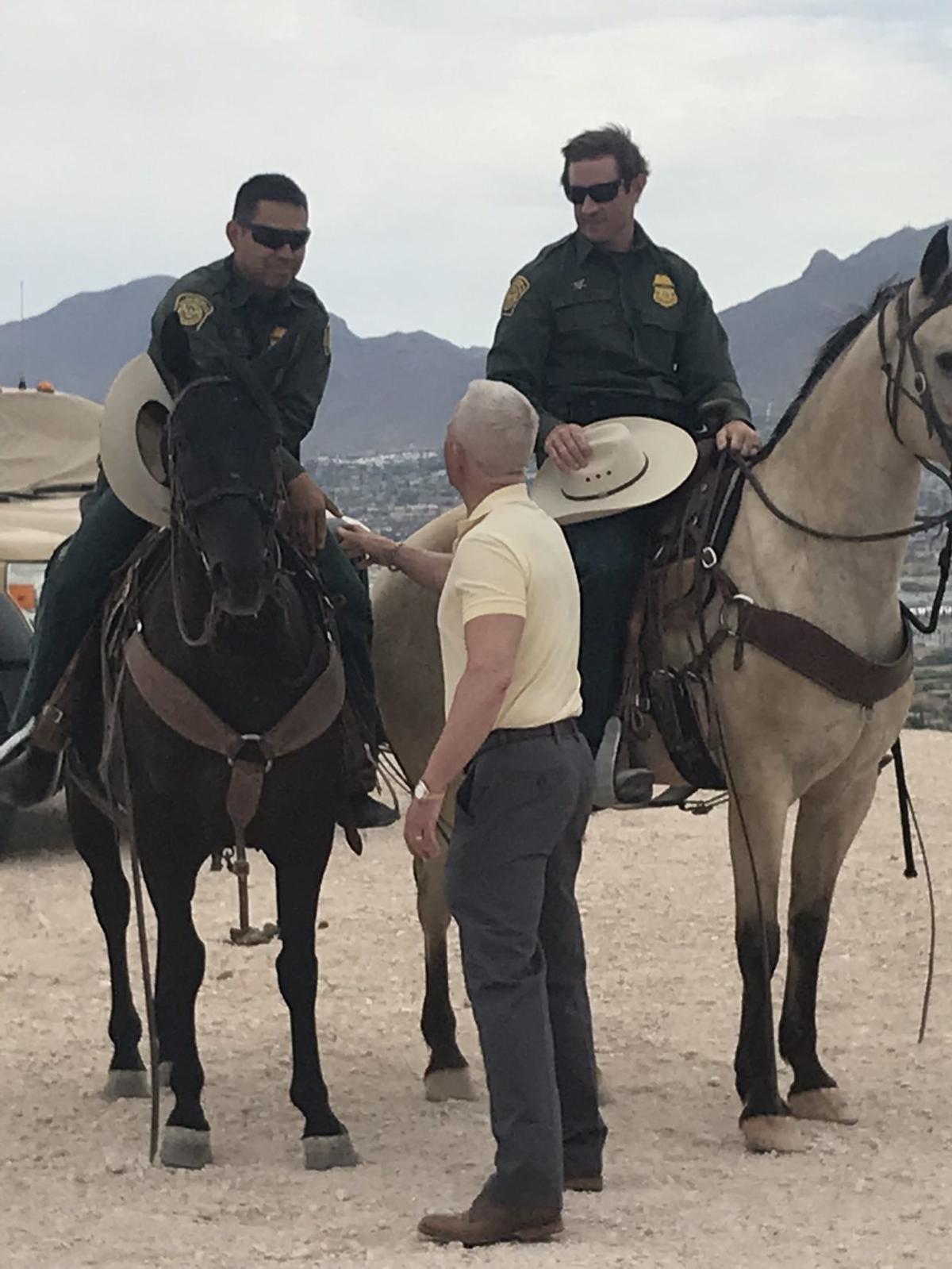 U.S. Rep. Jeff Van Drew, D-2nd, talks with border agents on horseback along the border in New Mexico, on a recent trip to see conditions there. Border agents often work in difficult conditions on foot and on horseback, he said, apprehending people on their own with no backup. He is calling for more funding to provide more agents on the border.

U.S. Rep. Jeff Van Drew, right, with a Border Patrol agent on the border in New Mexico, as part of his trip to the southern border from Sunday to Tuesday this week. He said he is concerned the Border Patrol remains understaffed and agents don’t have enough backup in a dangerous job.

U.S. Rep. Jeff Van Drew, D-2nd, talks with border agents on horseback along the border in New Mexico, on a recent trip to see conditions there. Border agents often work in difficult conditions on foot and on horseback, he said, apprehending people on their own with no backup. He is calling for more funding to provide more agents on the border.

It’s up to Congress to restructure the nation’s immigration laws to better protect U.S. citizens and security, the immigrants and the Border Patrol agents who often work alone in dangerous situations, he said.

“We have a job to do and need to do it,” said Van Drew, who traveled with Republican Alabama Rep. Bradley Byrne and met with Democratic Texas Rep. Veronica Escobar in her home district around El Paso. “Things are not going to get substantially better unless we do that.”

An unprecedented number of families have been coming to the southern border over the past year, straining government resources and resulting in dangerously overcrowded detention facilities.

From October through the end of June, the Border Patrol apprehended more than 688,000 people, over half of them families and unaccompanied children. Although people from all over the world enter the United States via the Mexican border, the vast majority come from Guatemala, Honduras and El Salvador, three Central American countries where violence and poverty have gripped many lives.

During Van Drew’s visit, he witnessed from a distance a family of three illegally crossing a shallow area of the Rio Grande River, he said, estimating it was two young parents and a 10-year-old child.

They made it across but were likely to be caught by Border Patrol, he said.

Van Drew has long said he wants to see a path to citizenship for undocumented people already here, especially “Dreamers” brought here as children, if they are willing to learn about the U.S. and submit to a background check.

It would need to happen along with more funding to better secure the border with physical barriers where effective, and for increased staffing for the Border Patrol, better facilities for holding immigrant families and more judges to process amnesty applications, he said.

From 2016 on, Congress has allocated more than $2.6 billion in foreign assistance to countries in Central America, hoping funding would reduce violence and poverty and stem migration north.

But President Donald Trump announced earlier this year he was slashing funding in retaliation for the high number of migrants coming from those countries.

The Trump administration has instituted a number of new policies that make it nearly impossible to seek asylum through border crossings, including a dramatic reduction in the number of people allowed to petition for asylum. Instead, asylum seekers are forced to wait in Mexico, joining thousands of others on a wait list. Known as “metering,” it takes months before they’re even allowed to approach U.S. officials to initiate the process.

The wait lists are managed by the migrants themselves, as well as by local shelters or the Mexican authorities. The U.S. government decides how many people are allowed to request asylum each day, but there are days when they don’t call on anyone in some cities.

Meanwhile, conditions at the detention centers seem to have improved with the help of funds Congress approved for supplies and new buildings, due to be completed in August, Van Drew said.

And Mexico has helped alleviate overcrowding by providing temporary work visas and holding immigrants on its side of the border, he said.

“The facilities were clean, and I thoroughly investigated the kitchen and meals, lavatory, and medical unit where they had dental services as well as multiple nurse practitioners offering help,” Van Drew said.

But he said continued understaffing of the Border Patrol puts agents in danger.

“These officers must patrol the border on horseback or on foot completely alone due to the lack of support. It is a dangerous job,” Van Drew said. “If they encounter immigrants, these solo patrols must apprehend the groups without backup.”

While they have military support from the Army and National Guard, it is limited to support services like construction and vehicle maintenance, Van Drew said. U.S. military members do not interact with the immigrants, he said.

“Most importantly, separation of children from their parents has been eliminated, and we must ensure that it stays that way,” Van Drew said. “The atrocious situation that we saw this year is completely unacceptable. We cannot ever put children in cages again.”

The Associated Press contributed to this report.

Van Drew to push for newer jets at 177th

Because of the congressional recess, there will be no regular voting report this week. How y…

Trump tweets about impeachment, thanks Van Drew for his stance

U.S. Rep. Jeff Van Drew, D-2nd, is standing firm in his opposition to an impeachment inquiry called for by House Democrats, and the President …